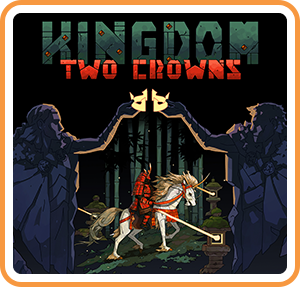 I was issued a side quest by fellow staff member TheNerdBasement prior to the publishing of this article, in which I was told to “use less words.”

– What’s new? Online and local co-op, a campaign mode and save files, and numerous gameplay elements and enhancements.

– What if I don’t like strategy/simulation games? Play New Lands first, then buy this.

– Why should I buy both? The first is more rogue-lite, this is more campaign-based. They scratch different itches.

– What if I don’t like rogue-lites? Then buy Kingdom: Two Crowns.

If you enjoy my usual format and verbosity, please continue reading.

Kingdom: New Lands is a very fun, very soothing simulation experience with an end-state, but some rather punishing rogue-lite difficulty and a few other elements that might dissuade a more casual buyer. However, Noio’s Kingdom: Two Crowns takes just about everything you could love about New Lands and updates it in this title. While Two Crowns may not boast much of a graphical update, there are still plenty of excellent improvements, additions, and polish to make this one of the best experiences I’ve had with an independent title all year.

Kingdom: Two Crowns has the player taking control of a horse-riding monarch on a quest to rid the surrounding islands of the Greed, a mysterious and ravenous force of evil. Much like the previous title, this can be achieved by building up and protecting a small settlement, advancing through tech trees and resourceful planning, and finally taking the fight to the enemy with your own brigade in order to destroy the portals the Greed use to cross over into the kingdom. Along the way, one can explore the undeveloped forest around them in order to obtain hidden stashes of currency, recruit beneficial support NPCs, and scout out the placement of portals for future planning, offense and defense. New to this game, however, is the addition of jewels- rare currency that shares wallet space with currency- and their ability to permanently unlock spawn points for certain NPCs and mounts, of which there are also several new variations.

Because jewels are harder to find, a player may have to jump to several islands and build up this currency before returning to previously settled land in order to unlock new and valuable tools. However, these jewels open up access to these tools once for every monarch, meaning players will have the opportunity to take advantage of these tools only once during their current reign. It is a nuanced system that may sound a bit difficult on paper, but it helps retain a steady sense of progression as well as the notion of permanent upgrades, even if that only means permanent access. 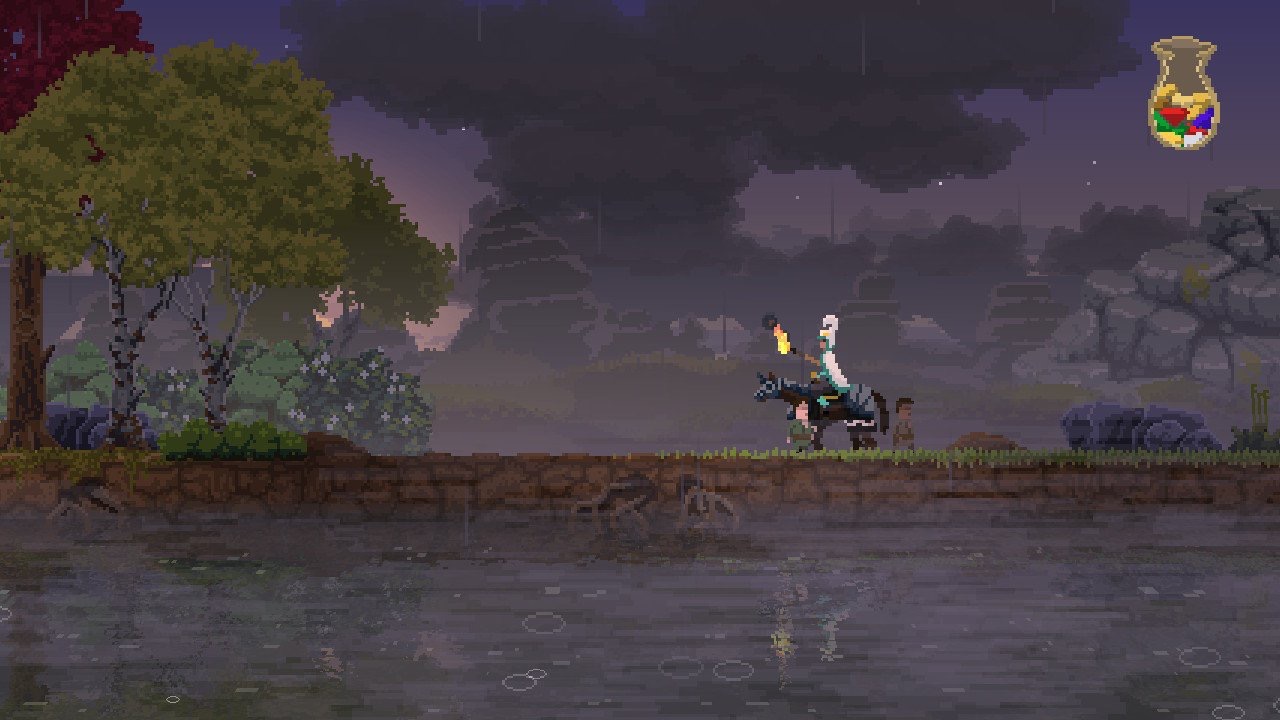 Despite some upgrades being permanent, settled land does not get the same treatment. Eventually, pushing back against the Greed or spending enough time in one place will bring about a wave of enemies too great to defend against, or a season where currency accrual will no longer be an option. So, the monarch will have to attempt to jump ship figuratively by taking a literal ship to another island. If venturing to new territory, one will need to start a civilization all over again, albeit with whatever reinforcements they set sail with. If a player returns to a previously-visited island, however, they’ll find that things have slightly decayed, and need to build up their old settlement in order to return it to its former glory. Although high tech tree levels will enable settlement walls the ability to stand the test of time, departing for another island is a risky proposition, even if setting sail has become much easier with a new docking system.

The most notable addition is the new Iron Age expansion to the tech tree, which opens up new possibilities like taking out the great Greed portal located on each island. This is the closest thing to a boss fight Two Crowns has, and often, it will require incremental damage dealt over multiple return trips in order to overcome. Once familiar with the systems, a monarch will find themselves in a constant state of spending currency on resources that will be useful five steps in the future, lending a great sense of flow to the game.

The path towards these thrilling climaxes, however, is just as serene and lovely as before, with new music tracks, additional seasonal graphics, and a swath of new animations making Kingdom just as much a delight on the eyes as it is an exercise in strategy for the brain. The soundtrack never demands a great deal of attention from the player, opting for subtle musical cues to imply the dawn of a new day or the threat of incoming Greed. Not only have the monarch skins for the player character been given much more variety, but even basic units and elements from New Lands have been given overhauls and new animations.

The behavior intelligence for non-playable characters has improved, as well, although there are still a few scenarios where they act bizarrely, such as NPC recruits ditching the player mount at inopportune times. Atop this, there are unique aesthetics and even skill tree units for players who begin campaigns in both the classic European setting as well as the Eastern setting, giving the game a whole new coat of paint depending on player preference. 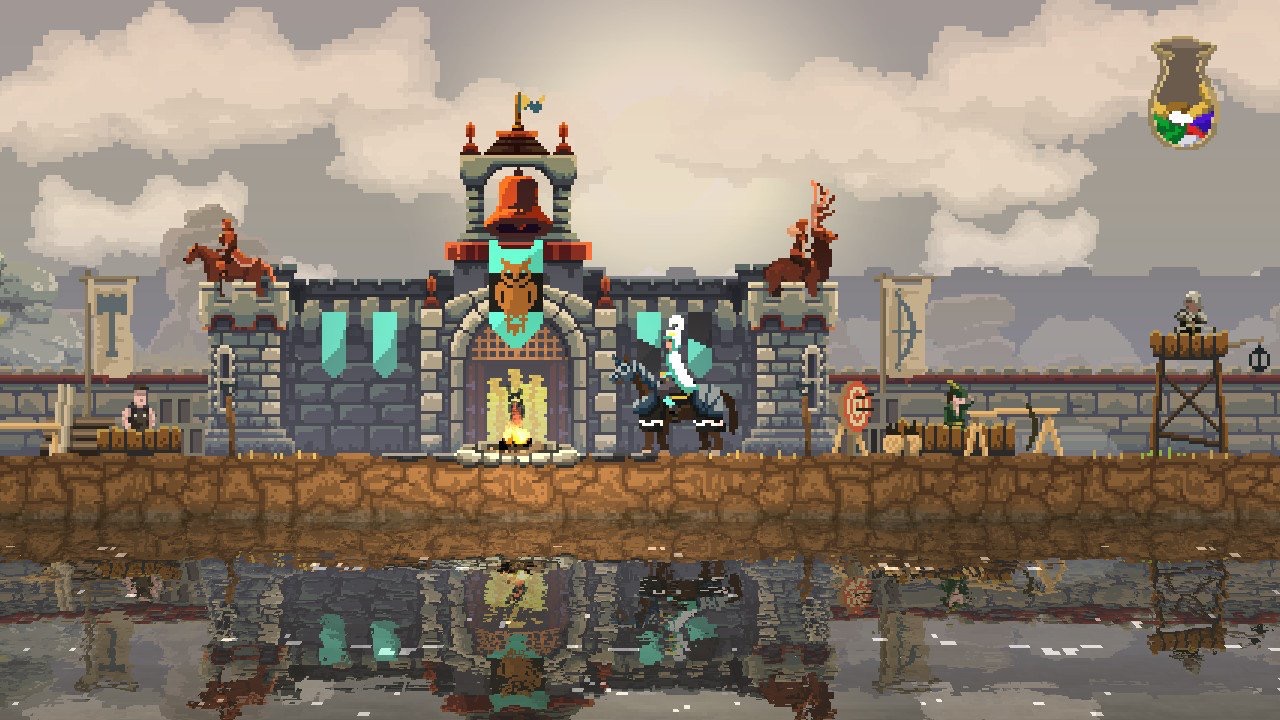 With all this added complexity come some increased loading times and frame rate jitters, but it never results in anything too jarring or momentum-breaking. There is a bit of a monotonous victory screen upon defeating the great Greed portals that takes a bit too long to complete, but it doesn’t ruin the experience at all. The staggering amount of both allies and enemy units onscreen during combat, defense, and critical scenarios is still a very impressive sight to behold, and serves as a reminder that the fame is both peaceful and stressful, at times. Playing through both aesthetic and technical variations of Two Crowns should net even an experienced player around 45-60 hours, and that isn’t factoring time spent playing co-op.

The local option is a lovely alternative to online, and the way the screens as well as the monarch crown are managed throughout play are very clever. Because of the addition of co-operative play, islands have grown in size and resources have had some balancing in terms of price, but they still feel reasonable and achievable in both modes.

Although it may not look like it at first glance, Kingdom: Two Crowns has a great deal more to offer than its predecessor. Both games play similarly, but the added complexity of tasks in Two Crowns means there is much more planning and execution to be performed. Though owners of New Lands might find that intimidating, many mechanics, such as the never-ending winter, slow trudge to the docks, and constant shrine recharge have been revamped in much more convenient ways, facilitating the pacing. Even if one has no intention of playing online or local co-op, the campaign is dense enough to offer a satisfactory experience.

The question worth asking, of course, is whether or not New Lands and Two Crowns play similarly enough to skip one or the other. While I firmly believe that Two Crowns is the superior product, it is much more approachable than New Lands, whose systems and progression are more punishing and reset-oriented than Two Crowns. Playing New Lands first will help one identify familiar elements and functions within Two Crowns, however, and due to this, despite having more ways in which difficulty can be cushioned, a newcomer to Two Crowns may find it a bit overwhelming without consulting a wiki. Very little outside of the main tutorial is explained in either game, so the process of overcoming both is an uphill struggle. Sticking with Two Crowns, especially long enough to accrue a decent-sized pouch of jewels, will open the game up in ways New Lands simply could not. While not invalidating the previous title, the developers at Noio have created a sequel that shines as an independent title on the Switch, even during the holiday scene.