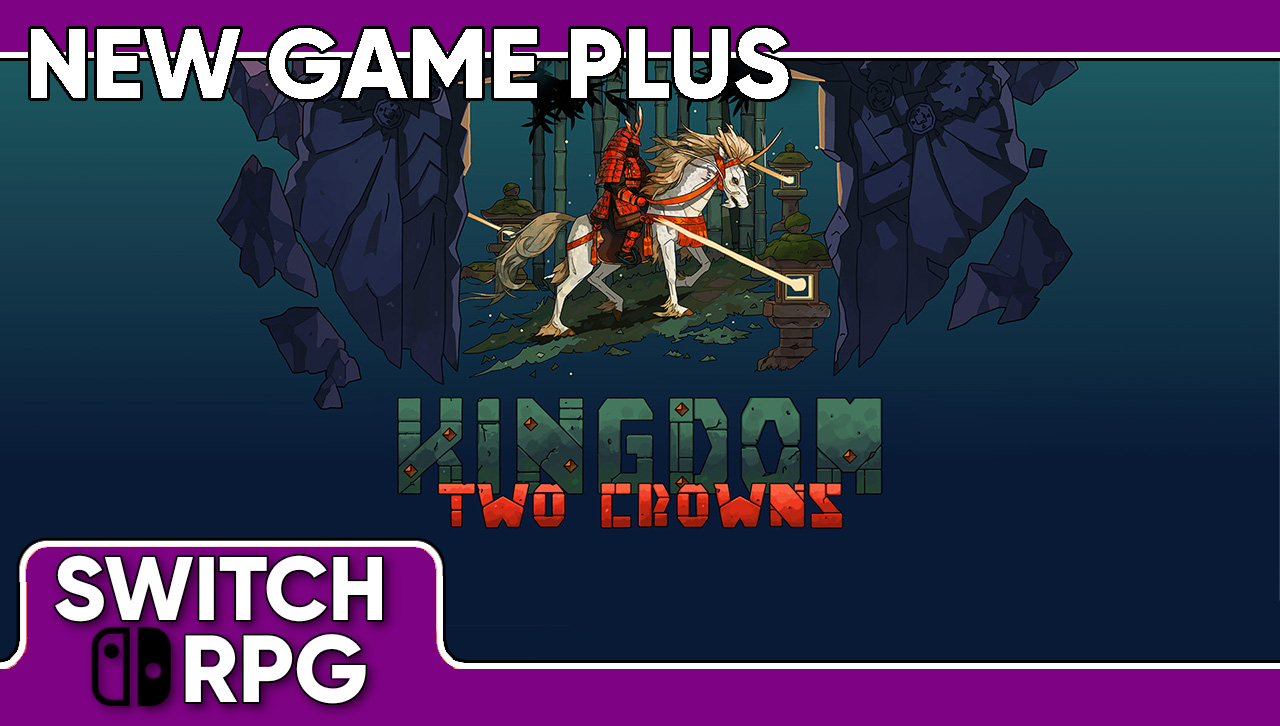 Released last year, Kingdom Two Crowns is the third installment in an ongoing series of monarch simulators. Played from a 2D perspective rather than the genre’s staple isometric positioning, players are required to manage their sprawling kingdom and allocate resources to the right areas at the right time. Because your kingdom spreads out in a linear sense, you’ll need to run from one end of your lands to the other, which can prove problematic, as with nightfall comes Greed, a demonic swarm of creatures intent on tearing down the walls of your lands. If your defenses should fail, your kingdom will be overrun, and if the Greed should exhaust all the gold from your personal reserves, they will take their final prize – your crown, which will rob you of your regency and cause your kingdom to crumble.

In Two Crowns, the added benefit of co-operative gameplay allows the defenses in the far reaches of your Kingdom better maintenance, though funds can also prove problematic when divided between two monarchs. The base game included both feudal European and Japanese civilization structures and aesthetics, mostly consisting of superficial differences, though both had their exclusive units. The developers would later add the Challenge Islands, a mode more akin to the previous title New Lands’ roguelike structure, as players attempt to live for as long as possible during certain scenarios. Kingdom’s latest update is substantially more impressive, however, and is a collaboration of art and gameplay styles resulting in an all-new campaign: Dead Lands.

Based heavily upon the characters and scenarios from Koji Igarashi’s successful Kickstarter project Bloodstained: Ritual of the Night, Dead Lands implements mechanics from the Metroidvania genre in ways that might seem subtle for some. The result of this, however, is a new collection of monarchs and mounts that drastically change the way a player approaches the general challenges of the game. Though the monarch was previously little more than a cosmetic choice of player avatar, Dead Lands allows the player to take on the roles of four characters from the Bloodstained mythos, the first being the protagonist Miriam. By using the Y button, you can strike out with Miriam’s whip, casting a wave of ice that will temporarily freeze Greed in place. Though this ability is on a cooldown, it can be combined with mount abilities of your kingdom’s defenses for potentially devastating effects.

You’ll need to explore the wilderness in order to obtain the other three playable characters, however, which can prove a risky proposition. Dead Lands’ forests are darker and more inscrutable than ever, which also makes it difficult to ascertain the position of the sun. You could potentially get caught off-guard by nightfall and overrun by Greed, if you are not careful. The other three playable characters: Gebel, Alfred, and Zangetsu all possess their own unique abilities, but in the spirit of Kingdom, we won’t divulge the details here. The most unique aspect of these monarch abilities is that they can be swapped out during gameplay, with players always starting (or restarting) their campaign as Miriam. Once the tech tree and a Kingdom have been expanded thoroughly and you’ve (literally) unlocked each of the alternative monarchs, you’ll be able to invest in a portrait that cycles through the playable characters, switching to them for a small price.

Monarchs are nothing without their faithful steeds, and mounts have been drastically altered to avoid redundancy and encourage experimentation. Though the game previously leaned into fantasy with griffons, large lizards, and unicorns, Dead Lands embraces the dark fantasy of its collaboration, introducing lightning horses, giant beetles, and golems, each with their own strengths and weaknesses. The abilities of these mounts are all spectacular, adding new types of strategy and stress to the normal gameplay loop. The game’s aesthetic update also reskins the hermit units, meaning you’ll need to relearn which of these gifts each benefit – though the outside of their homes usually reveals that information. All in all, Dead Lands offers something new for fans of Kingdom gameplay, as well as a potential entry point for Bloodstained enthusiasts. While the game doesn’t possess many Metroidvania elements, the inclusion of Bloodstained’s characters and aesthetic is faithful and exciting. Some additional improvements to map layout and character behavior make this recent update to Kingdom Two Crowns the best version of the game yet, and one well-worth checking out.

Have you played any of the Kingdom titles? Do you have any experience with Bloodstained, and what do you think of the game’s appearance in this title? As always, feel free to share your experiences in the comments below, and keep your eyes out for additional installments of New Game Plus in the future.