You Came to the Wrong New Lands, Kingdom

With the imminent release of Kingdom: Two Crowns on Switch, I thought it would be a great opportunity to revisit the first release in this series on the console. Although it features little stat-crunching, Kingdom: New Lands is most definitely a strategy-based rogue-lite. Many titles that take the Rogue concept and run with it into completely different genres, but Kingdom stays very rooted in the idea of real-time strategy, resource management, and civilization simulation, which runs firmly parallel with the idea of Role-playing. Kingdom is all about being the leader of a small community, making money and spending it in the right places in order to fortify your claimed land against the ever-hungry Greed, a race of creepy little otherworldly monsters who threaten to steal your crown. The catch- your lands are presented from a 2D side-scrolling perspective, meaning you have to run back and forth between the boundaries of your community in order to schedule construction projects, recruit poor peasants, and explore the dense forests at the edge of civilization in hopes of finding an escape from the Greed.

If this sounds a bit stressful, you might be happy to know that it is, at least, during the opening moments of the game. Booting up Kingdom drops you right into the ruins of a previous nation, possessing a meager startup fund and a few peasants in your vicinity. Although the Greed attacks start slowly, they grow in ferocity and variety the longer your community flourishes, and you’ll need to abandon your kingdom eventually when winter approaches, as all wildlife goes into hibernation and crops die off, stopping your cash flow. The world and its mechanics are overwhelming and hostile, and you will fail multiple times before you start to get a grip on things. Once you do, however, Kingdom: New Lands becomes less of a “sprint back and forth frantically spending your cash” simulator and more “let your peasants take care of themselves while you go off exploring in the woods” experience.

There is a win-state in New Lands, and that is conquering its fifth, extremely intense island. Likewise, there is an even more difficult sixth island after that, which tasks rulers with mounting a final attack against the Greed in less than eighty in-game days. But once you start unlocking the various altars, NPCs, and mounts that help smooth out the experience, you are free to continue hopping from island to island, building up what you consider to be the ideal set of reinforcements before moving on to the final threat. Once players become comfortable with expanding their borders, farming and hunting, and steadily gaining followers, there is more time to invest in quality of life improvements and offensive measures, which just so happen to prove effective for defense, as well. Abandoning your kingdom may sound harsh, but you can take a brigade of workers, archers, and knights with you to your next settlement, as well as a full wallet of cash and some helpful NPCs. 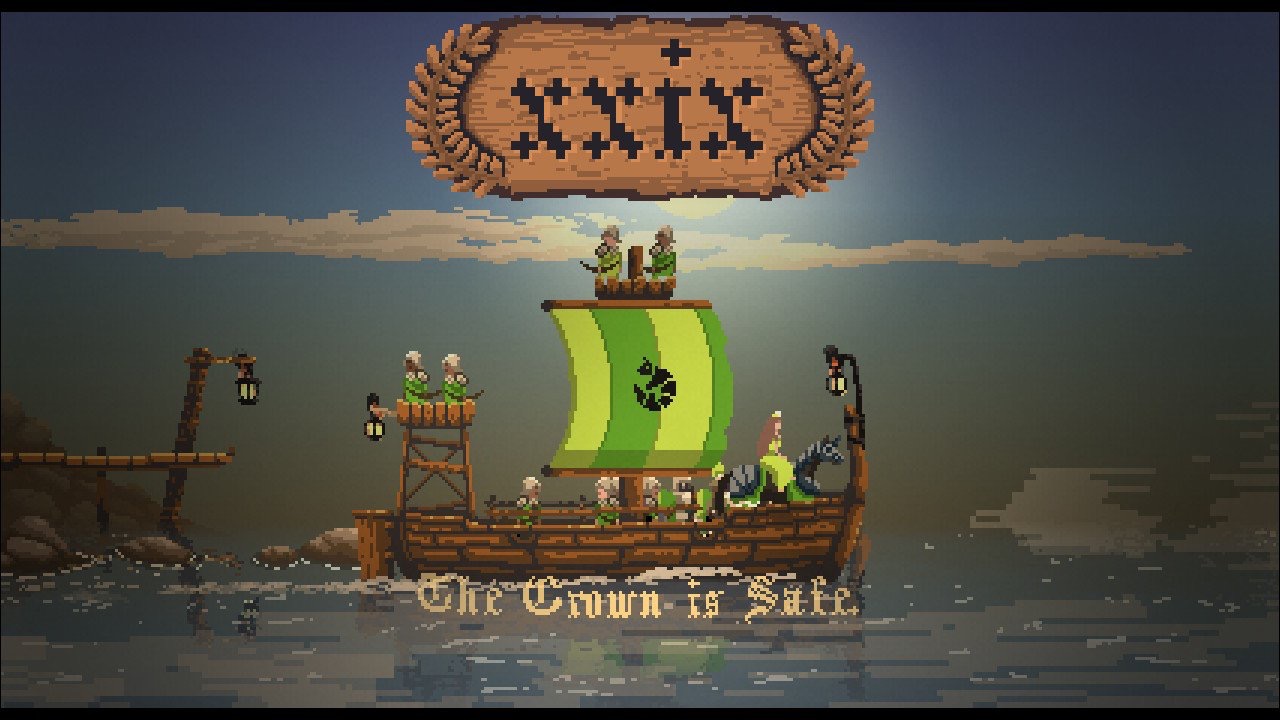 While Kingdom: New Lands offers a tranquil sort of strategy experience, backed by some lovely pixel art and effects and a soothing soundtrack, Two Crowns seeks to expand the complexity of the series via online and local co-op, as well as a dedicated campaign. Whether or not the pure-rogue-lite mode that New Lands offers will appear in Two Crowns is uncertain, and that might be a reason for considering this lovely title by itself. Either way, you might be surprised by how much you enjoy this unique take on the strategy sim-genre.

Look out for our review of Kingdom: Two Crowns in the near future.