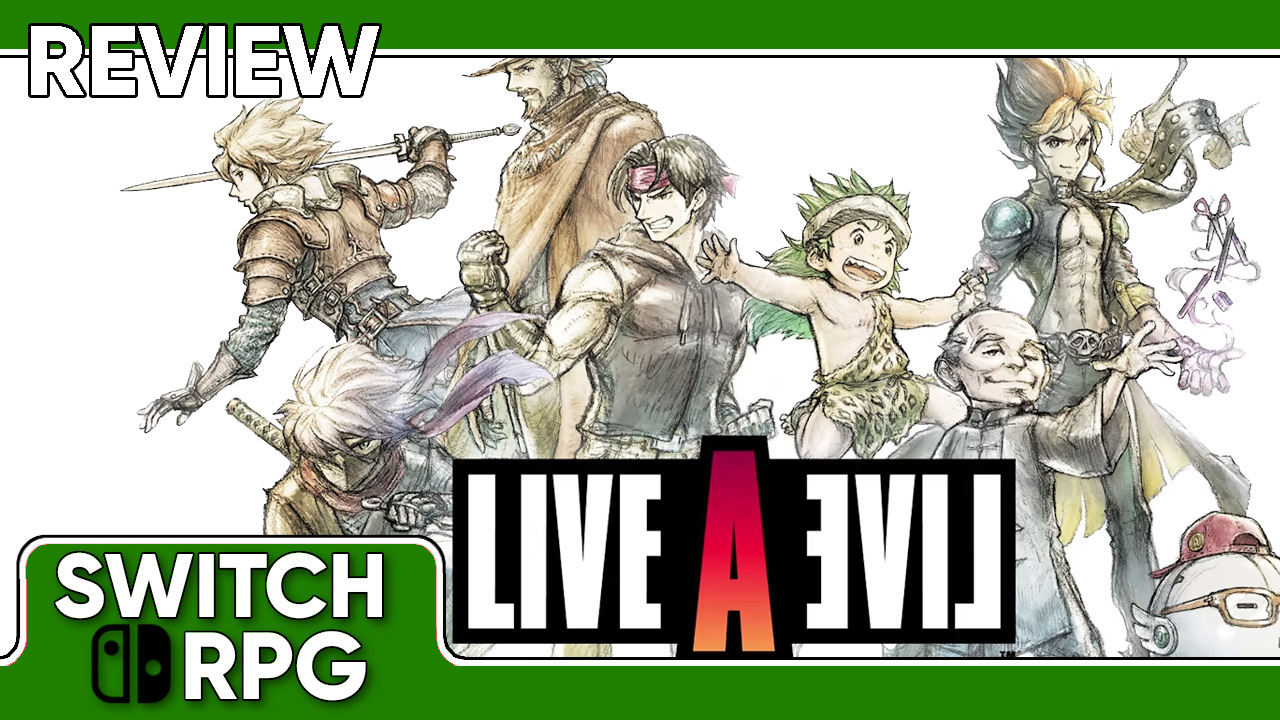 A Japanese-exclusive SNES RPG finally launches worldwide, almost 30 years after its initial release! Yes, Live A Live has been remastered, translated, and made available to the masses for the first (official) time. The SNES has some of my favorite games and fondest gaming memories, as I grew up playing and pouring hundreds of hours into the console. But now Nintendo and Square Enix have gone back to that era and brought Live A Live to the Nintendo Switch, and it’s far more than simply an HD-2D treatment. Let’s discuss!

The story of Live A Live is broken up into seven chapters, each set in a different time period with different characters. 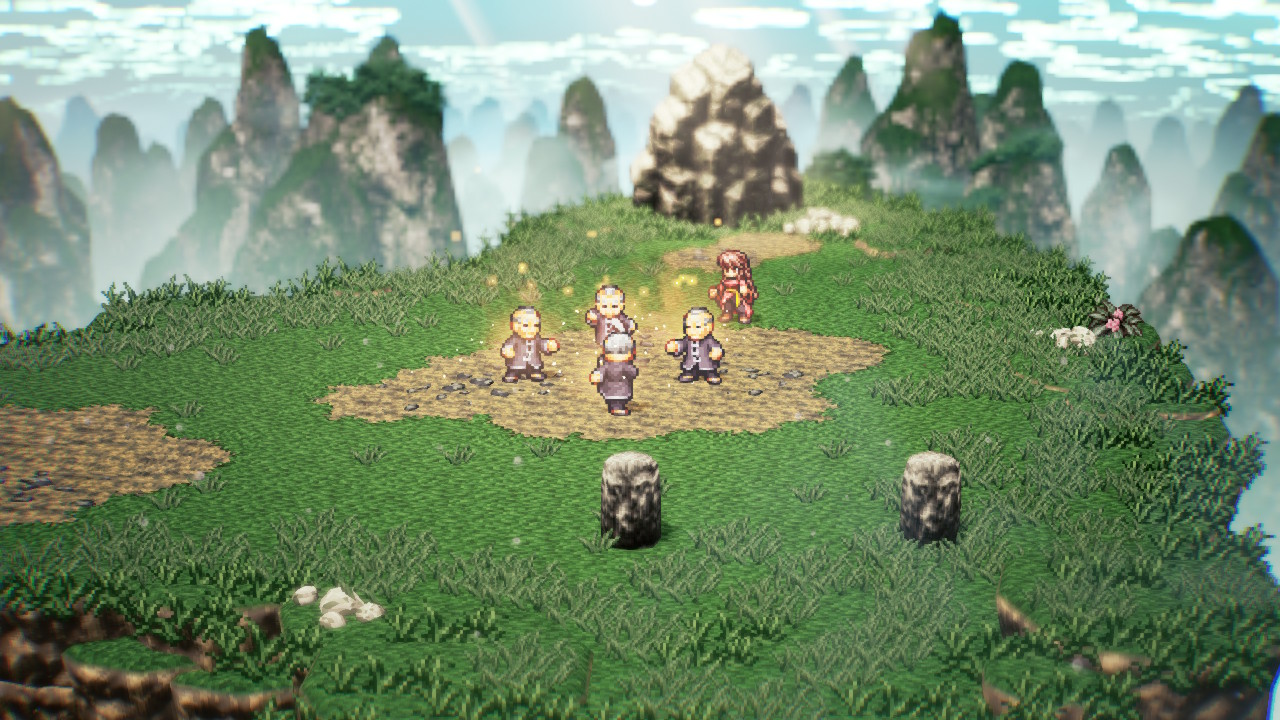 You will venture into the Prehistoric age and meet Pogo, a caveman who gets banished from his group after rescuing and hiding the woman who was set to be sacrificed to their god. Another character will take you to Imperial China to learn about Shifu and his three students, who each have different skills and characteristics. You train each of these students, of which two are killed by a rival school. Shifu and his last remaining student, which you control, live and seek revenge for the fallen. The Sundown Kid will take you to the Wild West era where you are in a duel with Mad Dog, a bounty hunter – my personal favorite chapter from both an aesthetical and structural perspective.

These are only some of the characters you will meet along your adventure, and I’ll leave the others for you to meet and learn about their worlds. You can play through each of these chapters in any order, with a secret chapter unlocking upon completing all of them, which brings all the characters together and puts a nice bow on the narrative as a whole. A big strength of Live A Live is in its characters and settings, as they all feel unique and stand out from one another. 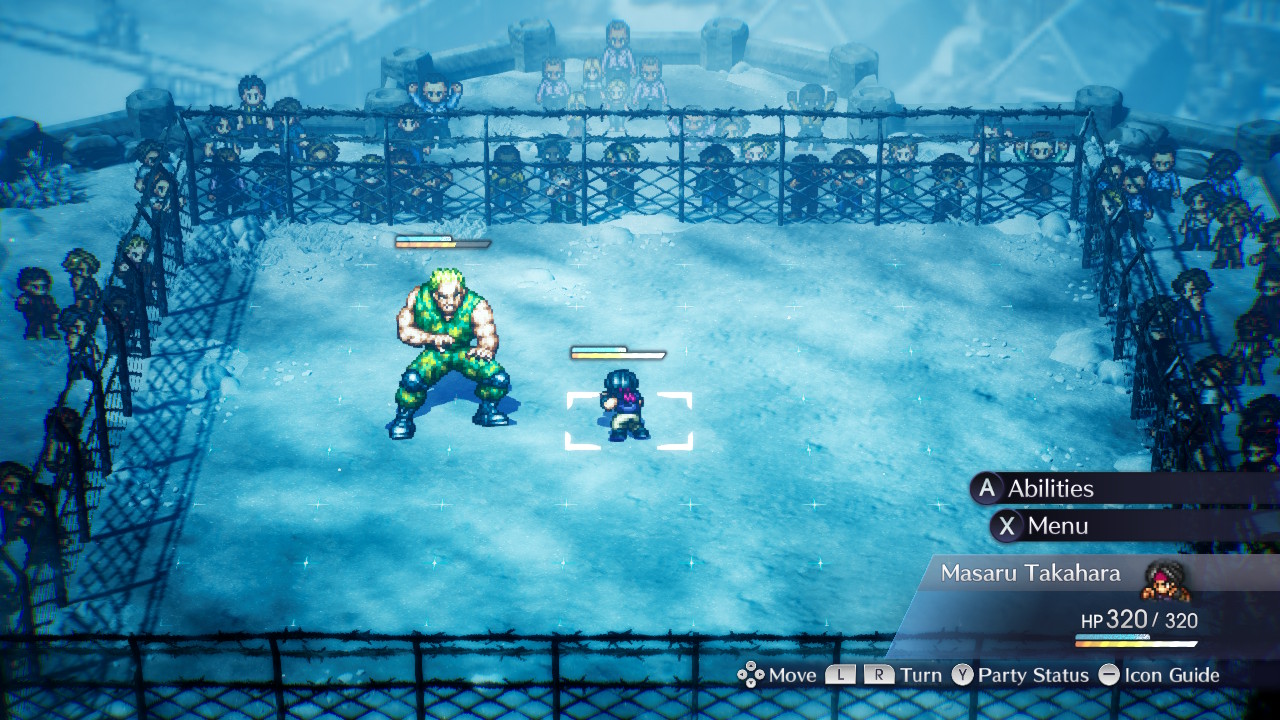 Live A Live is…an interesting game when it comes to gameplay. Each chapter feels and plays differently except when it comes to the actual battles, which all utilize a grid system (more on this later). Each chapter, with the exception of the secret final chapter, clocks in at roughly 3.5 hours each. They don’t overstay their welcome; nice bite-sized stories that draw inspiration from movies, gaming, tv, and pop culture. For example, the Present Day chapter reminded me of Megaman and Street Fighter with its selection screen and announcement setting up the battle. The Distant Future chapter definitely pulls from 90’s sci-fi movies. Other chapters will play out like more traditional RPGs with you wandering around an overworld, fighting in battles either randomly or from visible enemies on the map. The final duel of the Wild West chapter plays out differently depending on the choices you make, the tasks you assign to each of the patrons in the bar, and if they can complete them all in time.

Anytime you enter combat, regardless of chapter, your party and the enemies are present on a 7×7 grid. Each character on the battlefield has a gauge above them which slowly fills up each time you move. So as you are moving, your enemies’ gauges fill up as well and they can attack. Once your own gauge fills, you can perform an action. Each of the available actions will perform an attack, usually some sort of AOE type, but you will see visually on the grid which tiles your attack has the potential to reach. Some will affect up, down, left, and right around your characters, other attacks can do diagonal or other patterns. Moving around to fill the gauge and deciding which attack to use kind of feels like playing a game of chess to me, especially later on when tiles can have a status effect applied to them. 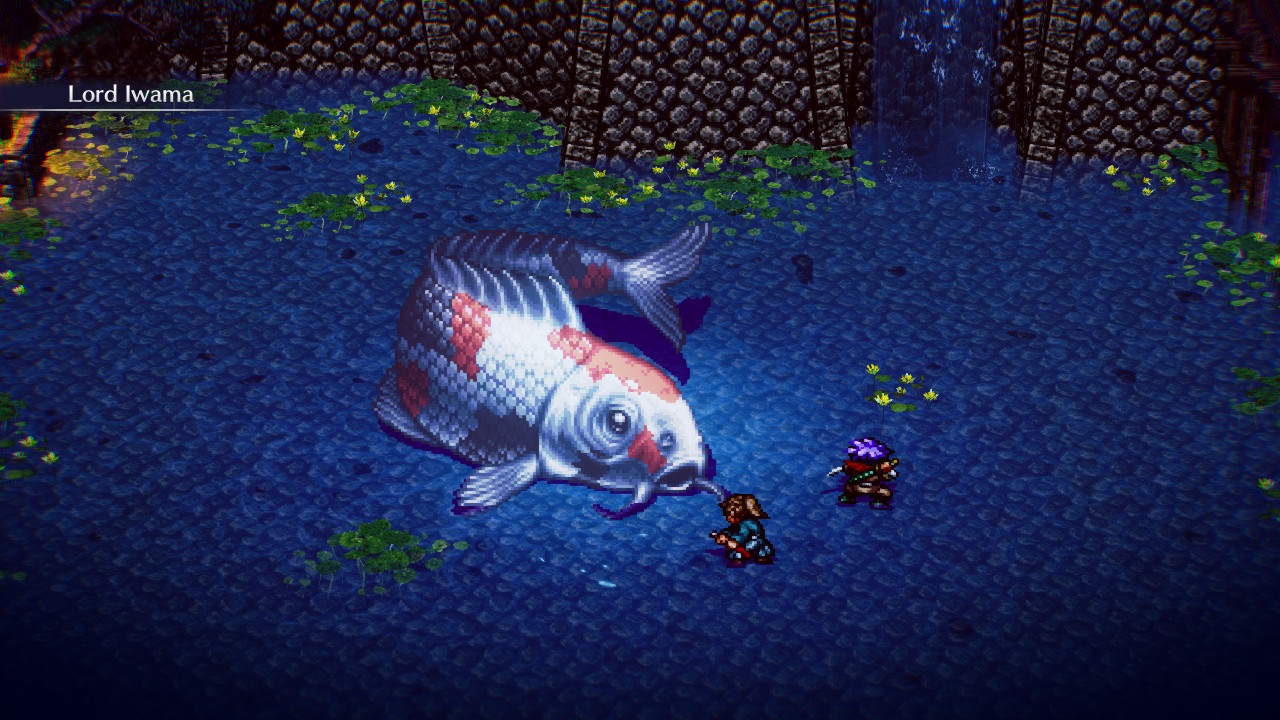 Some tiles can also have fire, electricity, water, etc. applied to them and each turn can do damage or heal a character depending on the character and their resistances. Leading/guiding enemies into tiles with status effects can deal damage or even outright kill them without the player even coming in contact with them. The grid system, once you go all-in with it and learn its nuances, plays out great and keeps you thinking, especially when you take on some of the game’s hidden secret bosses. Between the non-combat differences in each chapter, and the collective use of the grid battle system, Live A Live feels good to play. 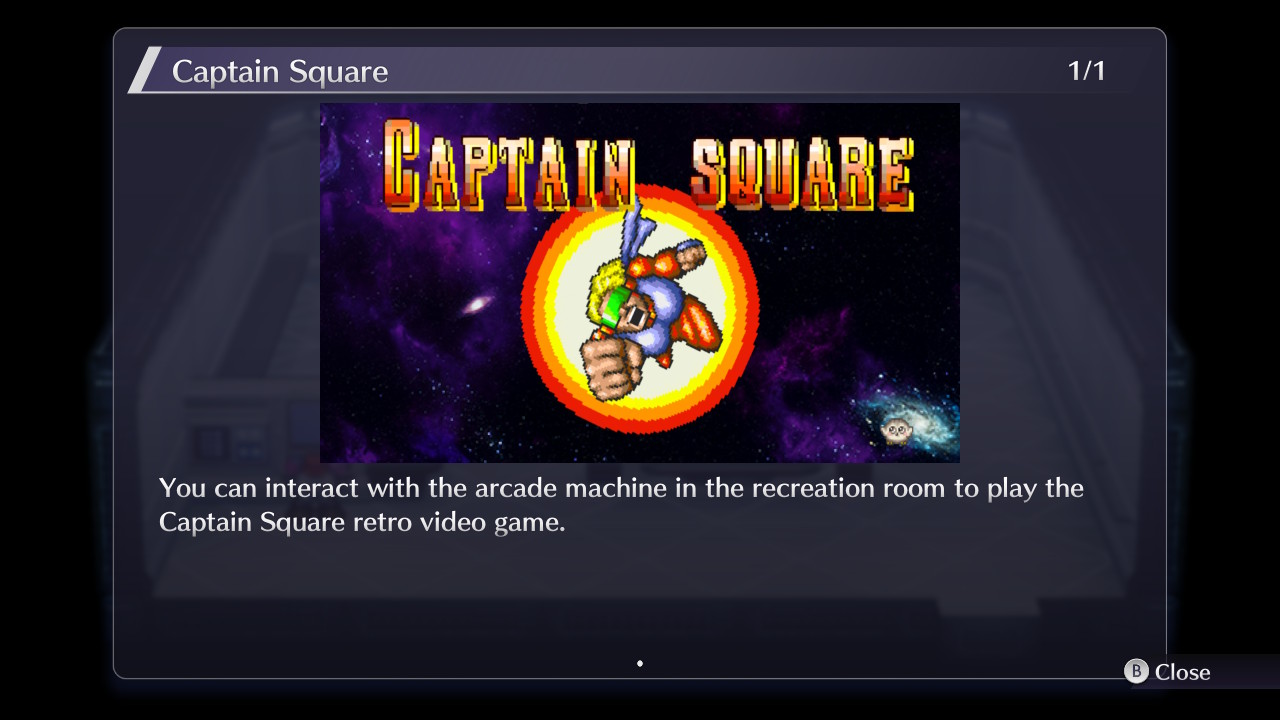 Hate it or love it (I’m personally a fan), Square’s HD-2D graphics are here to stay and they’ve arguably never looked more impressive than they do here. Every pixel has been perfectly placed, and all the scenarios feel like cohesive worlds brought to life thanks to their trademarked style. I feel this engine has only gotten better since its debut in Octopath Traveler, and I’m sure it will only improve whenever Dragon Quest III Remake is released and beyond. 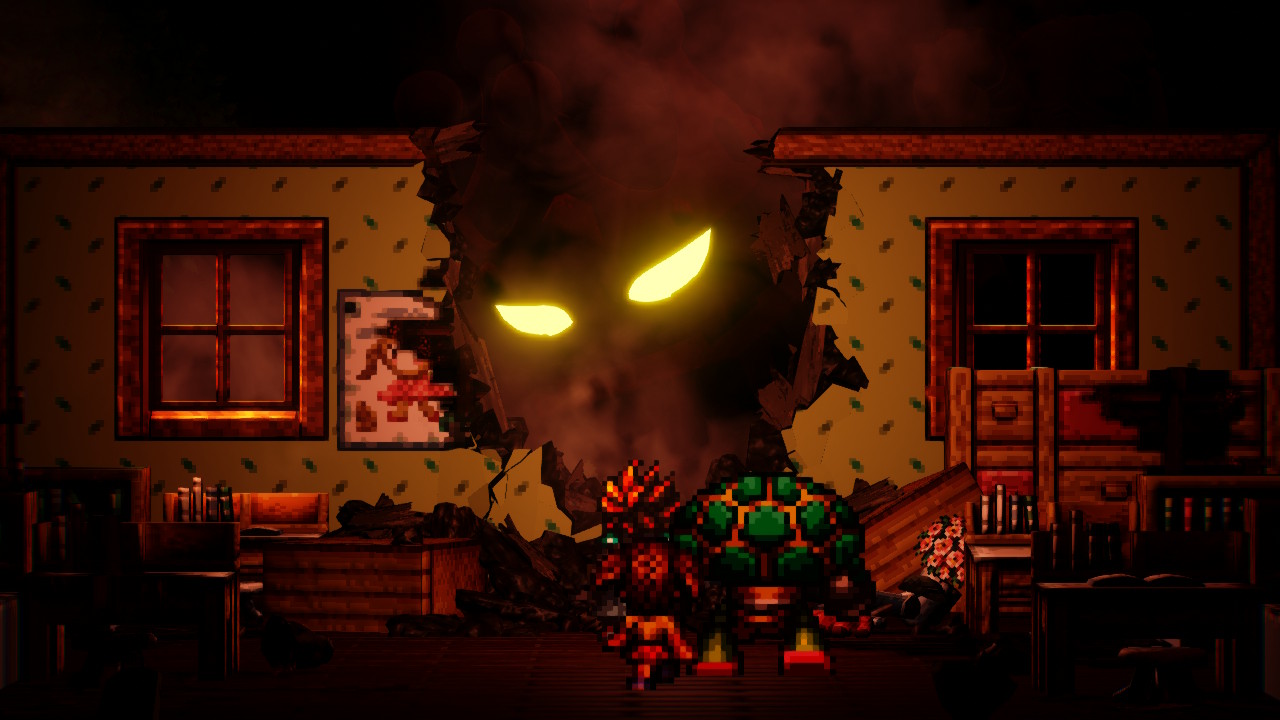 The soundtrack is equally impressive, with the boss themes being particularly excellent. Yoko Shimomura’s original soundtrack, especially touched up with 2022 technology, sounds great and pairs perfectly with each of the worlds on display. The voice acting is also a nice touch, though it feels a bit uneven in terms of quality.

Don’t let its 30-year absence from the global market deceive you, Live A Live is a hidden gem on the Nintendo Switch. Nintendo and Square tried to promote the game as best they could, but releasing it the week before Xenoblade Chronicles 3 was not the greatest idea. Either way, after completing Live A Live in about 25 hours, including getting the true ending and beating the game’s hidden super bosses, I still couldn’t wipe the pure expression of joy from my face. Live A Live is everything I wanted Octopath Traveler to be, while also shocking me that a game of this caliber was feasible on SNES hardware. 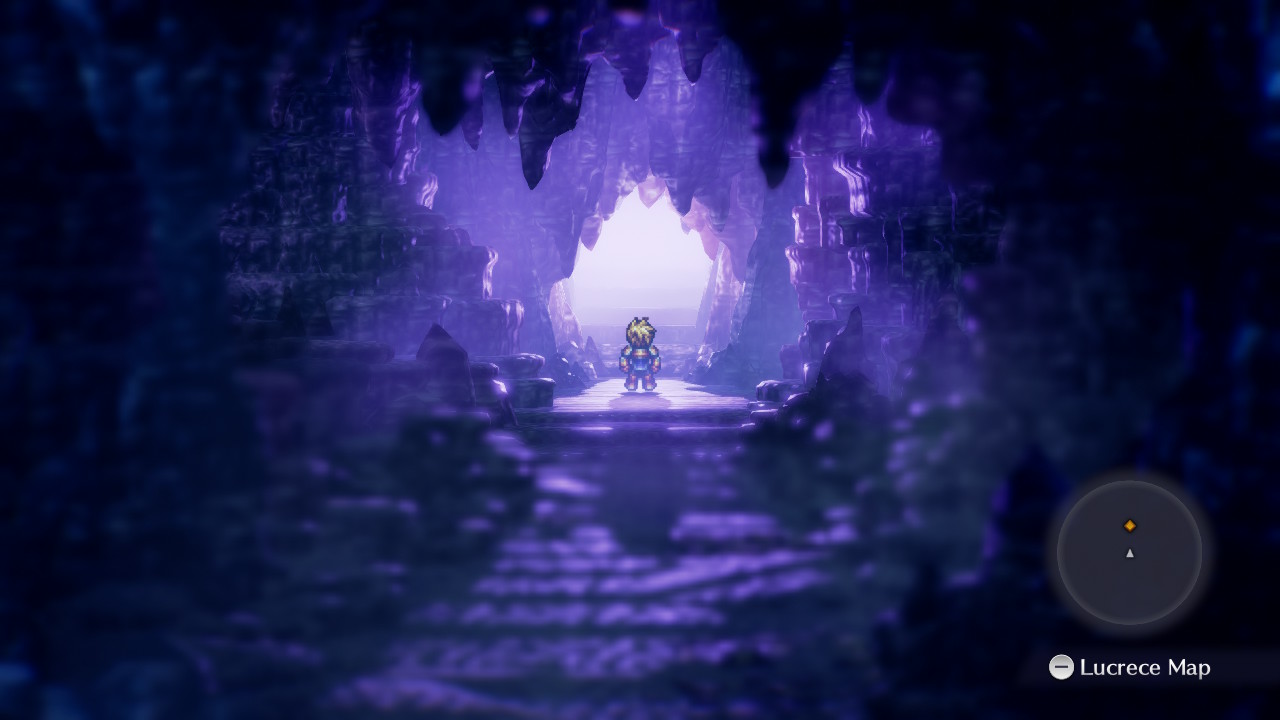 This version’s improvements are appreciated and were likely necessary to package Live A Live for the modern era, but it still baffles me what the developers were able to pull off on a base level back in 1994. At the time of writing this review, it’s going to be very hard for any other game to knock Live A Live out as my top contender for game of the year. That said, as much as I adore the game and want people to support it, the free eShop demo is there for a reason and should definitely be played to gauge your own interest. Simply put, Live A Live will not be for everyone, but I for one am glad someone at Nintendo and/or Square Enix had the courage to give Live A Live a new life for a global audience.