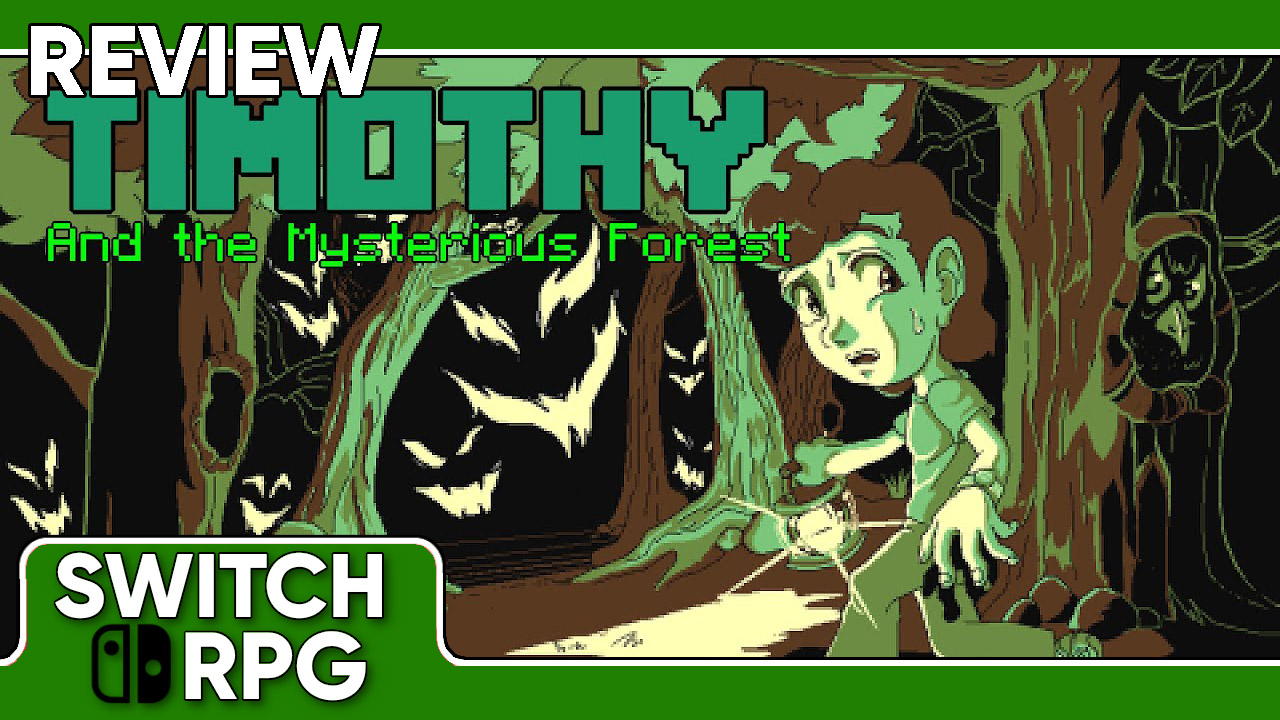 Isn’t it amazing to take a step back and attempt to wrap your mind around the amount of games that take inspiration from the 2D Zelda games of yore? I’m not complaining, mind you, and I certainly wouldn’t dream of turning down the opportunity to cover another for the site. Timothy and the Mysterious Forest shows promise at times, but does it have enough meat on the bone in terms of consistency?

In true old-school Game Boy fashion, the game begins with a series of straight to the point text boxes that provide a general overview of what the player’s mission will be. Timothy and the Mysterious Forest follows the same formula as it introduces Timothy and his ailing grandfather. Legend tells of a magic mushroom located deep within the Mysterious Forest that – if found – could potentially cure Timothy’s grandfather, ultimately saving his life. 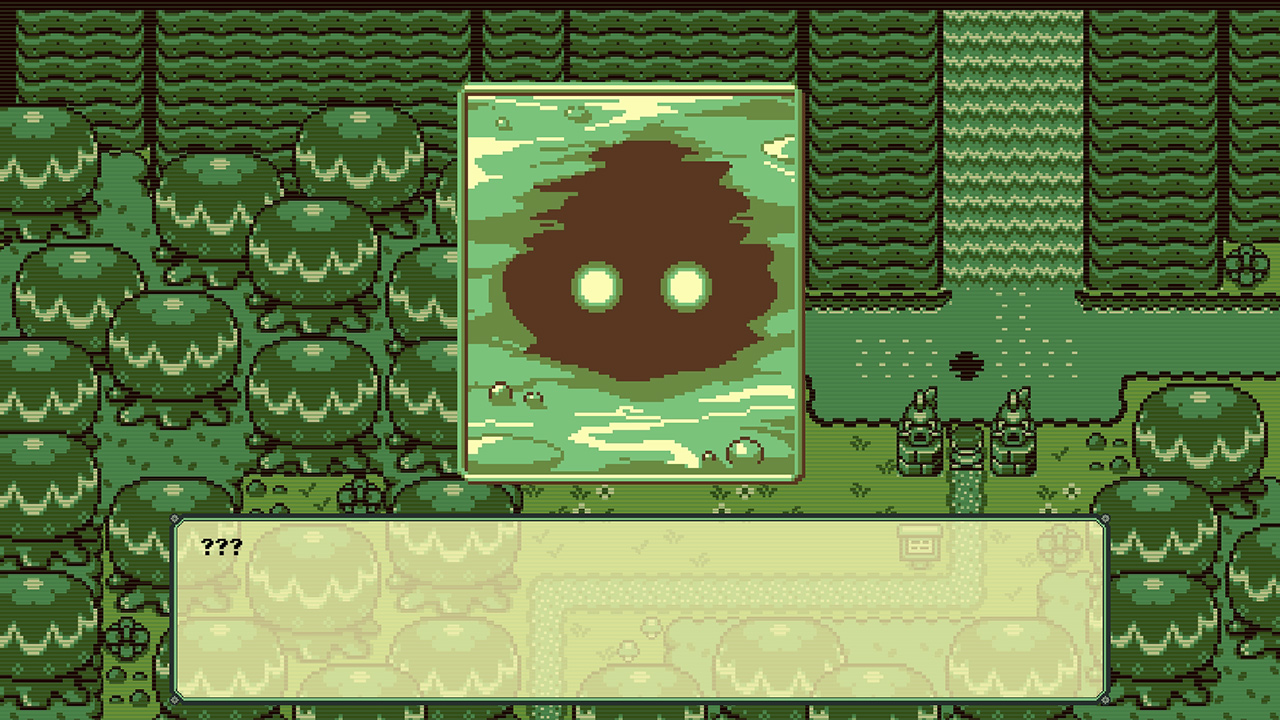 This story obviously won’t win any awards for innovation and creativity but the dialogue that Timothy and his grandfather share eloquently exhibits a strong bond between the duo. Though the dialogue is brief, it still carries a certain weight when Timothy’s grandfather begs the young boy not to risk his life for the sake of an ill old man.

Timothy will also meet a handful of NPCs along the way that offer clues about the forest and sometimes provide necessary actions and/or items that will aid in advancing the story. However, it can be frustratingly difficult to find those NPCs, at times. When you do find them, the game doesn’t do the best job of detailing exactly what the player should do as the first interaction is often useless.This may be by design as the game attempts to frame Timothy and his grandfather as the only kind-hearted beings within it, but it still causes some frustration. Regardless, Timothy may need to perform a different task beforehand, or even interact with the NPC multiple times to earn the desired outcome and advance the story.

More Zelda inspiration here – just think Link’s Awakening on the original Game Boy…except you have a half of a heart on the health meter, enemies chase you relentlessly, and you have NO WEAPONS. In short, Timothy and the Mysterious Forest is brutally difficult. Every enemy in the game is capable of one-hit kills. Having said that, stealth is obviously a key factor in Timothy’s survival. The objective is to avoid placing Timothy within the enemy’s line of sight. Should he be spotted, there are only two outcomes – fleeing or death. However, if there is a conveniently placed rock or pot nearby, Timothy can actually fight back by hurling one of these objects. The throwing mechanic works quite well as the throw always connects with the approaching enemy as long as it’s directly in Timothy’s line of sight. Unfortunately, waiting too long can still result in a frustrating death. There were many instances in which I made my throw as the enemy was as close as a square or two away. While it would kill the enemy, it would still somehow take me out as well. 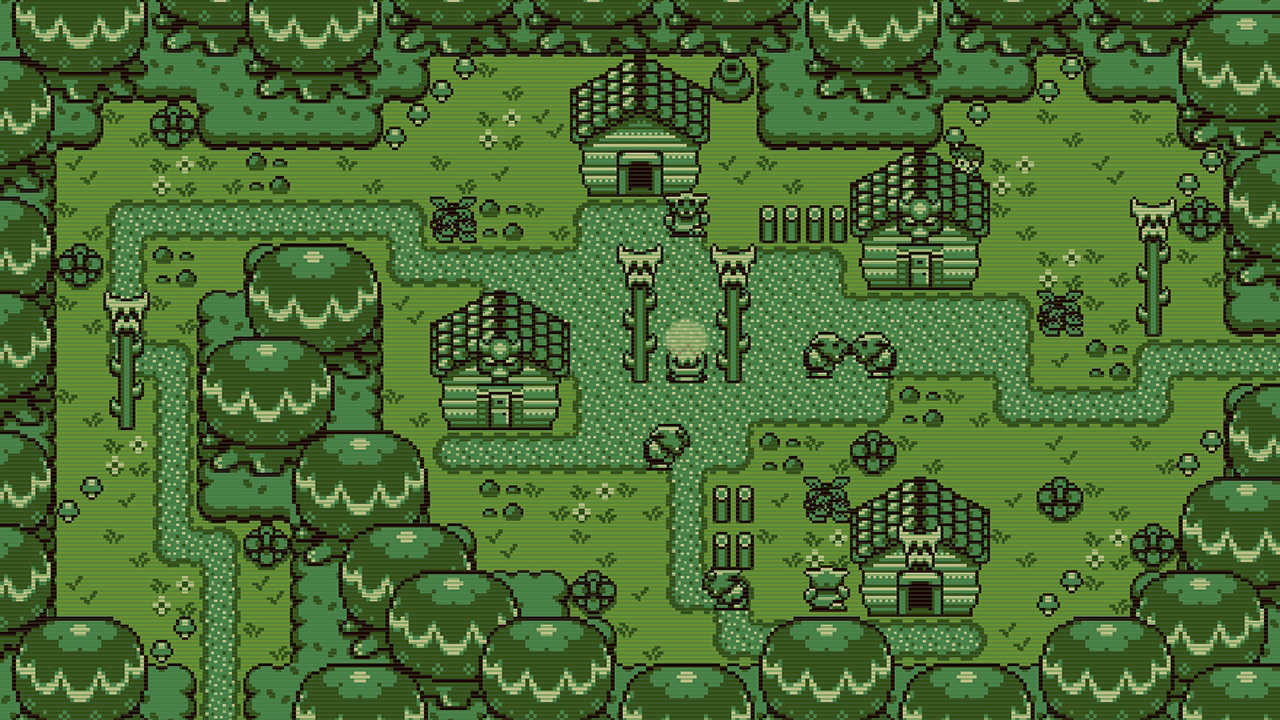 There are also a few boss battles in Timothy and the Mysterious Forest. These are extremely difficult but are mostly centered around evasion. These encounters are the most unique aspects of the game and are actually really fun once you figure out the necessary pattern for defeating them. Be warned, however, that you’ll likely die several times before recognizing the pattern…and several more while attempting to execute it.

My favorite staple of the game happens to be the inventory system which also draws inspiration from many Game Boy adventures of old. The screen displays the items that Timothy has collected throughout his adventure but the player can’t interact with them. Fortunately, the game will automatically use the item at the necessary time and location. To add to the simplicity, the game informs the player of exactly what item is needed to advance. There is very little ambiguity to it and I like that from a game that draws such heavy inspiration from the 8-bit Game Boy adventures.

It’s hard to forget those simple green hues from the Game Boy. Timothy and the Mysterious Forest is as aesthetically pleasing as it would be for someone who turns on Pokemon Gen1 or Link’s Awakening DX. It’s mostly about nostalgia if we’re being honest, but that’s okay. Where Timothy shines visually is the designs of the bosses. While they are few and far between, each have a unique appearance and a couple are just downright creepy…in a good way. 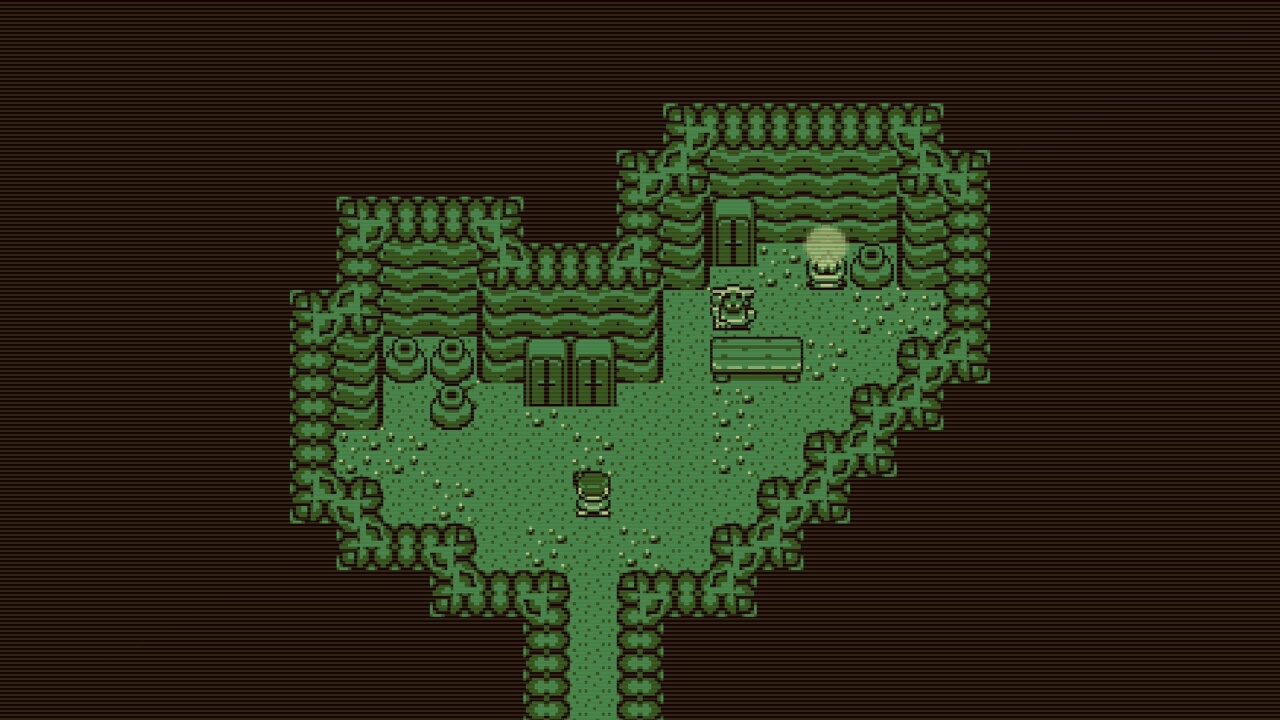 The Forest features many locations and each is more dangerous than the one before it. Timothy will traverse lakes, swamps, graveyards and more, with each environment being seemingly designed with a single mission – kill Timothy.

As one might expect from a game inspired by 8-bit classics, chiptunes and text-based dialogue abound. Must is both fun and spooky, but it does become more upbeat when danger is approaching and during boss battles. The dialogue, however…is a trainwreck. I spotted a misspelled word in so many dialogue boxes that I simply lost count. Others had the all too familiar “lost in translation” feel that seems to be a recurring problem with budget eShop titles. These teams deserve respect for what they do, but something as simple as an autocorrect function or even just a little more attention to detail would eliminate most of these errors.

“Timothy” advertises itself as an “old school game with new age ideas based on a high degree of difficulty.” The premise is an interesting one, but developer Kibou’s execution falls just a bit short for me. The stealth mechanics can be enjoyable and the heartwarming story is pleasant, but the game is just too unforgiving at times, especially when you feel as though you’ve done everything perfectly. Couple that with the lack of attention to detail with the dialogue and Timothy and the Mysterious Forest becomes a lackluster experience.

Nostalgia seekers could find something to enjoy here, however, especially with a price tag of only $7.99 USD. Having said that, if you’re a gamer that has no sentimental connection to the unforgiving titles of the NES/ Gameboy era…you’ll likely want to pass on this one.

Tags: Timothy and the Mysterious Forest