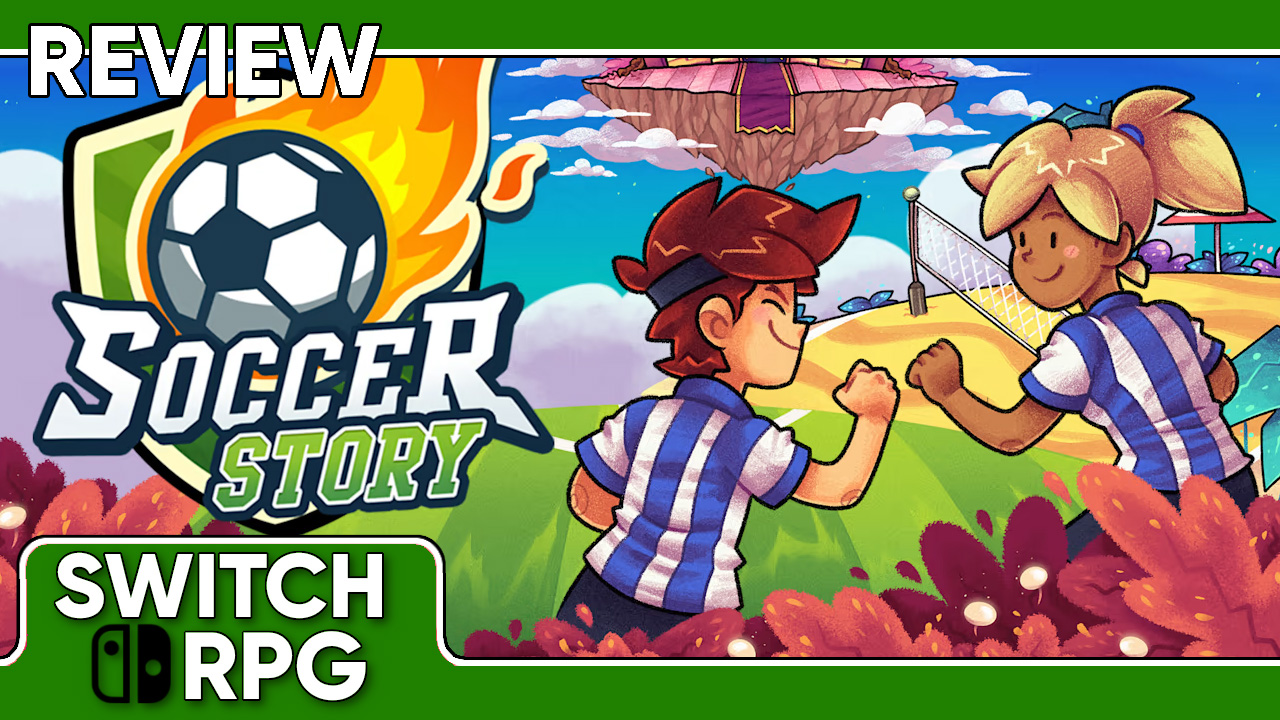 Sports RPGs have been a subgenre that has slowly seen more support in the past couple of years. Golf Story, Dodgeball Academia, and the soon to be released Sports Story are just a few that immediately come to mind. But along with those games, we have another that wishes to set itself apart in the sport of soccer: Soccer Story. Soccer is no stranger to the video game space, so with competition in both the general sports genre and the RPG realm, how does Soccer Story hold up?

The Apple Cup finals are underway and everyone is excited from all corners of the world. With the sport being a big deal, all eyes are on the tournament to see which team will win. However, the moment that the first goal is landed, calamity hits and the stadium erupts in an explosion. And with that, Soccer Inc. swoops in and bans soccer forever, only allowing controlled matches that they directly oversee. The everyday person is no longer allowed to kick that iconic black and white ball.

That is, until a year later, a soccer ball crashes into the protagonist’s bedroom before flying out, demanding them to follow after it. Soccer is something the hero is passionate about and they want to bring it back. And from there, it’s up to you to get other people on your side, including the players who were at the Apple Cup a year ago during the calamity. 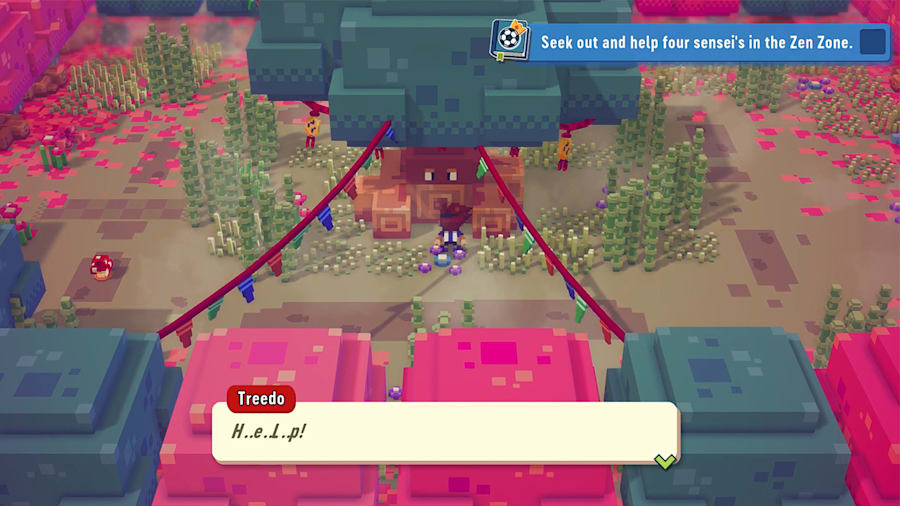 Soccer Story is a quest-driven game, meaning that you’re going to be following the main story by fulfilling quests for people. And unfortunately, a lot of these quests follow the same tandem: enter a new area, speak with the owner, try to convince the old teams to get back together to play soccer, organize a regional cup, defeat the teams in the tournament to win the regional cup, rinse, and repeat. That being said, the game is charming enough that each area feels different from the last. However, very few of the characters actually stand out.

There are also a multiple of side quests to play through, some more tedious than others. You will even find yourself naturally finishing side quest material as you go through your main quest. These side quests mainly give you upgrade medals to increase your stats or coins to purchase medals.

Soccer Story is a sports RPG where you control the main character as they adventure through the world trying to win all of the regional cups and bring soccer back to the masses. There will be some moments where you’ll be able to play in matches either in a team setting or 1v1. Outside of those moments, you’ll be exploring around, fulfilling a multitude of quests, and sometimes kicking your magic soccer ball around.

Once you have a team gathered together, you’ll unlock the ability to play in matches. Your team will consist of four other members: three actively running around the field, and one goalie. These team members are set and there’s no way to change their positions. Every match will start off with you in control of the battle and much like typical soccer, you must kick the ball into the opponent’s goal. You have the ability to pass the ball to a member of your team, shoot the ball, slide tackle, and dribble (which is done automatically by moving with the ball in your control). 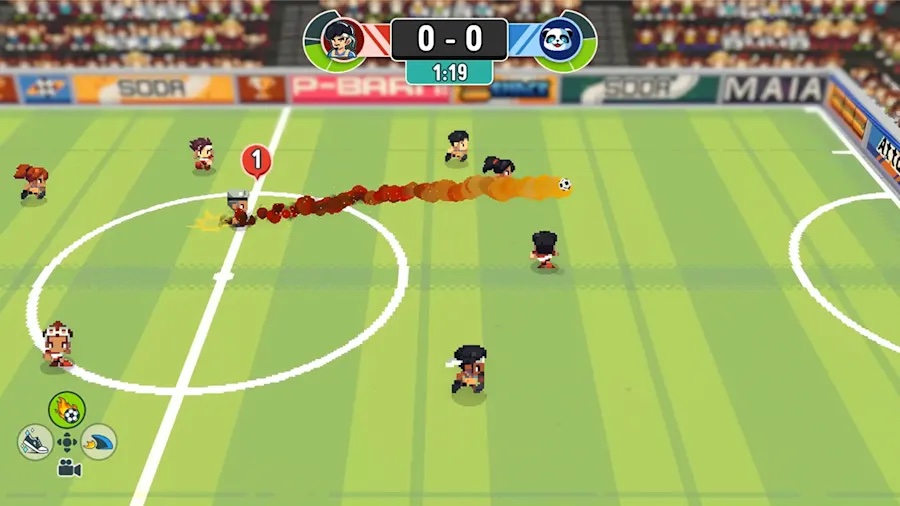 While you’re actually playing in matches, you only control one character, with the exception of the goalie (unless they are in control of the ball). You can switch which character you control, although selecting the actual character you want is a toss up. It’s a finicky system and during the moments when the opponent is hanging dangerously close to your goal, it can be nerve-wracking to switch control to the right character in order to intercept the ball in time.

However, your opponent won’t just let you score a goal without a fight. The ball can be easily stolen by running into whoever has control of the ball, or by slide tackling. There is no penalty system, so don’t be afraid to make the opponent eat dirt. Just keep in mind they will do the exact same to you. Each match will have a time limit and once time is up, the match is over. If you end up losing, you’ll have to go through the match again until you do win. How difficult a match can be is up to the player, both with the ability to set the match difficulty and keeping your teammates stats up. Also with stats, there are some new skills you can pick up as you progress through the game, such as a more powerful kick. 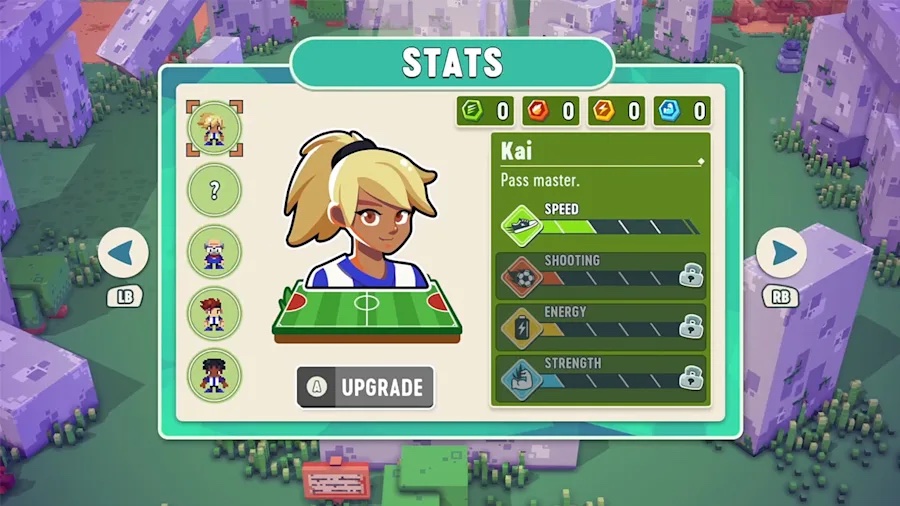 There is an upgrade system, albeit a simple one. There are four stats: strength to improve slide tackle distance and recovery; shooting to increase shot height, strength, and curve; speed to increase movement speed; and energy to increase how long you can boost while dribbling. You can upgrade stats by using medals, which can be received through completing quests or exchanging coins. As long as you have at least one character that has fully maxed out stats, you can cheese most matches in the game.

1v1 matches tend to operate the same as full team matches in Soccer Story, but with one main player and a goal rather than four players plus the goalie. Truthfully, 1v1 matches are a lot easier to cheese through, since you only have to worry about one person scoring a goal or stealing the ball.

When you’re not in matches, you’ll have the ability to run around the different areas in Soccer Story. By default, all of the areas will be closed off outside of the ones that you’ve previously unlocked. As the map opens up, you’ll find yourself wandering throughout more of the Soccer Story world. The map is compact enough that even when you have to backtrack, it doesn’t feel as though you’re going a long distance. As mentioned earlier, Soccer Story is a quest-oriented game, so you’ll want to interact and pick up anything that you can interact with, because it is surely tied to either a main or side quest. Yes, those golden carrots are important. 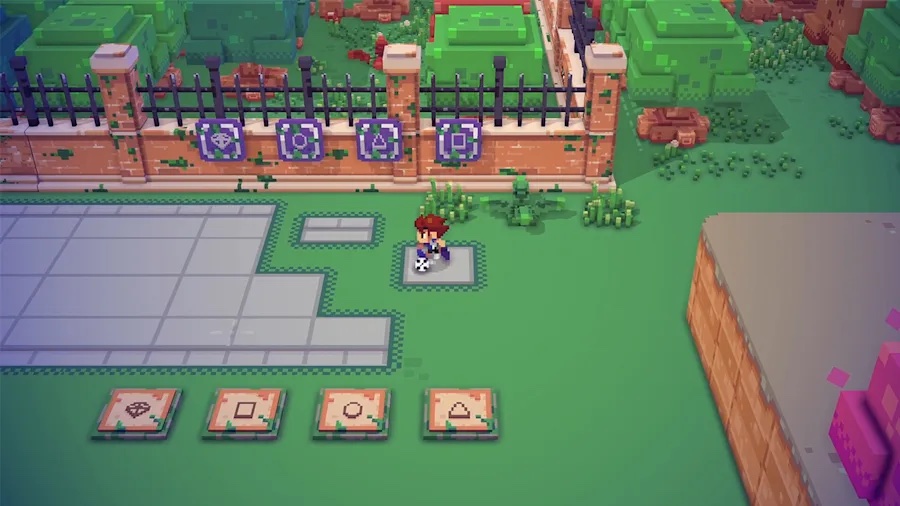 A lot of the quests will center around small puzzles or mini games that will need to be cleared. Some of the puzzles may seem a bit convoluted, requiring you to run all over and keep notes of specific symbols, or remembering a sequence. The game will give you tiny hints to help you solve the puzzle, but if you’re absolutely stuck, there isn’t anything to help to clear through puzzles (although none of them are so difficult that they feel impossible to solve).

One point of frustration, however, does come from some of the mini games. Specifically, any tied to using the controlled shot. You have the option of using a controlled shot, which allows you to aim and kick the ball in a specific direction using an aiming line. However, if you don’t have steady hands, this ends up just being an irritating experience (although there is the option of recalibrating the controls on your Switch). And since you must clear these mini games to go through the main story, you may find yourself repeating the same mini game multiple times until you eventually clear.

There is obviously some level of inspiration from Golf Story when it comes to Soccer Story. Although, Soccer Story does set itself apart, with a much brighter color palette and going for a blockier style for its environments. It does a great job at making the world seem both large when standing still and small while traveling. Each of the zones that you end up exploring are different from each other, giving the player the chance to relax by the beach, or frolic through the forest. The music fits the tone of the game, but overall is a bit unmemorable in the grand scheme of things. 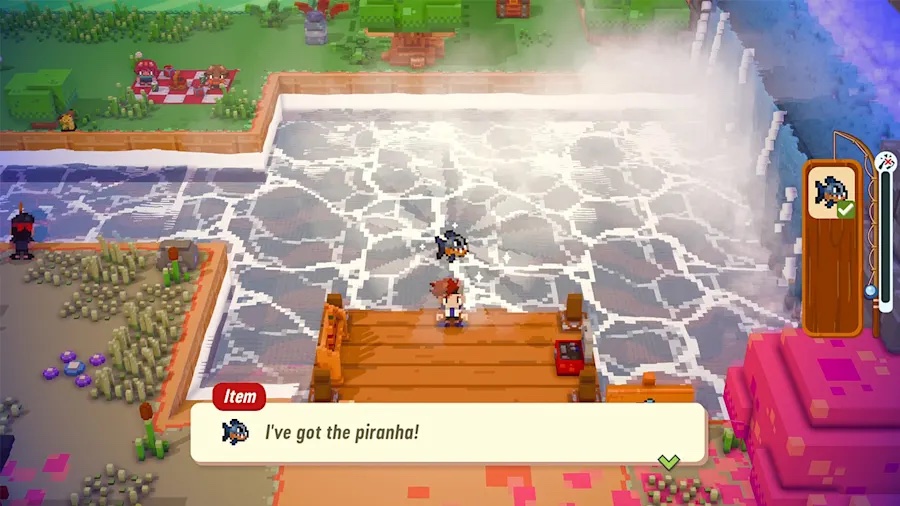 However, there are a few issues with Soccer Story at the time of writing this review. While the initial load of the game is long, there aren’t any issues after the fact and the game runs well. However, there are issues with crashing. The game has an auto save and the game saves pretty regularly to where any lost progress is kept to a minimum. There are also issues with other minor quirks, such as text overlapping and quest reminders popping up when they have already been completed. In short, the game lacks a bit of polish in terms of presentation and performance.

Soccer Story is a decent sports RPG that will scratch that itch for those looking for this specific experience. While it doesn’t set itself apart as a soccer game or as an RPG, it does give the player a fun time as they compete to participate in the Apple Cup. It can be easy to fall into the competitive nature of soccer and before you realize it, the match is over. You’re the only one who can bring soccer back into the mainstream and at the cost of running around to complete some quests, it seems like a pretty good deal.