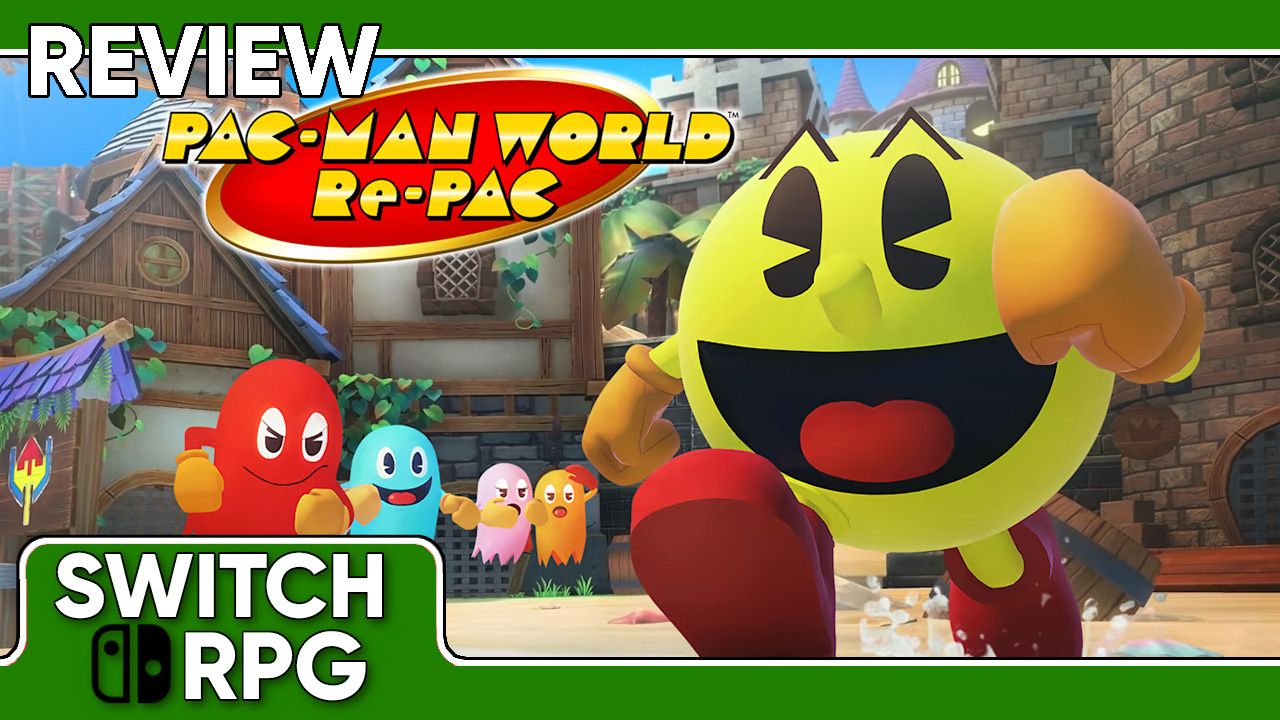 I like 3D platformers, and fortunately there are many that claim the Nintendo Switch as their home. You can find some classic ones which are accessible via Nintendo Switch online, such as Banjo-Kazooie and the brilliant New Super Lucky’s Tale, as well as a variety of ones starring everyone’s favorite Italian plumber, Mario. Now, Pac-Man can join the 3D platforming fray on the Switch by way of Pac-Man World Re-Pac, a remake of the 1999 PlayStation game now developed by Now Production and published by Bandai Namco.

While Pac-Man may not be as handy around the home as Mario, his legacy is arguably just as important. Regardless, If you’re wondering why we’re covering this on our site, it’s because the game was labeled as an RPG (in Asia, at least). Sometimes, this gamble pays off, so let’s see how this remake fares and discover what RPG elements – if any – are within! 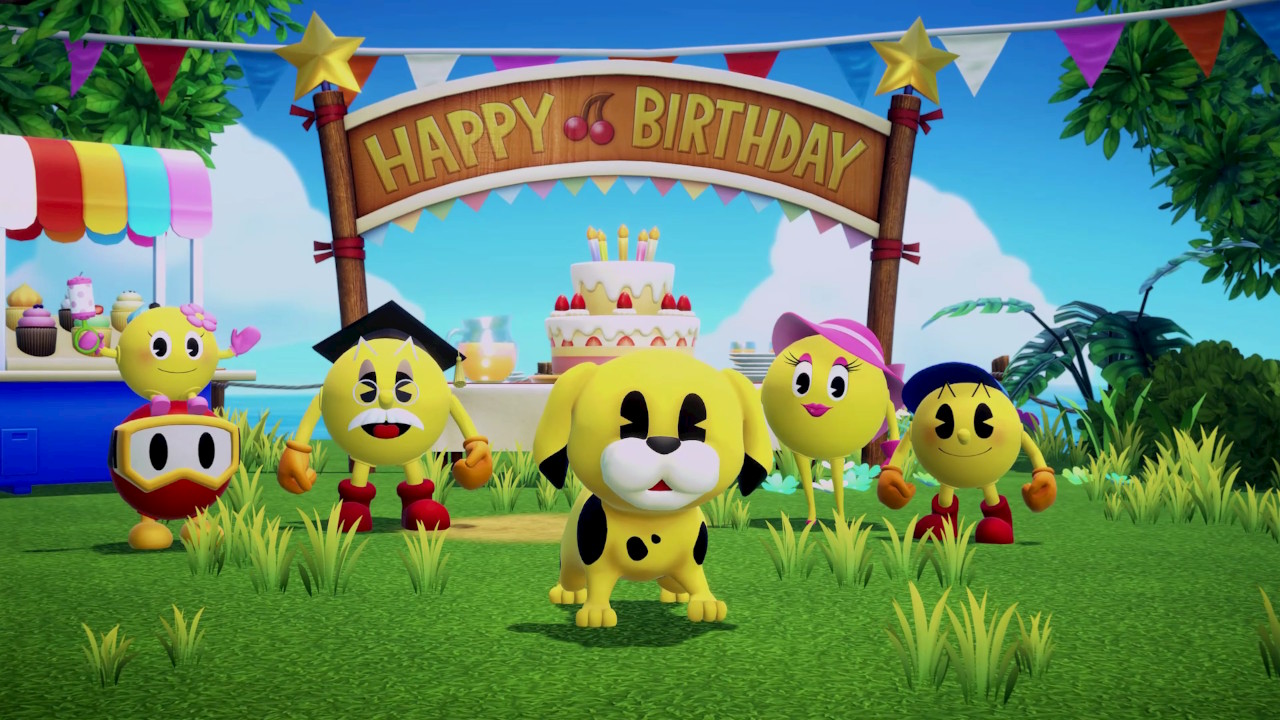 Pac-Man World Re-Pac begins with the Pac-Man family setting up decorations for Pac-Man’s birthday party. Everything is going to plan, and the family is getting ready to celebrate when suddenly, all of Pac-Man’s family are taken away by the ghosts. After being kidnapped by the ghosts we learn that the ghosts are working for the evil and sinister Toc-Man. Toc-Man also seems to have thrown his own birthday bash and had sent the ghosts to capture Pac-Man. Upon returning home, Pac-Man finds his family gone and sets out to rescue them, hopefully to get back to celebrating his birthday.

The opening story sequence is short, there just to add some story elements to your adventure and why Pac-Man will be traversing various worlds to rescue his family. It’s not a very complex or deep story, but it does the job to set the tone and direction of the game. 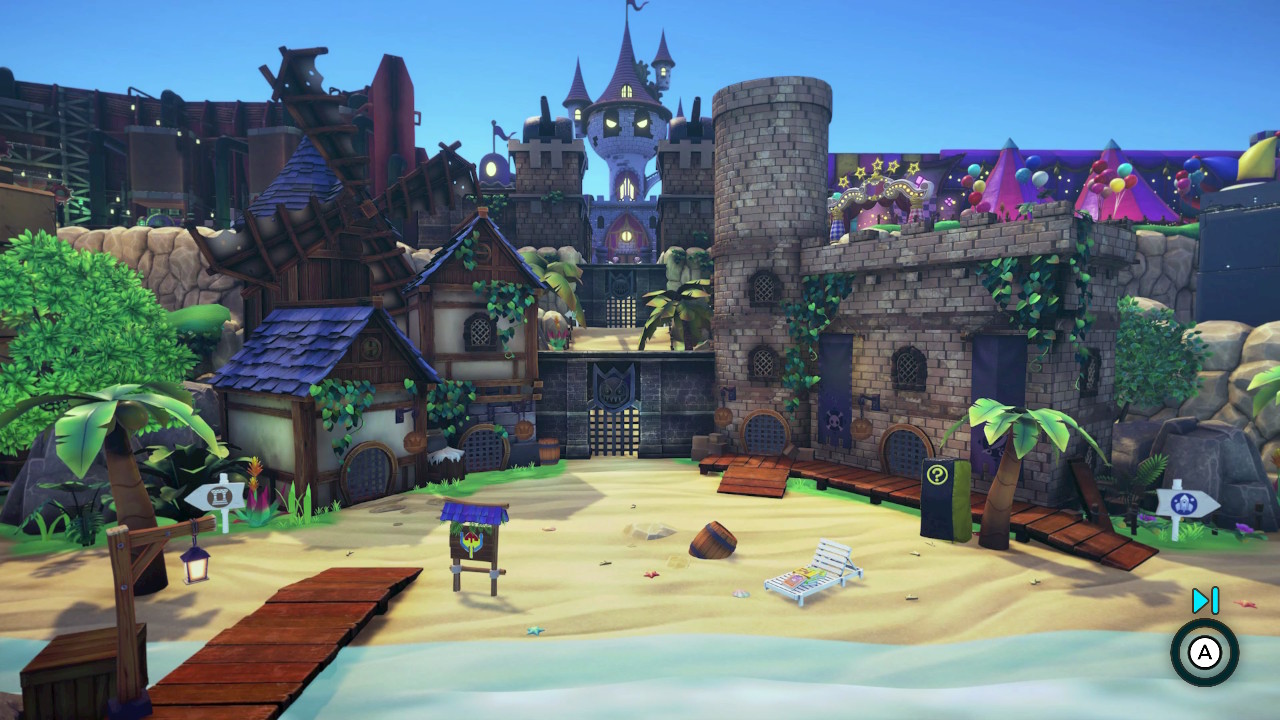 After the opening cutscene, you end up in the game’s hub area where three worlds will be unlocked for exploration. After you complete the first three, more areas will become available culminating to a sixth and final area. Each area consists of three or four levels with a boss battle serving as an endcap. Other levels in the world have you exploring fixed camera zones for a majority going left and right. Occasionally, you will traverse the foreground or background of a level, but mainly it’s left, right, up, and down.

While this is called a 3D platformer and has a hub area, think of the gameplay as more of Crash Bandicoot or even Super Mario 3D World vs Mario 64 or Mario Odyssey. For the most part, this type of gameplay works, and the controls fit the experience. Pac-Man has the ability where if you double tap jump, he will do a ground-pound type maneuver and I found in some instances – especially to traverse an area with trampolines – this wasn’t very fluid. 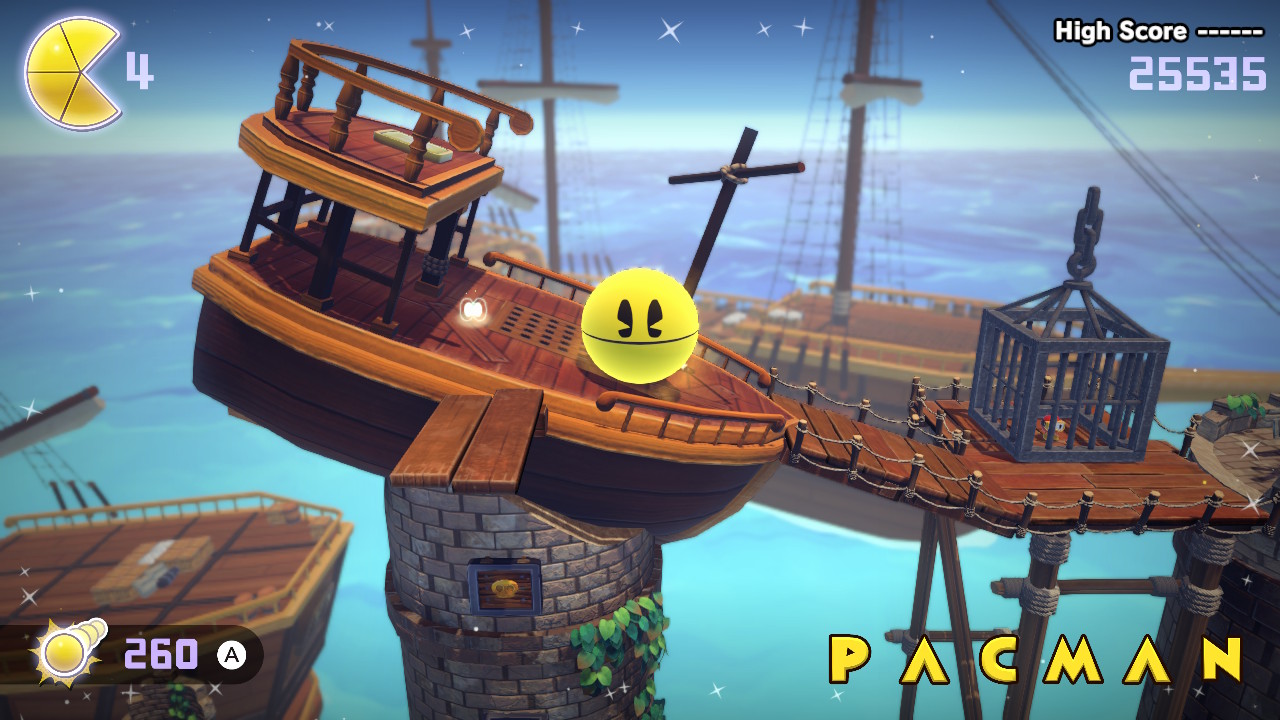 The goal of each level is for Pac-Man to complete each and smash the Toc-Man statue at the end. Within each level, you will find a variety of challenges to overcome both platforming and combat-wise. Some of the enemies will require you to find a power-up to make Pac-Man super-sized for a limited amount of time, which can then chomp away the ghosts. As you traverse each level hitting switches with your butt-bounce ability to enable platforms, conquering slopes, and using Pac-Man’s flutter ability to cross gaps, you will be grabbing various collectibles throughout the process.

In addition to extra lives, you’ll snag tokens that can be used in a slot machine mini-game at the end of each level, and letters will be fruit you can then use to access the locked fruit doors. Once you have collected the corresponding fruit, you can enter the door which will have a collectible, button, or even a maze tile within. Collecting the maze tile will transport you to the level’s more traditional Pac-Man experience from a top-down perspective and must collect all the dots. 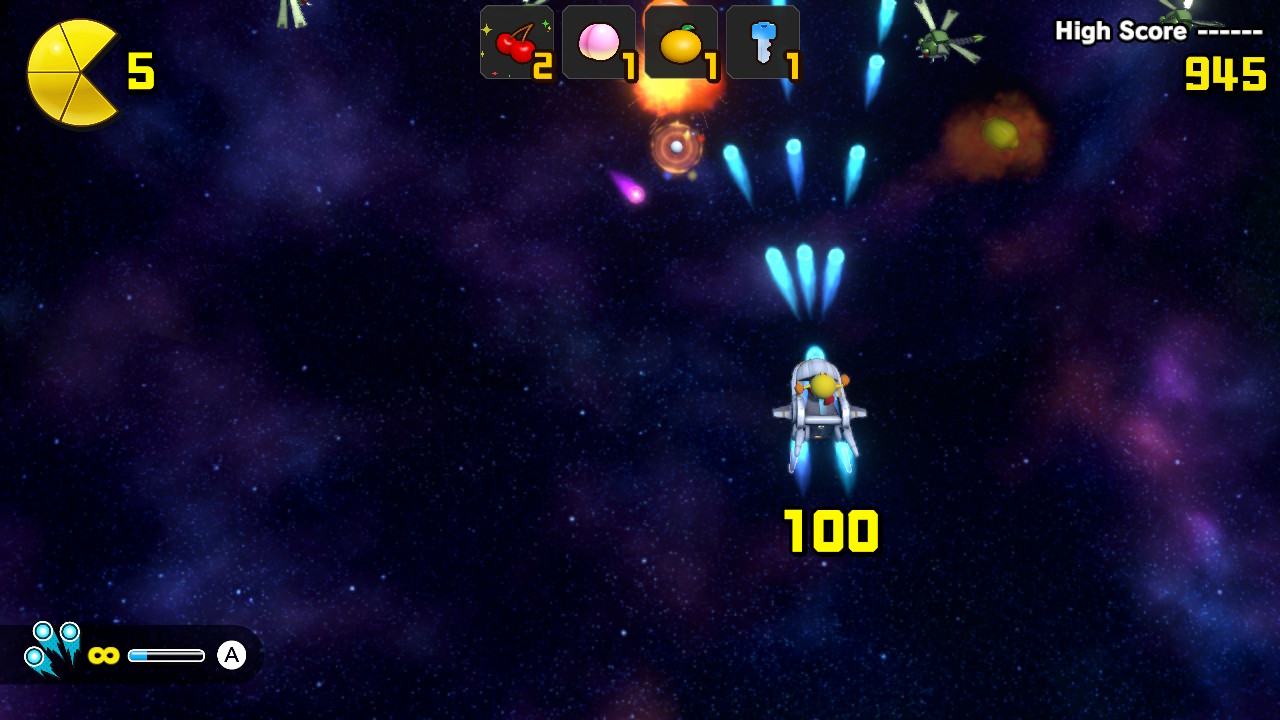 For me, Pac-Man World Re-Pac shines with their take on boss encounters. They are over-the-top and often humorous in nature. These battles begin with the traditional “avoid projectiles and just hit the boss enough times to wipe out the health meter”. Later on, though, they change things up and you are presented with a Mario Kart-inspired boss battle and even a shoot ‘em up-themed one. At first, I was scratching my head at the bizarre variety, but that feeling quickly dissipated as these encounters are actually really fun and ultimately serve as a boon rather than a detriment. 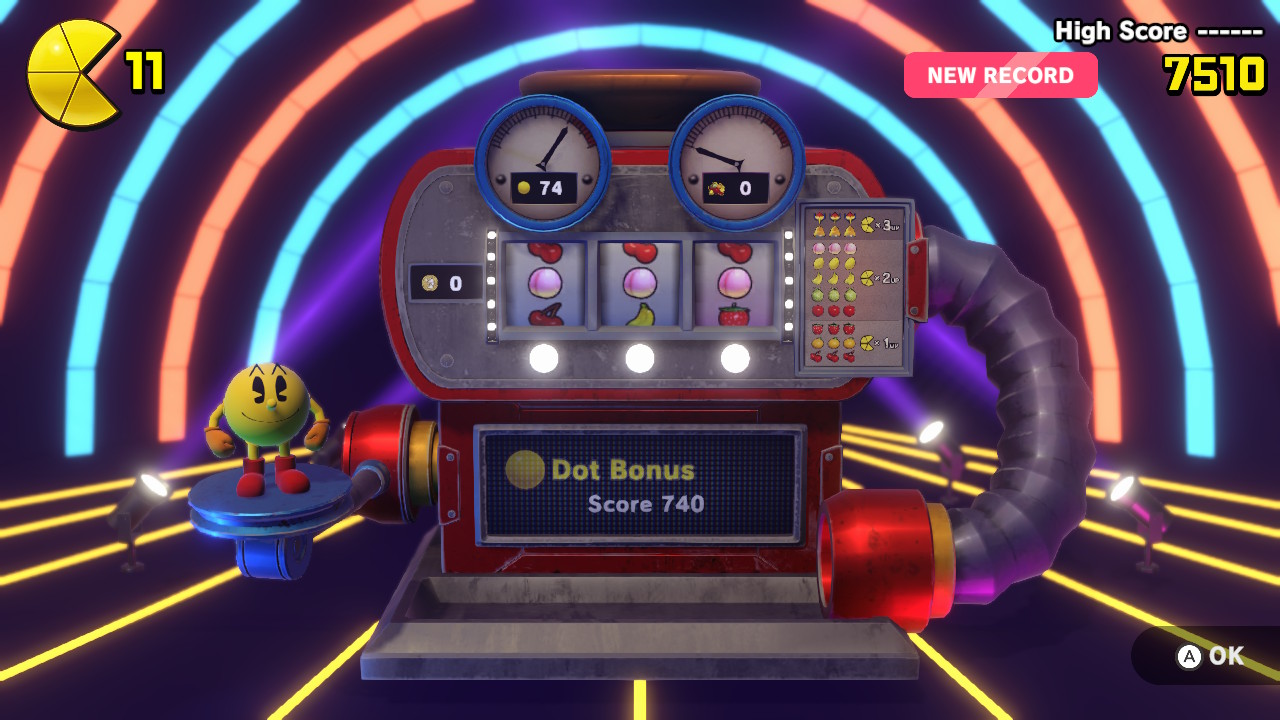 Pac-Man World Re-Pac has two graphics modes on Switch: performance and resolution. After trying out both modes, I stuck with performance mode as it’s clearly the more consistent of the two framerate wise. However, both modes still suffer in instances where many things are going on at once, but performance mode tends to hover around 60FPS while resolution mode is closer to 30. Either way, it’s clear that the developers put some time into this remake as all of the visuals have been updated and the cutscenes are a nice touch. The soundtrack isn’t as impressive, but it’s not bad either. 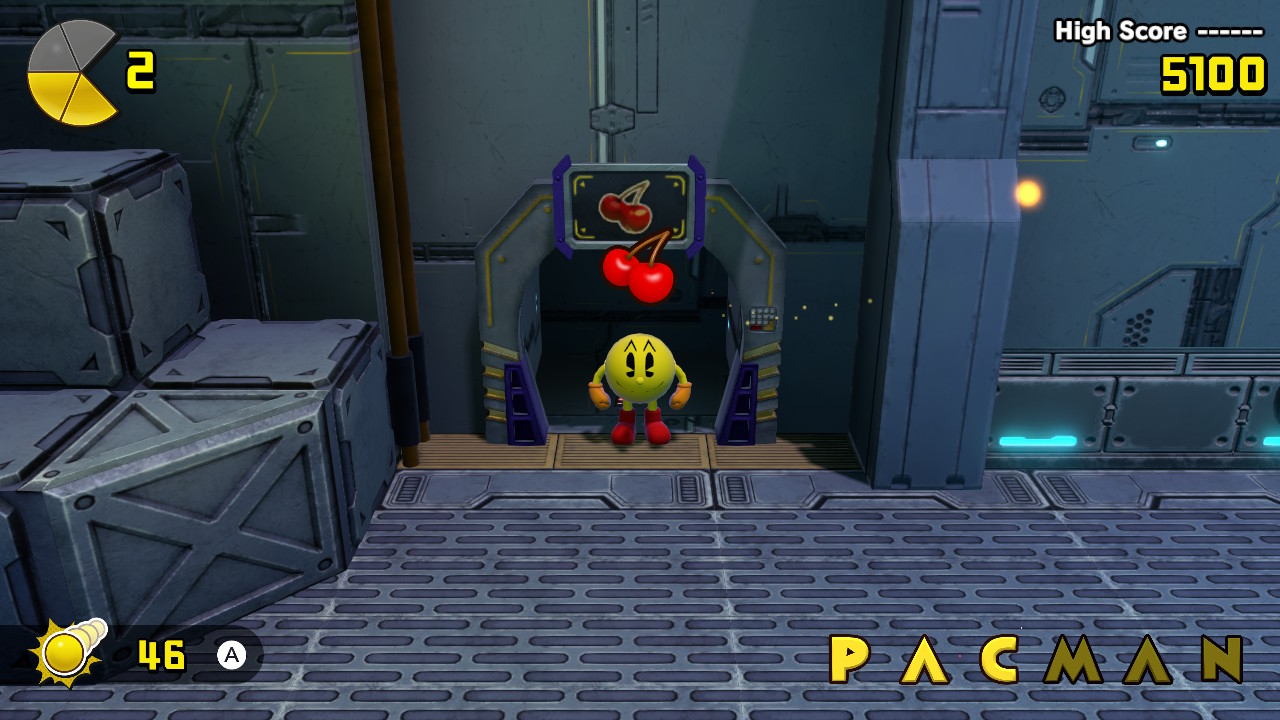 Despite what certain official listings state, Pac-Man World Re-Pac is certainly not an RPG, but it does do some creative things in the 3D platformer space nonetheless. I really appreciate the fact that the developers went back and overhauled the visuals; it looks great on Switch, and the boss battles are creative and fun. After reading about the differences between this version vs the original, it’s great to see the team reworked objectives and even added an alternative ending if you happen to save all of the Pac-Man family. Previously it was required, but now you get a different ending if you don’t save all the family members, further incentivizing those that played the original to consider giving this version a shot.

Pac-Man World Re-Pac does lack some quality-of-life features and, in general, doesn’t go out of its way to respect the player’s time. For example, irreparable mistakes can be made that could lock you out of obtaining certain collectibles unless you do a hard reset or start the level over in its entirety. With all the other updates that were made to the game, I really would have liked to see objects respawn so the player doesn’t need to replay levels to grab one missing collectible.

Regardless, I enjoyed my six hours of time with the story mode. I am not a very big Pac-Man fan either; I played the original game at the arcade and have a few novelty mini-arcade toys that have Pac-Man on it. But I’m by no means an enthusiast. That said, Pac-Man World Re-Pac may be worth checking out if you are a fan and can look past its lack of quality-of-life features and occasional performance hiccups (even in performance mode). But if you’re looking for something in the vein of Luigi’s Mansion 3 or Super Mario Odyssey, then this game is probably not for you.