Disclaimer: All media shown in the video and below is not representative of the final game and its quality.

It’s no secret that myself, along with millions of people out there, enjoy pixel art games. It is a classic artstyle in the video game world that, if done right, can be timeless. When Eastward was shown on the Indie World Showcase, I fell in love. It brought me back to some of the games I hold dear to my heart. But will it be my next favorite thing, or will it be forgotten with time? My name is Gio, and this is my Spotlight on Eastward.

We all know who Chucklefish are – they are the developers of Starbound, and Wargroove. They are also the publishers of Stardew Valley, and Eastward – but who is PixPil? PixPil is an indie game studio from Shanghai, China, and are the developers of Eastward. Eastward’s development started in 2015 with only 3 members on their team. Now that we’re potentially getting close to release, the team has expanded to 11 members, most of which have never worked on a game before. Joel Corelitz, music/sound designer of Death Stranding, worked on Eastward’s game soundtrack, and whether or not you enjoyed Death Stranding, I think we can all agree that the audio design was pretty good – the Game Awards also acknowledged this with it winning Best Score and Soundtrack. 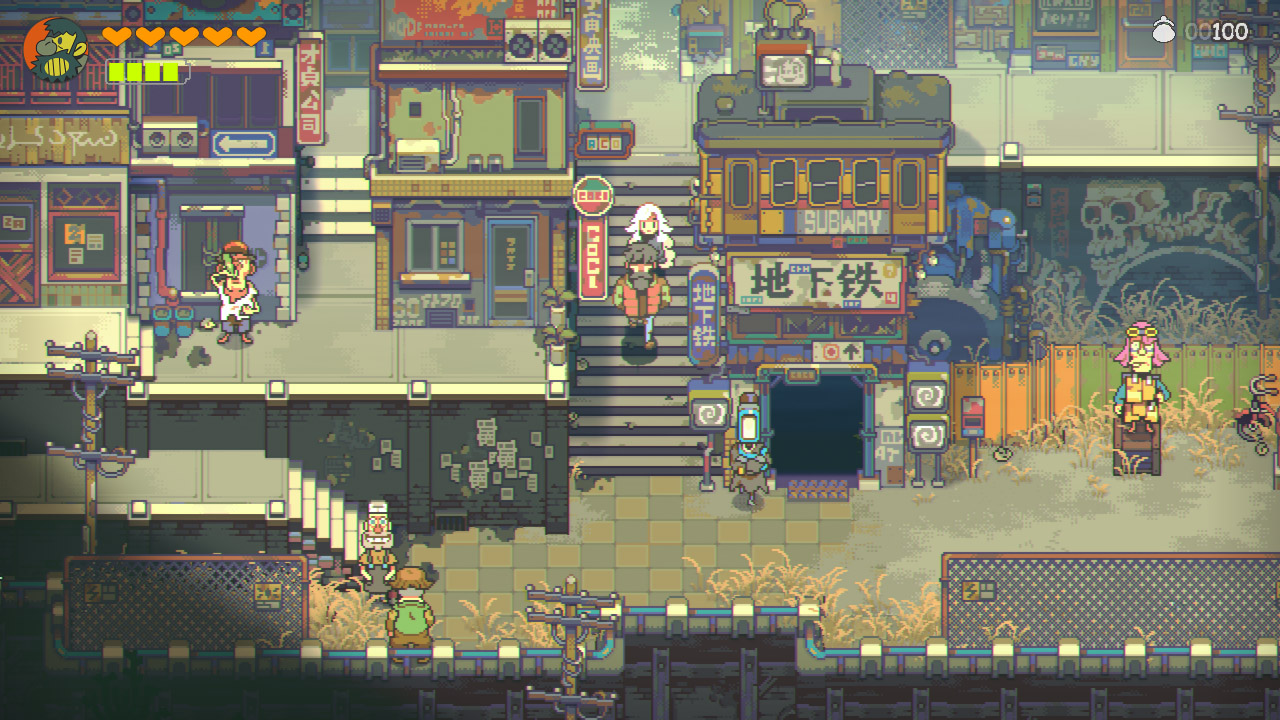 Eastward’s main story may seem familiar to a lot of people: A father and daughter traverse through a shrinking world due to a failing environment (ie. Last of Us). Monsters are scattered throughout the world, thus the adventure begins. The story may not be the only familiar aspect of Eastward – the top-down perspective and puzzle-solving are very reminiscent of older Legend of Zelda titles. As with many video games, there is some inspiration from anime as well, most notably from Cowboy Bebop. I’m not sure how much substance will be taken from the series, but I can definitely tell you that the inspiration is there.

The gameplay seems simple in this action RPG, but having two heroes to run through puzzles and battles is quite fun. The father and daughter duo traverse the world using brute strength and magic abilities, and this creates some interesting attack combos. The demo on Steam only provided about 20 minutes of game time, but during that short period, a lot stood out to me. The character designs are unique. PixPil mixed the post-apocalyptic setting along with cartoon antics in order to create something quite unique. For example, there’s a brief glimpse of some sort of trash monster in the announcement trailer that shows some of the creativity behind this team – (here @ 0:55) – and I really hope this resonates through the entire game. 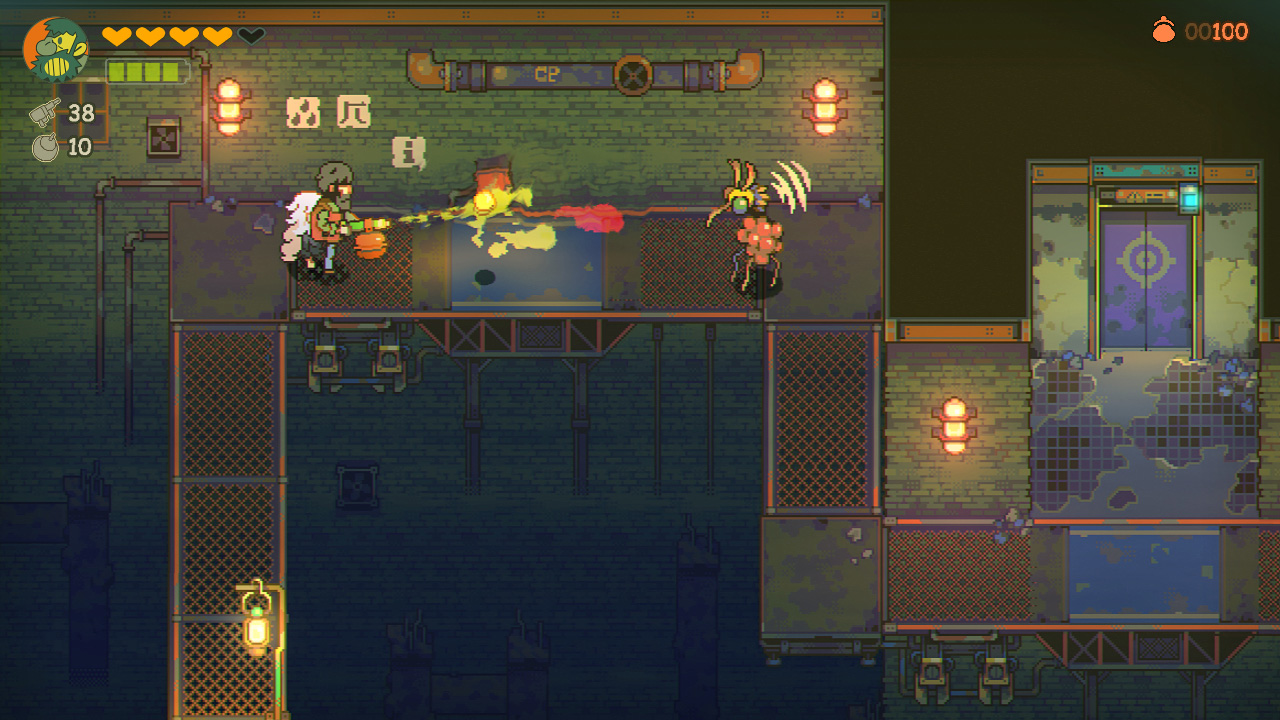 Pixel art design in video games can go in two different directions for me – I either love it or hate it. Sure, there are a lot of pixel art RPGs on the market, but one thing I think PixPil nails is the lighting, specifically, the light source. Any and all sprites on the screen seem to have shading on them from a focused light source. This allows for really unique lighting effects on individual sprites, rather than the sprites having existing shading without any light source at all.

While I realize this is a matter of stylistic choice and personal taste, rather than quality, here are some examples of pixel art casting shadows in the same general direction no matter what the location is. Again, this example is a recent rendition of retro-inspired pixel-art RPG, Shadows of Adam. And then we have Eastward lighting effects. They all stem from a source and that source determines shadows in the world. (video above @ 13:35 & 14:07 & 15:30 show some lighting effects) Again, this is a matter of personal taste, and is a stylistic choice.

Music and sound design is such an important aspect to any game, not just RPGs, and I think Composer Joel Corelitz blends the SNES era and modern day music perfectly. Although I only explored three distinct areas in the demo – the town, the forest, and the boss battle – the music evokes different emotions in each one. When I asked Joel about the overall tone of the soundtrack, he confirmed that himself, along with PixPil, “worked hard to create a multifaceted emotional experience.” He went on to say that, “many are playful, some are intense and driving, some are lively – it’s a real variety pack.” I love the process and all the different creative thoughts that lead to a final outcome in a game. 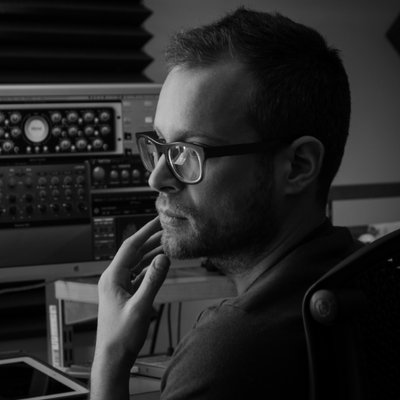 1. In regards to the Eastward soundtrack what inspiration did you draw from?

Joel: The way playing video games, specifically RPGs, as a kid made me feel. Every town – every area has a unique emotional character and music is such an important part of the way that character is communicated. I wanted to create a score that would highlight the richness and
complexity of this world.

2. Were there any challenges in creating music for Eastward?

Joel: Anytime you’re working with pixel art, there’s an element of nostalgia involved. I wanted toevoke that nostalgia without too much of a purist in terms of genre and without being too derivative. So I turned that challenge into an opportunity. There are some 8-bit style chiptunes, some 16-bit style chiptunes. Those genres are irresistible and I love them, and I felt like they needed representation on this score. But there are many others whose instrumentation wouldn’t have existed in that era at all. The score as a whole has a lot of variety and is intended to be sort of a love letter to video game music, while still unique – and unique to Eastward.

3.Can you tell me what your overall tone is for the Eastward soundtrack?

Joel: Many of the tracks skew contemplative, because that’s the tone of the world. But along with Pixpil, I’ve worked hard to create a multifaceted emotional experience. Many are playful, some are intense and driving, some are lively. It’s a real variety pack.

4. How do you approach composition?

Joel: Mostly by messing around at the keyboard until I find a melody or a chord progression or some spark of inspiration. Then I build from there. I consider myself as much a sound designer as I am a composer, and I tend to build the palette of the piece as I go. I let the piece guide me, changing when it feels like it needs to. And I’m always careful not to add in too many elements – to let the piece breathe, so that initial spark of inspiration comes through.

If Eastward wasn’t in your thoughts for 2020, it should be. I think the entire team has something special here – as long as the quality remains consistent. While the demo just gives you a little taste of what’s to come, one aspect that I hope gets fleshed out is the narrative because you don’t really get a feel for it in the 20 minutes. We’ll have to wait and see, but hopefully not for long.

The team at PixPil and Joel Corelitz was extremely accommodating during the process of creating this video. Please be sure to visit their website and follow them on all social media platforms.