The Message Behind Dragon Quest: Your Story 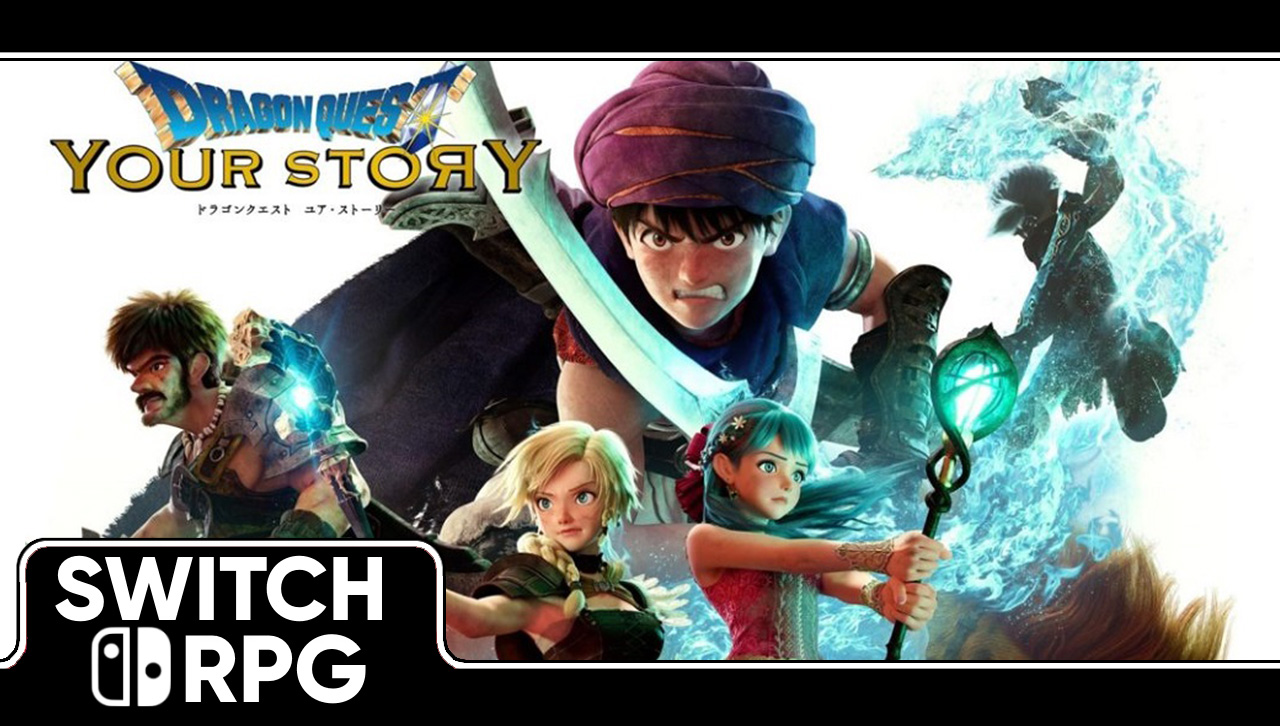 “What makes you a ‘gamer?’” This is the quintessential question that we all ponder at some point once we choose to take up our collective, favorite hobby. It may be an existential query, or one that has most likely been posed to you by someone who just “doesn’t get it.” Depending on your favorite genre, the answer could be a myriad of things: camaraderie with friends if you enjoy multiplayer, critical thinking if you enjoy the strategy genre, and so on. The answer is a bit more complicated for we RPG fans, in this humble writer’s opinion, however the new animated movie Dragon Quest: Your Story does the best job to date of crafting the answer that we’ve all wished to convey to the casual crowd for years.

SPOILER ALERT; THE REST OF THIS ARTICLE WILL CONTAIN SPOILERS FOR DRAGON QUEST: YOUR STORY.

Dragon Quest: Your Story starts off in a way similar to Dragon Quest V, the video game that inspired it. A seemingly average, young villager sets out for a normal task and is abruptly flung into a dangerous, yet exciting adventure distraught with world (or time) altering ramifications. The hero comes to discover that his lineage isn’t as average as originally thought. “Your Story” checks all the typical boxes- in fact, it’s somewhat predictable within the first hour.

Dragon Quest fans and RPG fans in general will still likely be entertained regardless of the predictability due to some top notch animation, voice acting and a “Kefka-esque” villain with overtly diabolical plans. There is the obligatory budding romance that begins to materialize very early that is obstructed by a royal arrangement. Does the protagonist end up finding his way back to his true love? I’ll have to let you find out that particular answer on your own. Suffice to say that the romance is entertaining.

At this point you’ve probably come to the conclusion that this movie is a collection of RPG cliches produced for fan service. If so… I’ve got you right where I want you- the same position the movie had lulled me into, actually. But now comes the twist: movies and games will often attempt to inject suspense with the addition of a narrative shift or twist that throws everything on its head, forcing the viewer/ player to re-analyze everything they have experienced thus far. It’s a delicate process, however, and the execution can be tricky. Plot twists have been known to have a reverse effect by causing the player or viewer to feel a sense of wasted time and efforts. One spends hours invested into certain characters that seem destined to perform certain goals, only to have all of it change at the blink of an eye.

This is where “Your Story” lost a couple of my teammates here at SwitchRPG. WARNING! This is one last opportunity to click off before you read a major spoiler! If you have yet to watch Dragon Quest: Your Story, I highly suggest watching it before you finish this article!

After the viewer has spent most of two hours watching protagonist “Luca” Lose his parents, grow into a man, fall in love, save the world, start a family, give birth to a hero son that brings Luca back from certain doom later in his life only to attempt to save the world once again, we finally learn the truth: It was all a simulation. An average, everyday person has been enjoying this epic in some form of a virtual reality Dragon Quest game (sign me up!). The game is revealed to have been hacked, and “Luca,” having been revealed to be controlled by the actual “unnamed protagonist-” comes face to face with the virus as it tries to make itself out to be the game’s true final boss. The virus tells the player that its creator “hates his kind,” going on to say that players waste their time because none of what they experience is real, meaning they aren’t productive.

This is where our protagonist chooses to answer the question posed at the start of the article. As he resists being forced out, he takes notice of his simulated family and comes to understand the reason for his quest, and the reason he has continued playing. This is perhaps the most impactful element of the genre, which many titles have succeeded in making genre enthusiasts experience and likely the reason for our presence here today. Luca then screams: “It’s real to me!” acknowledging that this adventure, along with many others he has played to this point, have touched a genuine and authentic place in his heart.

His experiences with the characters were real. The choices he made to protect them, love them and save their worlds were very real to him. With renewed vigor, Luca destroys the virus and enters the endgame of the adventure. His family is safe. His world is safe. The spirits of his dead parents may finally rest. The gamer soaks in all of the “congratulations” and “I love you’s” that Luca’s family showers him with as they finally feel the relief of a safe world. The protagonist- via Luca- offers up one final line of dialogue that delivers another elegant answer to the aforementioned question: ”I’m just glad I’m not alone.”

The protagonist acknowledges the question that many have likely been faced with, at some point- the world can be a place filled with darkness and loneliness at times. What better way to escape from that isolation than to temporarily enter and enjoy a new reality? The line reminds us that most stories in our favorite genre not only provide us with exciting, cathartic and beautiful new realities to escape into- they provide hope as well. Hope that, although our world (much like Luca’s) can be a dark, lonely and scary place at times- we believe that we can overcome with a little grinding, faith in our fellow party members and a few equipment upgrades.

Thank you for visiting SwitchRPG today! I hope you enjoyed this article and I hope you enjoyed Dragon Quest: Your Story. If you haven’t seen it and chose to spoil it for yourself and still wish to watch it, you can view today on Netflix. Let us know what you think in the comments below.