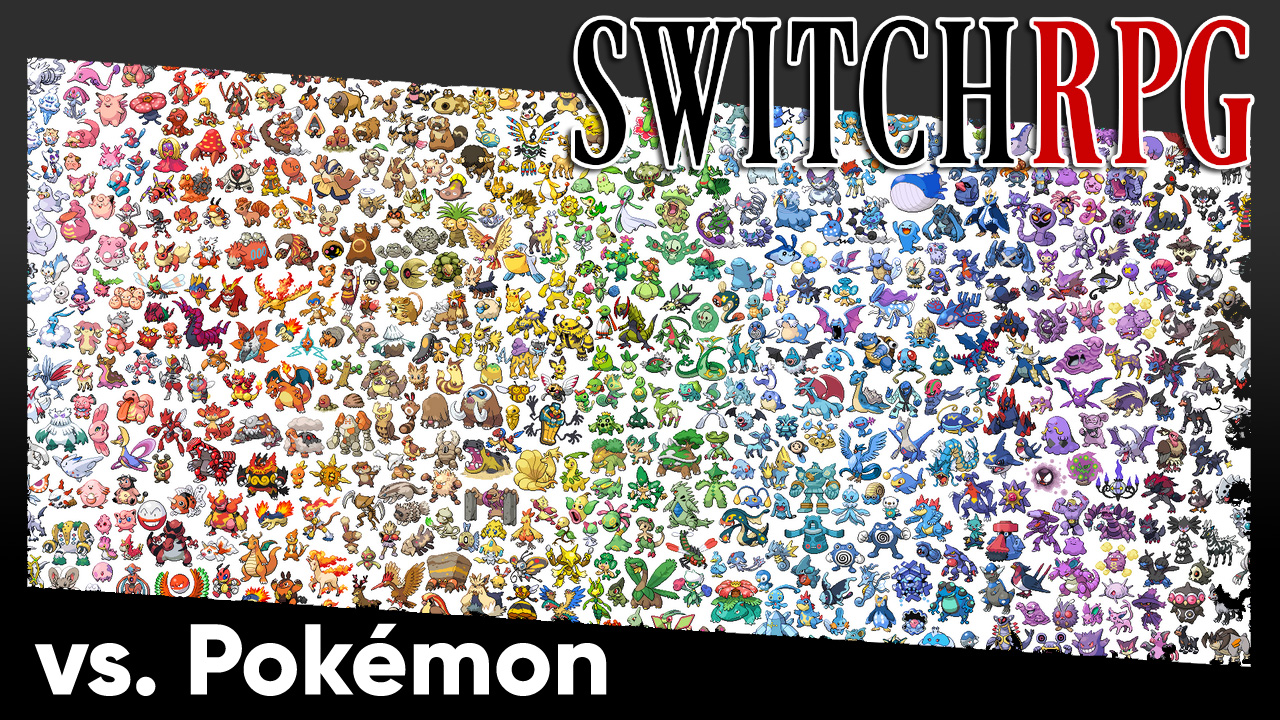 In SwitchRPG Versus, we’re playing through every major game in a popular RPG series, chronicling each adventure and ranking various game elements as we go. This week, we begin our first game in the SwitchRPG vs. Pokémon series, with the start of our playthrough of Pokémon Blue.

Ah, Pokémon Blue, one of my favorite RPGs of all time and the second twin in Pokémon’s first generation. Booting up the game for the first time in a few years brought on a wave of nostalgia, remembering sitting in my childhood bedroom, playing the game for the first time by lamplight. Back then I knew nothing of competitive Pokémon battling (it didn’t exist yet!), nor were there such things as breeding, shinies, wonder trades, or any cohesive online community. I was just a kid playing an RPG, collecting whatever monsters struck his fancy, and hoping to actually beat his brother’s team when they finally hooked up their link cable. Today, I’m an amateur game critic, with eight generations of Pokémon games under my belt and a growing insight into the world of game design. While that initial rush of nostalgia fills my heart with childlike glee, I do wonder, heading into this wild Versus series, how well will the game hold up under my more mature, critical eye?

From Pallet to Pewter, the Journey Begins

From the outset of my game, waking up in Pallet Town and heading to Professor Oak’s lab, I had a few simple objectives. First, I was to pick up a Bulbasaur as my starter Pokémon – both because he’s my least used starter in all my Pokémon Blue playthroughs in the past and because his typing is ideal for the first few gyms. Second, I was going to catch and use Pokémon throughout my journey that I hadn’t used before – or at least used seldom. With these precepts in mind, I started my journey, heading up Route 1, picking up the package for Professor Oak in Viridian City, and looping back around on Pallet Town for the Pokédex. Those tasks completed, I was able to return to Viridian City and get my first batch of Pokéballs. With those, I caught all the local Pokémon – enduring the insufferable grind for male Nidoran along the way – and settled on adding a Spearow to my party – a bird Pokémon I had largely ignored over the years in favor of mons like Dodrio and the Legendary Birds.

Bookending this opening part of my adventure, of course, were two battles against my rival – RED. There are a few things I’ve always loved about these early rival battles, which I appreciate all the more now that I know more about game design. First and foremost, it’s entirely possible to lose BOTH of these battles, depending on your choices and general RNG shenanigans. With only basic, normal-type moves at your disposal, a random critical hit is all that really stands between you and a crushing defeat in that first fight. I have lost the fight before over the years, more than once. The second fight is similar, as if you are just randomly exploring without grinding, it’s entirely possible you’ll be walking into it with nothing but your starter, a level 4 Pidgey, and a level 3 Rattata. Combined, these two encounters go a long way in establishing your rival as a legitimate threat and giving you something to strive for when he pops up randomly as the adventure continues.

Thankfully, I had the advantage of experience in this case, and trounced my rival on Route 22 before heading into Viridian Forest. I have to say, I never truly appreciated how great a first “dungeon” Viridian Forest is. It has a few branching paths with tucked away items. It has “safe” paths free from wild encounters, but with Pokémon trainers lying in wait. It has your introduction to status effects with Weedle’s Poison Sting attack. It has rare Pokémon to hunt in the form of Pikachu and whichever version-rarity bug you happen to have. And of course, it has the bugs themselves. Caterpie and Weedle are custom built to help teach the player about Pokémon evolution, giving them some early milestones and a sense of accomplishment when they manage to evolve their Butterfrees and Beedrills. All these little elements combine into this tiny little dungeon, teaching the player how RPGs – and Pokémon in particular – are played. 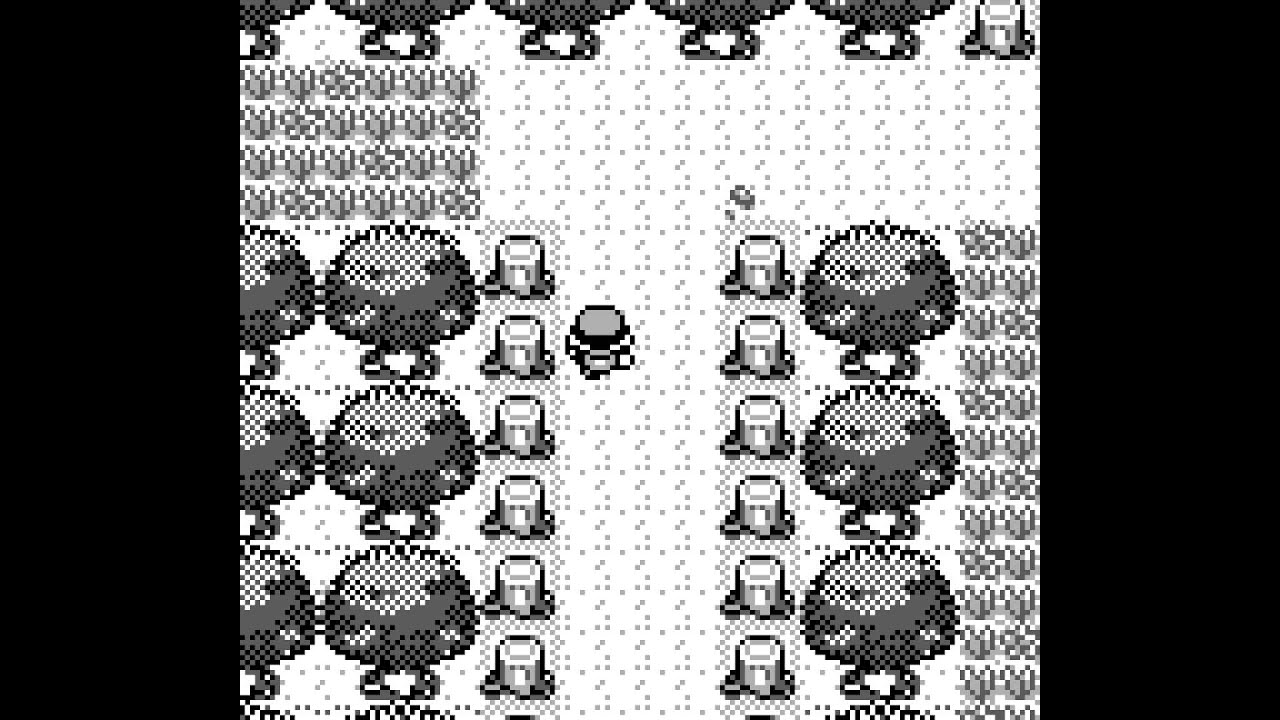 Exiting the forest, I ended my extended first day with the game taking on Brock and the Pewter City Gym. Again, we have a fine example of game design at work. Brock’s Rock-type Pokémon forces players who started with Bulbasaur or Squirtle to actually try out their new Grass- and Water-type attacks in order to score a victory, and for Charmander players, they need to go back and see if any catchable Pokémon would be more effective. In this case, the game provides Butterfree’s Confusion attack, a Psychic-type move that should be able to cut through Brock’s defenses. In my case, my Bulbasaur’s Vine Whip swept Brock’s team with ease, earning me my first gym badge and a conclusion of my first day back with Pokémon Blue.

My first day has me feeling very optimistic about my replay through one of my favorite RPGs – and the series as a whole. I know there are tougher challenges to come, but it’s been a privilege to dive back into this game with fresh eyes and see just how well designed it can be.

Come back next week for the second part of SwitchRPG vs. Pokémon Blue!