Before every game under the sun featured some sort of RPG mechanic, there was Parasite Eve: a unique action RPG released by Square in 1998.

Parasite Eve was interesting because not only did it steer clear from your traditional, high-fantasy RPG setting, it also categorized itself as a survival horror game in the vein of Resident Evil. Although I wouldn’t classify it as a survival game per se, it certainly shares some similarities with the early Resident Evil titles. Parasite Eve spins a truly dark tale about the horrors of the unknown limitations (and potential mutations) of the human body. You play as a NYPD rookie named Aya, who gets wrapped up in tragic events full of spontaneous combustion and flesh melting that would make the Nazis opening of the Ark of the Covenant in Indiana Jones look like child’s play. Seriously, some of these situations are so disturbing that it’s no wonder that I was genuinely disturbed by them as a young teenager.

The fact that, you alone, are seemingly immune to these maladies remains the driving factor behind your entire investigation. I mean, you are a cop too, but only a crazy person would stick around in a city where people are catching fire for no reason. You will find comfort and occasional help from others along the way though, including some of your coworkers from the NYPD. But given that they can succumb to the “sickness” and you cannot, you are very much in this thing alone. Military-grade weapons, armor, and various pharmaceuticals are your real friends here. There is a wide variety of gear to choose from, and the “tune-up” mechanic allows you to combine and upgrade your chosen load-out in order for you to reach your fullest potential. Weapon and armor modifiers range from changing up the rate of fire, adjusting the spread of your projectiles, auto-healing yourself when injured, and more. Hoarding all of the equipment you can certainly does not go to waste, as you may find yourself combining things down the road even if you think you’ll never use that inferior weapon again. 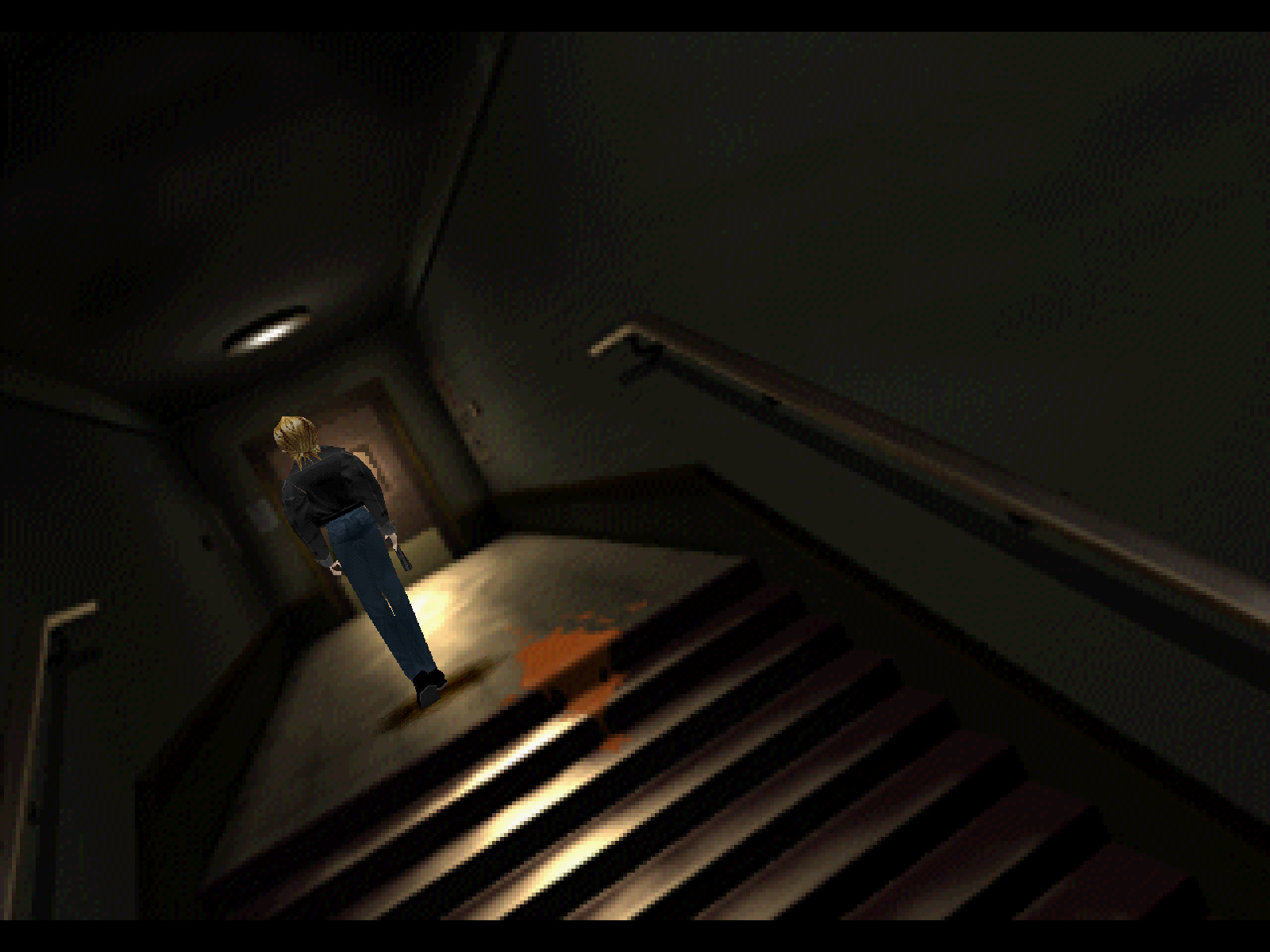 Apparently, a side-effect of your mysterious inoculation to the city’s horrors also paves way for you to learn combat abilities, much like magic in your traditional fantasy RPG. Restoring health and curing status ailments are just part of the abilities at your disposal, you can also use this energy to power up your gun to unleash a devastating energy shot. Your “MP” restores itself as combat unfolds, so don’t be afraid to experiment with whatever abilities as you see fit.

I like to think of Parasite Eve’s combat system as an early version of the Fallout franchise’s VATS system, though not entirely that to a T. While you aren’t able to select individual body parts and take aim, combat comes to a halt whenever it is your turn to act. From there, you can choose to adapt to the situation accordingly, whether that be with an offensive or defensive approach. While waiting for your turn to come around, you are able to freely move about the combat field. You should absolutely take advantage of these times of free movement because, after all, it is considered an action RPG game. Quite often, you can avoid damage entirely by moving out of the way of your opponent’s attacks. This can prove to be quite frustrating in those instances where the field is cluttered with enemies, however. On top of that, many of the encounter fields are compact, on the borderline of being cramped when you consider enemy placement as a factor as well. Regardless, I can appreciate the combat for being an achievement of innovation and technological prowess within the RPG landscape when framed around a retrospective lens. 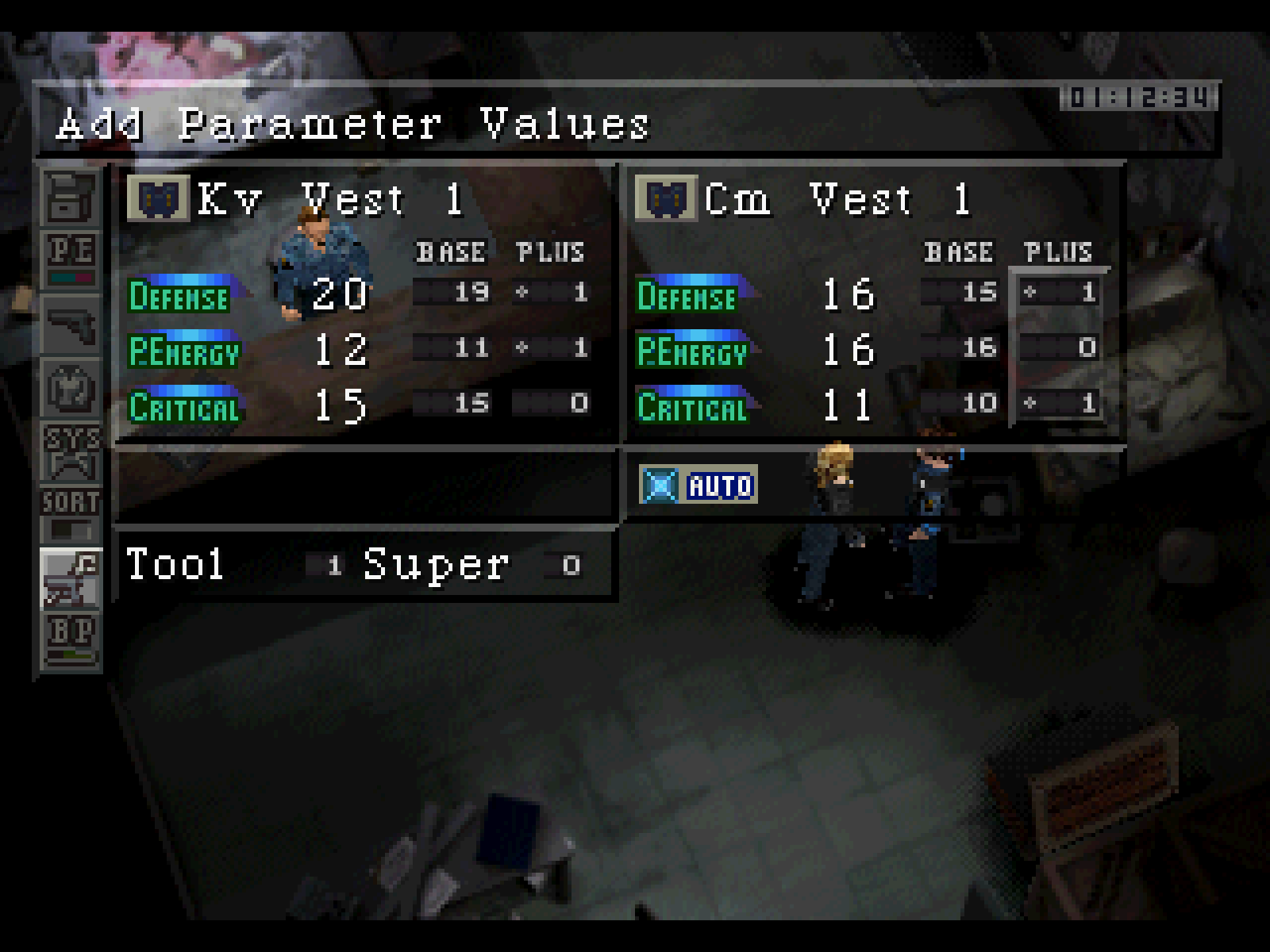 Parasite Eve truly shines with its unsettling atmosphere, and I think the pre-rendered background craze of the early PS1 era certainly adds to that effect. There’s something about it that makes the horror theme more believable, and perhaps that stems from the fixed camera and being unable to see what lies around the next corner. That, coupled with a creepy, atmospheric soundtrack by Yoko Shimomura makes for an experience that can still come off as chilling even today. The frequent CG cutscenes depicting all of the horrors within certainly helps as well.

I think the most divisive point that could arise by revisiting Parasite Eve today will be the dialogue, which is often laughable at best and downright cringy at worst. Now, I do believe the story overall holds up despite that issue, but I can’t help but think how much better the game could have been with a better script. I’m not sure whether the problems are from the writing itself, something lost in translation, or a little of both. But if you’re planning to play it anytime soon, don’t expect to take the dialogue too seriously. Luckily the overarching narrative and general unsettling atmosphere more than make up for the shortcomings of the individual character interactions. 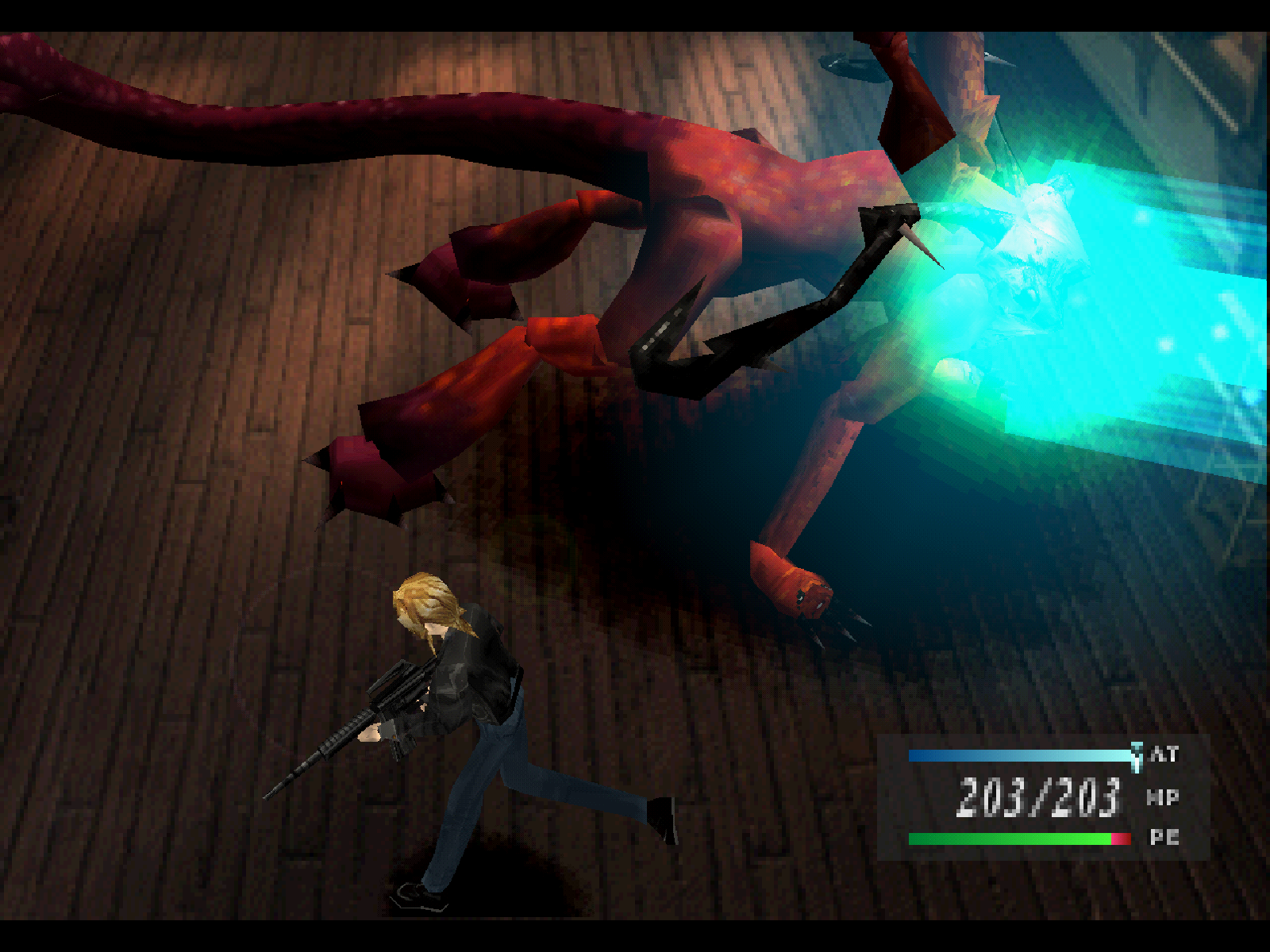 Parasite Eve is quite short, which may be another contending factor for some people. At an average of 10-15 hours to complete, it might not be worth the investment for everyone. Even so, I think the modern, horror-based RPG approach is something that can still be appreciated in 2018. And look, I won’t make fun of you if you still find it a little on the disturbing side despite the toll that age has put upon it. I, for one, would love for more games to exist today that mirror the unsettling themes portrayed by Parasite Eve.