Goals are a great thing to have in life. Many people strive for fame, fortune, family, and a purpose in life. Well, at the age of 5, my goal was this: beat a game called River City Ransom every single day all summer long. Yeah, I was that dork. 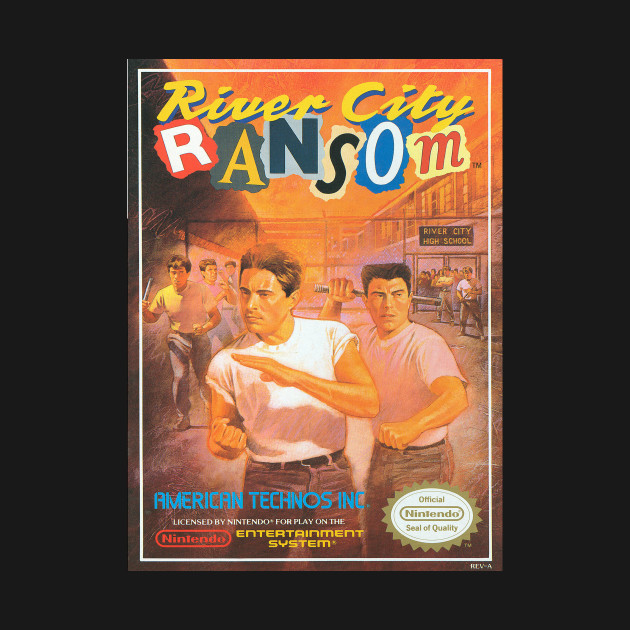 All it took was a trip to my local Kroger to secure a copy of it, and I was off to the races each and every day thereafter. I would beat this game every day, dangit, all while taking breaks for food and smacking it obnoxiously at an imaginary camera (play the game and you’ll understand that statement). This was my thing, my jam, my Merv’s Burger if you will, and I loved every second of it.

Saying that I love River City Ransom would be an understatement. Even to this day, I find myself, from time to time, with the itch to jump back in and experience it all over again. And with the way the game is set up, this is very easy to do, even with a limited time investment. River City Ransom isn’t a long game, with some speedrunners completing it in less than seven minutes. Even a fresh run from a novice player could easily be done in under an hour, especially if you aren’t soaking up all of its goodness along the way. 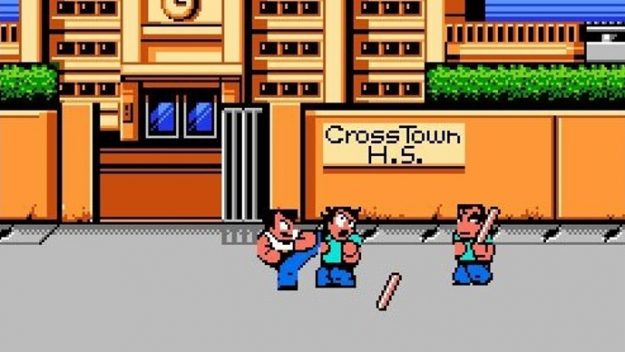 You see, River City Ransom is the kind of game that isn’t about the final destination per se, but rather the journey to it. At its core, it is a beat-em-up game very similar to the likes of the Double Dragon games of the same era. Beyond the base level, however, River City Ransom truly shines by way of its wonderfully layered and interesting RPG mechanics. Traditional level-ups are not a thing, and in its place lies a SaGa-like system of individual stat development that is tied to eating and purchasing various items found in the shops across the region.

Yes, eating mass amounts of sushi, burgers, and sodas improves your character. It’s really a miracle that your protagonist is not 800 pounds by the end of the game, because eating junk food is the life. But it’s not all about fried chicken, as listening to music CDs and putting on your best pair of cowboy boots can also boost your stats. Wicked, I say. 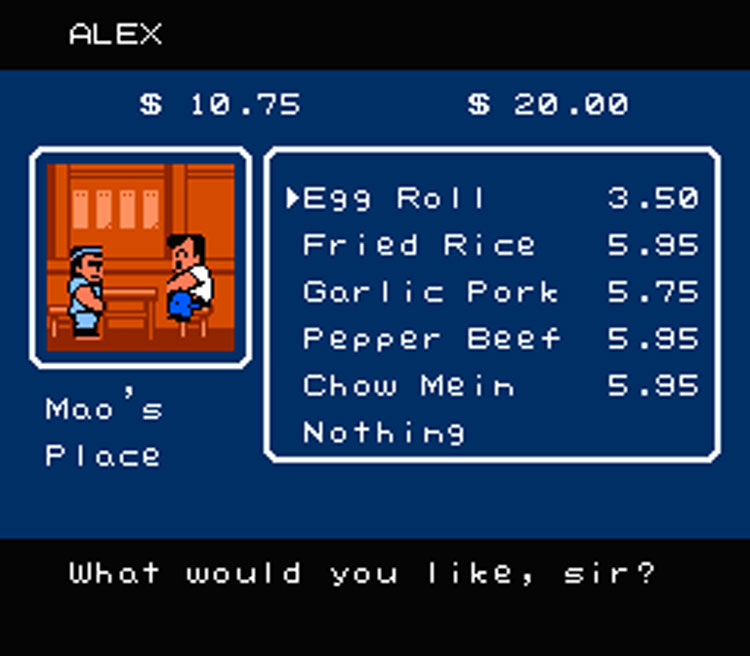 Oh, and don’t forget to read, kids. Yes, visiting bookstores in River City Ransom is the key to unlocking additional moves for your character. Through the power of words, you too can learn how to throw foes like a javelin, continuously front-flip while jumping (knocking down enemies in the process), swing and kick at lightning-fast speeds, and much more.

This kind of design allows the player to cater their playthrough to their own tastes. Perhaps you want to completely deck out your character with max stats and the best equipment? Maybe you’d like to try a throwing-only run, or specialize in weapons? Yeah, there are weapons too, such as baseball bats, metal bars, trash cans, and that’s just scratching the surface.

If you are saying to yourself, “I want to eat chicken and do acrobatics too”, but are wondering how, fear not. The mechanics are actually very simple to grasp as is the case for most games of that time. As to not spoil the actual story of the game, I will only leave you with this: you beat up a lot of people, they will occasionally say “barf,” and then you take their money. This money can be used at the various shops mentioned previously to expand your character’s abilities, as well as restore their health.

Well, maybe you just feel like taking a break. You can do that too! River City offers the full health club experience, complete with a steamy sauna and full male buttocks to boot. Spend enough time wandering around River City and you may even come across the wares of the famed Merlin himself! 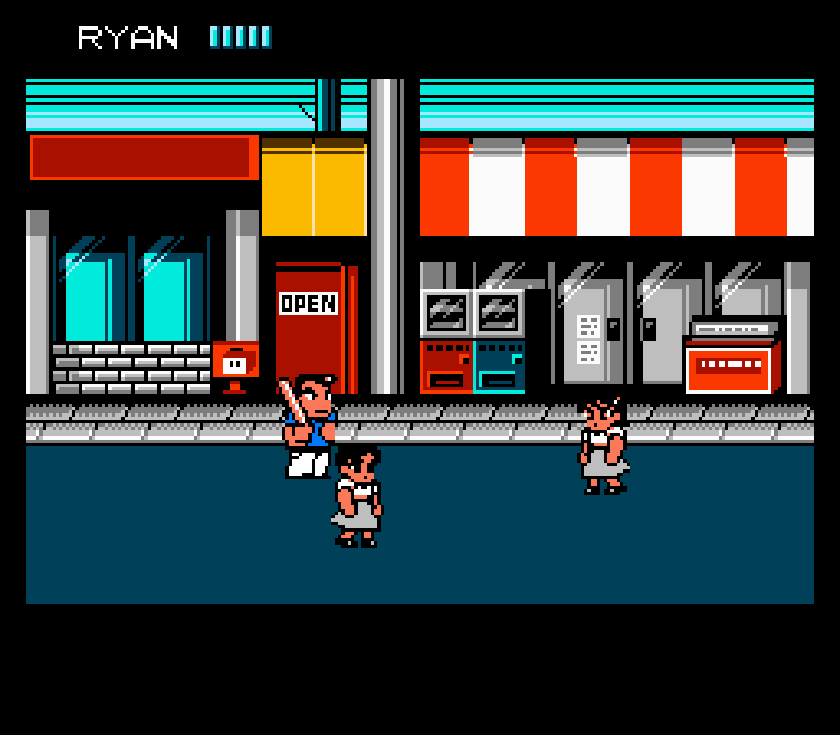 I’ve joked pretty much through the entirety of this article, but it’s only because River City Ransom is overflowing with charm and managed to do a lot of unique things for a game of its time. If you haven’t played it before, I suggest taking the time to do so. Again, it isn’t an extremely long game. But if you are anything like me, you will find it easy to come back to again and again due to the nature of its design.

Additionally, I suggest that you check out River City Ransom: Underground on Steam, which I have mentioned in previous articles. It is a direct sequel to the original NES game that is a worthwhile play in its own right. My hope is that one day it will come to the Switch, but I would love the original River City Ransom on it even more.

If you have any memories of this game, please share! If you’ve never played it, stop reading and go get it already!