Into The Vault: A 2018 Journey Through Dragon Quest I 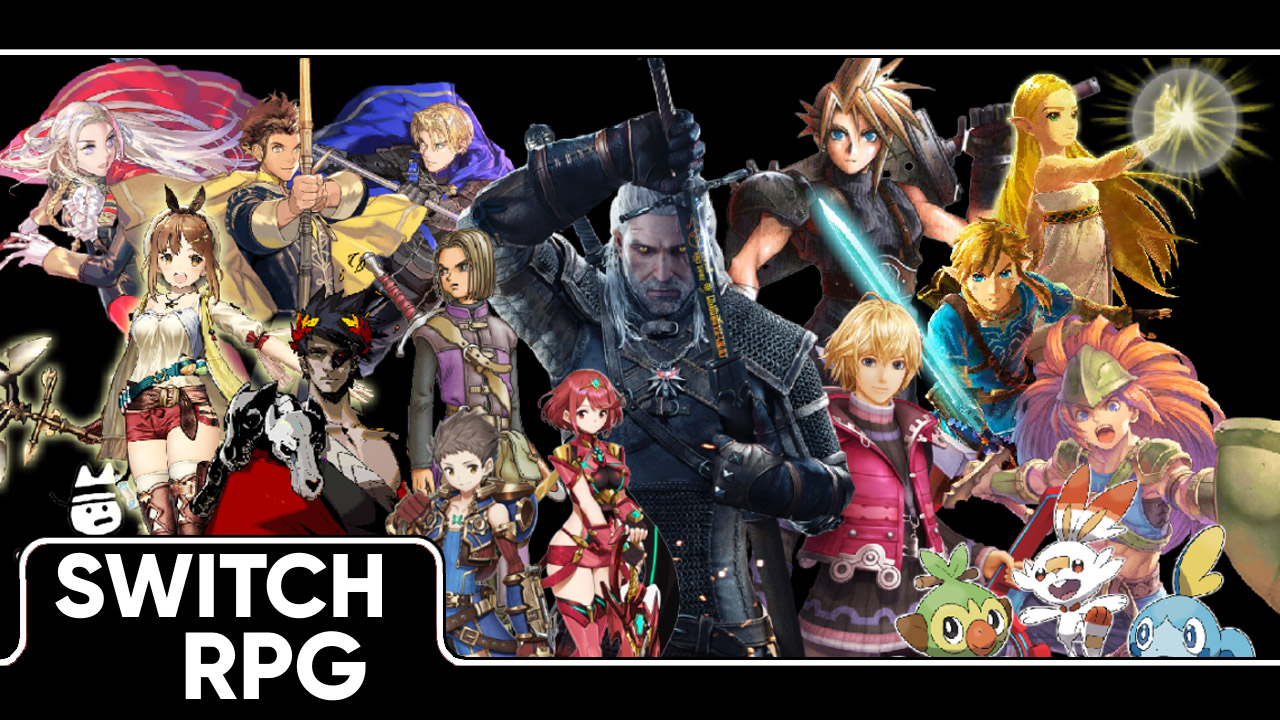 The last time I wrote an Into the Vault piece, I celebrated the connections between a newly-released RPG (Octopath Traveler) and one from the major days of yore (Romancing SaGa). That piece gives a bit of insight as to where my head has been for the past few months – thinking about older games. Not even in a “games were way better back then” type of way, to be clear, as I believe amazing games come out all the time. Instead, it’s been more out of an interest and intrigue into analyzing the history of the genre. I want to go back and experience the building blocks of the industry on which we stand in 2018. Last week, I began my jaunt into the “olden times” with a game widely considered as the one that changed everything for the RPG genre in 1986: Dragon Quest I. Through my time with it, I fell both in love and in hate with so many of its varied aspects. All in all, I enjoyed the struggle and pain it put me through, and while I don’t necessarily believe this game is for everyone, I’m happy to say I experienced it end to end.

First off, I would like to establish which version of this game I played as I experienced what I would consider to be the definitive version. The only problem is: without some fenangling, it’s a version unplayable in the West. I’m referring to the SNES cartridge containing Dragon Quest I and Dragon Quest II, which was released in Japan alone in 1993. Major differences between the original NES release and the SNES port include: improved visuals in the SNES version as well as an enhanced music score, massive gameplay rebalances, some area rescaling, and more. While this version eventually made it to the West on the GBA, I’m personally not a fan of what they had to do to the graphics and general translation to make it work on that platform. For this reason, I obtained a Japanese import and patched it with an English translation in order to experience it in all its SNES glory.

With that established, I want to focus on how the game made me feel throughout my playthrough (because it’s a title that did in fact make me feel – a lot of things). Playing games in 2018 can most of the time be a seamless affair, lacking any true danger or difficulty. Yes, there are hard games out there – as there will always be some games designed in that way (I’m looking at you, FromSoftware titles). But by and large, game makers want you to experience their content and experience it to its fullest; for this reason, many companies soften their hard difficulty with casual modes or features to allow for as little frustration as possible. And I can’t blame them on this fact – I don’t love when games are so hopelessly hard that I want to rage quit. Many developers want their creations to appeal to wide audiences and so opt for these features as to not scare off potential players. I say all this to say: in some ways, it felt refreshing to go back and play a title that was not afraid to scare you away. Dragon Quest I looked at me and said, “Here I am, flaws, ridiculous difficulty, and all” and never backed down from it.

Let me be clear, I’ve read articles and watched videos detailing just how unfair the NES version of DQ1 is, and I understand there’s a balance to be had there. I’m claiming to enjoy playing something unforgivingly difficult, and I’m not even playing the “worst” version. This is because I believe in a difference between good, challenging difficulty and unbalanced, unfair difficulty. In my opinion, SNES DQ1 sits nicely in the first category and far away from the second.

Back to feelings, I want to say right out of the gate that DQ1 is a grindfest – there’s far too much of it. In fact, this would probably be the biggest detractor for most people. When I say it’s grindy, I mean that it’s possible to do a few quests, and then enter an area in which you’ll need to grind several levels and several thousand gold to obtain armor just to survive that area (anywhere from 20 – 50 minutes). It’s not the best game design in the world, and if this is indeed the thing to detract you, I cannot and will not blame you. Other hard-to-overlook flaws also come from game design. Inventory space feels way too small for the amount of items you loot through your adventure. Despite the rebalance, the amount of experience and gold from enemy kills feels way too miniscule. Also, imagine my surprise when I got plopped into a world with more landmass than Final Fantasy I and found out there’s only one save point in the entire game. Talking to the king allows you to save your game, but that’s it. No matter how far out you go exploring, you will always need (and want) to periodically return home to save or risk losing precious progress. (Note: death returns you to the castle, and while you don’t lose experience or levels, the king takes half of your money, which is brutal considering the amount of time it takes to amass any significant amount of it.)

Although I list the single savepoint feature as poor game design, I must confess it led to one of my first big impressions of the game: the world actually feels dangerous. Enemies are strong, and you will get slaughtered if you’re unprepared, underleveled, or underequipped. But on top of this, you get more nervous the further away you travel from the castle. It’s your haven throughout the game. Since it’s the save spot, it feels like the game’s orbital center; you go out and come back to its safety. This element truly made the world feel wild and fierce, especially considering the enemies also become harder the further away you get from that point. I can’t tell you the number of times I nearly got turned around and “stranded” with little MP and dwindling health. Because of the game’s systems, YOU FEEL IT.

What this comes down to is the fact that (in my opinion) the main character of Dragon Quest I is not your playable character – it’s the world itself. This game would honestly not be what it is if its world were any different. From the moment you hit the world map, you feel its weight and antagonism. As you travel through it, you feel its taunting challenges. And as you grow stronger and more adept, you feel triumphant BECAUSE of it. Every aspect and mechanic within the game is designed to make you respect, fear, love, hate, and eventually overcome the world.

Allow me to set up what it feels like to start a new game of DQ1. You, the playable character, are the descendant of a long-dead champion, and most of the game sees you doted-over for being part of his bloodline. An evil entity has taken the kingdom’s princess captive and now sits on his throne like the diabolical squatter that he is. Upon agreeing to get her back, you leave the castle walls and immediately stare upon the filth and darkness-ridden evil fortress of the enemy. Yes, the moment you enter the world map, you see your final objective. You feel it sitting there like an infection, looming over you as you progress. You travel all over the world, but every time you circle back around to your home base, you sense its heavy presence and you literally see it just beyond your reach. If it hasn’t been made clear up to this point, DQ1 is quite an open world-style game. There is little in the way of main “plot,” and most of the narrative and sub-narratives come from exploring the world and talking to NPCs. You can travel anywhere from the beginning as long as you understand you could be murdered ruthlessly by stronger enemies the further you get from your starting point. While the game guides you certain directions through NPC dialogue, there is no quest screen to remind you of your task, and there are no arrows to show you where to go. The game trusts you to figure it out. The only true main quest in the game is to delve into dungeons to find artifacts proving your heritage and to become strong enough to defeat the big bad. Once you obtain those objectives, you can then rescue the princess and take down the evil final boss.

Even if you’ve never played DQ1, those descriptions might sound strangely familiar. To recap: the open, sometimes unforgiving world is the main character, your silent protagonist goes through the story hearing about a great hero of the past, the main plot is minimal and allows you to experience the world without too many rails, and the game starts with you seeing your ultimate villainous destination. The one huge feeling I could not shake for the entirety of my playthrough is how much Dragon Quest I reminds of me of my time playing The Legend of Zelda: Breath of the Wild. BOTW brought that same level of anxiety as I traveled around the world. It would let me do what I wanted and go where I wanted, but it wouldn’t promise safety or ease. It was a game that wasn’t afraid to push back, to make you figure things out on your own instead of spelling it out for you. And it shares all the things I listed above (true, in BOTW, Link IS the ancestor everyone continually talks about, but you can’t deny how close it is). Starting a new game in Breath of the Wild, stepping onto the plateau, and seeing Ganon’s castle looming in the distance is an absolute chilling and unforgettable feeling. And the process of going from intense, overwhelming wonder and dread for the world to admiration and triumph of it had been unmatched in other games – until I played DQ1. The world in Dragon Quest I is one that, while totally flawed (and perhaps too much so), impacted me in ways few other games have.

I know as I go throughout the Dragon Quest series, other games will BE better and be more enjoyable, but I think there is something special about this world in particular that will stay with me for a long long time – similar to how there might be objectively better Zelda games than Breath of the Wild, but that world will hold a special place in my heart forever. So if the whole goal of this Into the Vault journey is to gain a greater knowledge and admiration of the past and its games, I can wholeheartedly say this is a fantastic way to start. I wish this specific SNES version was more accessible (and slightly less obtuse) because I would love for many people to experience it. But as I’ve said, I can totally understand if it isn’t for everyone. Not every game is, and that’s okay.

For now, I’m going to close the chapter on my Dragon Quest I adventure and excitedly jump into the vault again to experience the glory and grandeur of Tales of Phantasia.

Until next time, happy gaming, folks.