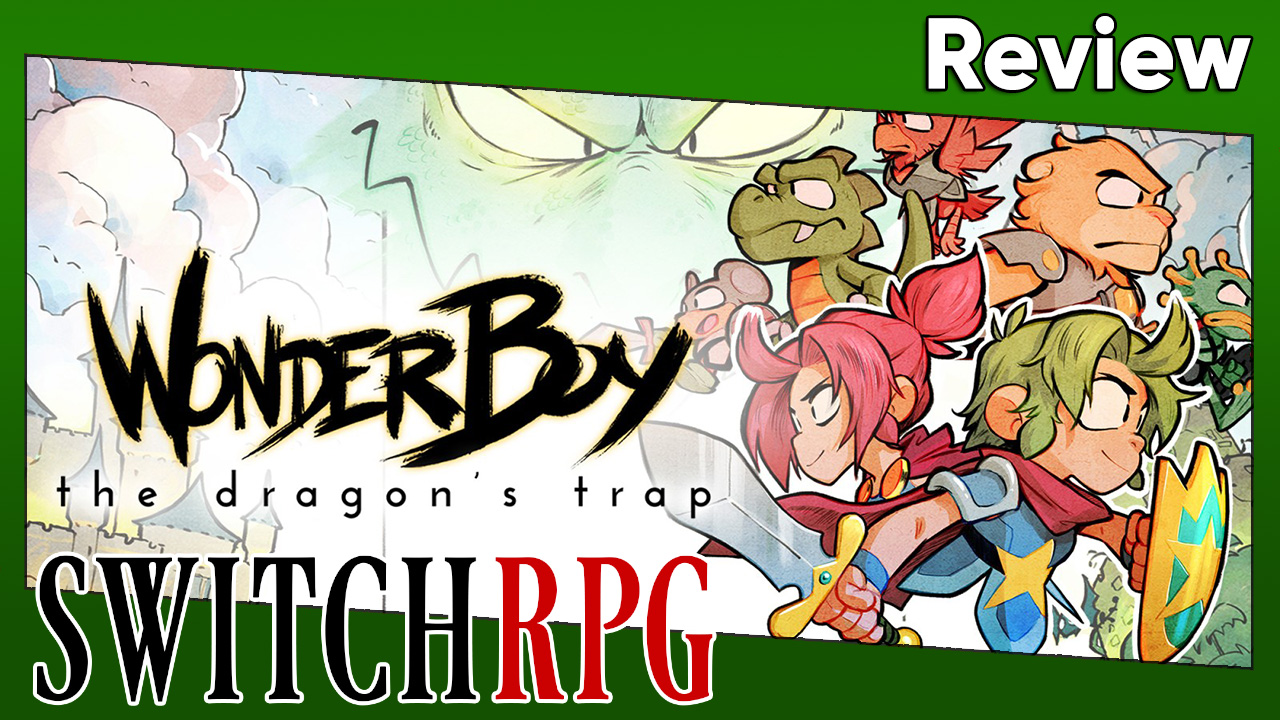 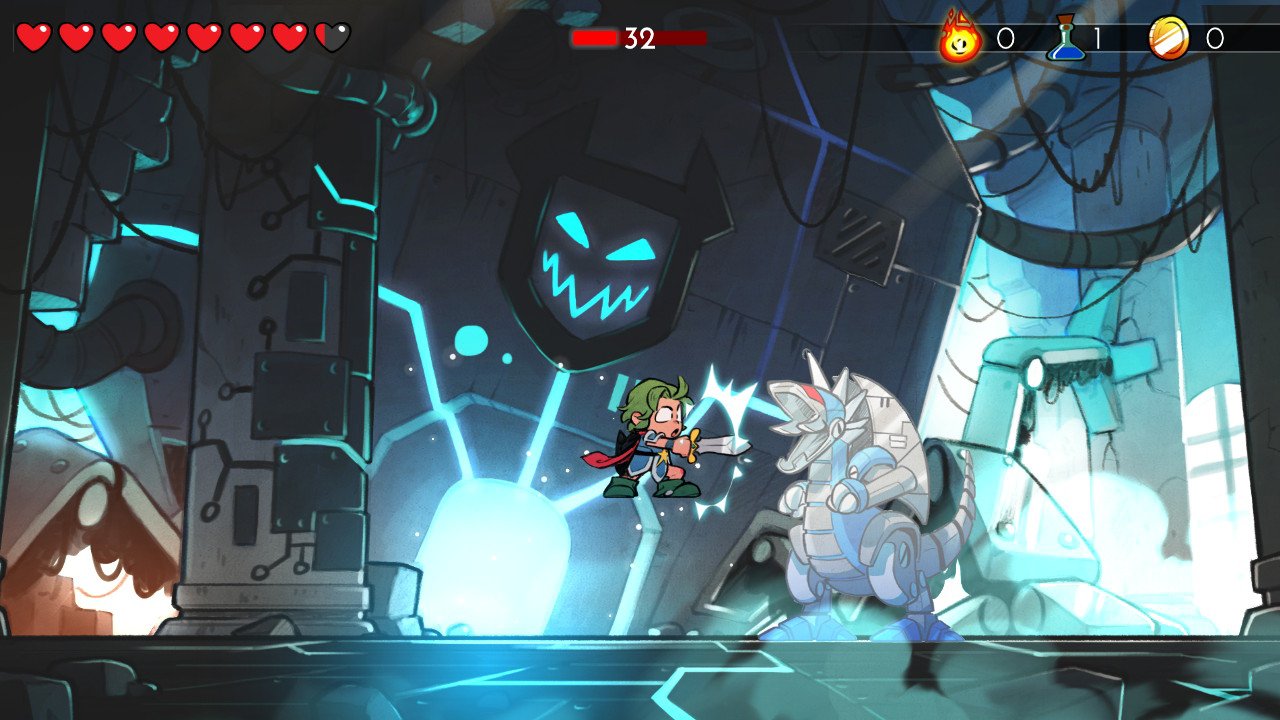 Wonder Boy’s basic premise hearkens back to an earlier time – and for good reason. The game is an HD remake of the 1989 Sega Master System title, Wonder Boy III: The Dragon’s Trap. In this 2017 remaster, developer Lizardcube manages to perfectly capture everything great about this retro classic, while infusing the game with updated graphics, streamlined controls, and a heaping dose of modern day production values.

Wonder Boy’s hand-drawn art style and orchestrated score immediately capture the player’s attention. These fresh art assets breathe new life into this 30-year-old adventure, while remaining a 1-to-1 match to the original game. Wonder Boy and the various creatures that inhabit Monster Land move smoothly through a brightly colored and layered world. Meanwhile, the game’s musical score remains as catchy as it was on the Master System, having been perfectly translated to the orchestrated standards of the modern era. Each new zone the player explores boasts an expressive tune with instrumentation that matches the environment perfectly. Combined, the HD graphics and sound place Wonder Boy as a shining example of modern 2D gaming done right.

For the curious, Wonder Boy also allows players to experience the game with its original sprites and chiptune score. Players can switch between the two modes using the game’s option menu or by clicking the right trigger (to switch graphics) and right analog stick (for sound). Bouncing between the two modes gives players insight into how the developers upgraded the game’s visual style. Locations that were once simple desert or ocean biomes are given new life, featuring ancient ruins, massive monuments, and beautiful landscapes that better express the personality of Monster Land. 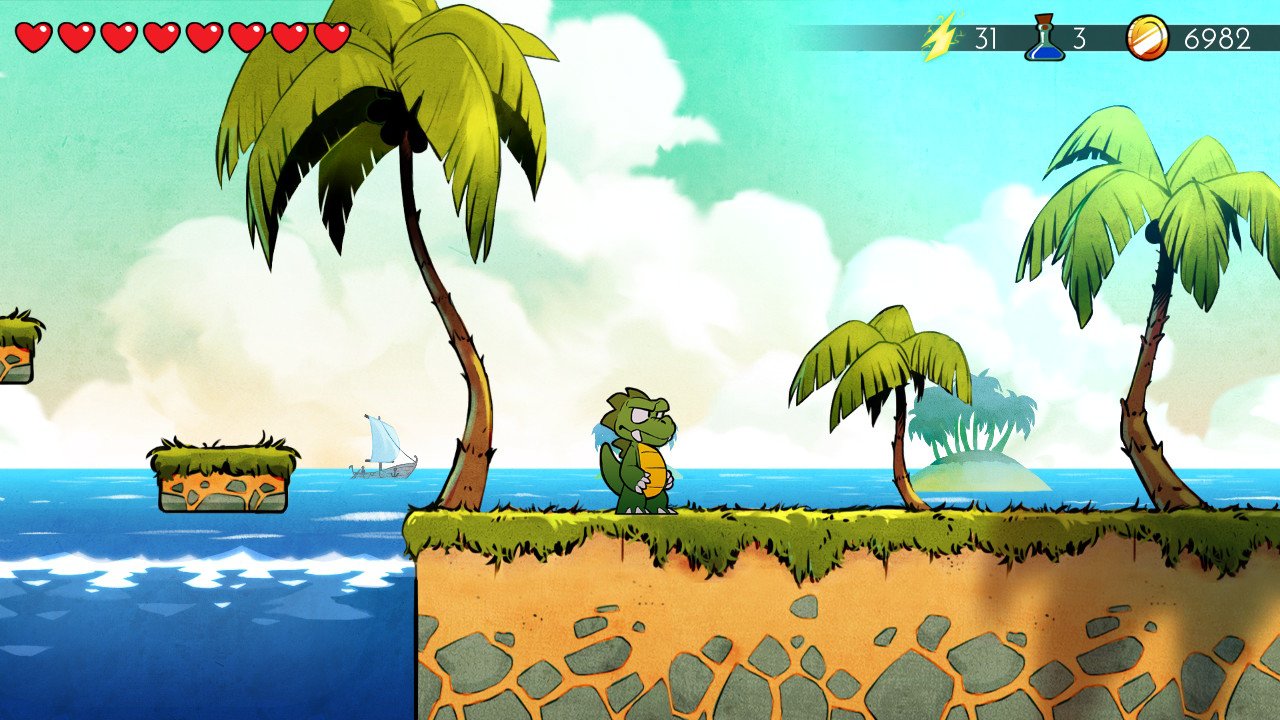 Monster Land itself offers adventurers a shockingly varied combat experience for a game of its era. Each new enemy the player encounters forces them to learn new attack patterns, jumping, dodging, and slashing their way to victory. Even the pallet-swapped versions of old monsters mix things up to keep the player on their toes. In addition, Wonder Boy’s ability to switch between various monster forms – each with different abilities – adds even more variety to this compact adventure. The Lizard-Man starting form gives the player a ranged attack, but no shield to defend himself, the Mouse-Man can climb up walls, and the Hawk-Man can fly over all obstacles. Each transformation gives players new combat options and opens up additional areas of Monster Land to explore.

As players venture into each new zone, they’ll discover increasingly dangerous threats, powerful equipment, magic spells, and the all-important animal transformations. These transformations not only give players access to new locations to explore, but they also help discover hidden nooks and crannies in previous areas, encouraging backtracking to unlock all the secrets of Monster Land. Even the game’s central village – which acts as a hub world between zones – hides mysteries that can only be unlocked as the player progresses. 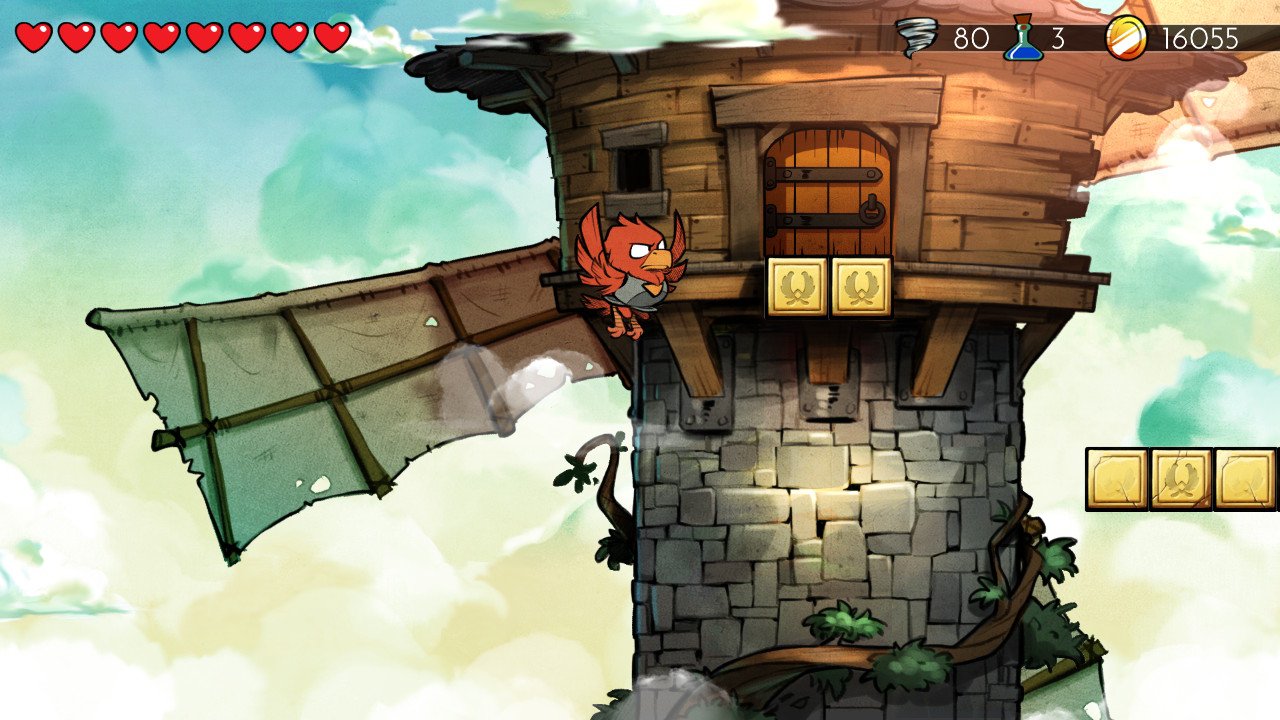 If anything negative can be said about the game, it’s that sometimes players will get stuck revisiting old areas without any hint of where to go next. The game offers very little in the way of story and no hints as to where the next objective might be. To progress, players must keep a keen eye out for anything out of the ordinary and be willing to experiment with the game’s mechanics. The final dungeon itself can only be accessed after obtaining a specific item that can prove troublesome to locate. That being said, any player who makes an honest effort to search out the secrets of Monster Land will be rewarded with what they need to complete the game and restore Wonder Boy to his Hu-Man form.

But the game doesn’t end there. Once the final boss has been defeated, the player can continue to explore Monster Land, alternating between his animal and Hu-Man forms to discover new secrets and return to fight the game’s dragon bosses. Certain collectible items can only be gathered once Wonder Boy has been restored to his original glory. Once all weapons, armor, shields, and other collectibles are gathered, players can always begin a new quest and challenge themselves to do it all over again, taking advantage of their knowledge to improve their completion time and experiment with different routes and strategies.

All told, Wonder Boy: The Dragon’s Trap proves that good game design tends to stand the test of time. With a little helping hand from developers like Lizardcube, these classic titles can be enjoyed by a whole new generation due to some gorgeous aesthetic improvements.