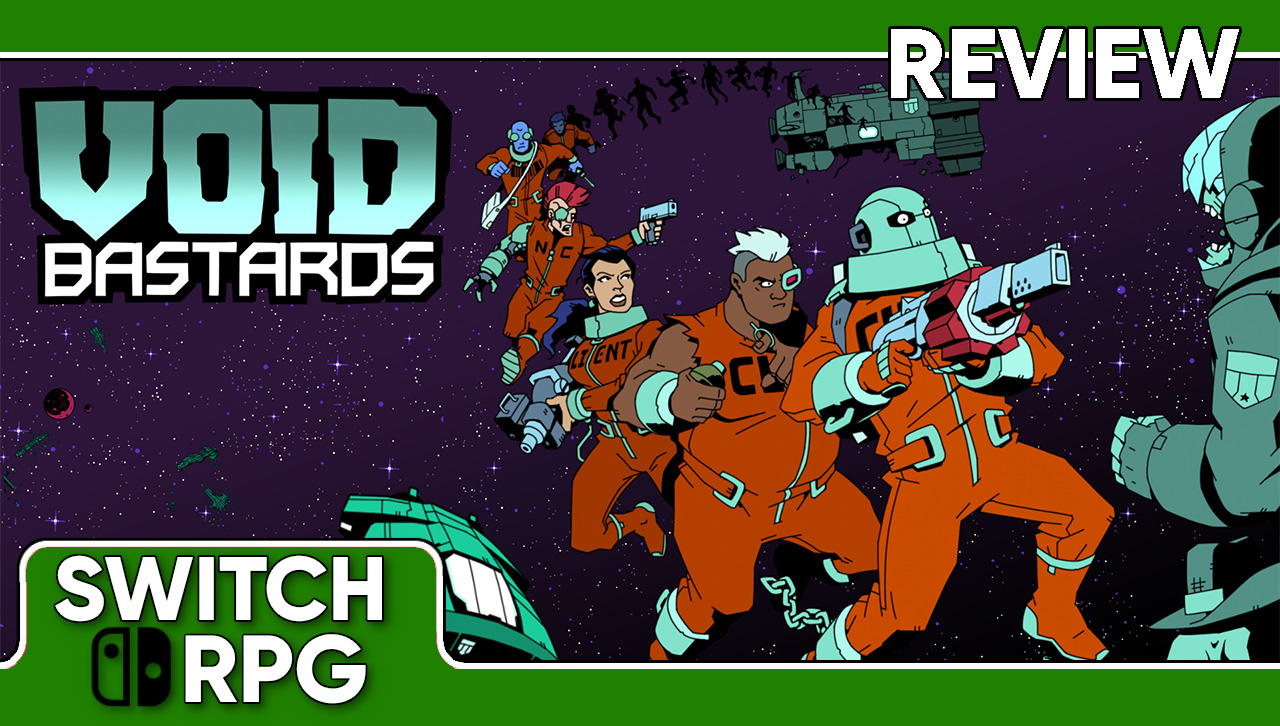 The first person shooter genre has some inherent strategy imbued within, where traditional strafing, cover, and gunplay mechanics rule the day. But this tends to apply in skirmish settings only, as multiplayer shooting titles take on a different sort of competitive edge, particularly when there are multiple respawns at play. But what sort of strategy needs to be applied when it’s one man versus the entire universe? Do the same rules apply when your enemies are legions of shambling undead, or worse? Void Bastards asks this very question, claiming to be a “revolutionary new strategy-shooter,” and in some ways, it is different from your standard fare. However, the strategy elements are imposed by the game’s roguelike structure, which ultimately informs the gameplay cycles. With that said, does this strategy shooter make for a good experience, when all is said and done?

Void Bastards has the player commandeering a crew through the Sargasso Nebula in order to get to… well, whereever they need to go, I suppose. Unfortunately, your ship has taken on some substantial damage, and you’ll need to scrounge up the bits and pieces needed to fix it from the various other ships floating around in space. You’ll be given over-arching, chapter-based objectives, which require a specific set of materials to craft. In order to obtain these, you need to take out a scouting ship, which means you’ll also have limited supplies to journey from place to place. You’ll consume one unit of food and fuel with each new ship you visit, even if you should decide not to raid the vessel, therefore these resources are a constant priority, which you’ll need to scavenge from the shops you board. That is, unless you die. Which you will. A lot. 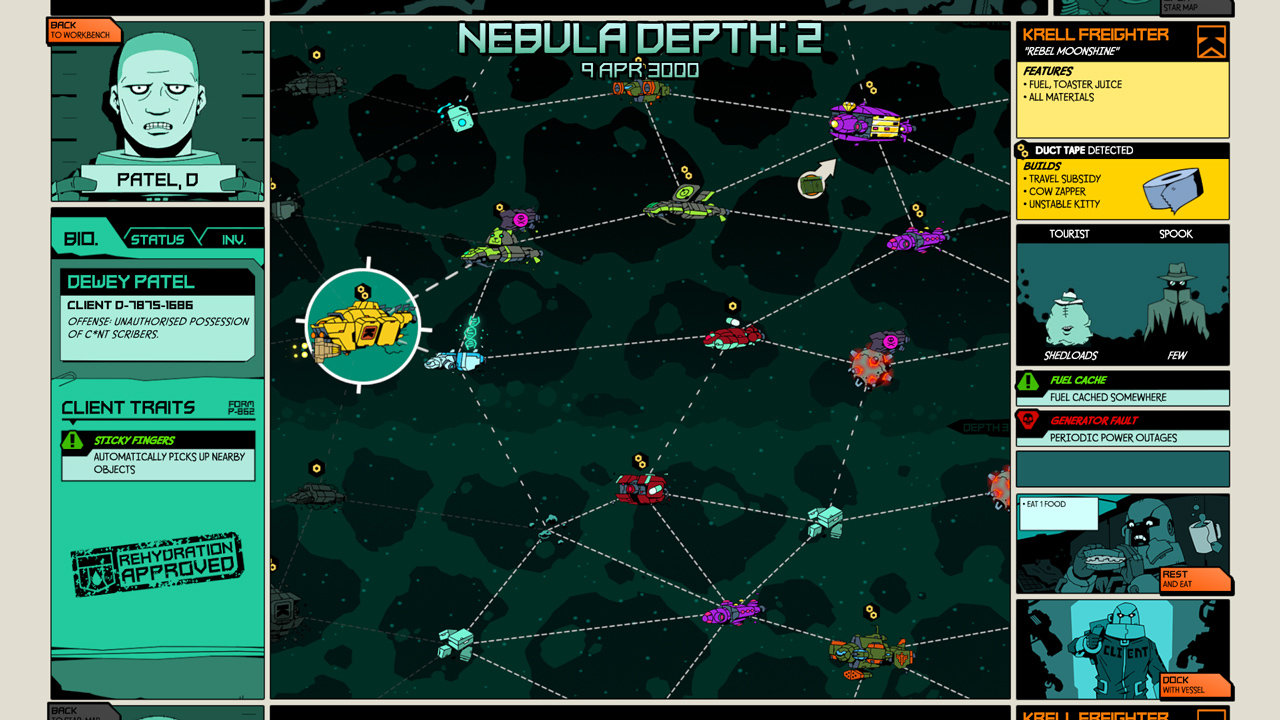 Fortunately, it’s not the crew of the Void Bastards that is important – it’s their amassed cargo. Your robotic backpack will detach from each deceased crew member and return to the ship, where a new individual will be re-hydrated and sent to complete the task at hand. Crew members always start with a small number of provisions in order to survive, so you’ll never be truly out of luck. The other supplies you’ll scavenge that aren’t objective-related can also be used to create new gear or enhance that which already exists, and you’ll quickly develop a number of side-objectives for devices and upgrades you’ll want to find while out in the stars.

The spaceships you’ll breach are procedurally generated, though they possess specific traits and materials based on which company they work for. Certain ships will possess rooms dedicated to regaining health, acquiring new inherent traits, and even gaining special warp abilities and anti-spacecraft weaponry. You’ll always start your raid in the ship’s airlock, but you can download a map of the resources on board by visiting the helm. Unfortunately, these ships aren’t empty, occupied by various corrupted humans that behave in specific ways. Many of these creatures are able to inflict massive amounts of damage, but they aren’t able to unlock doors, which is a strategy you’ll have to utilize frequently if you wish to cull their advances. Once on board a ship, you’ll need to check your map frequently and rethink your strategy on the fly, as enemies come in cosmic, mechanical, and hazardous forms.

There isn’t much to Void Bastards outside of its set-up, which has a robotic entity providing commentary on your actions and accomplishments throughout your quest to escape the Sargasso Nebula. Its dry, British wit fits its role nicely, but aside from this, you’ll only hear a few other voiced lines from characters wandering space, usually expressing their intent to murder you. Each main objective you complete will be accompanied by a brief cutscene, during which something usually goes wrong or you’re made to understand what new objective you’ll need to complete. 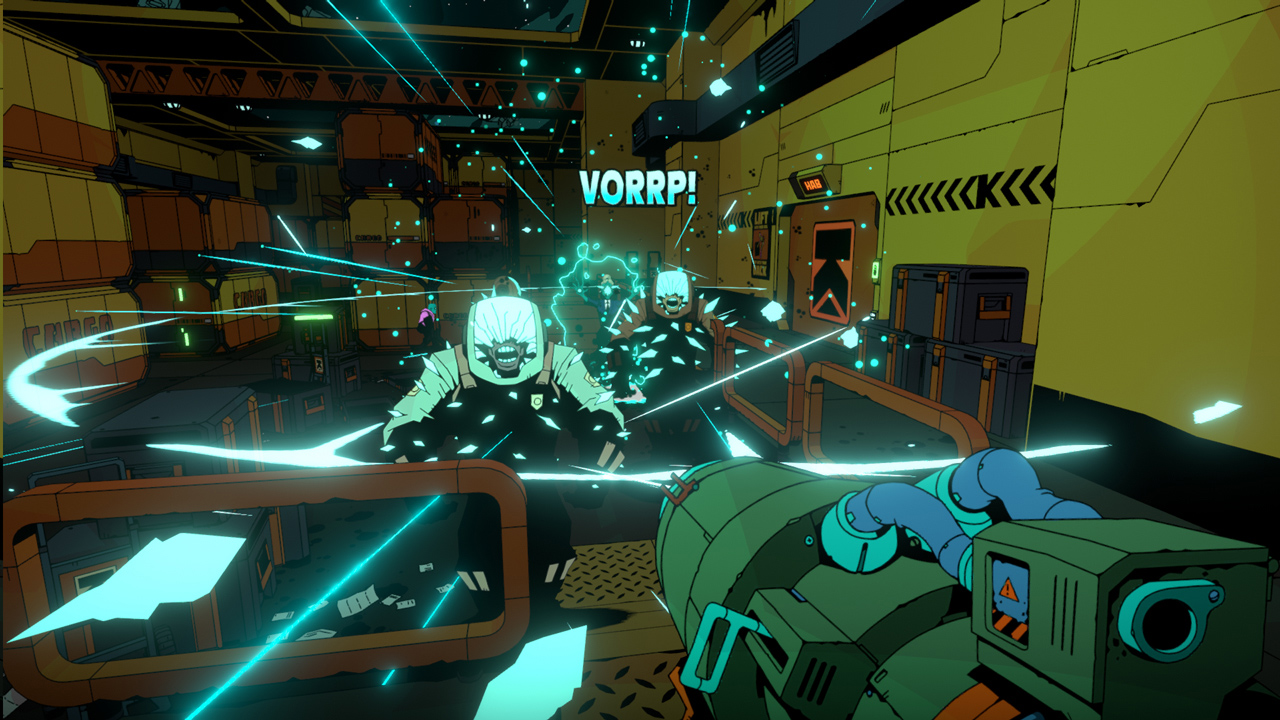 These sequences, as well as the general art style of the game, are depicted in a comic book-styled aesthetic that does help Void Bastards stand out from other first person efforts on the eShop. This also means that every enemy in the game only requires two graphics – one for facing the player, and one for facing away. It’s a novel effect that can be seen in other games like Away: Journey to the Unexpected, though this title makes better usage of the stark coloration in the environments. Though the ships you’ll breach will feature the same room structures interlinked, each type of vessel comes in their own distinct coloration that will further ingrain their specific attributes in your mind… save for the select few that feature darker schemes. At times, it can feel as if you’re ramming into awkward parts of the level geometry in these sorts of scenarios, but they are few in a sea of many other room types.

Additionally, you’ll likely become familiar with the appearances and behaviors of each enemy type, despite their uniform color scheme. Many have brief audio clips, sound effects, and projectile types that act as important tells to their location, with many even featuring their own onomatopoeia that appear when they are in an adjacent room. The game embraces its sci-fi and comic book theming in both visuals and sound design extremely well, though it doesn’t offer as much variety in the sound department. You have a generic enemy encounter theme and some atmospheric music, for the most part, with some ships possessing their own unique elevator theme tracks that play as you venture through.

As lovely as Void Bastard’s visuals are, and as ambitious as its “revolutionary” premise promises, the game is ultimately a roguelike where the player gets to pick their poison. You do not have to visit every ship you encounter, but you are always working on a diminishing supply of resources, so plotting out your destination at least a few ships in advance is crucial. Save for the inherent traits of each crew member and the types of ammo for your various tools, your progress is carried over even after death in just about every way, so gathering the materials to buff your weaponry and HP early on is a beneficial strategy for the long run. The game often presents the player with overwhelming odds simply as a means of re-establishing the status quo of limited resources and ammo so that you never feel too comfortable. 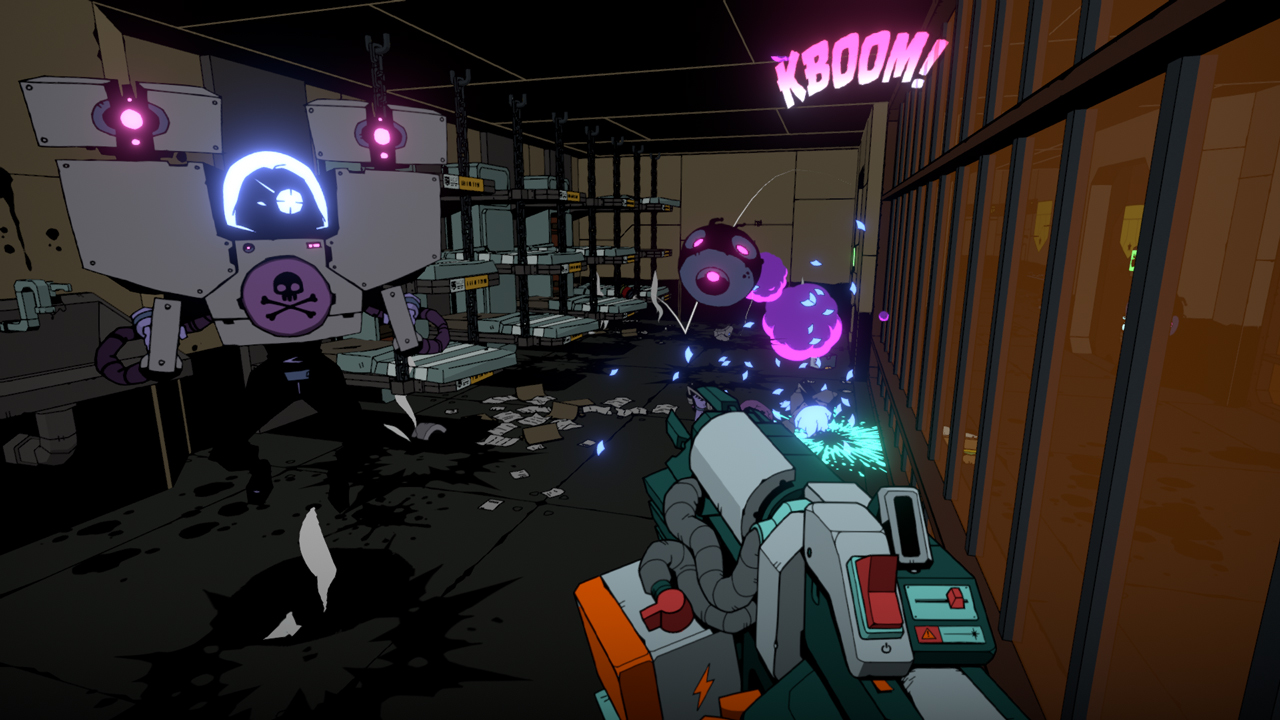 Throughout my time with Void Bastards, I experienced very few issues in regards to performance and control, though I did experience repeated instances of drift as I played – mind you, this was with a Pro Controller, not the Joy Con, where this would likely come as no surprise. The most frustrating aspect of the game is the way it punishes rote memorization, by presenting ship hazards like live electrical cables, fires, power outages, and radiation in many scenarios in order to complicate matters. There are an astonishing number of obstacles the game presents, so much so, that it may feel as if each time you become comfortable with handling one mission structure, you’re now woefully unprepared for another. It doesn’t help that even on lower difficulties they are fully capable of annihilating you.

With all that said, the greatest risk that Void Bastards takes is in its environmental design, which threatens to become overly familiar by the end of its 12-15 hour campaign. Whether its paid DLC manages to add a bit more worthwhile variety is anyone’s guess, but the end result here is a fairly predictable first-person roguelike. There’s nothing wrong with that, though, and there is a degree of reliability that comes with a familiar experience. It’s up to the player if they feel that the setting, aesthetic, and gameplay loop is worth investing time and money towards, but for the most part, the game plays it very safe with the dangerous staples of its genre.