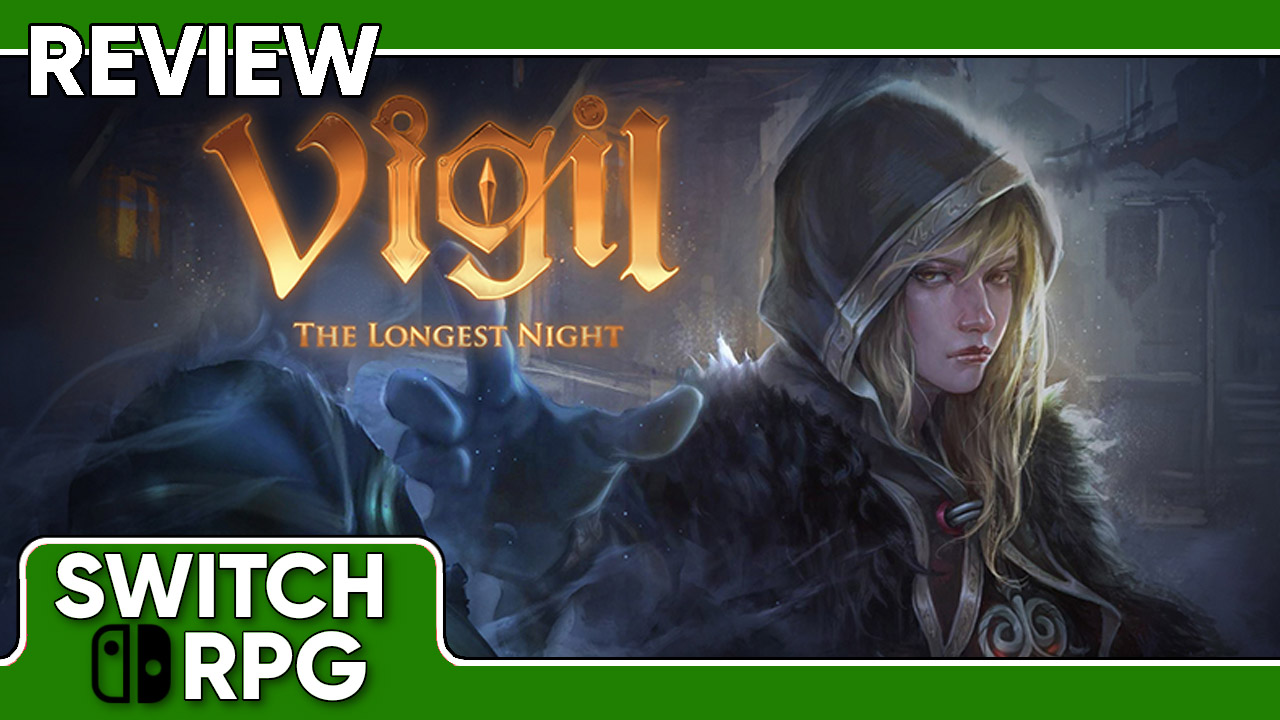 Although I hate to have to be the one to say it, I feel it is necessary to do so: when it comes to genre overlap, some RPGs possess traits of the Metroidvania genre, but that in no way means all Metroidvanias are RPGs. Games like the eponymous Metroid may feature exploration-based character progression, but stat-based character progression and equipment systems are what truly set Igavania titles apart from games like Ori, SteamWorld Dig, and Axiom Verge.

Then maybe Vigil: The Longest Night is the game for you.

Vigil is a Metroidvania with a focus on punishing, stamina-based combat and an obscured, dark narrative. You’ll take on the role of Vigilant Leila, a more-or-less blank slate individual who is meant to shoulder the burdens of the people through selfless servitude. Leila returns to her hometown at the behest of her sister in order to solve some issues there, and you’ll be warping between owl statues, in and out of town, and across various nearby locations in order to get to the bottom of a strange and maddening series of events, which may or may not be related to the unending night sky. 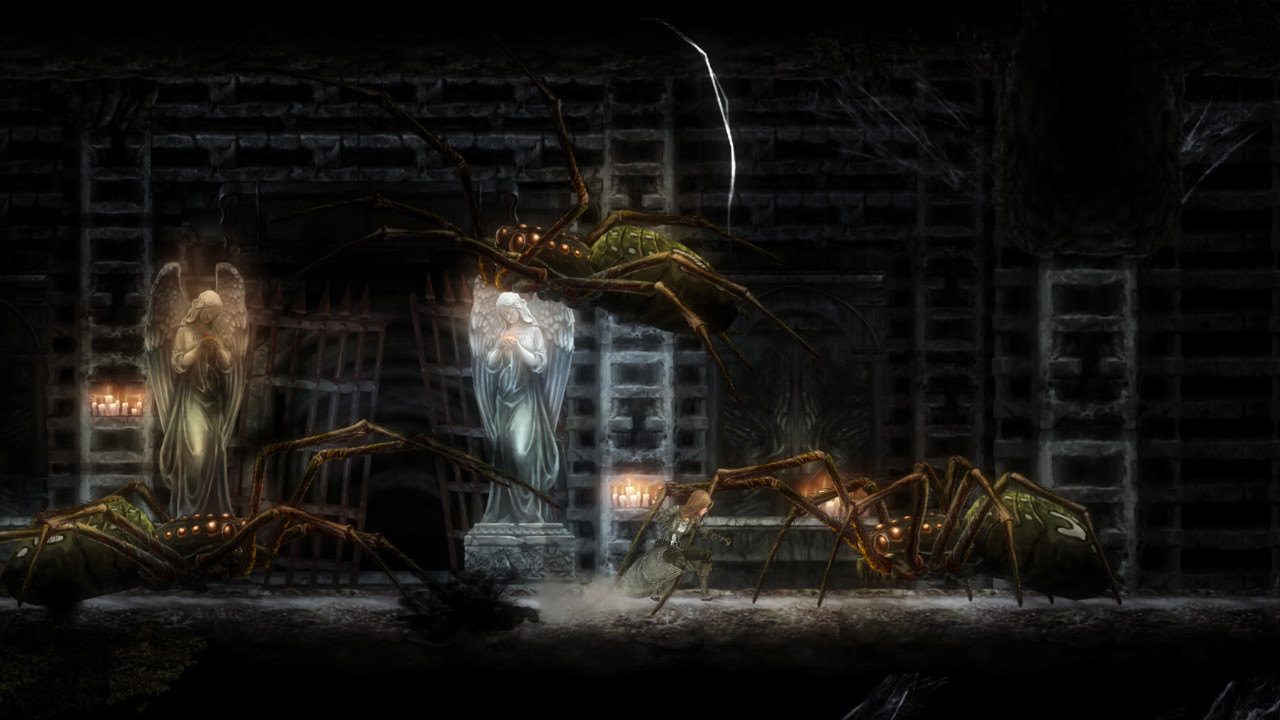 Leila controls rather well, and in some ways better than many Metroidvania protagonists. With a backstep, dodge roll, light attack combos, and the ability to stall aerial descent with attacks, Leila’s base movement options are impressive in their own right. You’ll get some more abilities based on the kinds of weapons and magic you equip, as well as some narrative-progression-based abilities, like the slide and double jump. With that said, mapping both the backstep and dodge roll to the same input does sometimes result in some erroneous backstep inputs, and due to the slight input delay in relation to animation and perhaps technical performance, I’ve found myself accidentally double backstepping on more than a few occasions.

There’s a slew of enemies out in Vigil’s game world, and you’ll need to take advantage of the various skills and bonuses gifted by experience accrual. The game features an impressive four main weapons types, and allows for “quick” weapon swapping between three preset pieces while traveling and in combat. These weapons don’t just have their own attack speeds and damage stats, they also possess their own unique skill trees that demand unlocking. While spreading your stat points across weapons might sound like a good idea, many of their respective abilities can prove extremely useful in the early-to-mid-game if you should be a bit more exclusive. It is also important to remember that, while weapons have their own skill trees, these are separate from the general character skill tree, which uses the same pool of stat points as the weapon skill trees. Since you’re gifted a very meager single skill point per level, proper investment is key for success.

Many enemies will drop materials that serve little purpose other than to be sold for some spare change at the merchant, but if you play around with your drop rate modifiers on your equipment, you can boost the likelihood of unique equipment and weaponry dropping from them. However, most of the game’s best pieces of equipment and weaponry is found through story and quest progression. Some of the game’s hints for certain quest lines are somewhat vague, as many will require you to speak with certain individuals or go to certain places that are not explicitly detailed in the world’s signage or by NPCs. Due to the nature of story progression in the game, you can be permanently locked out of completing certain side quests, thereby missing potential loot as well as a chance at one of the game’s multiple endings. If you want to get the most of your experience, you’ll need to explore thoroughly and perhaps even exhaustively.

As stated previously, Leila is a Vigilant, an individual who has partaken in a very specific ceremony and performs a number of duties and rituals in order to keep her pure status. There is a world of lore to uncover in Vigil, and many NPCs will divulge precious bits and pieces of their personal narrative as well as the broader history and societal structure. When push comes to shove, however, you spend most of your time in and around Leila’s hometown, completing tasks and exploring adjacent environments, so the geographical scope of the game is rather small. This isn’t necessarily a bad thing – the structure of the environment is actually a refreshing change of pace from many other Metroidvanias I’ve played, which rarely have large safe zones. 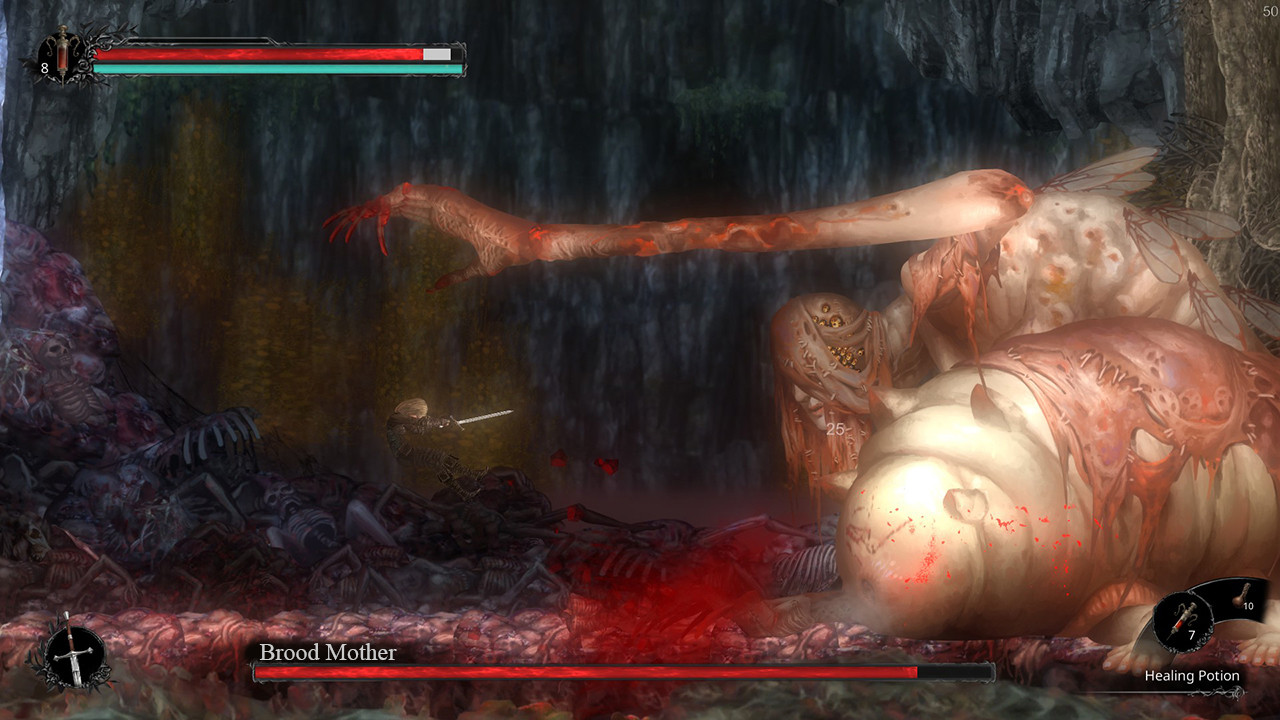 Without divulging too many details, you will find that the town and the environments surrounding it will metamorphose in drastic ways as you progress the narrative, and the end result is something that will keep you guessing as to where you might go next. These guesses are further complicated by the very hands-off approach to narrative structure and a somewhat shoddy localization. While it’s no doubt the personalities of several NPC characters remain intact, the frequent grammatical errors and simplistic statements can negatively impact immersion and a connection to the material. With that said, there are still some worthwhile character and narrative moments to be found, though the squeamish might not enjoy the game’s more horrific excerpts of writing.

Speaking of horror, Vigil’s world is painted in dark hues, utilizing what the developers label as an art style inspired by Chinese paper cutting. Enemies have multiple moving parts, but some flex and bend in a way dissimilar to paper. Leila herself seems to be the only three dimensional character in a world populated by suitably papercraft townspeople, though that’s likely because of her much more nuanced character animations. The world aesthetics are muddy and ugly, but there are also some moments of beauty to be found, particularly in relation to some of the religious imagery featured in safe zones. Aside from that, however, you’ll find a great deal of murkiness throughout, and it helps to elevate the game’s mood and overall aesthetic, even if the end result offers very little vibrancy.

Lastly, Vigil’s most impressive music tracks, which do have a tendency to cut in and out due to specific environmental triggers, are mostly saved for its boss battles. Traversal and exploration are often set to foreboding and minimalist musical tones, and sound effects are sharp and stark enough to give audible cues as to what you might be facing next. The music does further lend to the horrific and hardcore nature of the world, having been composed by a member of a metal band, but it doesn’t offer anything more grandiose or memorable than the game’s title screen track. It further solidifies the game’s aesthetic and might even be your cup of tea if you enjoy its direction, but it does little more than this.

Vigil is a serviceable Metroidvania in the vein of the Souls, Igavania, and Salt and Sanctuary. Its aesthetics rarely push the boundaries in regards to what one might expect from the macabre and punishing ARPG, but when it is firing on all cylinders, it manages to successfully achieve the standard of gameplay set by its inspiration. Story is another matter, however, and while the game might establish several mysteries and secrets to be stripped bare throughout your sixteen to twenty hour playthrough, none of it is subtle enough to generate intrigue due to the lazy localization and on-the-nose delivery. 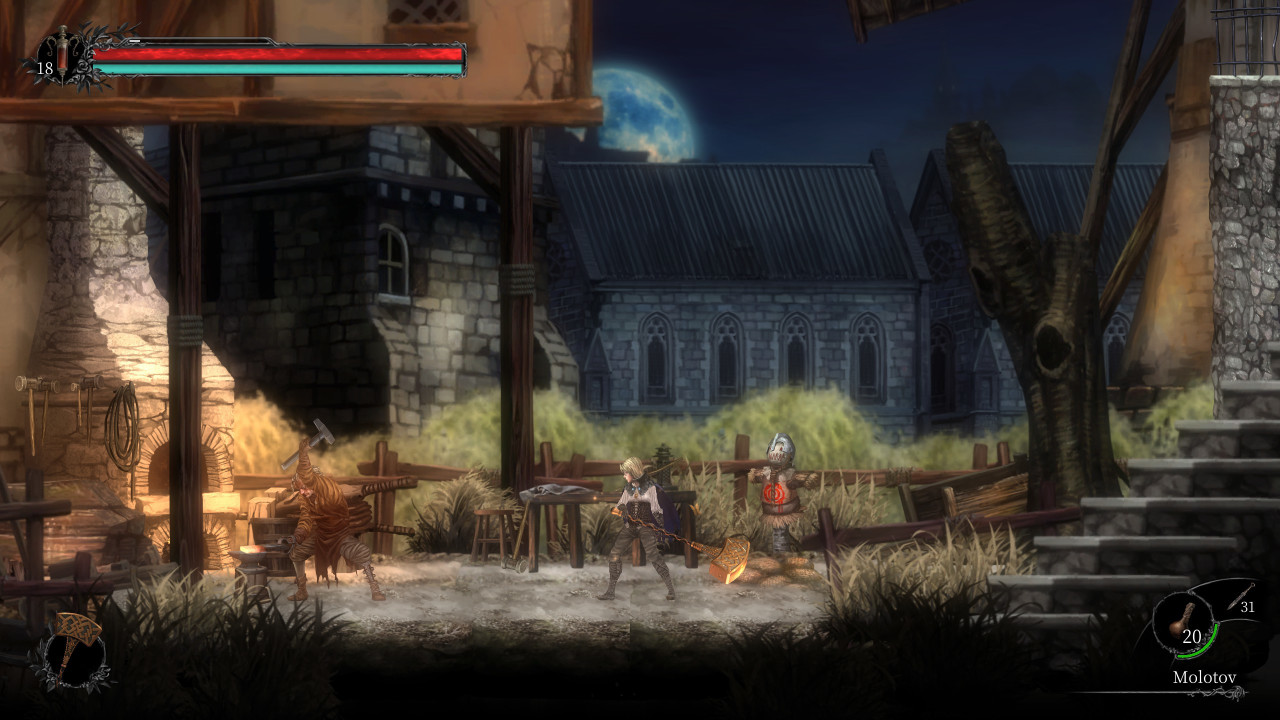 Vigil does look aesthetically appealing at many times, but it seems this graphical fidelity takes its toll on the game’s overall performance. Any sort of change in aesthetics triggers a frozen screen or some uncomfortably long loading screens, especially when booting up a save or moving from one area to the next. Entering a house in town can cause a surprisingly long loading screen, while moving from room to room out in the wilds fails to do so. Equipping weapons and armor to Leila can cause the game to stutter to an absurd degree, and the weapon quick-switch option can also incur similar framerate drops, making it a substantial risk in the heat of combat.

But that isn’t to say the whole experience is shaky. While many enemies feature attacks with quick start-up times and brutal hitboxes, they’re also some of the more complex animations I’ve seen from a Metroidvania. Likewise, each weapon has a myriad of attack options to deal with specific kinds of attacks, and while mastering the wide variety of inputs and applying them may take a while to grasp, you can max out a specific weapon skill tree early on in your playthrough in order to maximize its utility. The boss variety and structure to their encounters is also some of the more unique that I’ve seen in a game of this style, as well. Despite all of its wonky elements, I am reminded once again of Azure Saga: Pathfinder, a game that managed to charm me in a similar fashion. While I’d be hard-pressed to recommend it over some of the other Soulslike experiences on Switch, I think it’s worth checking out if you’ve exhausted all other options.