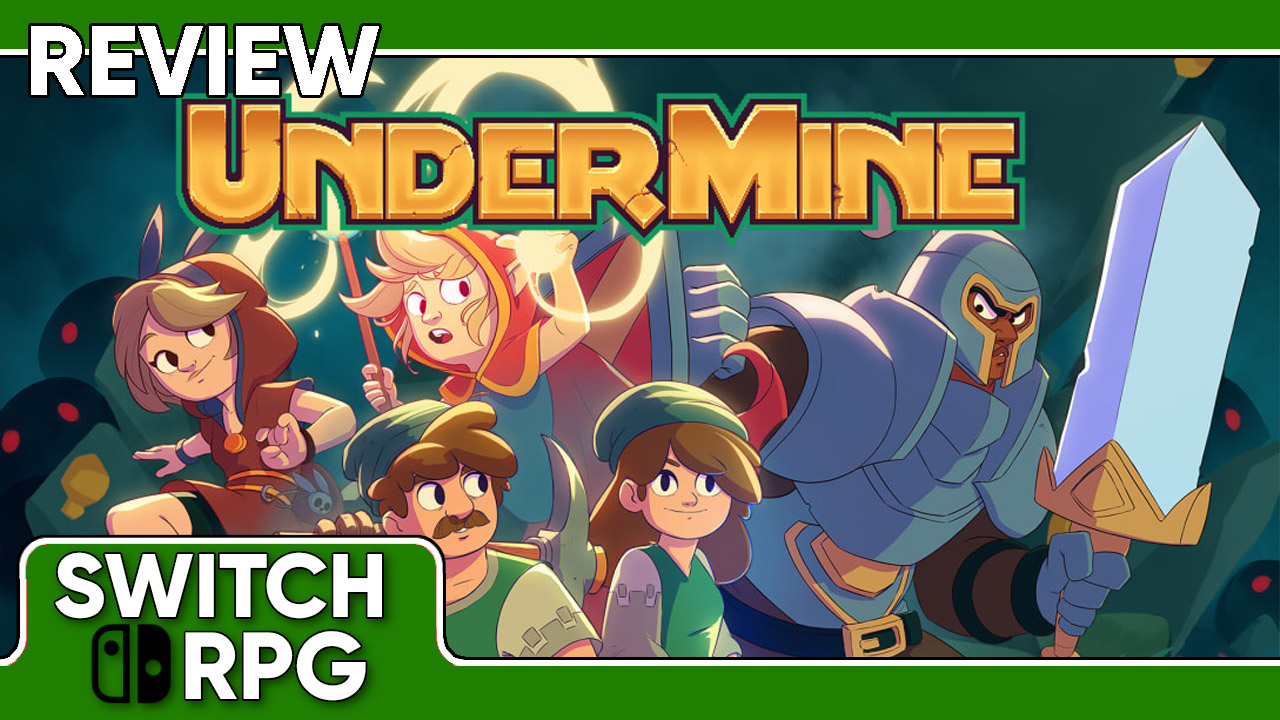 What does a roguelike need to do these days in order to stand out from its contemporaries? It’s a muddled question, seeing as titles like Crypt of the Necrodancer, Dead Cells, Slay the Spire, and Tangledeep all approach the genre trappings in unique ways. Some might say a unique camera perspective holds the greatest appeal, others might champion the variety of environments or enemies. The best roguelikes have a distinct personality to them, and manage to take one key element of their gameplay loop and highlight it in order to mitigate the slow and steady burn of either learning the ropes or upgrading your character in order to delve deeper into their depths. This usually means they attempt to avoid drawing attention to the grind of the game.

Unfortunately, UnderMine does the opposite. 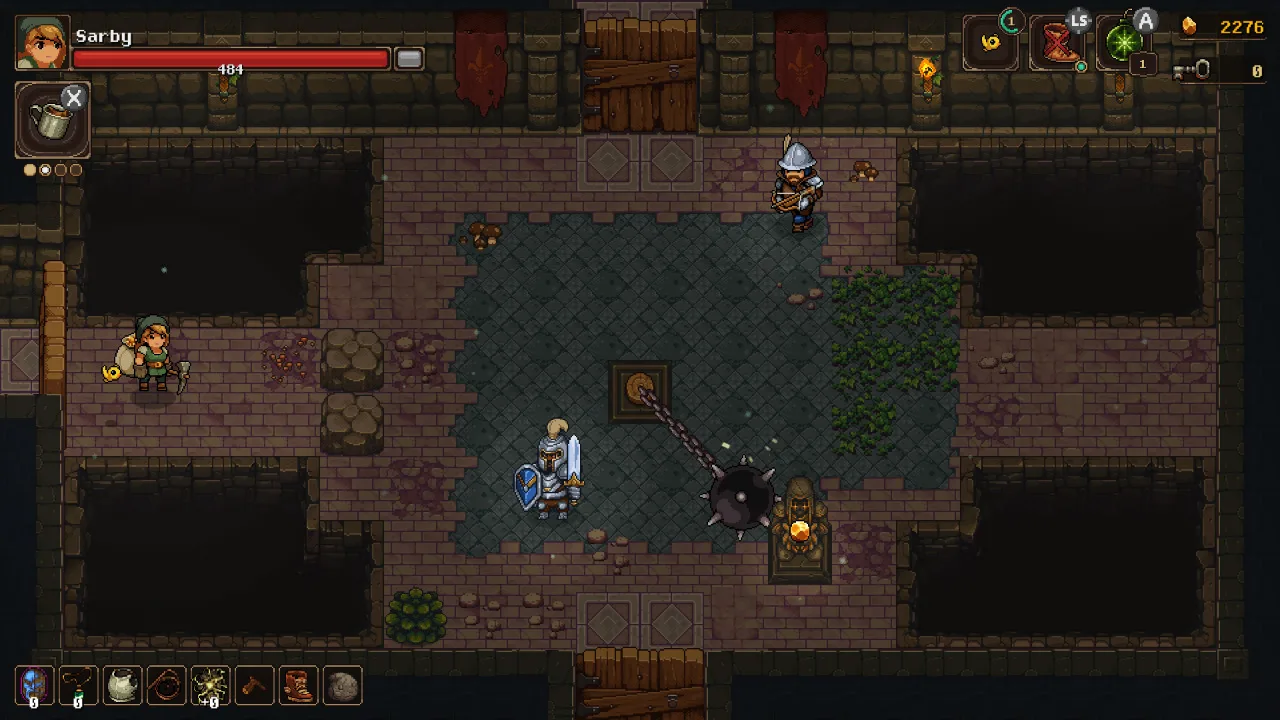 UnderMine is a top-down, action-adventure roguelite in its purest form. The player avatar is called to a mysterious mine, where they will continuously plumb its depths in search of glorious gold. Gold is used to invest in a variety of character upgrades, though a number of NPC stores with unique wares can also be added to the hub upon encountering and completing whatever challenges are associated with them in the mine. Your goal is to dive into more and more lengthy dungeon runs in order to develop a character build that can tackle any of the increasingly difficult enemy encounters featured throughout.

If that sounds like a familiar premise, you might be wondering what UnderMine does that lends it a distinct personality. Because all the player characters are, in fact, miners, your starting equipment consists of a pickaxe – which can either be swung statically or tossed like a boomerang – and a strange, gold-toting familiar who will transfer your funds to your next of kin upon your expiration. You can pick up bombs in order to destroy specific materials and look for hidden areas while in dungeons, but they are a finite resource and have their own drawbacks. Your last method of input is the ability to jump, though it is a risky prospect that lacks a fair bit of predictability and utility.

That’s more or less the premise of gameplay. There are plenty of enemies with unique, but fairly standard behavioral patterns to overcome, and battles with larger and more intimidating enemies as you descend deeper and deeper into the Undermine. You’ll have the opportunity to access shops, open treasure chests, and uncover runes that are peppered throughout the dungeon, with the last of these coming in increasing variety that can boost the power of your attacks, effects of your bombs, and mobility and longevity. Essentially, these are very basic mechanics that work well in tandem with one another. 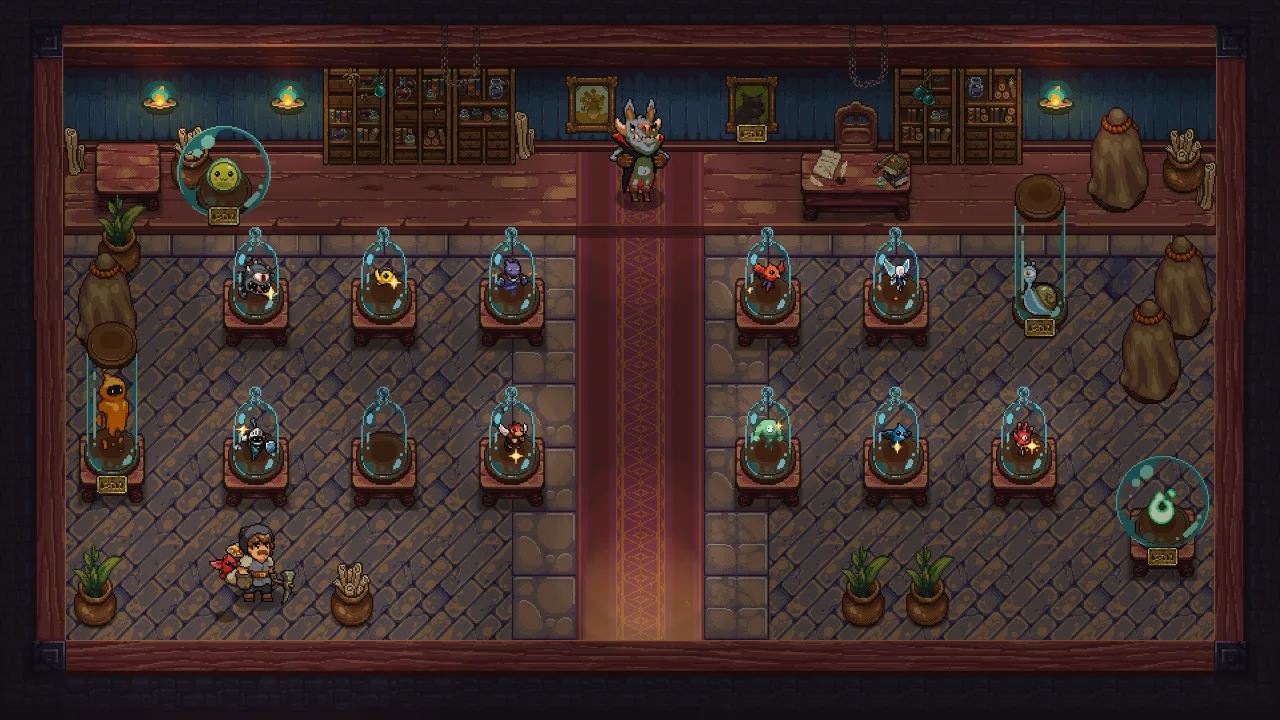 There isn’t much to say about UnderMine’s story, only that its characters speak in familiar quips that feel snarky but overly uninspired. You are attempting to get at the heart of what makes this particular mine so under-y, but this is only an excuse to justify your repeat runs. Though I wish there was more to say about the title’s story, it is window dressing for a particular kind of gameplay and it serves its purpose fine.

There’s some very impressive pixel art sprite and environment detailing going on, and stopping to admire these elements is definitely worth a look. The player character sprites can be varied in skin tone, sex, and hair styles, and although their chibi look doesn’t appeal to my tastes personally, I can see it being quite endearing for some. Many of the early enemy designs unfortunately wind up blending into the background a bit too much and their animations are obscured by the amount of detail present, but they do have a nice and unified art style. It is simply a shame that, save for larger boss encounters and sprites, it’s rare that the player has enough time to appreciate this art. Similarly, sometimes environments look so detailed it’s difficult to remember what is interactive and what isn’t – just remember that gold can be found in the walls. 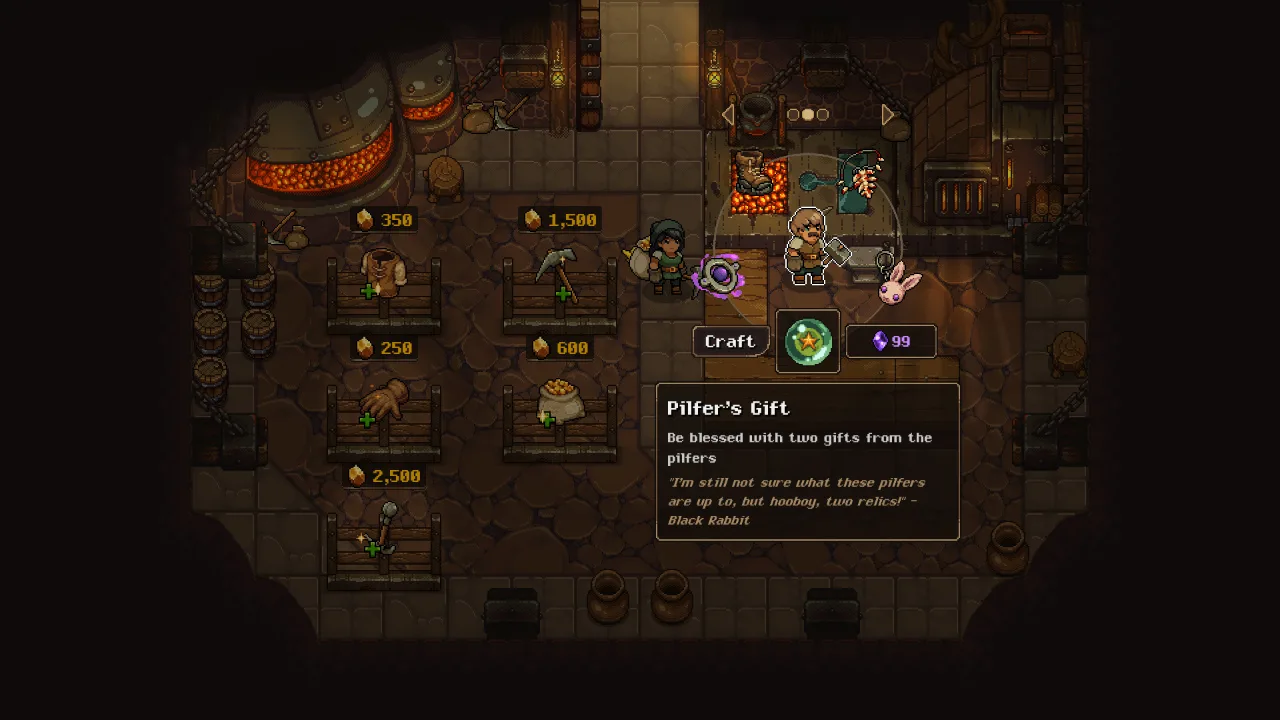 Another unfortunate casualty of the gameplay and pacing is the game’s music, which is atmospheric and forgettable, with the most milquetoast of sensibilities. While settings are adjustable, the music never feels enthralling or even catchy enough to want to bump up, though perhaps its ability to fade into the background is another point in favor of the game’s successful roguelike gameplay formula.

Despite my dismissive overview of the game so far, there is plenty of content to be mined from this title. The steady unlock of character abilities, unique, once-per run purchases, pursuit of familiars, and more allows for a game that, while just barely wearing out its welcome, offers a new variety of gameplay in its OtherMine, which plays less like a progressive roguelite and more like the traditional roguelike. This is because the base experience in UnderMine is one of incremental growth – the purchases you’ve made towards character upgrades carry over to other runs, but the unique traits and skills acquired in the dungeon itself will only last until your demise.

While I understand the purpose behind this concept and its effectiveness for roguelite gameplay, it contributes to a repetitive, run-based grind that kills enthusiasm for progression, making multiple failed runs a necessity in order to gather the mid- to late-game upgrades. Similarly, the currency used to purchase items for survival in the dungeon is the same used to purchase character progression upgrades at the central hub, and while an alternative currency does exist for other sorts of upgrades later, it makes surviving the actual dungeon via purchases within much less of a priority. Similarly, though you unlock the ability to skip certain portions of the dungeon and start deeper in, the cost of this feels too pricey and often sets the player up for failure, as a longer run also has a higher likelihood of granting additional buffs via equipment and runes.

Though UnderMine is serviceable and offers the modes of play for lovers of the -lite and -like variety, it does little to offer any aesthetic punch or inventive quirk in comparison with its contemporaries. If you’re an individual obsessed with mining or are particularly fond of this style of top-down gameplay, I can see why this title might hold some appeal. In terms of hooks, however, UnderMine’s greatest seems to be the genre it falls under, and while it is most definitely competent, it doesn’t feel compelling. If you have exhausted some of the other landmark genre offerings on the eShop, this game is worth a look, but don’t expect anything too revolutionary or unique.