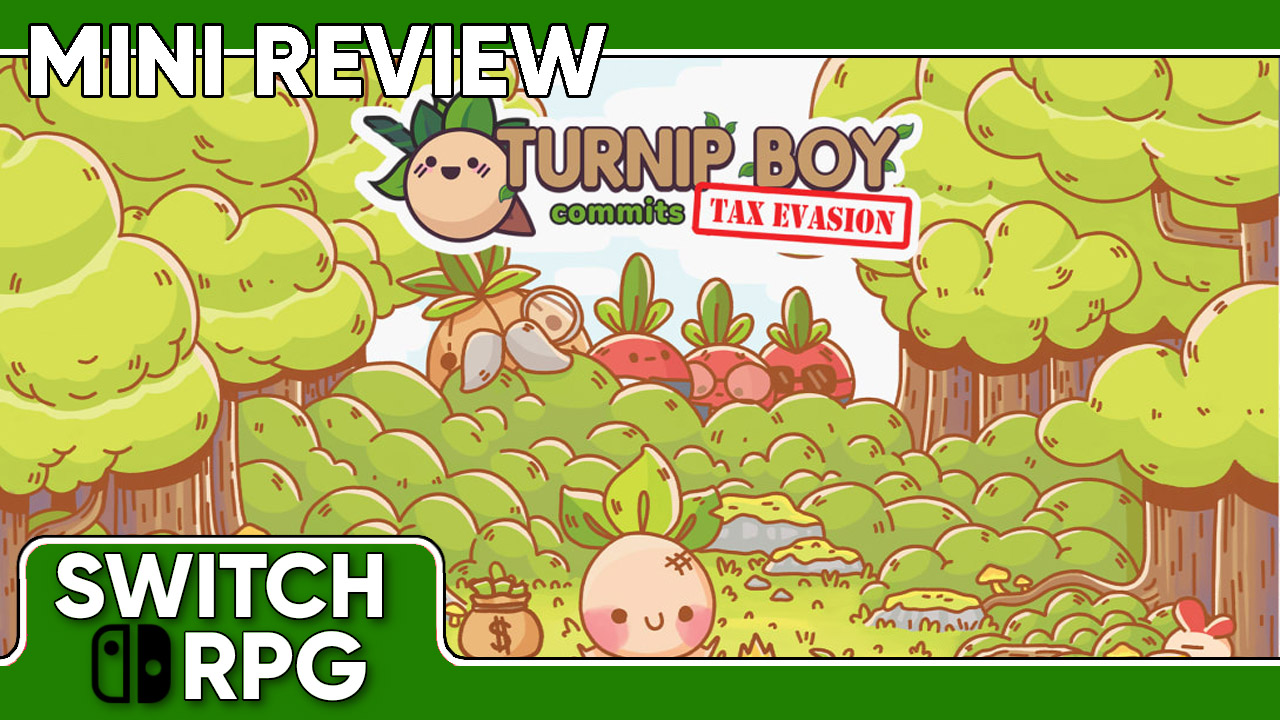 I’ll be honest and upfront: When I saw the name of this game, I really didn’t have any interest in it. But then I saw some footage and realized it was my kind of game. As they say, don’t always judge a book by its cover – or in this case, a game by its name. Turnip Boy Commits Tax Evasion is a 2D action-adventure RPG where you play as a turnip. Turnip Boy hasn’t paid his taxes to Mayor Onion and as a result has been evicted from his greenhouse home. 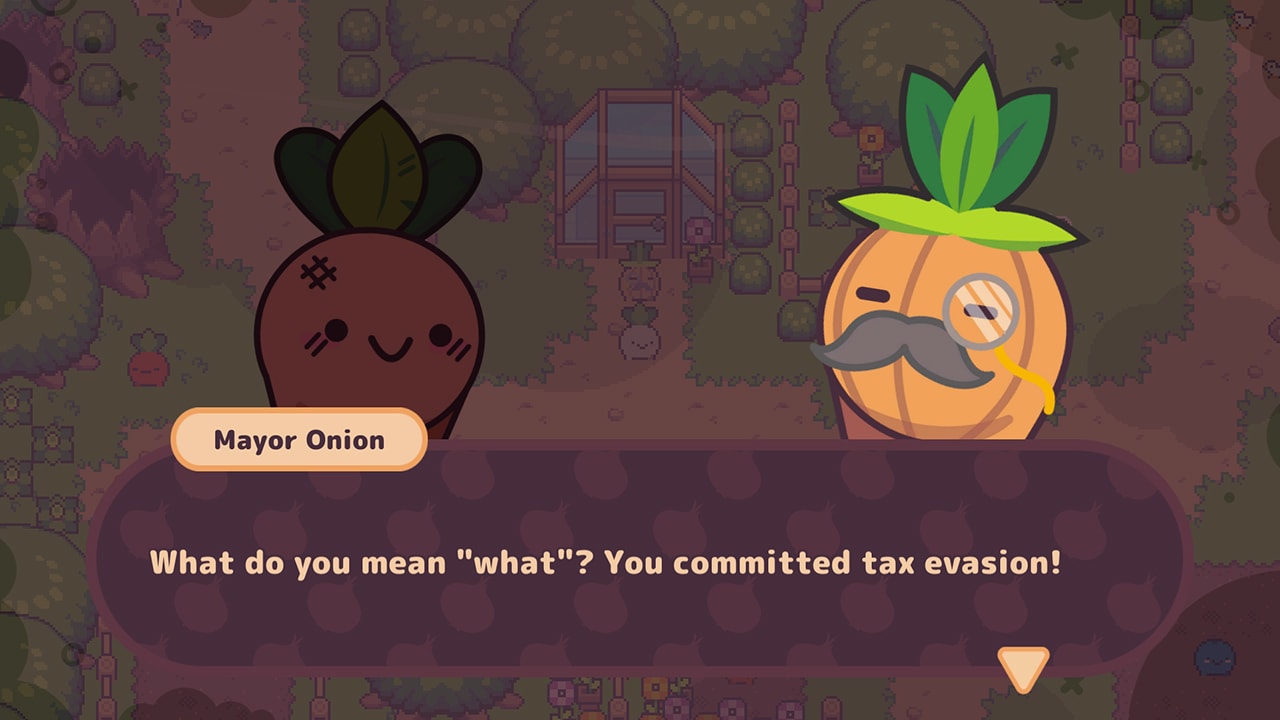 Turnip Boy becomes the mayor’s assistant and is tasked with completing several errands (quests) in order to repay the debts. Developed by Snoozy Kazoo and published by Graffiti Games, Turnip Boy sets out on his first mission to get the mayor some fertilizer by acquiring a watering can, which is one of the primary items in the game. While it cannot be used to attack enemies, you can use it to water plants. Watering plants, such as the plant that spawns the sword deep in the forest, will seem very familiar to longtime Legend of Zelda fans.

Swinging the sword to take down snails and other baddies has some cool sound effects, but something about the swing mechanic itself feels “off.” With a watering can and soil sword by your side, you venture off and complete your quest for Mayor Onion. As you walk from screen to screen, which also is very reminiscent of old-school Zelda games, you will meet various NPCs, many of which will have a quest or request for you to complete.

You will even run into one who sells Tier 3 subs – a literal sandwich but obvious nod to the subscription-based world we now live in. Many of these subs are required to progress the story, but may not be required at the time of interacting with the character. Most of the quests, both story and option, are of the “fetch” nature and sadly there isn’t a log to keep track of them in.

Luckily, the map isn’t very big and you can tell if you have missed something by checking the documents tab. As Turnip Boy ventures around the world, he will accumulate documents which are then tracked on the menu. They are also in order, as I noticed a few times I had gaps but later on found them seemingly due to tackling some quests out of order. 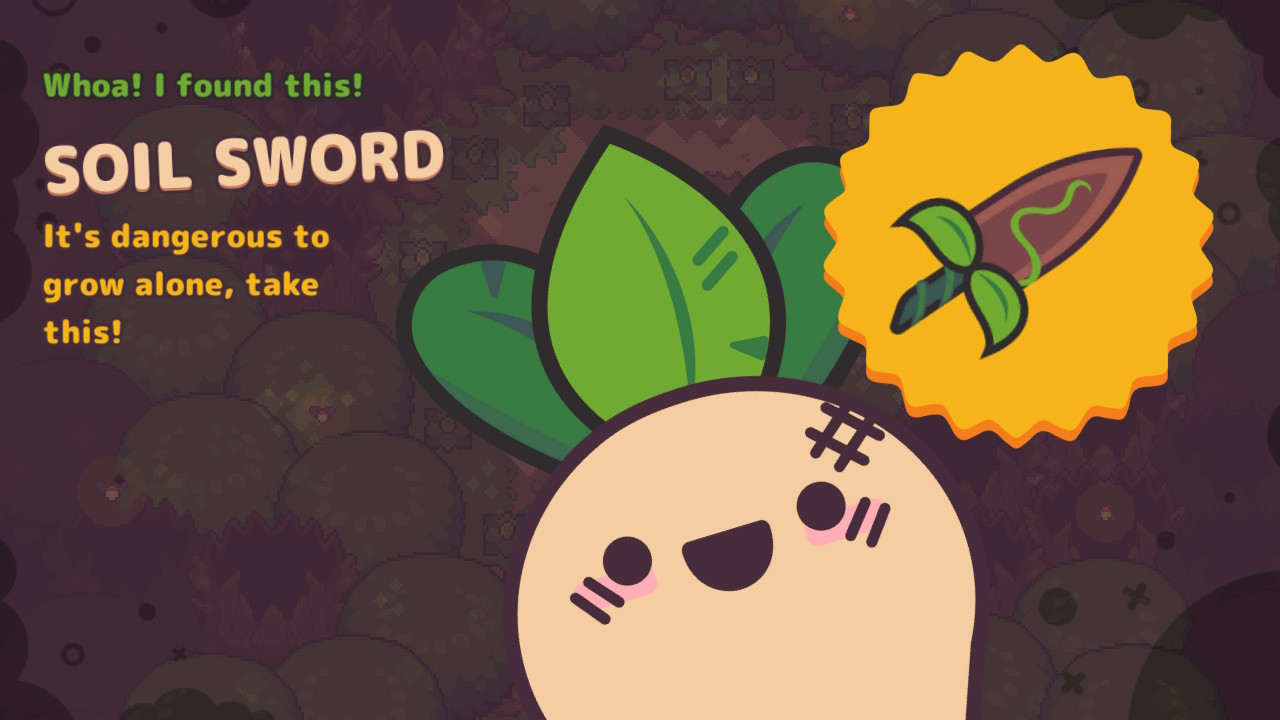 The game isn’t overly difficult except for some of the over-the-top and clever boss fights. Most of these fights require you to use a combination of items and puzzle mechanics the game has taught you through various dungeons. While there is a decent amount of walking and backtracking as you complete the fetch quests I referenced earlier, especially when completing a quest for a carrot, the developers did a good job balancing it with plenty of combat, puzzling solving, and laugh-out-loud conversations.

One issue I ran into was trying to quickly swap between the sword and watering can during a boss fight and missed the ability to assign two items to some of the face or trigger buttons. For example, you need to water one type of plant to create a block, which can be used to fill a whole in the floor or as a stop for a bomb. Then, you water a bomb plant to spawn a bomb and kick it over the newly filled-in whole to hit the boss while fighting off the boss’s minions with your sword. Luckily, some items grant passive abilities (such as the mittens and boots) so you don’t have to fumble around swapping between them.

Turnip Boy Commits Tax Evasion is just as weird as that sounds, but I highly recommend it if you are looking for a 2D Zelda / Ittle Dew-inspired experience that you can finish in one or two sittings. This game reminds me a lot of 2019’s Gato Roboto, a bite sized yet clever vania that sets out to accomplish what it wants without overstaying its welcome. It took me just under three hours to 100% Turnip Boy Commits Tax Evasion, including the secret boss. I enjoyed every minute and found myself not wanting to put it down until I rolled the credits. 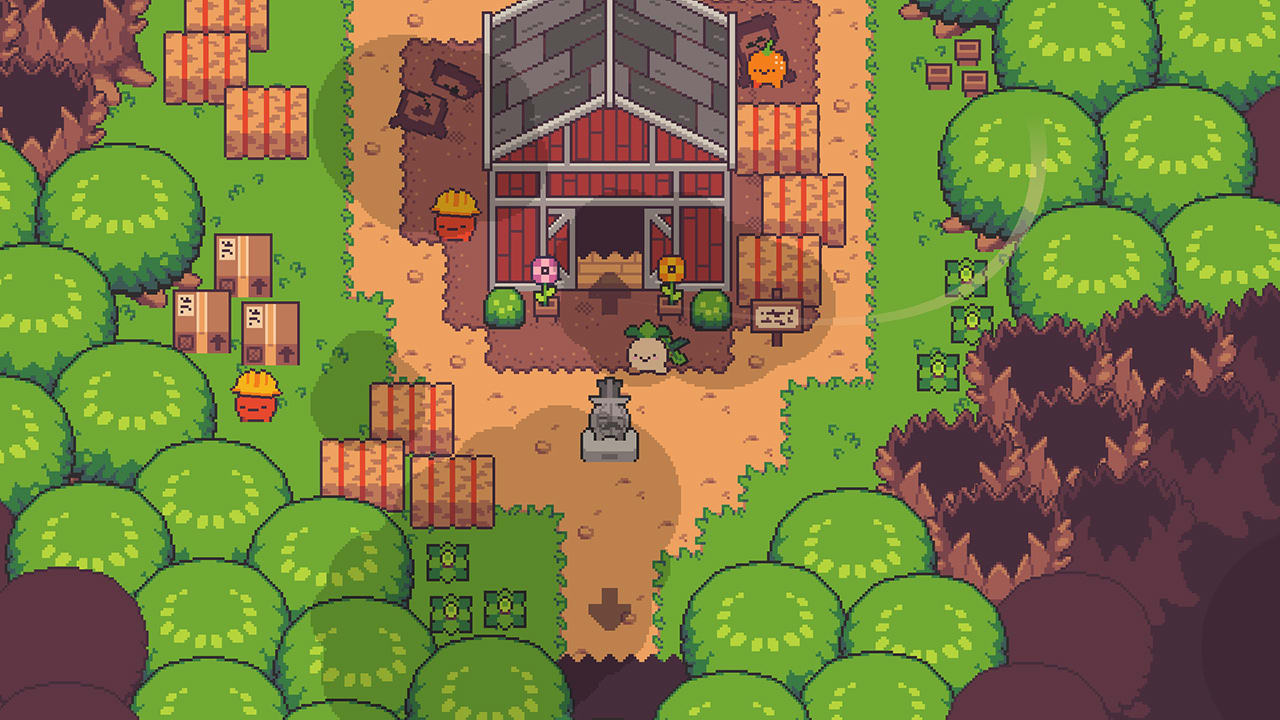 The actual tax evasion quickly becomes a backburner topic, however, as the game instead focuses on the pop culture references and dialog between all the clever vegetable characters. I do hope the developers are able to patch some of the odd performance issues I had when scrolling through the documents list, as well as those surrounding the sword controls. Those issues aside, the clever puzzles and items with funny writing make finding out what’s going on with Turnip Boy’s taxes worth it.