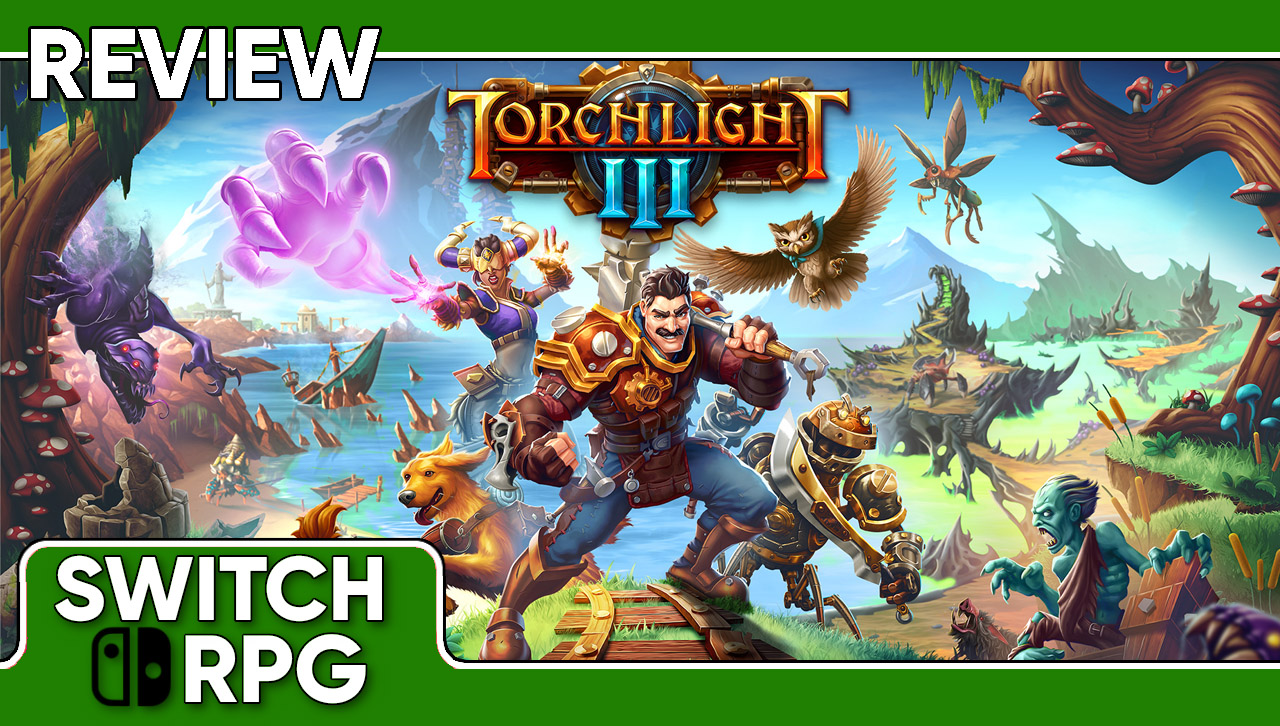 Ah, the loot-based RPG. If watching a treasure chest explode into various rewards with colored auras doesn’t offer you that daily dosage of dopamine, then it’s unlikely this genre has much more to offer. Many loot-based RPGs offer hours of replayability with various classes and difficulty levels, but their lore can be obscure and tedious to sift through, especially for a multiplayer-centered experience. Similarly, gameplay can often lack tactile response, as the frequent use of skills can diminish their impact while producing predictable results.

These are issues I encountered while playing through Torchlight II, a well-regarded entry in this subgenre that plays very similarly to a certain monolithic Blizzard property. Though I was curious to see where the Torchlight franchise would head, the development of this third installment has been wrought with twists and turns. Ultimately, this third installment is indeed prettier, but does it offer enough new additions to warrant another romp?

The gameplay loop of Torchlight III is the same as usual – take on a quest from a local NPC from a neighboring hub area, set out into the field to complete it, plumb the depths of whatever dungeon stands in your way, and grab the loot from both the environment and the quest distributor before setting out once more. It sounds rather cut-and-dry, but that’s more or less the gist of things. There is some variation to be had, as you won’t always be exploring a specific dungeon but instead combing environments for specific landmarks or special enemies to take down. So what is there to enjoy outside of the usual? 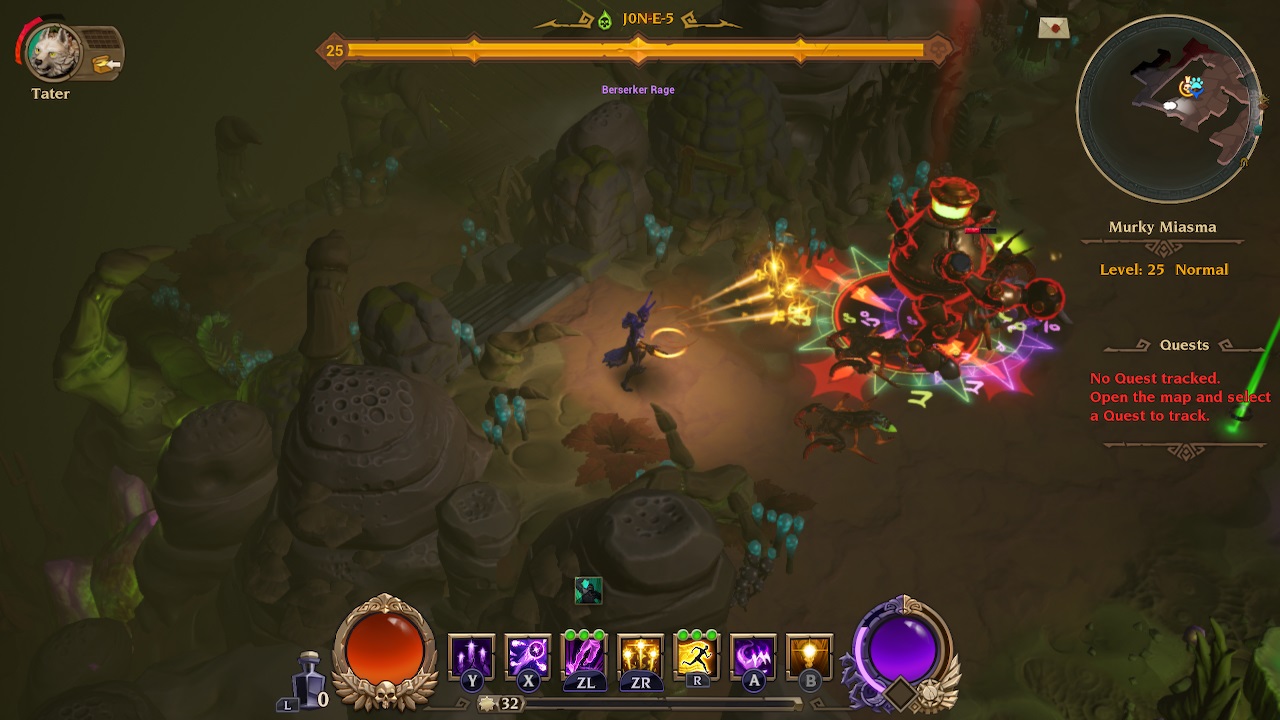 Base-building is a huge element of this new Torchlight title, with many interactive elements scattered throughout environments that can be used to harvest raw materials. These can be turned into various structures that can provide benefits to the player in many ways: redistributing character build points, for example, or refining new materials for equipment and other base structures.

The amount of aesthetic customization present in base zones is startling, with almost every unassuming element – mossy stones that might have been mistaken for a ground texture, for example – able to be manipulated and placed in these interactive areas. But aside from offering an alternative to visiting hubs for specific tasks, these base camps are only a fun source of player expression to a certain extent. There are structures that are so inherently beneficial to the player experience, I’d be surprised if most bases didn’t feature them.

You’ll be swapping out all sorts of equipment for the four new character archetypes, and while weaponry can be equipped across the board, each type has its own attack speed and power, giving a clear balance and both contextual weight and/or complexity to the items. Still, in a game where you’ll be swarmed by hordes of lesser creatures, you might want to opt for a faster attack speed so that you aren’t completely overwhelmed. The character archetypes featured here are all vastly different-looking from your standard fantasy fare, but they represent some classic RPG tropes in the form of your mage, tank, summoner, and sneaky/ranged characters. Their exclusive mechanics can be highly integral to the effectiveness of their damage output, so it’s likely you’ll be focusing more on using skills than basic attacks, anyway.

Attack animations root the player character to a specific spot, which is important due to the major change from Torchlight II to Torchlight III – particularly dangerous enemy attacks are much more telegraphed, with an area-of-effect marker on the field of battle. While this does mean that you’ll be weaving in and out of combat more, it makes for a much more engaging experience, as these attacks are more than capable of slaying a hero at less than full health.

While Torchlight III does feel more cinematic, with panning camera angles and closeups for certain sequences, the game as a whole has made modest advancements in the graphical department. Though environments are more lush than before, featuring much more foliage, verticality, and detail, and animations are more impressive and feature more refined effects and sound design, the game still adheres to the series’s cartoonish fantasy aesthetics.

The music, while mostly forgettable, does a serviceable job at establishing an environmental atmosphere. There’s much of Torchlight’s soundtrack that errs towards the bombastic, which can get the blood pumping but also has a tendency to irritate. It’s a definite step up from the previous installment, but it won’t wow anyone who has played this style of isometric dungeon crawler before. 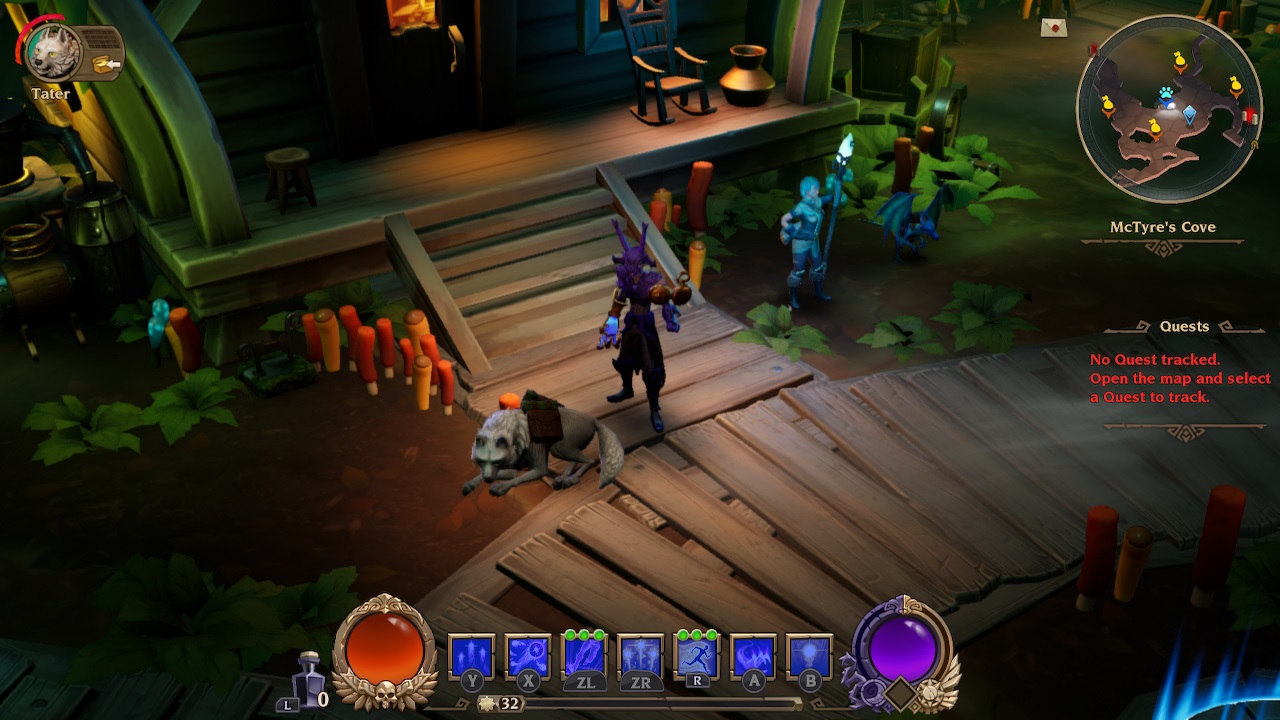 Speaking of playing it safe, there’s something to be said about the choices made with Torchlight III’s narrative design. NPCs don’t ramble as often as they used to, and the premise of the game is more about your player character building themselves up as a presence in the Torchlight universe, so quests are often more about objectives than any sort of deep lore tied to them. While this means there’s less text to dissect – or to ignore – than in Torchlight II, it also means that, while less complex, the story here is much easier to follow. That’s not to say it’s any more compelling, but the voice acting is palatable.

Lastly, Torchlight III’s greatest aesthetic improvement comes in the form of its menus and displays, which are much easier to read on a television screen than its predecessor, though handheld play might still induce some squinting. Even so, menus are a bit more cleanly organized than before, with specific sections for certain build elements having their own pages with neatly-organized charts. While some of the information on them feels superfluous, the designs are streamlined and allow for easier access of information.

If you like loot-based ARPGs, then I would say that Torchlight III is well-worth your time. If I had to pick between Torchlight II and this latest installment, however, I’m not sure I would say Torchlight III is objectively superior. While base-building is a novel concept, it doesn’t really add much to gameplay, with the process of obtaining raw materials slowing the pace of the game and feeling like busywork. Speaking of which, the various unlocks for skill points, overarching “build-based” rewards, and quest objectives feel as if there’s one layer of player progression too many. 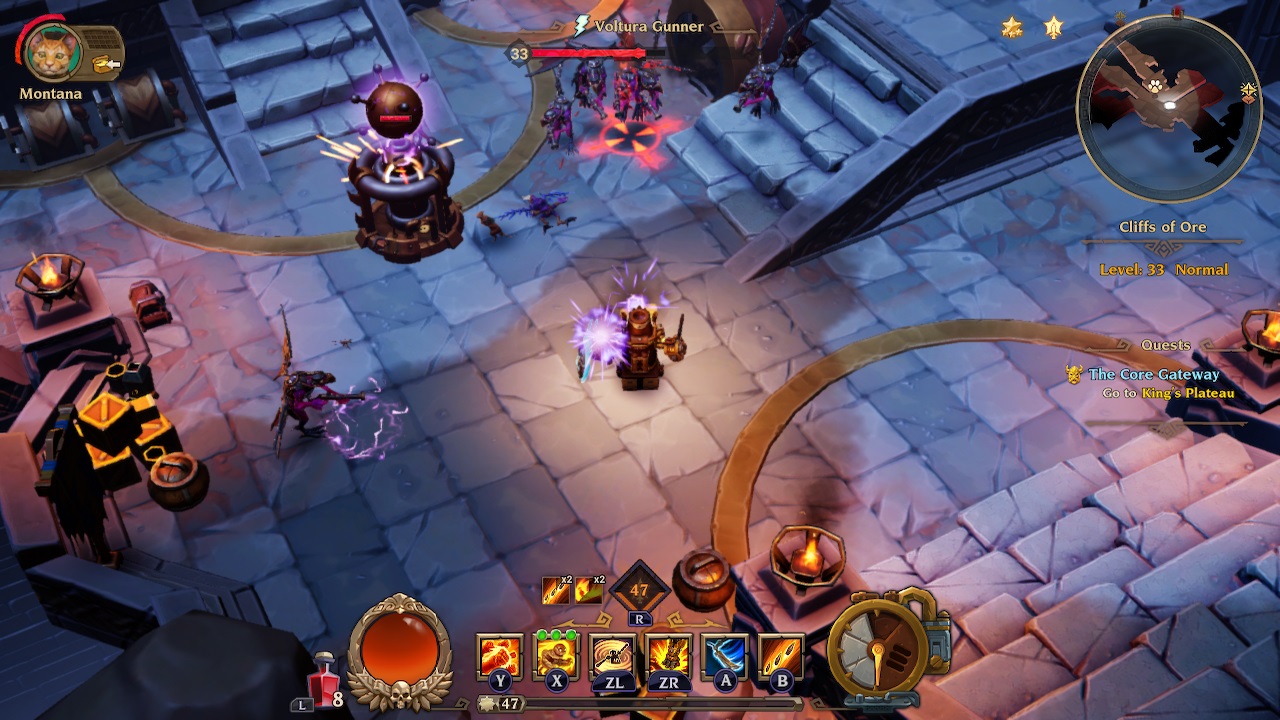 In terms of tactile gameplay, Torchlight III certainly feels more engaging. Whether it’s the reduced frequency of healing item drops, the telegraphed projectile attacks, or the weightier animations for skills, playing the actual game feels as if it demands more concentration. But aside from those enhancements, the structure and formula is relatively the same.

The strange nature of pets now being collectible feels once again like an element included for the sole reason of sinking more time into the game, and seems to conflict with the idea of player choice despite allowing many more kinds of creature types as companions. Their exclusive perks deincentivize the player’s original companion, in a way.

In the end, you’ll either stomach these new and different additions to the Torchlight formula of not depending mostly on how you feel about the loot-based concept as a whole. Despite the slight refinements to combat, Torchlight III doesn’t feel like it has a clear enough reason to expand the series, though given its development history and the eventual decision to “settle with what works,” shouldn’t come as much of a surprise. So if you want more Torchlight? Sure, take a swing at this one. It’s not going to blow your mind, but it will satisfy your need for colorful loot pinatas.