At time of this review, the annual fall gaming season is upon us and in full swing, but that doesn’t mean we here at SwitchRPG have stopped scouring the Nintendo eShop for more great RPGs. The Tenth Line Special Edition, developed and published by Sungazer Software, was released September 12th, 2019. This is Sungazer Software’s first commercial title, which claims to offer a colorful world to explore using quick, 2D platforming action, treasure hunting, power acquisition and skill training, and doing battle against dozens of foes at once. How does the end result fare? Let’s check it out. 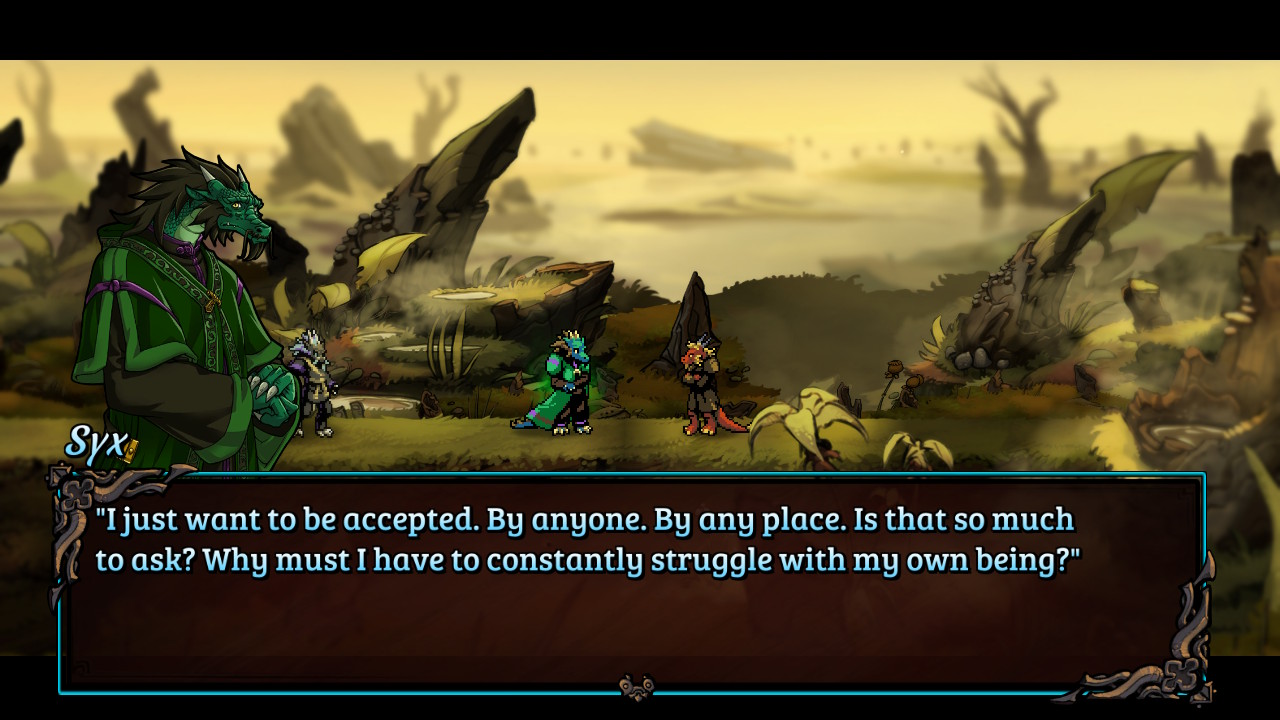 The Tenth Line is appropriately based on ten lines- or principles- of a mysterious prophecy. When all ten are complete, the world will end. The story opens with our Princess of Easania on the run from the mysterious cult that has kidnapped her. She now finds herself in the middle of a forest, where she meets and recruits two beastfolk, Tox and Rik, that will aid her in her journey home in exchange for riches and fame. With allies by her side, she can outrun the cult and return home safely.

Throughout the narrative, you travel to various towns and interact with your party members and other NPCs. Based on these interactions, it becomes apparent that different groups have different views on the lines and what is going to happen to the world. One thing always seems to stay constant, however, which is that there seems to be a hate toward the beastfolk. As the story unfolds, you learn a great deal about the beastfolk, especially your party members Rik & Tox. Their past and present is explored, and over time, their relationships with one another and the other members of your party evolve as the narrative progresses.

The Tenth Line is primarily split up into two elements: turn based combat and platforming, which both play out from a 2D perspective. As you enter each area throughout the world, you are presented with a 2D platforming segment, often including some minor puzzles, as you hunt down hidden areas and treasures. Each area has treasures and collectible stars you can complete as side quests. These areas are also filled with enemies that can surprise attack you, though you can get an advantage by striking them first. If you are clever enough, you can get through the platforming areas without entering combat at all, though I wouldn’t recommend this approach. Traversing these environments is one of the weak points of this game, as you need to get all 3 members of your party to the end point before you can leave. Each member has their own field skill, which helps in traversing the area. These include Princess’s ability to move large blocks, Rik’s dagger, and Tox’s elemental breath. All your party members will join you in battle, but some may miss a turn or two depending on how far separated they are from one another. While you can swap between party members at any time, I would have liked to see them all travel together, as having to navigate each member across the area becomes repetitive and boring. 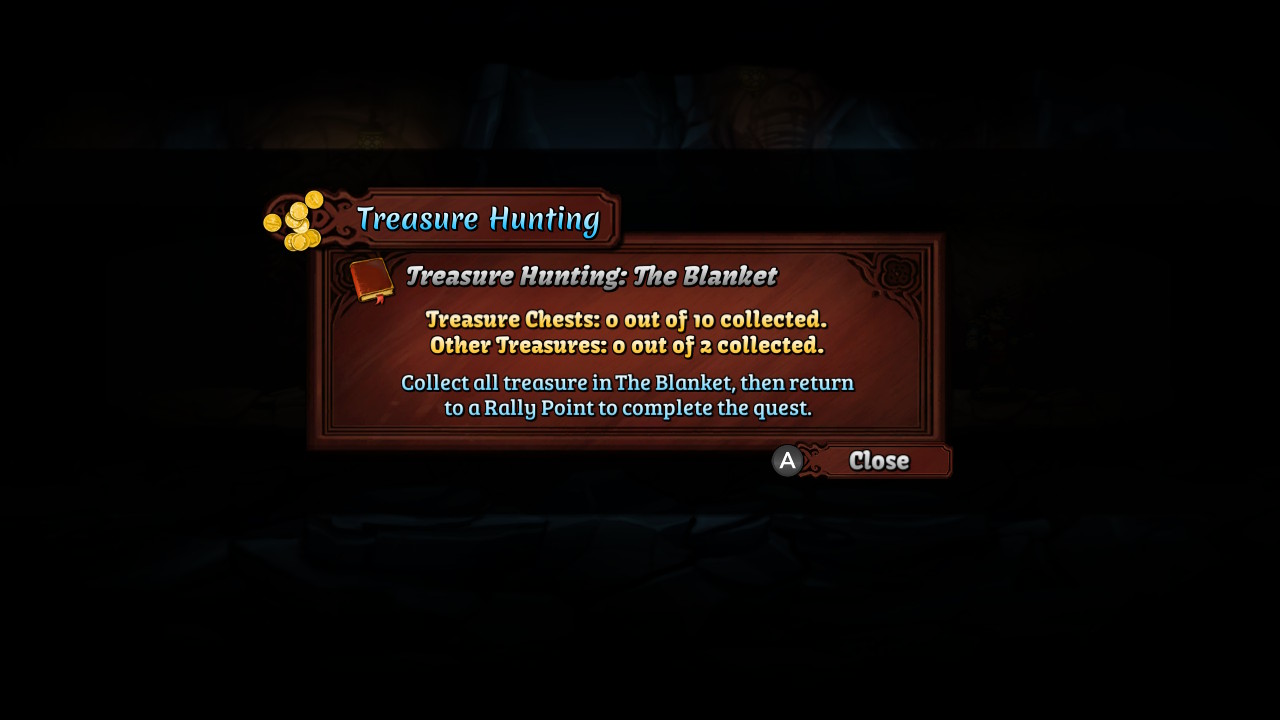 The combat is an active time system, with each member possessing a specific set of skills they can use in battle. The skills are laid out in a card system and each attack as an SP requirement. Certain attack skills have cool down timers, so it’s important to use a range of attacks while keeping an eye on your SP meter. Each party member can also defend when the enemy attacks by pressing the corresponding party member button at the appropriate time. They can also perform a super defense tactic every few turns, which will usually protect the entire party. In addition to the main party members, you will also have the ability to travel along with and utilize support characters. The support characters each have a meter that fills as the battle progresses, giving you the option to trigger either their weak or strong attack at certain intervals. After each battle, you will gain experience, items, and currency, which can be used to acquire gear and level up your character. 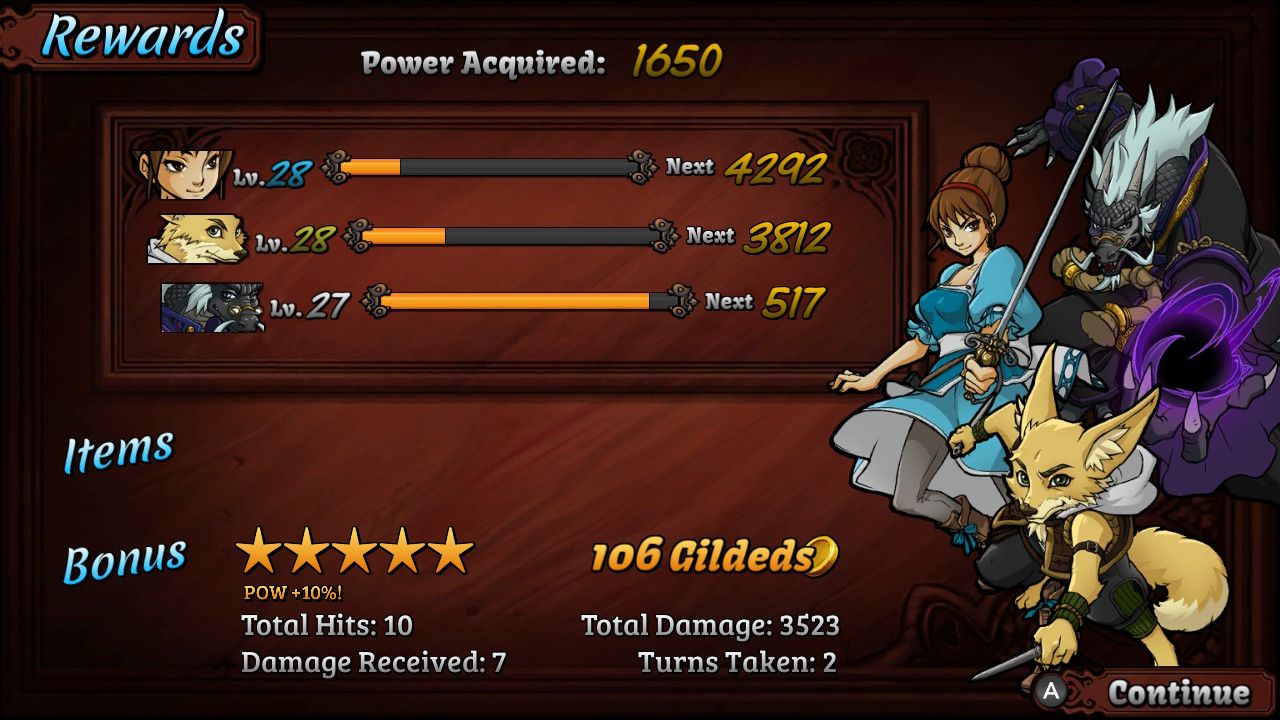 Each character has their own Power Flow diagram, which is The Tenth Line’s take on a skill tree. It is a unique twist that seems to work well, though at first it might seem a bit cumbersome and overwhelming. Once you grasp the concept, upgrading skills and unlocked new abilities is easy. Depending on which difficulty setting you choose, the game offers even more character development and customization with a training system. I decided to play on the middle setting, as I originally played with all the systems on, but found the game introduced them all very quickly and found it to be overwhelming. Once I changed the difficulty, I found the balance of character progression to better suit my play style. The game also offers a card-based minigame, which you can play by interacting with various NPCs in each of the towns. Winning these challenges gives you even more rewards for your party members. 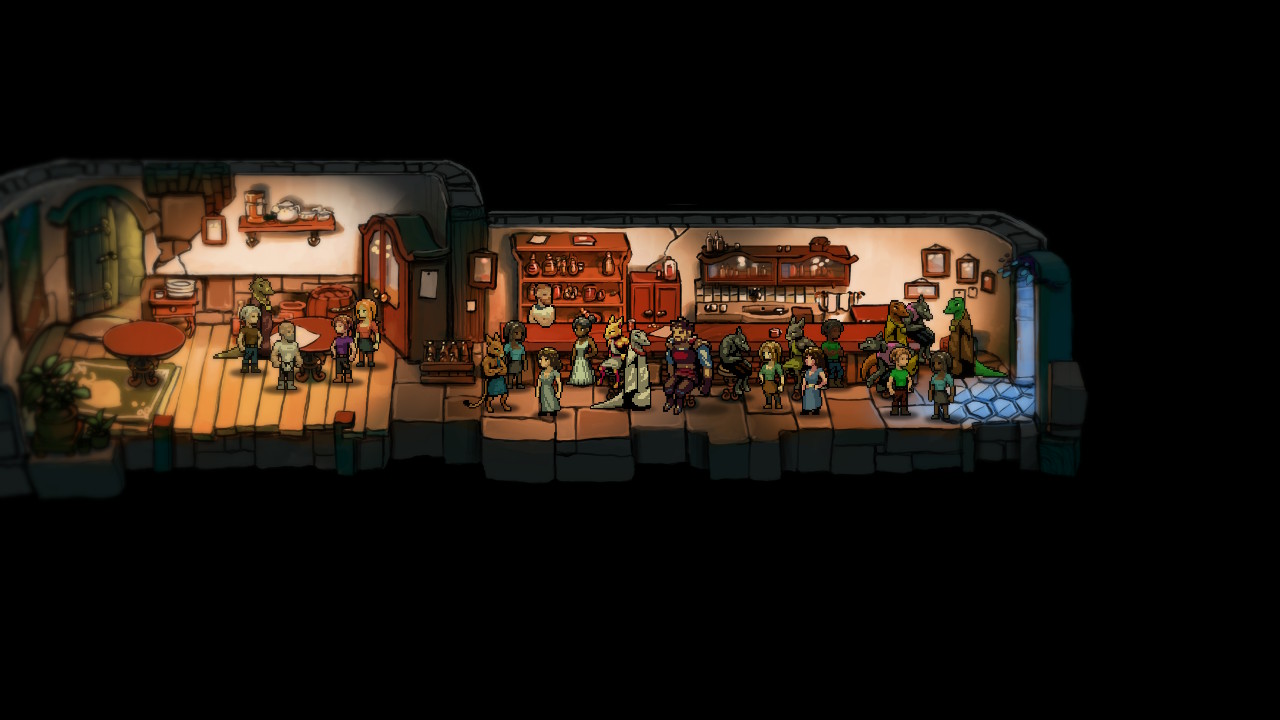 The visual and audio presentation of the game is well done, and there doesn’t seem to be any technical issues. There is some minor voice over work, with clips triggering as you enter and exit battle sequences. Though this is a welcomed feature, it would have been a nice touch to see voice over for the entire game. The game is presented in a 2D pixel art style, which looks really nice in dialog scenes, though it lacks detail in other areas, specifically the platforming areas. 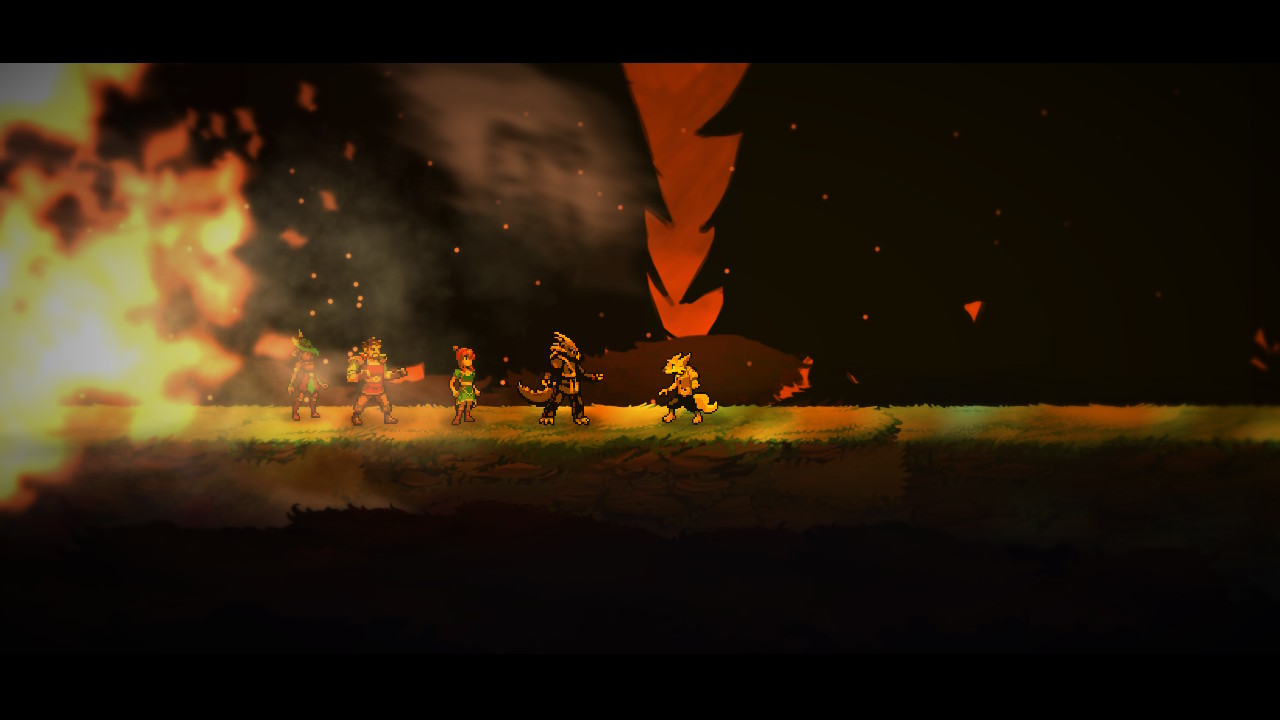 The Tenth Line is an ambitious title, taking chances with its progression systems, combat design, and platforming, and attempting to merge them all together in one package. Though a brave effort, I feel trying to incorporate so much in a first commercial project hinders the overall experience. The platforming can be a slog and breaks up the flow and immersion of the game. The game’s strength- and my motivating factor to complete it- was it’s interesting characters and compelling story. Once you complete the 10-12 hour campaign, some post-game challenges await, as well as a couple quality of life features I wished saw their way into the main game. In addition to new challenges and a new game+ mode, the ability to revisit past areas and leave the 2D platforming sections by only requiring one character to reach the end of the area were welcome changes, and I would have liked them accessible from the start. The Tenth Line is a bold and unique title with some questionable design choices that give the impression the game tried to do a bit too much to stand out. In the end, the result makes for a somewhat frustrating experience. To check out the came in action, watch our video preview here