Ever wanted to die a horrible death – as a hero – and come back 100 years later as a bird? How about a robot? Does summoning the magic school bus with a kazoo sound interesting? Do all of that and more in The Swords of Ditto: Mormo’s Curse!

When I was a kid, I had all sorts of crazy video game ideas. The Swords of Ditto is kind of like the culmination of all those thoughts, but in an actually clever, cohesive way rather than being the scatterbrained pipe dream from my own adolescent mind. Make no mistake though – behind the cutesy veil here is a rogue-lite experience that can (and will) test your mettle. 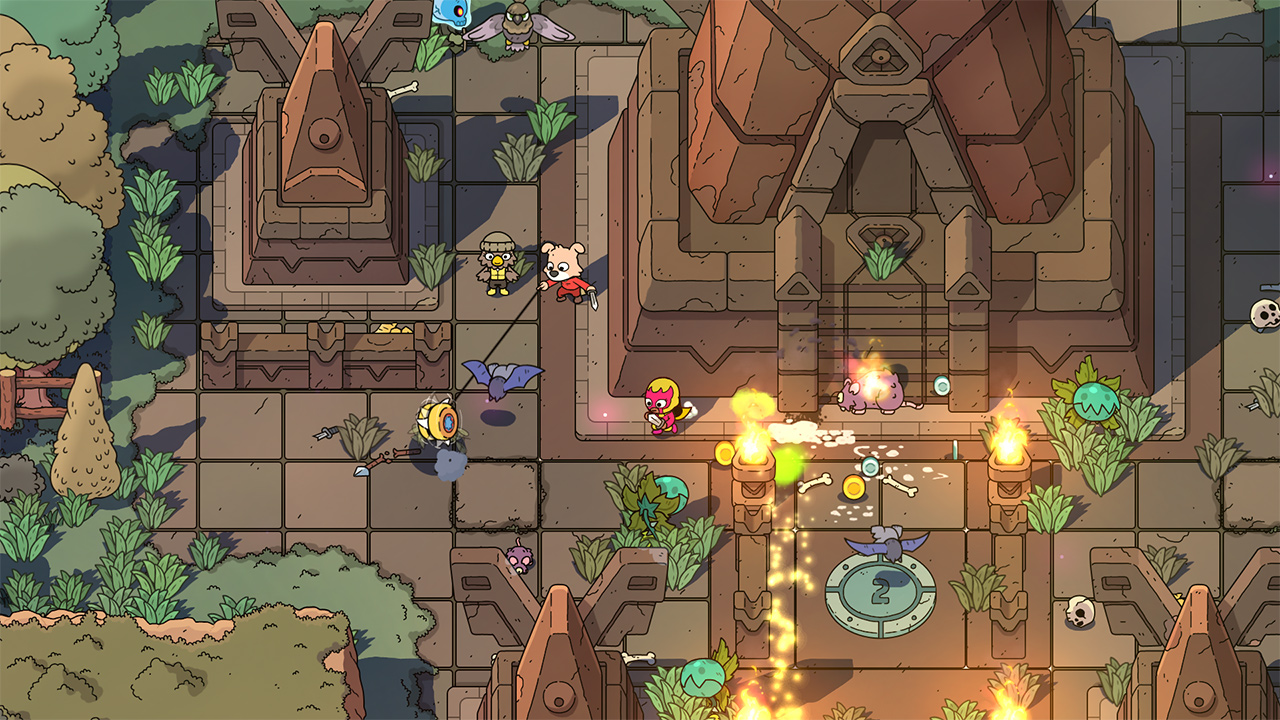 Every century, diabolically opposed entities – one of light and one of darkness – are born into the world of Ditto. The darkness takes the form of Mormo, a psychotic sorceress obsessed with global domination while the light chooses someone to be its champion – the Sword of Ditto. This cycle is never ending, but defeating Mormo means that the land will know a time of peace, while failing not only leads to the Sword’s early demise, but an inevitable era of oppression for its citizens as well.

The world of Ditto is inhabited by all sorts of friendly beings and ferocious foes. Many of these characters are thematically appropriate to their environment – robotic creatures can be found in the more industrial zones while a seafaring Walrus(?) makes his home in a lighthouse by the sea. Friendly NPCs, more often than not, will provide humorous banter rather than meaningful context, but it is nice to see that the citizens can make light of a truly vicious cycle of peace and war. Certainly, the playful conversations make the cartoony aesthetic that much more appropriate also.

I’d compare Ditto to Zelda in more ways than one, but specifically to that of Breath of the Wild when it comes to the story structure and main objective. You are aware of your primary goal from the very beginning, and can choose to brave the challenge immediately, but are encouraged to explore the world and grow in power before doing so. Ultimately, the story and characters work, but won’t really satisfy those desiring (or expecting) something on a grander scale. This is somewhat of an expected structure from the subgenre, but some lore excerpts do occasionally crop up that provide a little backstory for Ditto itself. 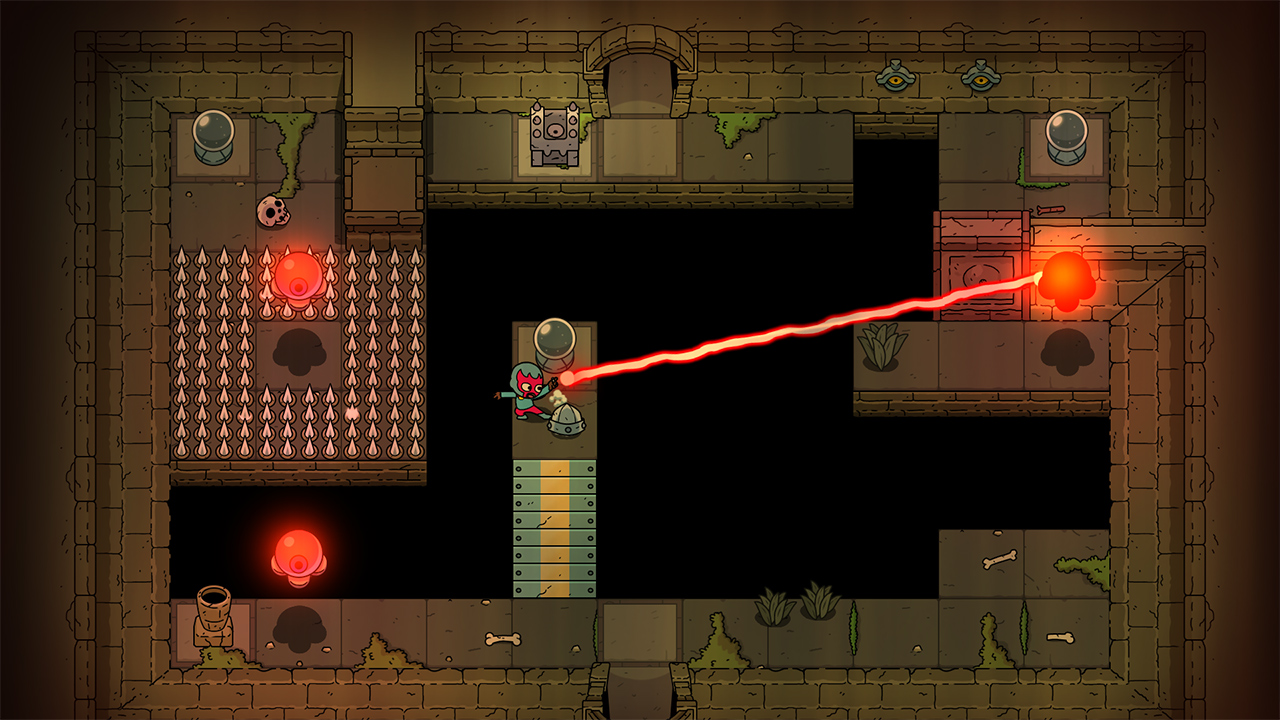 The Swords of Ditto: Mormo’s Curse is an action/adventure RPG that is not so different mechanically to 2D Zelda games, but with more of an RPG flair. The landscape, caves, dungeons, and even the main town are randomized every run, adding a sense of realism – whether intended or not – to the whole 100 year cycle quite cleverly. With sword in hand, you’ll explore numerous areas filled with friends, foes, and and secrets just waiting to be discovered.

Of course, your main objective is to take down Mormo herself. In your first cycle, you will have all the time in the world to sniff out items, upgrades, and locations – at least until your hero reaches level six. Then, you will have 24 in-game hours before you are forced to take on the Sorceress on their turf. Subsequent runs are a bit more tricky however, seeing as you are limited to five in-game days to prepare rather than the more casual approach in the first round.

Repercussions for death are dependent on your difficulty settings – a normal playthrough generally demands the cost of some precious time and cash(which can be collected later) while the hardest difficulty is, appropriately, a little less forgiving. Time flows quickly in Ditto, with several in-game minutes equating to a single real-life second. You might feel a bit frustrated until you know the best way to spend your time each run, but perseverance does pay off eventually.

As an action RPG, Ditto allows for omnidirectional combat, consisting of swordplay, trinkets, and toys, with the latter comprised of a toolset comparable to the iconic goodies found in Zelda, like the bow, bombs, and hookshot. Certain enemies are susceptible to certain kinds of attacks, encouraging experimentation with the many tools available to you. Your hero can be outfitted with a set number of stickers, which provide various statistical bonuses and abilities. While these boons do not carry over across runs by default, you do have the opportunity to buy your gear from your previous run with a special currency you will naturally collect along the way. 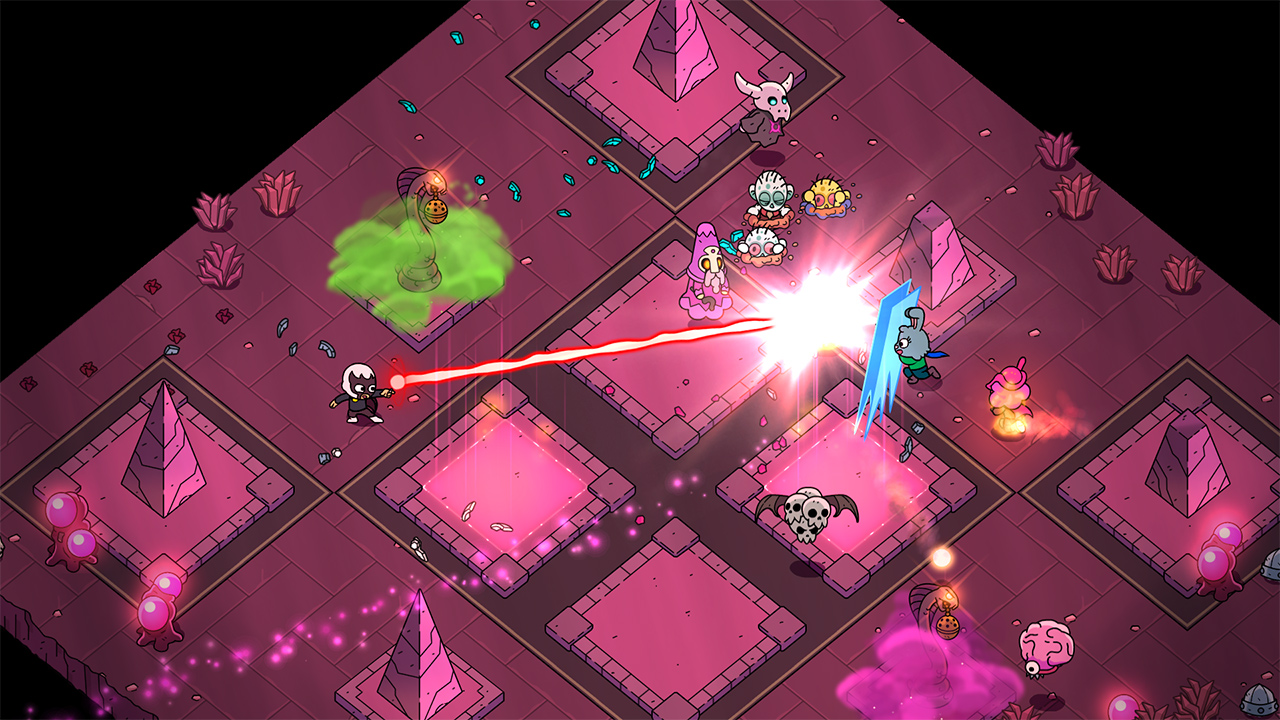 If you’re fan of dungeons in 2D Zelda titles, Ditto provides a slightly leaner, randomized representation of that system. Caves and dungeons of varying importance are scattered about the world, offering riches to those that brave their depths. You will find that specialty dungeons sometimes require a certain toy to progress, but are worth tracking down as destroying the anchors within can drastically weaken the powers of Mormo, if only for that cycle. Not all is lost if you fail this task though – I was unable to destroy either anchor in my first run but was still able to best Mormo in the end.

Dungeons/caves also come tagged with random modifiers, which affect how potent certain items and abilities are, as well as the strength and capabilities of your foes. The normal difficulty appears to only attach one or two modifiers per dungeon/cave, with the highest difficulty attaching four to five. As a whole, the gameplay loop plays out how you would expect a rogue-lite/like to – repetitive perhaps, but ultimately engaging due to the randomization element and fluid combat.

While dungeon/cave diving is the name of the game, you can also tackle various side quests with objectives that vary from cycle to cycle. Usually, these are comprised of killing a certain amount of enemies or tracking down specific items, but not always. All in all, they tend to be easy, rewarding, and usually along the same route as your primary objectives, so be sure to speak with friendly NPCs whenever possible in order to unlock them. 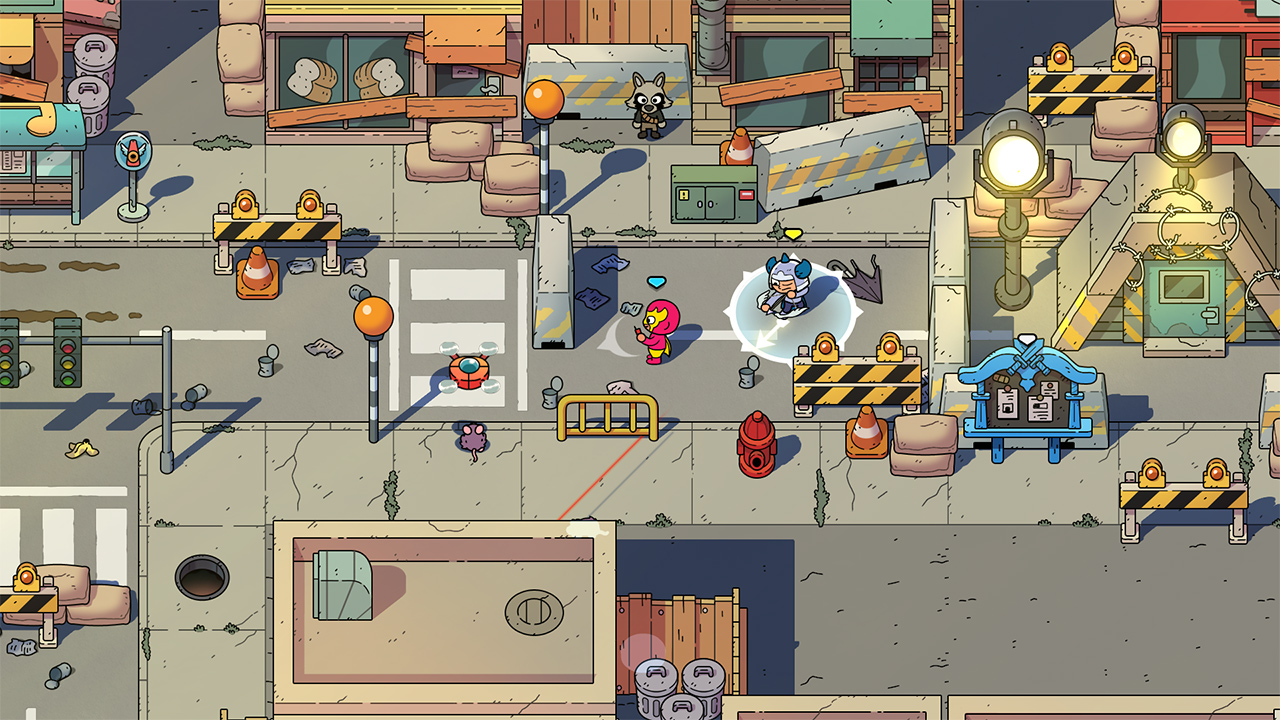 The overall look, feel, and zaniness of Ditto kind of reminds me of Zombies Ate My Neighbors, but with a Cartoon Network coat of paint on it. All sorts of creatures, pests, plants, robots, demons, monsters, and even zombies, populate the world, helping to bring it to life. While generally “cutesy” in design, complete with vibrant color palettes, an equal amount of effort is tied to the macabre in Ditto. Bile-spewing living corpses and multi-eyed monstrosities are only a couple of horrors that can lurk around corners. Animations are fluid, and everything manages to run at a consistent framerate, with the only exception being when the opposition fills the screen with their army.

The soundtrack found in Ditto, like the aesthetic, is lighthearted in nature. While not overly memorable as a whole, some tunes, like the kazoo-lead fast travel piece, always brought a smile to my face whenever they played. Let’s be honest – in a world that’s bound to a cyclical darkness, it is nice to not have to always deal with the darkness in a thematic sense. The almost comical at times soundtrack gives you a sense of hope in the crazy world that surrounding you.

The pre-release version of Ditto came packed with some concerning bugs, some of which can completely ruin your save. The most heinous issues involve dying in a certain area on a specific difficulty, notably on the normal/default difficulty and dying in Mormo’s castle. The developers are aware of this issue, and supposedly already have a patch out to Nintendo to fix it (UPDATE: fix should be live).

The Switch is far from being short on rogue-likes/lites, but The Swords of Ditto: Mormo’s Curse does provide that classic experience through a more uncommon guise. The emphasis on puzzle-based dungeon diving will satisfy fans of older Zelda titles while also providing a classic rogue-like/lite gameplay loop. It doesn’t offer the deepest of RPG systems out there, but the various progression components, collectively, bumps it out of an exclusively action/adventure classification at least. The blend of rogue-like/lite mechanics, RPG elements, and Zelda-esque dungeon diving makes The Swords of Ditto: Mormo’s Curse a delight, but only if you are willing to embrace its zaniness first.

Fantastic review! This one will come in after I finish Shadows of Adam and possibly FF12.