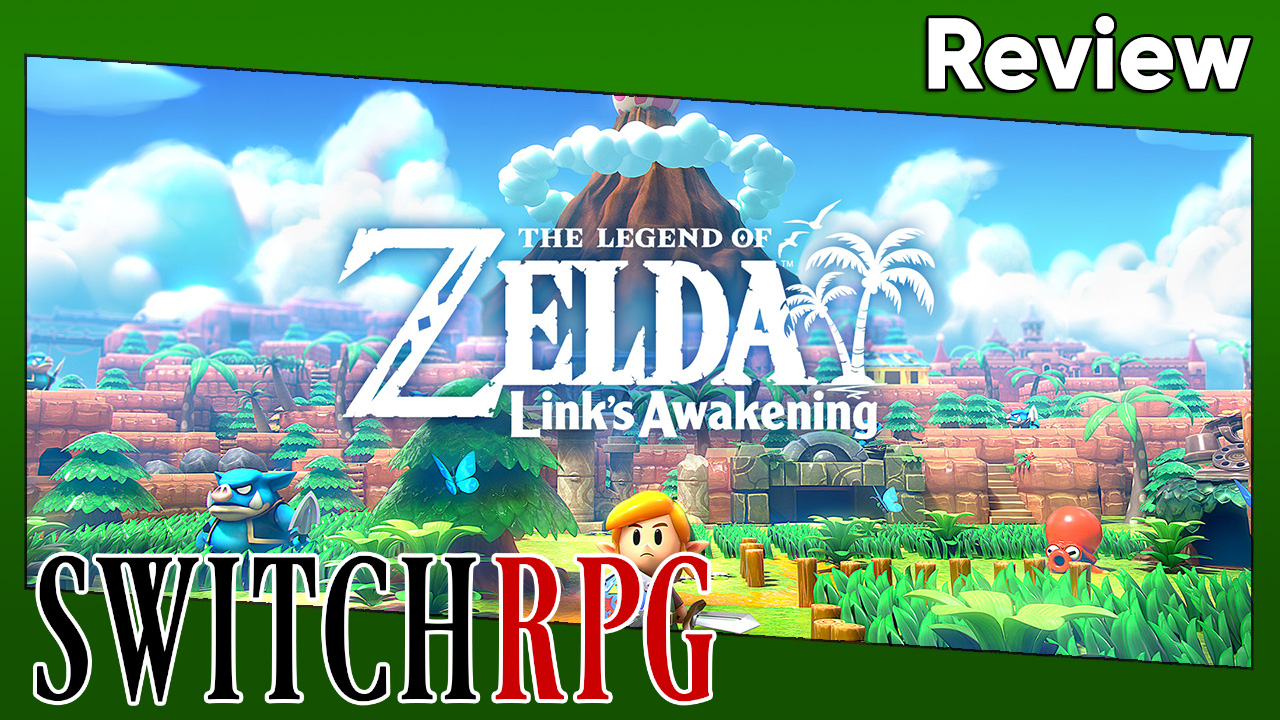 Our ever-ongoing debate regarding whether The Legend of Zelda is an RPG or not will continue, but another entry hit the Nintendo Switch last year. It’s for time for Link to wake up and see how the remake of the 1993 Game Boy game fairs. 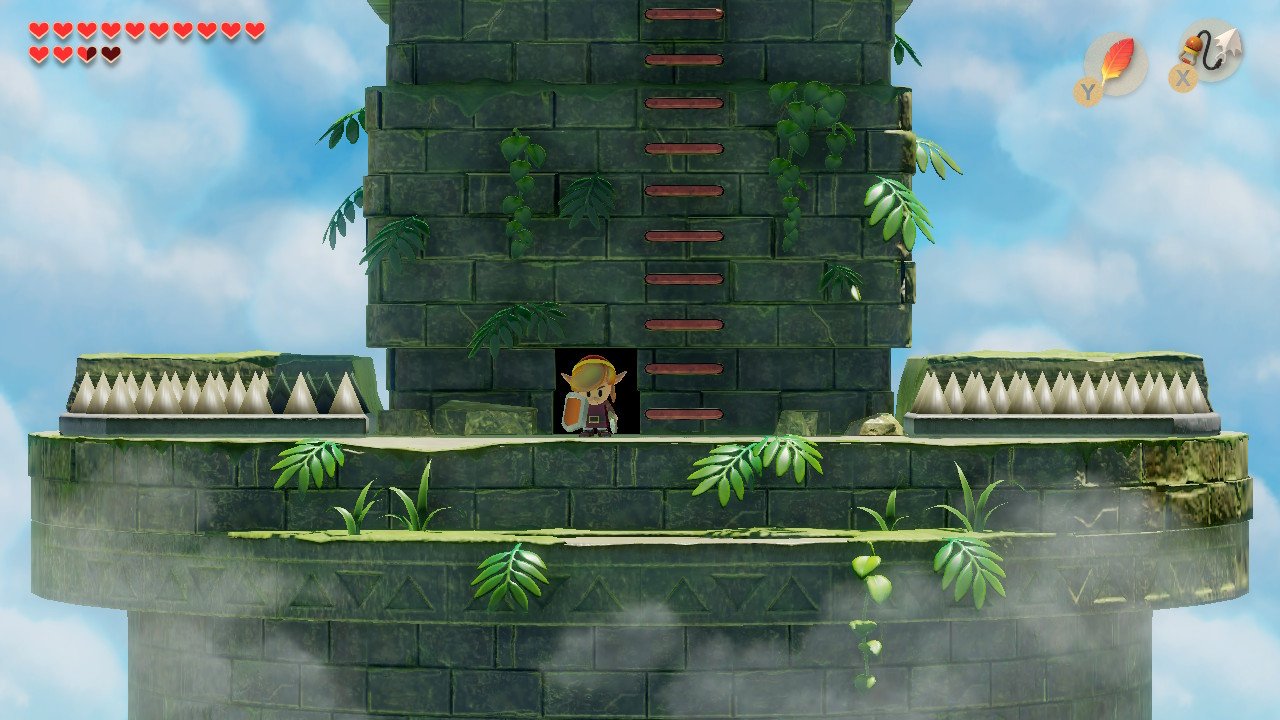 Link’s Awakening is a curious entry in the series, as it doesn’t take place in Hyrule Kingdom, nor does it include the usual cast of characters we can expect from a Zelda game. Instead, it takes place on Koholint Island, an isolated place filled with characters from other Nintendo series. In the opening cutscene of the game, we see Link traveling the seas when a storm hits and destroys his boat. He eventually washes up on the shores of Koholint, then rescued by Marin and taken to her father Tarin’s house.

Soon after you recover your sword, Link learns about the Wind Fish, who is asleep a top Mount Tamaranch from an Owl. This mysterious Owl explains to Link that the only way to awaken the Wind Fish and return home is to collect the eight musical instruments of the Sirens. As you proceed through the games dungeons of which you will learn the truth about the island. Upon learn the truth about the island the encounters it helps explain why other various Nintendo characters make cameo appearances within the game. 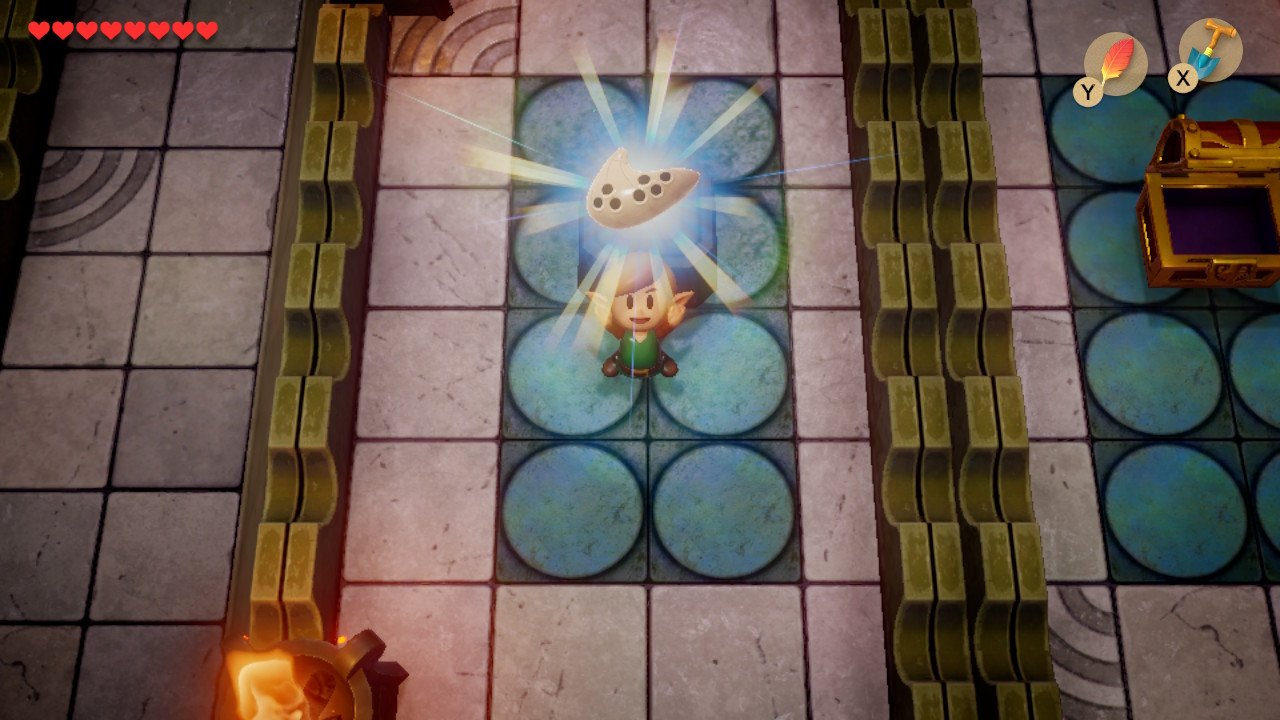 This is a traditional overhead action adventure (RPG?) game, similar to the earlier entries in the Legend of Zelda series. The original on the Game Boy (DX Version on Game Boy Color) were the first instance where Link was allowed to jump in an overhead view. As with most Zelda games, the title is primarily focused on combat and exploration. You will need to explore every nook and cranny of Koholint if you plan on collecting and seeing everything the game has to offer. While the overall map isn’t very big, it is very dense, and some of it is not initially visible to the user without some item upgrades. You will need to revisit many areas as you upgrade Link’s abilities, sometimes for optional upgrades and sometimes for story progression unlocks.

Combat involves using your sword and/or other items to take down baddies after having learned their attack patterns. You gain new abilities by exploring dungeons and these abilities come in the form of items you discover along your adventure. You will come to utilize series staples like bombs, the boomerang, hook shot, and more. These items have a dual purpose, as you’ll also use them to help you track down keys and solve puzzles in dungeons and even tackle side quests. Link’s Awakening has two main side quests, one of which will have you searching for hidden seashells scattered all over the island and the other being the infamous trading sequence quest. 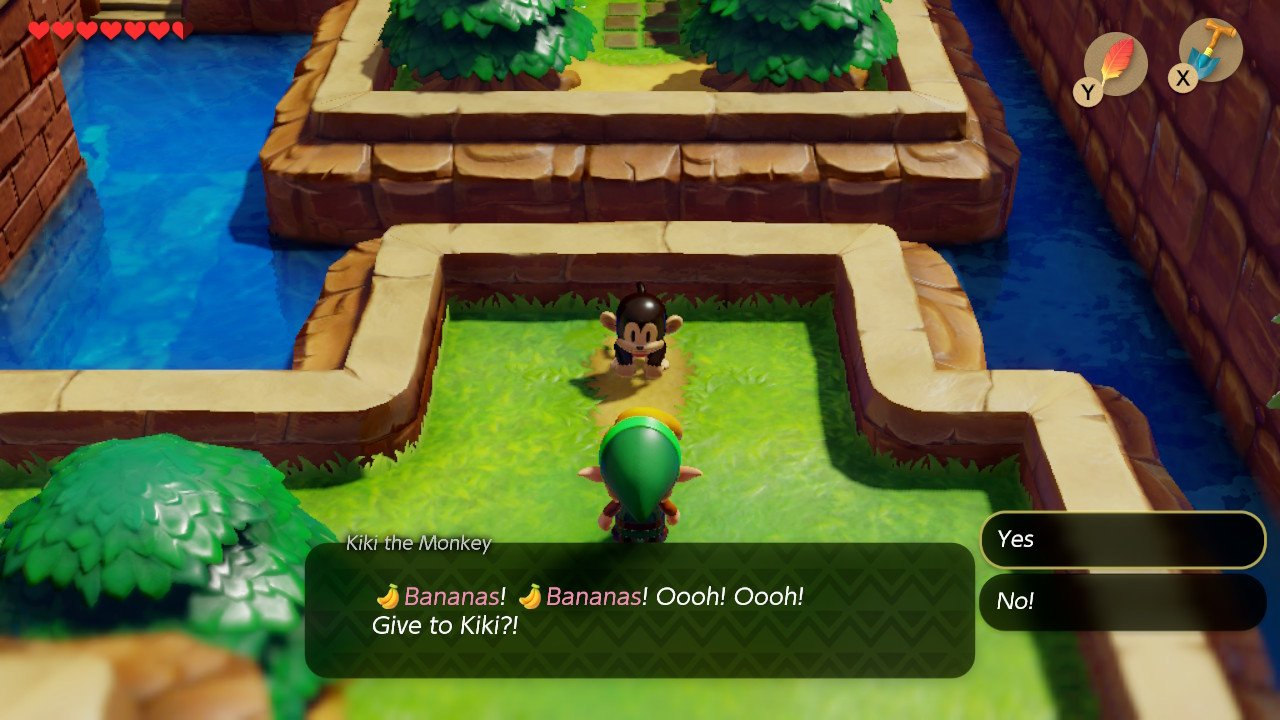 Some of the game’s early dungeons are very straightforward: find the item, find the boss key, and defeat the boss. While all of the dungeons follow this formula, some of the middle dungeons may feel stale while the last three dungeons really shine when it comes to dungeon design. You can upgrade Link’s health by find heart containers around the world and by defeating bosses. The Color Dungeon from the DX version returns, which grants an impressive reward that will make the game easier.

Dampe returns as well, but in this version his shack houses the Chamber Dungeon. This change replaces the camera shop from the original, and though initially believed to be a Zelda Dungeon Maker upon reveal, the end result is somewhat different. Though the Chamber Dungeon iss a very limited system, you can arrange tiles or chambers you collect from dungeons you’ve completed along your adventure. Conquering them does net you some nice rewards, and they can be saved and transferred, if you have the proper Amiibo. 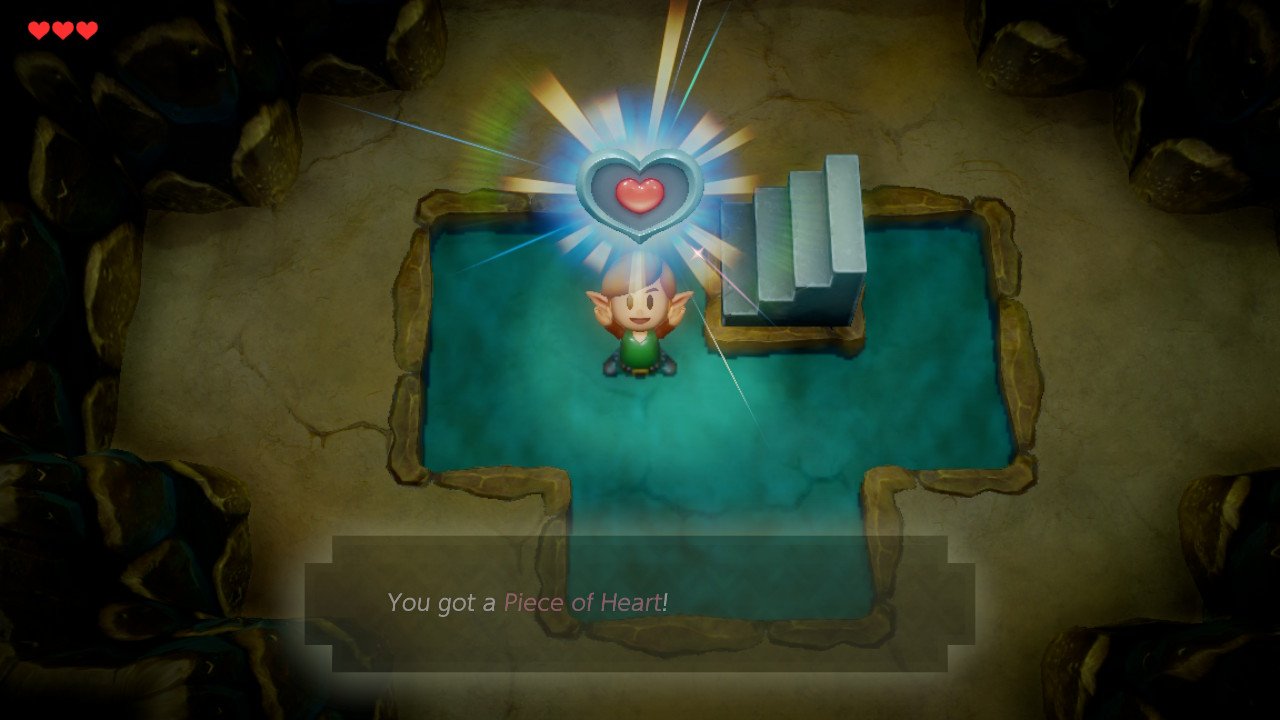 Link’s Awakening is masterfully crafted reimagining of the 1993 classic, featuring one minor issue. As you explore the overworld and transition from one area to the next, especially around the swamp area, you will notice the framerate drastically drop or screen hitch for a couple seconds. Once the game appears to load in the area it runs fine, and the issue doesn’t occur in dungeons because of their traditional room-by-room movement system. It doesn’t seem like Nintendo plans to patch the issue at this point, so you’ll just have to grow accustomed to this effect.

Aside from that, Links Awakening looks beautiful, the toy diorama art style is a joy to look at. The music, which features remixed tracks that evoke the toy-like art style, are elegant and a treat for the ears, as always. The developers have done a good job remaining true to the original and adding in small quality of life changes where necessary, especially when it comes to equipping items. Some items are automatically equipped so you no longer have to take your focus off the action trying to constantly change items, which was an issue in the original. 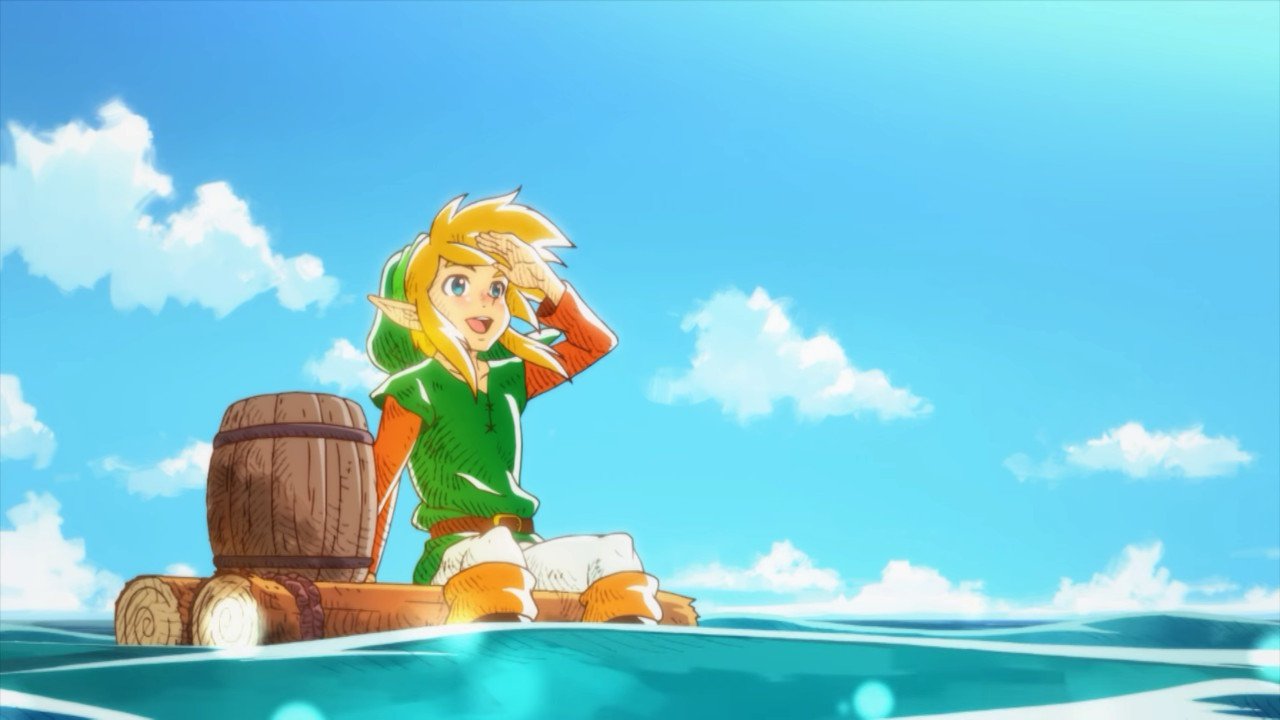 The Legend of Zelda series, especially the third and fourth entries (A Link to the Past & Link’s Awakening, respectively) will always be dear to me. Alongside Final Fantasy VI and Chrono Trigger, these games made up some of my fondest memories as a child. Link’s Awakening was the first entry that allowed you to take the magic of the series on the go, and 25+ years later, the remake holds true to the original version with some much-appreciated quality of life improvements.

While the Chamber Dungeon system is a nice addition, I feel like Nintendo only scratched the surface here. Not allowing the ability to share your creations online with friends is a big miss and sadly makes the feature feel limited. I only used it to collect the rewards, as the replayability and creativity of this feature is downplayed when you are unable to share your creations with the world. Hopefully we will get a true Zelda dungeon maker someday. I really appreciated the re-done, animated intro and outro to the game, and would really like to see a Zelda game created entirely with that visual style in the future.

Bonus features aside, this adventure is great both on the go or at home, and while this entry may not have the largest overworld, it’s still packed to the brim with areas to explore, dungeons to conquer, trading quests, and much more. The biggest disappointment is the framerate during transitions in the overworld, and even six months after release, it doesn’t seem like it will be addressed. Most Zelda fans and players should be able to live with it, and no matter where you fall on the “Zelda is an RPG” debate, this entry is an adventure worth taking for fans of the original and newcomers alike.