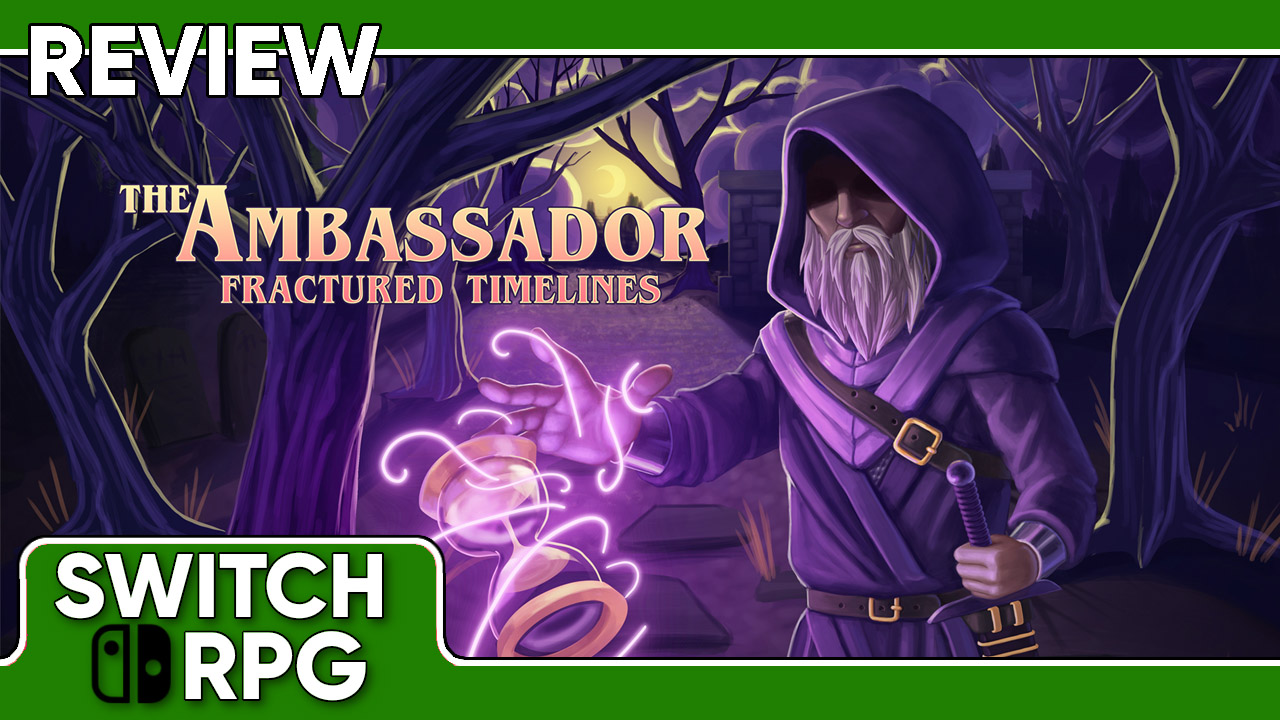 The Ambassador: Fractured Timelines is a twin-stick fantasy shooter that gives you the power to temporarily stop time. While there have been an abundance of twin-stick shooters in recent years, this indie attempts to stand out from the rest with its unique blend of mechanics. Between defeating enemies with standard weapons and using your time powers to solve puzzles, this game offers some interesting things. As a whole, however, is it ultimately worth a look? 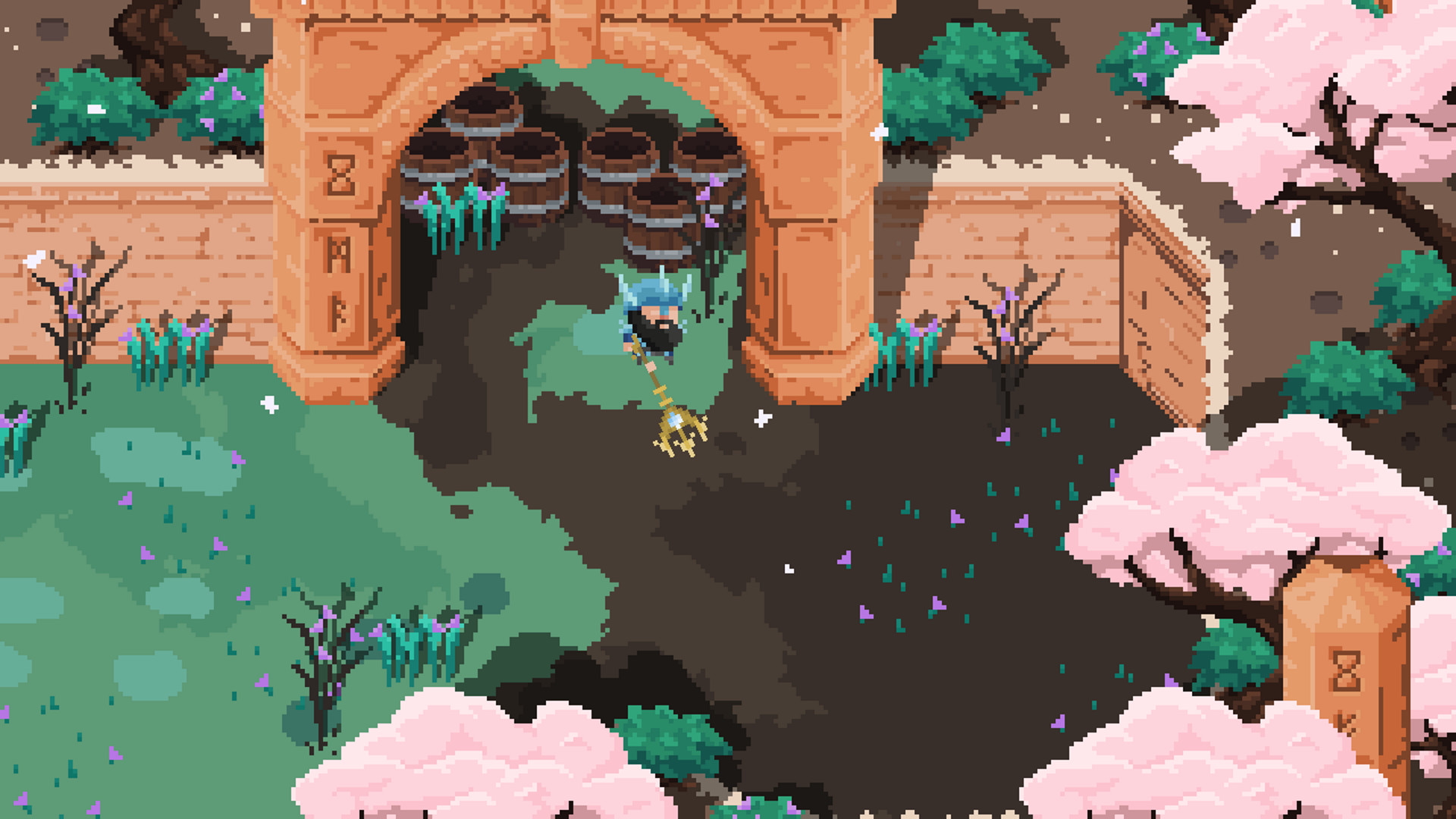 The Ambassador: Fractured Timelines is a single-player game with a long name. Your character, Gregor, is a brand-new trainee Ambassador of Time for the Eternal Fellowship, when the capital city and nearly all the Ambassadors – except for you – are destroyed. Naturally, Gregor then heads out to find the culprit behind the attacks and to ultimately save the world. Throughout the game, you can speak with NPCs that will give a sentence or two of dialogue that generally do not really add much to the story. For example, a woman says something regarding how her home was burned down, and so Gregor – obviously – should go kill everyone to restore peace.

Undoubtedly, the premise of the story is one we have heard before. The added element of stopping time is intriguing, but not highlighted enough. The progression of the story does not offer many twists or real substance to encourage the player to learn more. While it is a fine story, it simply is nothing memorable and does little to draw the player into it. The game, as a whole, feels as though it is a rough draft that just needs a little more of something to make it stand out. 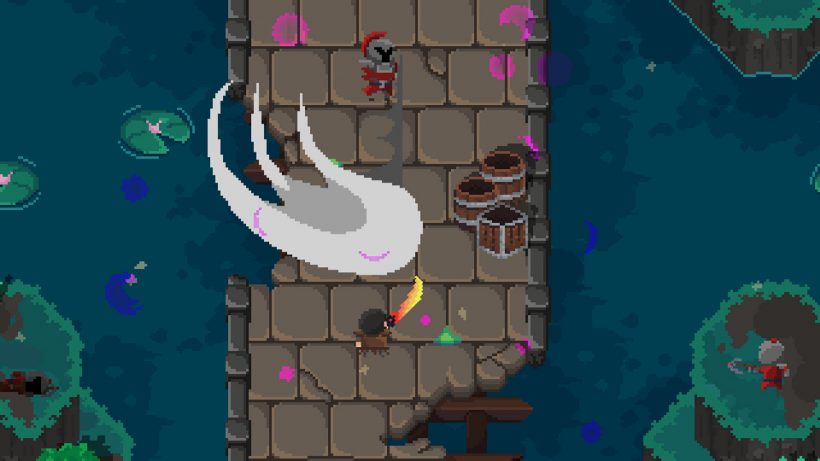 The gameplay in The Ambassador: Fractured Timelines is fairly straightforward. Gregor has a choice of three different mysterious portals to enter, each of which leads to a different area. Once he has chosen an area, he enters a level which has a set of enemies who will always be the same enemies, in the same spots, for each restart of the level. It is Gregor’s job to beat these enemies. Once all are defeated, the level is clear and a portal will open to the next level within that area. If Gregor dies, he respawns at the beginning of the level and all the enemies will repopulate. When entering a portal to progress to a new area, you are sometimes able to obtain a new piece of armor or weapon. Before entering the new level, you will be able to choose which weapon, wand, and armor you wish to equip. You may also change these by hitting X within the level. Each will offer different strengths and weaknesses and may need to be switched up to help get past certain levels.

The controls in The Ambassador: Fractured Timelines offer the use of twin-stick movements and both trigger buttons for abilities. While the controls were very responsive, in two levels it felt as though the movement and aiming with the twin-sticks were having glitches and working opposite from how they should have been. Hopefully this is an issue which will be corrected with updates, as it did cause some difficulty navigating those areas. The left trigger button will activate your time stop ability. This only lasts for a small amount of time and can be used to solve puzzles, such as trying to step on a button to open a doorway and then make it past before it closes again, or to sneak past arrow-shooting traps.

The right trigger is how you attack and, depending on your weapon of choice, this can be either a non-magical weapon – swords, axes, or similar items – or you can change to your magical wand attack and choose from different wands. You can easily switch between your chosen magical and non-magical weapon by hitting the R button. This is helpful when you have run out of mana and cannot use your wand for a moment and need to quickly switch to your sword to finish off an enemy.

There is an achievement system for all those achievement hunters out there. These include basic achievements, which you will earn during a normal playthrough of the game, but also include more nuanced entries covering time trials, destroying barrels, and other interesting challenges. 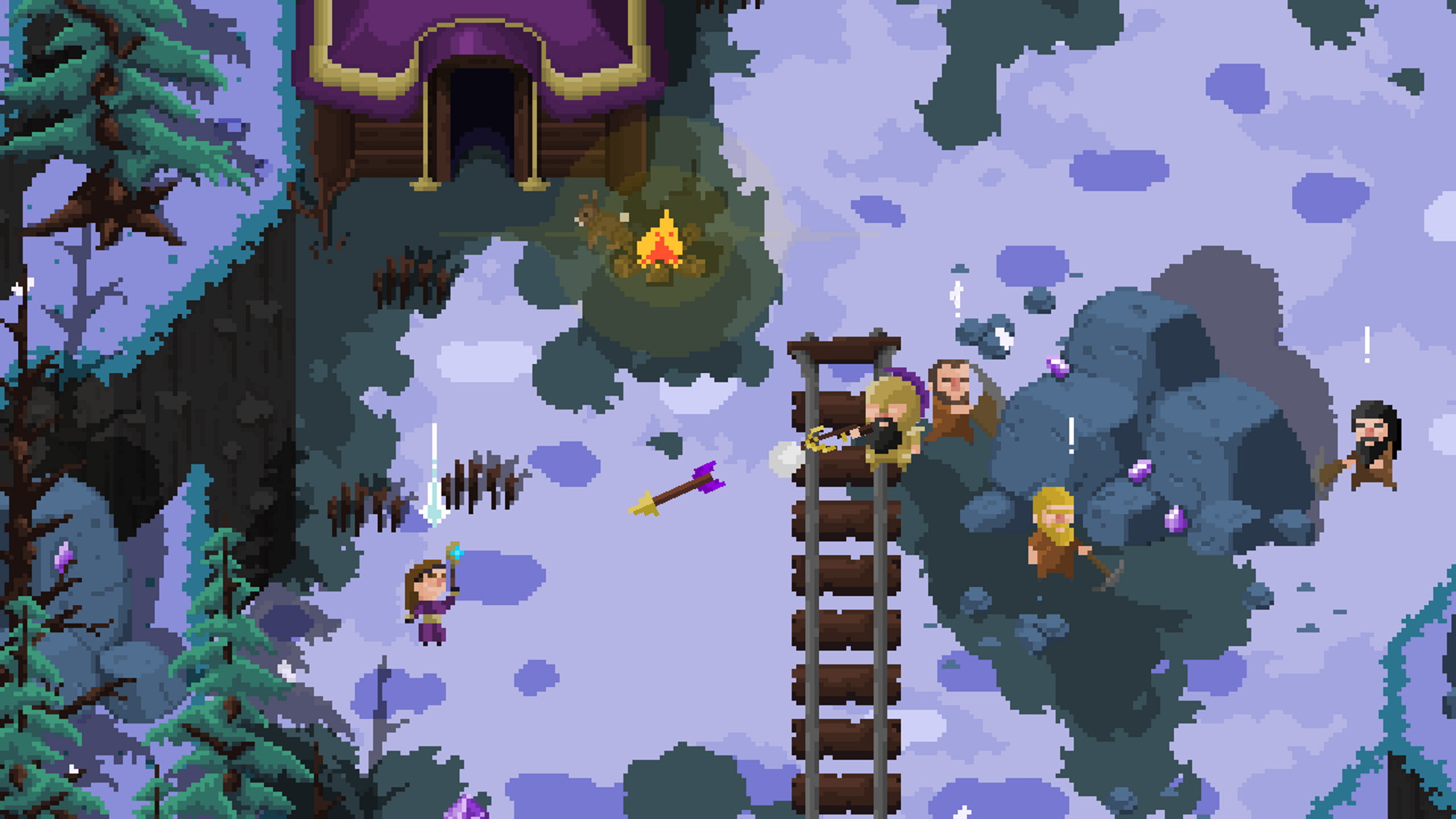 While the cover art of this game is amazing and beautiful, the rest of the visual package is a bit of a disappointment. The pixel art approach, though palletized nicely in terms of color choice, feels half-baked in execution. For example, sprites of enemies can occasionally blend in with the backgrounds, making Gregor literally walk into them without knowing they were there, resulting in his premature death.

The soundtrack here is wonderful, though. The music is very subtle and soothing so that it makes good background noise that doesn’t get tiresome. In a way, it almost feels as though the music should belong with a different game and that a more retro style of soundtrack should accompany this game due to its pixelated graphics. However, the music was pleasant and added quite a bit to the game overall and would be worth purchasing the soundtrack for alone.

The game does utilize the rumble feature on the Switch, but it is triggered exactly the same whether you defeat an enemy, are injured, die, or shoot a barrel. The frequency of the rumble can quickly become annoying and I would recommend turning this off before playing. 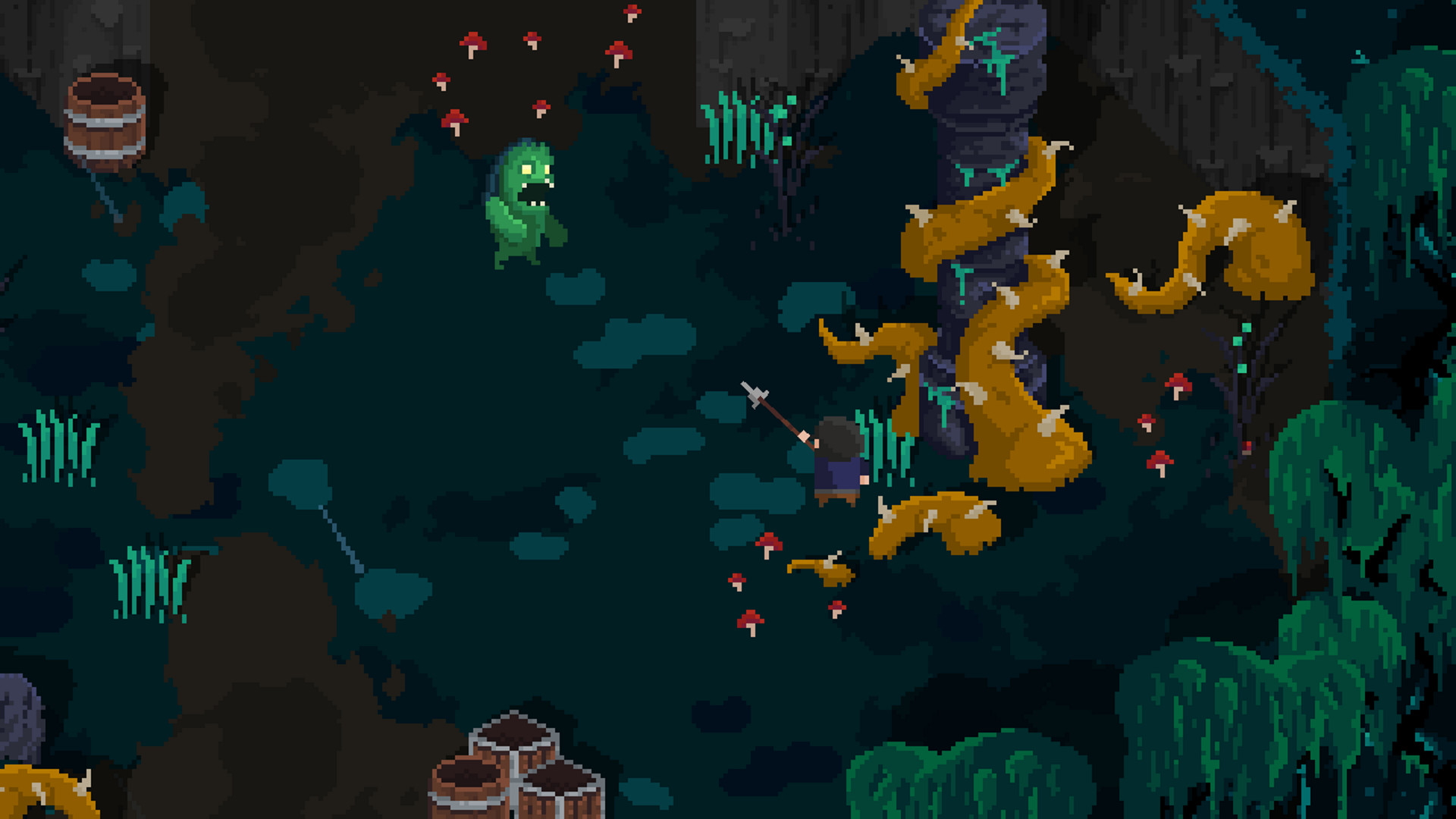 While The Ambassador: Fractured Timelines excels in some areas – freedom over which portal/area you tackle and parts of the presentation, especially the soundtrack – the game as a whole seems to have missed its mark and simply lacks polish. The unique ability to stop time could have been used to greater effect and the repetitive nature of the levels are not compelling enough to make me want to keep going. Additionally, the final boss battle was unnecessarily frustrating. Perhaps if the developers had been able to work on it longer it could have been an amazing game. In its current state, however, it is unfortunately nothing special.