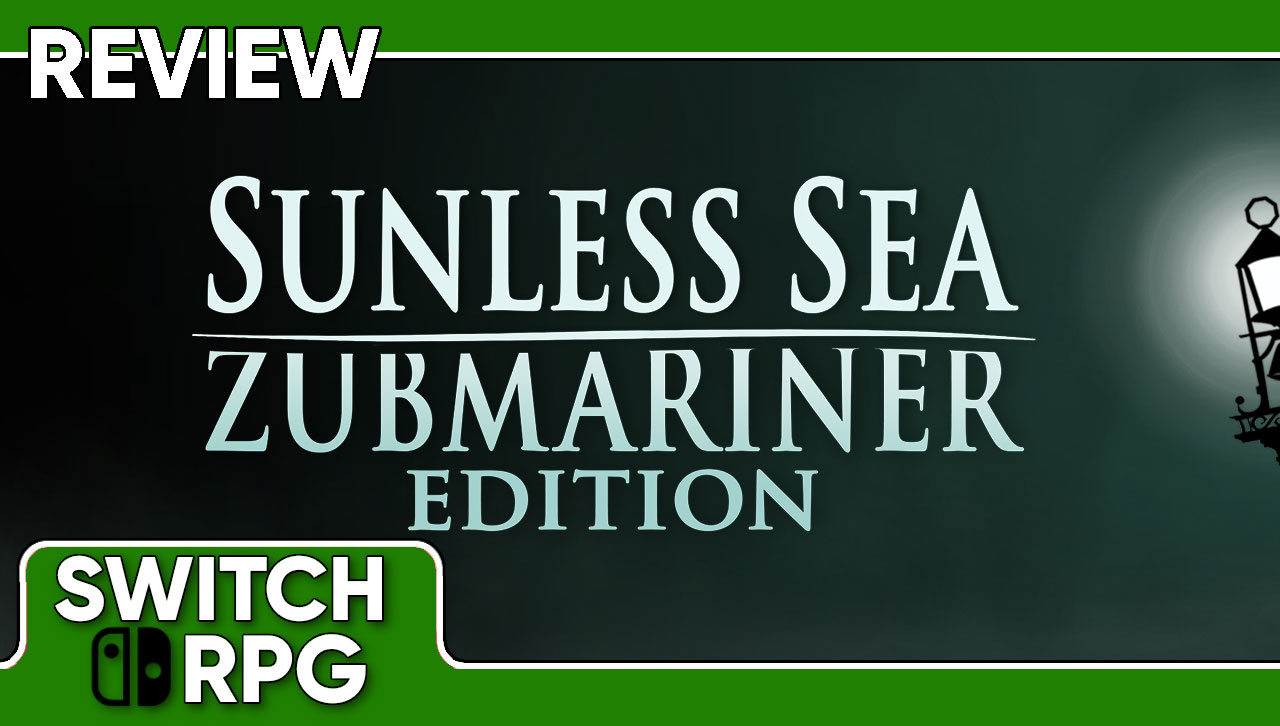 Sunless Sea: Zubmariner Edition is an unusual sort of role-playing game where you command a ship and sail around a ‘zee’ (as the game calls it), gathering information, supplies, and a strange currency called ‘echoes’. It relies on text for the most part, which is something that immediately interested me. Now that I’ve played it, I feel mixed on the game, and I’ll elaborate below for you.

Before you even start playing, the game opens with a quote from Joseph Conrad. In my case, however, I found myself thinking of another author while I played — China Miéville, an individual who crafted a very strange, dark tale in Perdido Street Station, among other books. I cannot fault Failbetter Games when it comes to their creativity and dedication to creating this world that you sail around in. Creatures are distinctive and odd, different islands offer different communities (it’s tricky just trying to describe some of them), and even some of your crew members possess this deliberate oddity. The game also lets you choose your background, which is a great touch — you can be a poet, a priest, a philosopher, and so on. 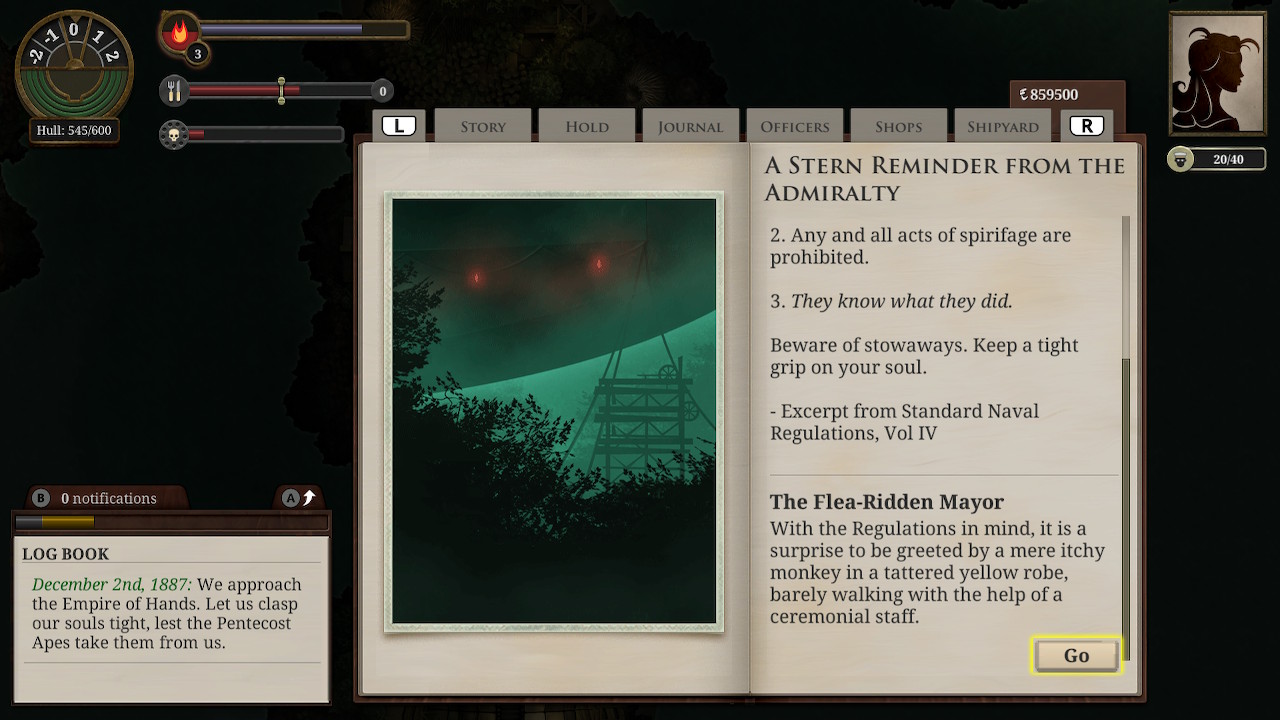 With that said, there doesn’t seem to be a core ‘narrative’ going on- it’s more the type of game where you explore and run into various situations. Characters have distinctiveness, but little actual depth that I could see, and I couldn’t find a lot of options in regard to interacting with them- although, in fairness, they did seem to have some sort of sidequest type material tied to them if you wished to pursue it. While I see the appeal in this approach as someone who enjoyed games like Skyrim and Breath of the Wild, it felt a bit disappointing, possibly because of how ruthless the game world actually is. If I’m constantly dying and running into miserable situations, I’d like something to pull me through it all, some sort of emotional connection to the material. The game gives you the chance to engage in romance, but this ended up feeling flimsy, and I never really encountered anyone I would think of as friends or family.

The gameplay is in some ways simple- selecting options via text- and in others ways overwhelming at first. You must obtain ‘echoes’ in various ways, such as selling items, which can then pay for your fuel and supplies. Elements such as ‘hearts’ will help you in certain situations if you have the right amount, which in turn depends on your own stats and those of your crew. You can work for the government, listen to strange stories, visit the local market, and sail around a huge map. If you like the idea of exploration, you will certainly appreciate this last element — it feels like there is a lot to see, although actually doing this can be tricky due to the challenges of fighting (I still have very little idea of what I was doing in this area) and running out of fuel and supplies. Fuel seems to vanish particularly quickly.

There is a certain enjoyment to sailing about, despite the challenges mentioned. It’s neat to discover new areas and dock at new locations. The combat eluded me to the point where I simply ran away from enemies, but I was still able to explore fairly well. Intriguingly, the ‘Zubmarine’ element is something that you can avoid completely — I played for hours and yet still didn’t obtain the enhancement to my ship, because the game requires you to find a specific location if you wish to make use of it. Normally this wouldn’t be a big deal, but exploration is so dangerous in this game that it can make things tricky to go looking for something like this. 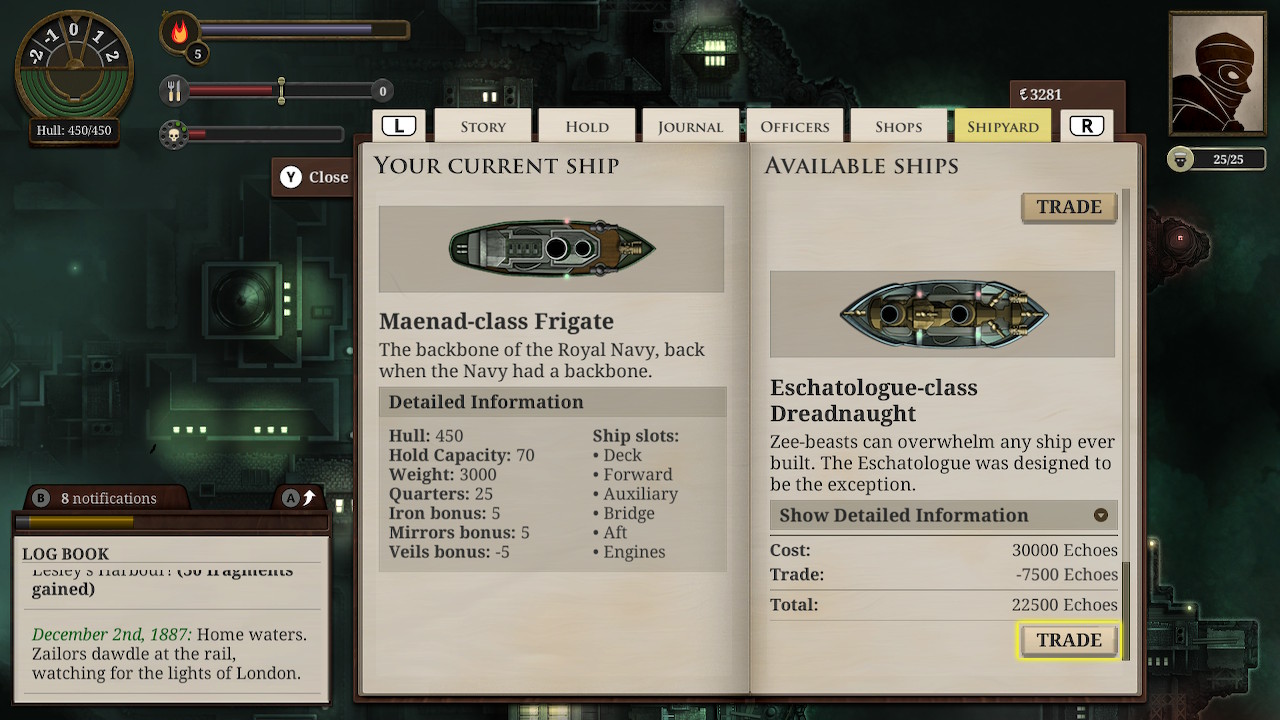 The default mode for the game (and the intended way to play, apparently) is, in fact, specifically labelled as ‘unforgiving’, where your save slot is wiped if you die. Thankfully for people such as I, there is also a ‘merciful’ option that you can play instead, where if one captain dies, the next can pick up something they possessed.

I mainly use my Switch in handheld mode, and I did notice that the fan seemed to be working harder than usual to keep the console cool during play. Whether this is just a sign of my Switch getting old (I use the original model) or the game being demanding is another question. I wouldn’t be surprised if it were the latter though, considering how big the game is.

The visuals work well, especially when sailing through the dark zee, where you can see some sort of structures underneath the water. Some of the other artwork is also quite good; it feels like effort was taken over it, and as a result the character portraits or images tied to the narrative leave me with no real criticisms that I can make. I also like the main theme that plays when you are docked at London, although that is the only track that I remember.

Sunless Sea: Zubmariner Edition is big, dark, and cold. The game promises that you will die a lot, and this is accurate. If you’re mainly interested in this for the thrill of exploring and the small narrative pieces you can encounter, then you may well enjoy this experience, especially if you’re a fan of strange and gloomy worlds. If you prefer more of an emotional connection and warmth, however, it’s not something I would recommend. Either way, it’s not a bad game, and it’s certainly an original one.