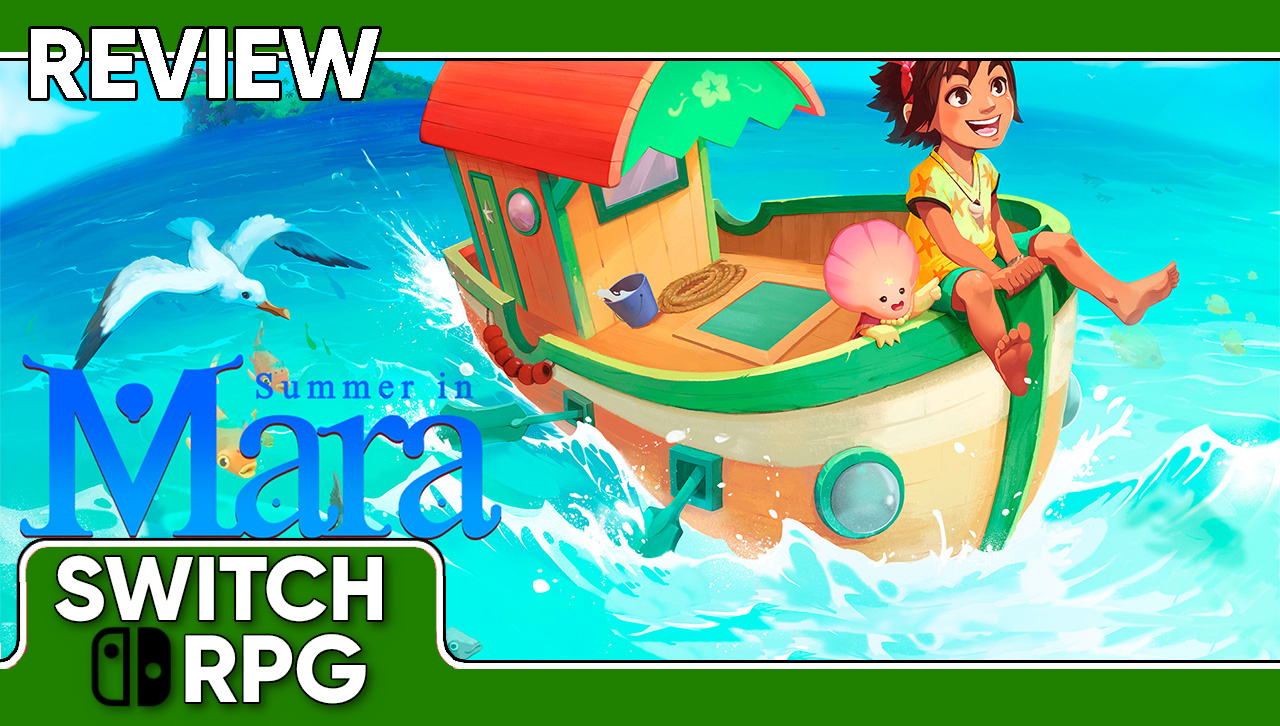 Making a story-driven game in a genre full of relaxed, play-at-your-own-pace titles, pioneered by games like Animal Crossing and Harvest Moon, is difficult. The open-ended nature of these games is at odds with a structured narrative, usually leading to minimal story (Animal Crossing) or multiple, bite-sized narratives, like in the older Harvest Moon and Story of Seasons games. Summer in Mara takes on the challenge with a coming-of-age tale in a beautiful tropical setting, but does it succeed in its mission, or fall short? 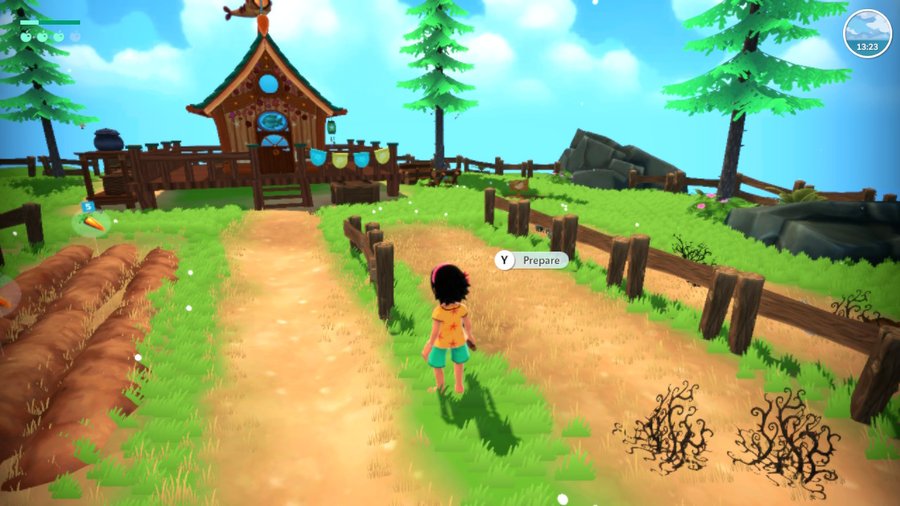 Home sweet homestead! Not pictured: the rest of your private island.

The story revolves around Koa, a young human girl who grows up on an isolated island with her “grandmother,” Haku, who is most decidedly not a human. Koa learns to respect the gifts and resources of Mara from her caretaker, though she often dreams about leaving the island and exploring the world. After these initial scenes, a time skip ages Koa up to about 11 years old…and Haku dies. Driven by deterioration of her island, Koa repairs a boat and sets off on her journey. As she explores, she will meet and help a large cast of colorful characters. 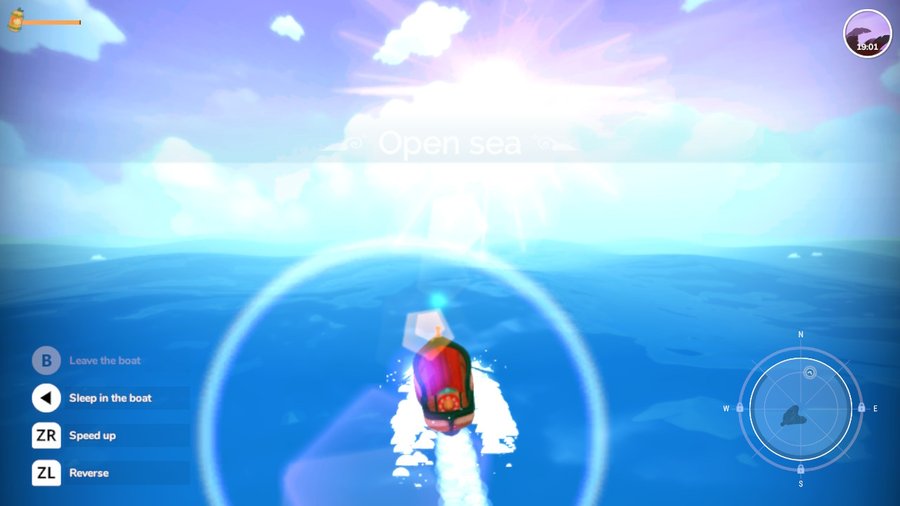 Sailing, sailing, over the Maran Sea! You’ll see a lot of this as you explore the world.

The NPCs all have their own stories and lessons to teach Koa about living life and caring for the planet. While never getting too deep or complex, the stories are enjoyable enough to encourage the player forward in their quest. The varied personalities of the characters help make the world feel diverse, although the shaky English translation can muddle a conversation every so often.

Koa’s Island provides several activities that have become standard in this genre: a small garden that provides up to 12 fields to grow crops, several sites for animal homes, trees with fruit, crafting stations, a small mine, and a few fishing spots. Throughout the game, she will return to gather these various resources to fulfill requests from other people. Sailing the sea and exploring new islands will also introduce new people, quests, and resources to Koa, many of which can be brought back to her home island. 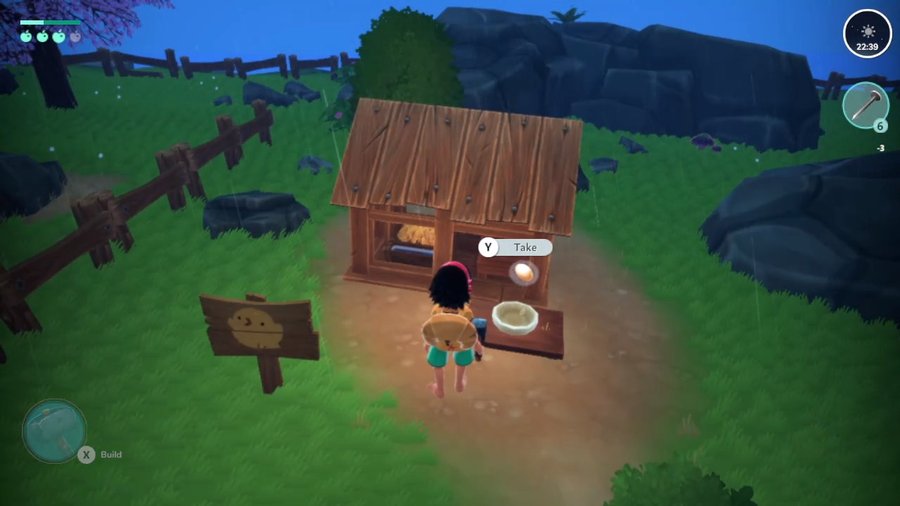 As per tradition, a chicken coop is the easiest first new building.

The emphasis is on exploration more than actually taking care of the island, however. Advancing questlines allows Koa to upgrade her boat and explore more territory, while tasks on the island are limited more to resource gathering or minor decorating. Trees can be placed on most of the island, and later questlines yield a decoration or five to place wherever you see fit. While the gameplay is satisfying in a “Zen” fashion, a few issues crop up. Although there are tutorials for the major activities, basic movement is mostly left for you to discover. This means that it’s on you to find out that there’s a run button that greatly hastens Koa’s pace (hint: ZR) — it took me several hours of play and a talk with another reviewer to discover this myself!

Mara’s pacing is a bit choppy overall. There’s very little to do between the start of the game and the point where Koa is free to leave her island. For me, this was about an hour of gameplay, and almost soured the experience right off the bat. The next segment was slow, but simply opening up another location greatly increased my enjoyment.

There is no doubt that the world of Mara is a colorful paradise. Most locations exude an infectious tropical vibe filled with palm trees, ocean, and colorful creatures, as well as humans wearing tropical getup, squid creatures with colorful skin, and bright flowers. The few locations that violate this rule become more powerful in their contrast, especially the ones that are different for story reasons. Koa adds to this vibrant environment by being, well, an 11-year-old child. She can receive several cute outfits and backpacks from quest rewards which can be swapped at will, and every wild creature can be hugged, just as you’d expect a young girl to do. 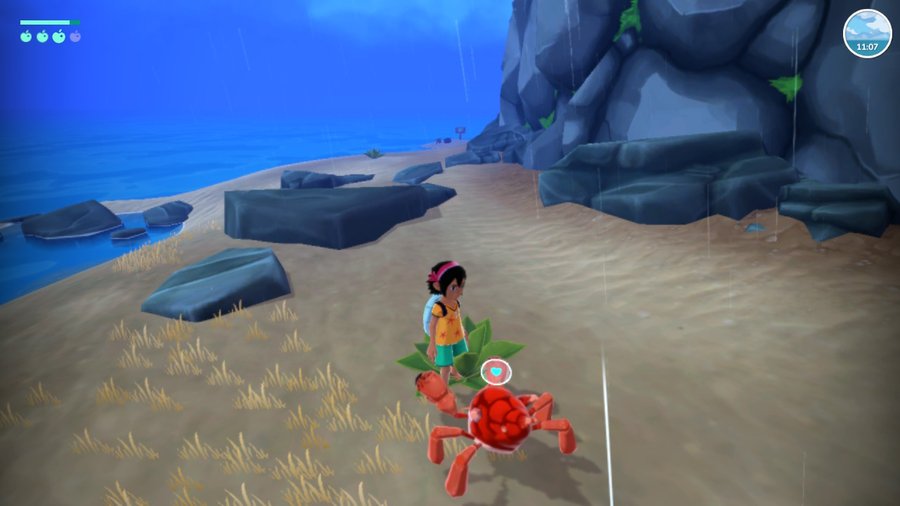 Yes, you can hug him too. He’s just a little crabby.

The first part of the game is, unfortunately, the weakest part. The scene setting and tutorials last too long, and there’s not much compelling you to continue other than the promise that things pick up later. Luckily, they do, and soon you get to enjoy a calm and meditative world that stands in sharp contrast to even other games in the genre. There is no rush on anything – your goals are defined, but you can make progress as fast or slowly as you wish; even unwatered crops simply grow slower rather than wilting. Much like the child protagonist, the drive to discover new things is the only motivation given or needed to push the player on. I doubt that anyone not already on board with a non-competitive, play-at-your-pace game (like Animal Crossing) will get much from this title. For the rest of us, Summer In Mara is a good title when you want to kick back, relax, and just be a kid again.

Guest editor. 3 and a half decades of gaming and still haven't found the perfect game. Maybe the kids will? Twitter: @CRMagic