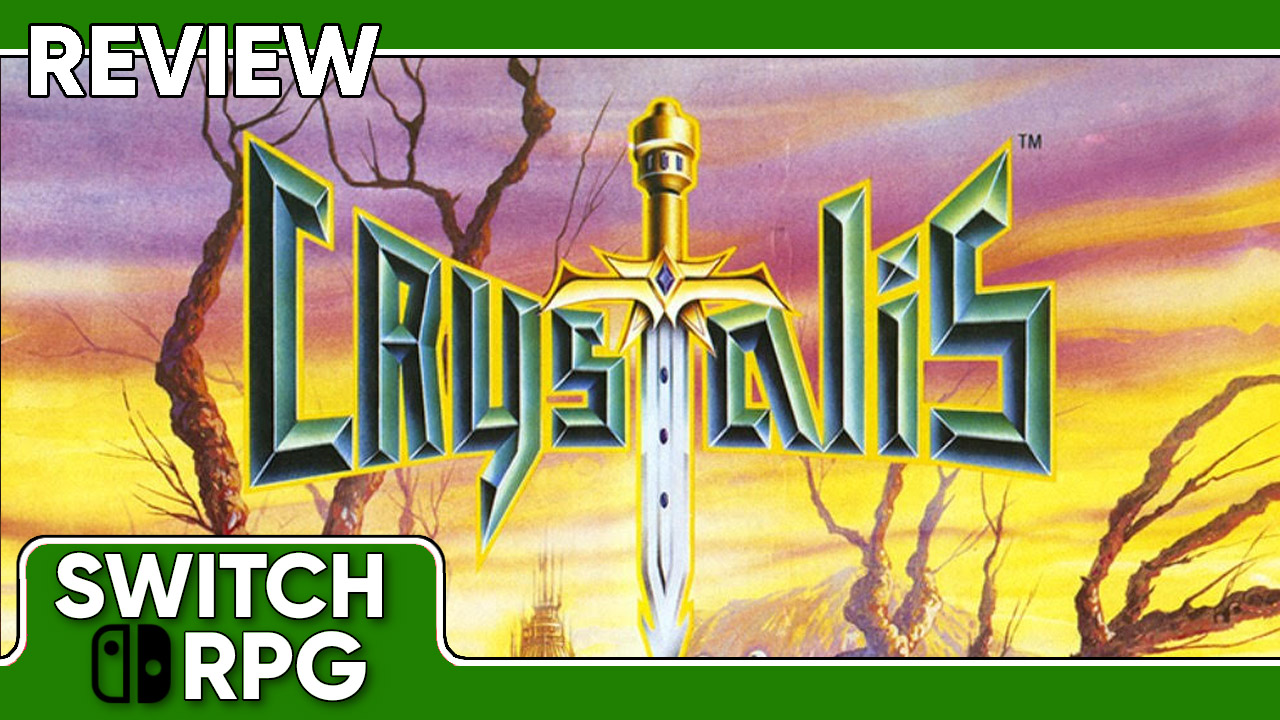 The SNK 40th Anniversary Collection consists of a slew of classic retro titles from the studio dating back to the late 80s and early 90s. If you were a child of that era, you most certainly played one or many of these games yourself. While the entire library of games deserves its own review compilation, today, we are focusing completely on the cult classic NES action RPG title, Crystalis. 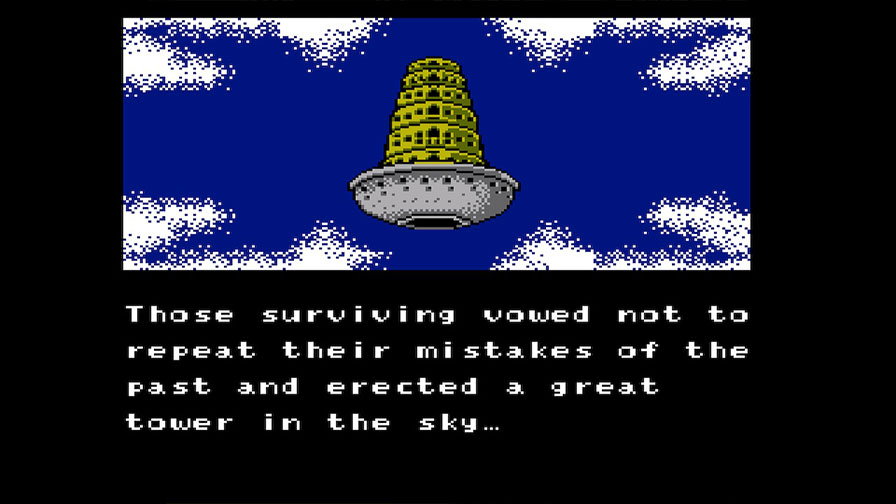 Crystalis tells the age-old tale of human nature at its worst. With the advancements of science and technology come the potential for corruption and destruction, which ultimately leads to an all-out nuclear war in the case of the game’s world. As a result, mankind resets itself to the most primitive of states and gives up the pursuit of the things that led to the fallout in the first place. A tower is erected in the sky as both a tool for maintaining balance in the world and a reminder of what happens when the heart of man is a little too self-motivated. Of course, leave it to humans to repeatedly screw up and never learn from their mistakes, with the honors in Crystalis falling to one Emperor Draygon. If left unchecked, he will ascend the tower and rule the world as he sees fit.

Our unnamed protagonist starts the adventure with a serious case of amnesia, much in thanks to being fresh off a century-long cryogenic sleep. Fortunately, you remain pointed in the right direction with the help of a few sages and an old friend. Your objective is to collect four elemental swords, combine them, and defeat Draygon before history repeats itself. Crystalis uses a blend of sci-fi and medieval fantasy in its setting; something that can be appreciated by almost any nerd out there. 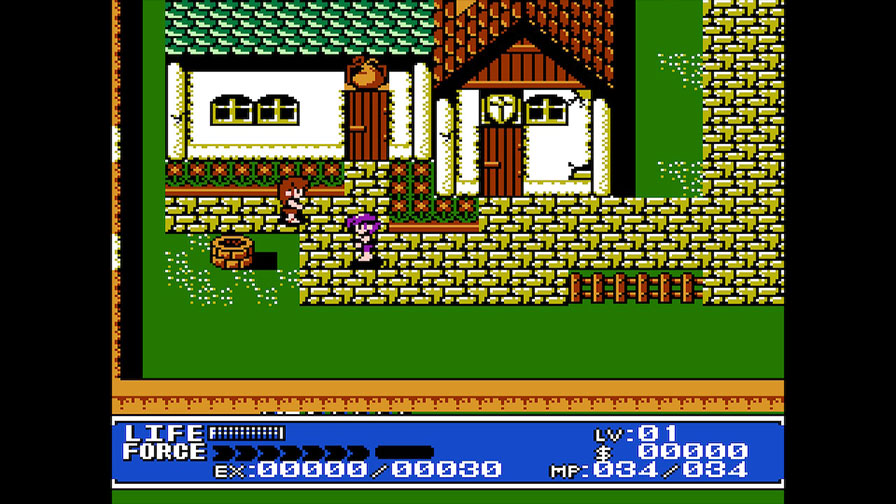 Crystalis is an action RPG similar to the original Zelda, with the main difference being its eight-directional movement in comparison to the four directional input in Zelda. It had the privilege of being a middle of the pack release during the lifecycle of the NES, meaning the developers could take full advantage of scrutinizing previous works in order to really hone in on a solid formula. And despite not being the most popular game upon release, Crystalis has posthumously earned the respect of many an RPG player due to its excellent take on the subgenre. In fact, it is arguably one of the best “feeling” action RPGs to release on the system.

The emphasis on “feeling” is intentional, as some might prefer the design of a game like Zelda over Crystalis for a few reasons. Whereas in The Legend of Zelda you could tackle dungeons in somewhat of a disjointed fashion, Crystalis follows a more linear path due to its level-up and equipment systems. Although it is common for a game of this nature to present bottlenecks in progression that require specific tasks or gear beforehand, Crystalis takes it a step further by requiring your level to be high enough to even do damage to an enemy, and that’s if you have the proper weapon equipped as well. Be prepared to grind a bit, but thankfully the combat is easy to pick up and master. Just don’t be surprised if you hit a spot where you have to grind a level or two, or find a specific item before progressing again. As is the case with most games of that time, you may not always know what to do next, so here is a word of advice: speak with the townsfolk TWICE, because many of them will have more than one thing to say to you.

The version of Crystalis in the SNK collection features a rewind tool that allows you to reverse the sands of time in a Braid-like fashion, which is extremely valuable if you don’t necessarily care about experiencing the game in its original state. It can save tons of time by eliminating mis-used items, unfortunate deaths, or simply traveling to the wrong area, but use it at your own discretion. It is not a necessity by any means, but definitely lowers the barrier of entry to those not accustomed to what a 30 year old game expects from you. 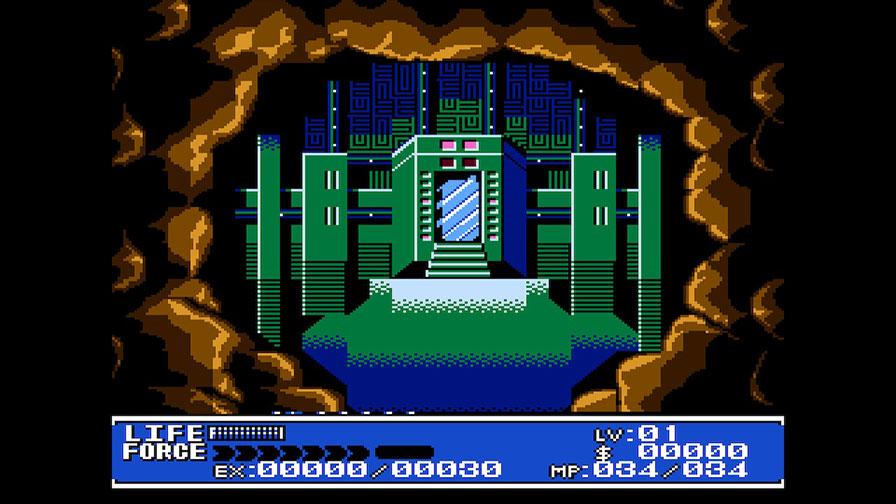 Crystalis exudes the 8-bit goodness we all know and love, right down to the glitchy strips of terrain that appear right as you’re beginning your journey. Other aesthetic tidbits include the changing of your appearance when you equip new armor, a rarity in a game of its age. And if you really want to kick it old school, you can throw on the CRT scanline filter and slap an arcade-like border around the screen for added nostalgic feels. If you’re a handheld kind of Switch player, you might fancy playing it in vertical mode as well. Additionally, Crystalis features one of the best soundtracks from the NES era, with Leaf Town and the World Map themes front-running the expedition. Although technical limitations of its original design mean that occasional slowdowns are inevitable, it more or less runs as if you were playing it on an original NES console.

Being able to play Crystalis from the SNK Collection on a modern console is pretty great. It is easily one of the best action RPGs from the NES era, though you may not want to invest in the collection itself based on its presence alone. Make no mistake, it is a game from a time where zero hand-holding was commonplace, so it is not going to be the easiest for those accustomed to a more info-heavy, on-the-rails experience. However, that is where the rewind feature comes in handy if the underlying principle of it doesn’t ruin the fun for you. There are tons of games in the SNK Anniversary Collection (Guerilla War is one of my favorites), with more coming as free DLC in December. But keep in mind that Crystalis isn’t the longest or most infinitely replayable RPG out there, so RPG exclusive gamers will want to consider that before taking the dive into the SNK 40th Anniversary Collection.

This game is pretty much the only reason I’d want to buy the SNK collection. I can make do without the other games, but having only tasted Crystalis’s gameplay in the past and loving it, I find myself very tempted to pick the entire collection up for it alone.

In that case, I would not recommend purchasing it for just Crystalis alone. But if you can find it on a sale, then you should absolutely take the plunge.

I’m a big NES Pal collector and have been for 30 years but as this never got a European release I’ve missed out on it. Just picked up the SNK Collection for Switch and looking forward to finally get to try this out.

You should have a lot of fun with it!