We don’t have to make the trek to Hell to know what it’s like any longer – Skelly Selest sends us on a delightfully painful journey, straight to the depths of Hell. As a sturdy, well-calcified vessel of the Selestial Order, it has fallen at your metatarsals to save all of us earthly mortals by stemming the flow of the hellion tide. Beware, the depths of Hell are filled with an unyielding and fantastic tide of evil-dead hellspawn, Lichemancers, and Deamonica Netherlords. I hope you have the guts for this wretched journey – we’re a little short on them around here and it’s quickly becoming a nightmare. 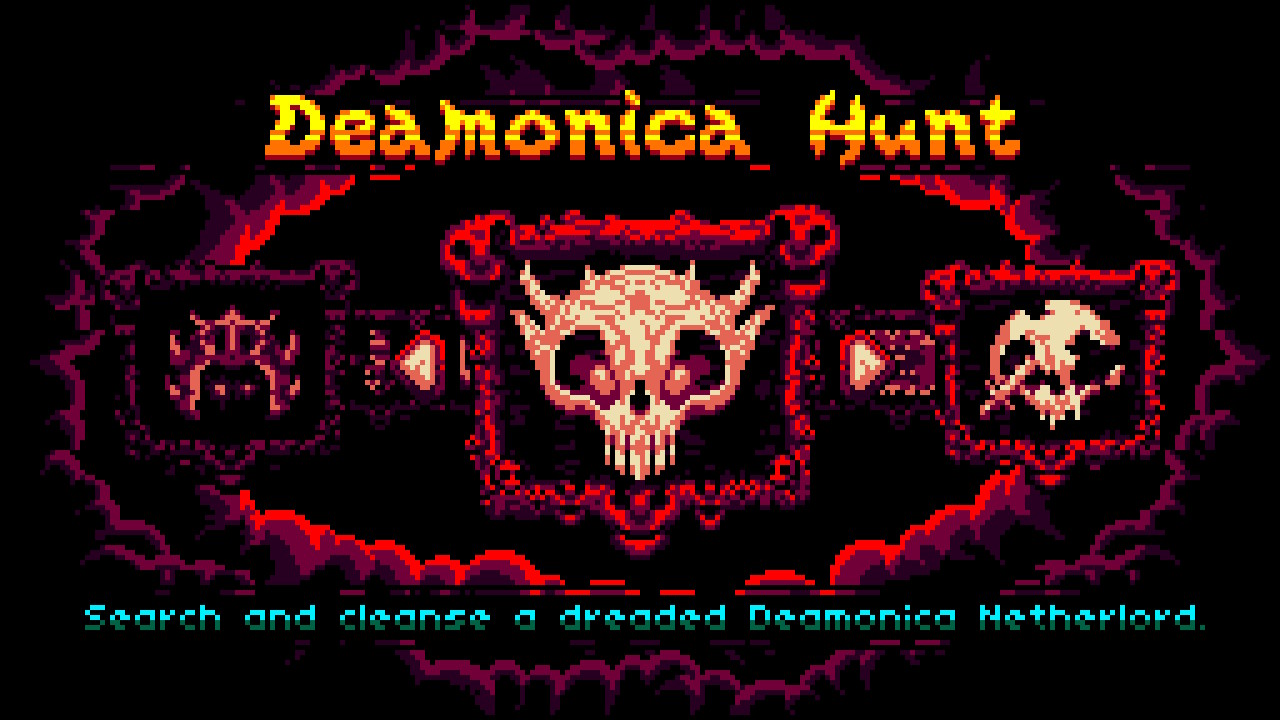 I’m quite surprised at the number of ways you can play Skelly Selest in essentially the same manner. Evade/shoot enemies, don’t die, rinse and repeat. Skelly Selest feels like it is filled to the brim with content. Armed with your bone-supporting actor, you will take on a variety of game modes which includes a homage to Isaac in the Dungeon Pilgrimage, an endless wave mode in the Necrotic Colosseum, and a bout against the end bosses in both of the hunts. Skelly Selest doesn’t stop there – it also comes loaded with a card game, Clashful Cards, a boss-rush mode, and trials so hard that they will make your skull hurt. If you absolutely cannot decide which difficult task to start with, then perhaps Fortuity Destiny is for you! This randomizes every unlocked game mode after each death. Truthfully speaking, none of these modes are easy at first, so good luck with whatever you decide. 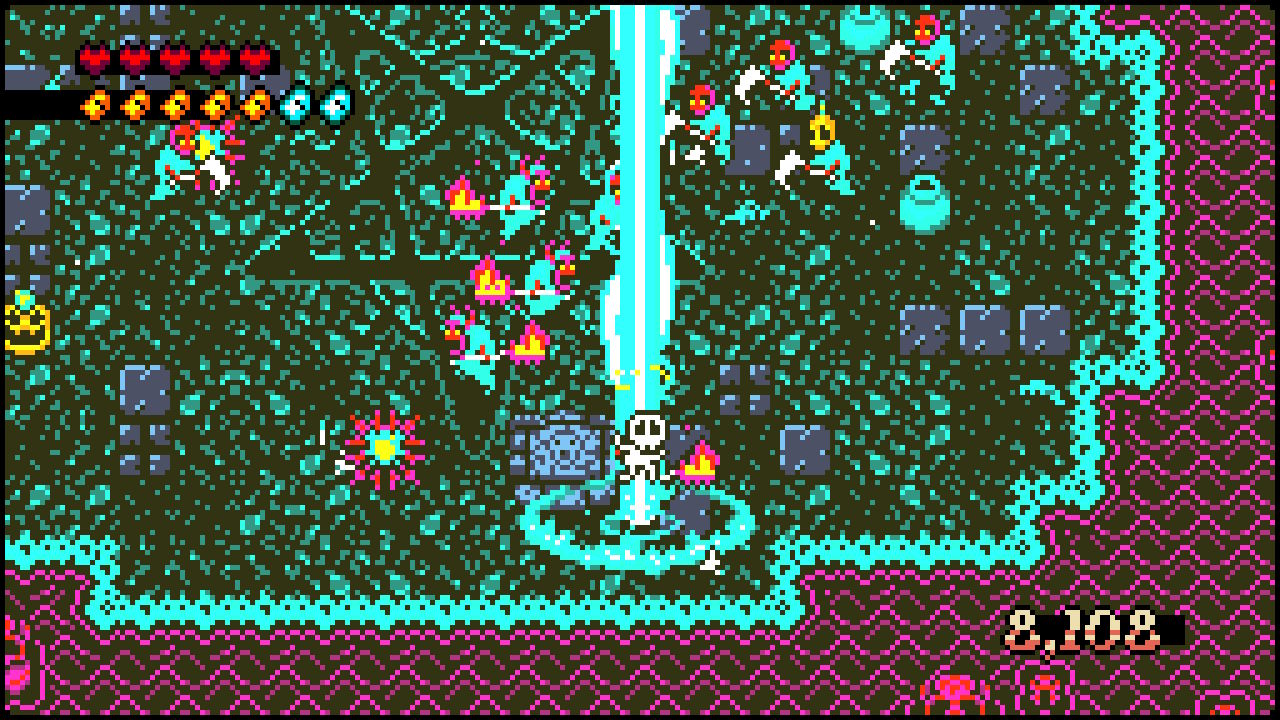 Skelly Selest is a rogue-like through and through. It’s a little light on RPG elements for the sacred hallows that are SwitchRPG, but we’ll let that slide. While there are a large variety of game modes, they are all essentially played the same way. As a hollowed Skelly Knight of the Selestial Order, use your quick thinking and nimble fingers while wearing your best rabbit’s foot as you shoot, dodge, and dash your way to end level bosses, discover secrets, reach that last wave, and play your best hand. Basically, if you’re proficient enough you’ll make it to the next room, level, or wave. At that time you will be awarded one or more upgrades from a pool that only apply to that single run. There are plenty of upgrades to choose from to keep things interesting. In other words, trial, and error remain king in Skelly Selest. To spice things up a little more, there are a total of three different variations of each boss and each run – win or lose – is tracked in-game for you to share with all of your internet friends. 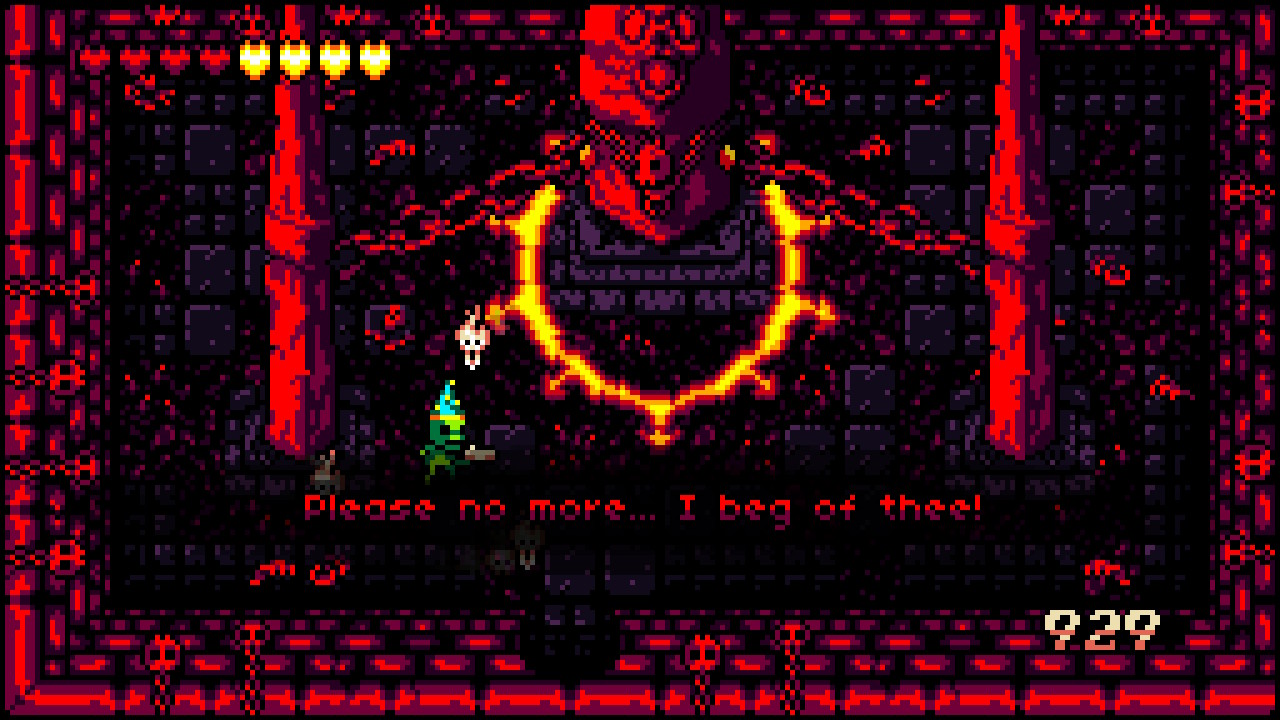 Yes, I said secrets, and there seems to be a lot of them in Skelly Selest. However, you wouldn’t immediately know they are secrets by their appearance alone, and Skelly Selest surprised me in that regard. You have the option to change your character vessel – thy hollowed Skeleton – to six different Skellys. Each of these has a different attack which makes you change your tactics up quite a bit. Unlocking each requires seeking out the many secrets Skelly Selest has to offer, but I’m not going to divulge any of those here. You’ll eventually stumble upon some, but they are not very obvious at first. Even the vessel unlock text is cryptic, and it is hard to decipher what you need to do to obtain that specific vessel. There’s also a wide assortment of hats you can wear on any Skelly, but you won’t have any problems tracking those down. 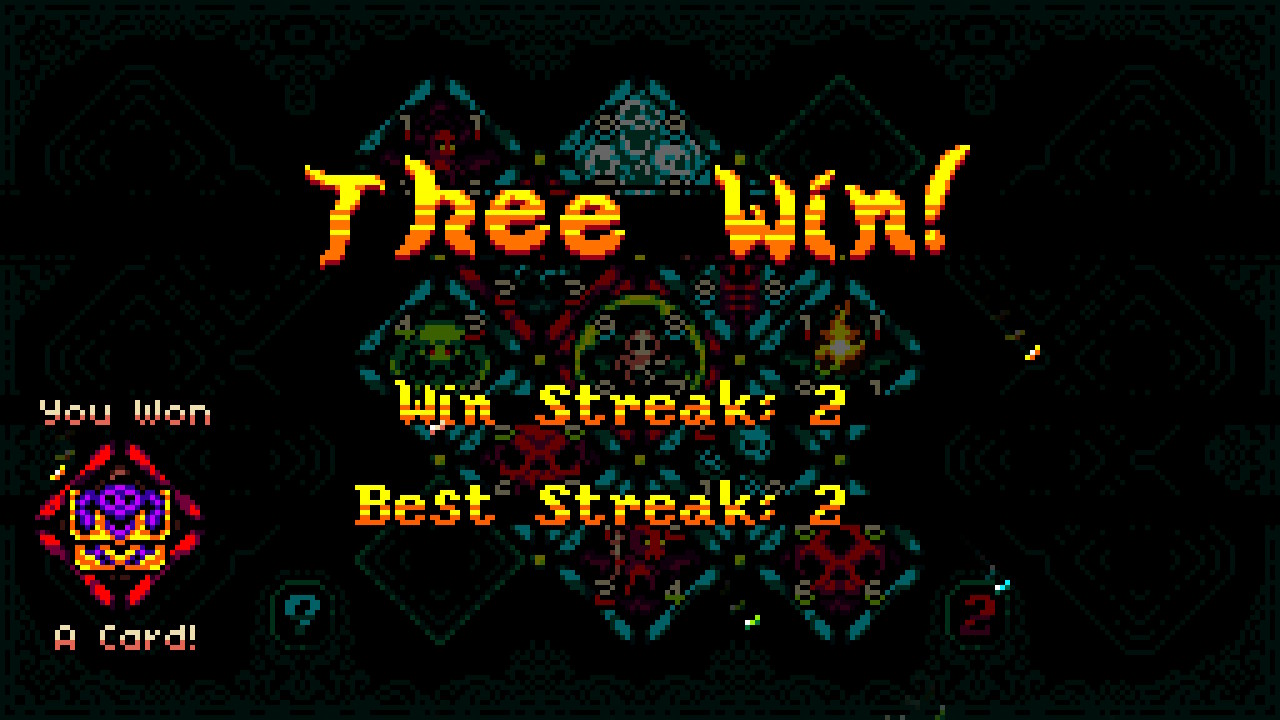 Cards are cool right?! Clashful Cards plays similarly to the Triple Triad mini-game in Final Fantasy. I thought Skelly Selest did a superb job integrating Clashful Cards with the rest of the game. By completing a variety of not-listed-here objectives, beating bosses, and generally kicking ass in all the game modes, you will obtain cards to use in the Clashful Cards. I haven’t unlocked it yet, but there does seem to be a vessel to unlock from playing Clashful Cards. May the RNG be with you! 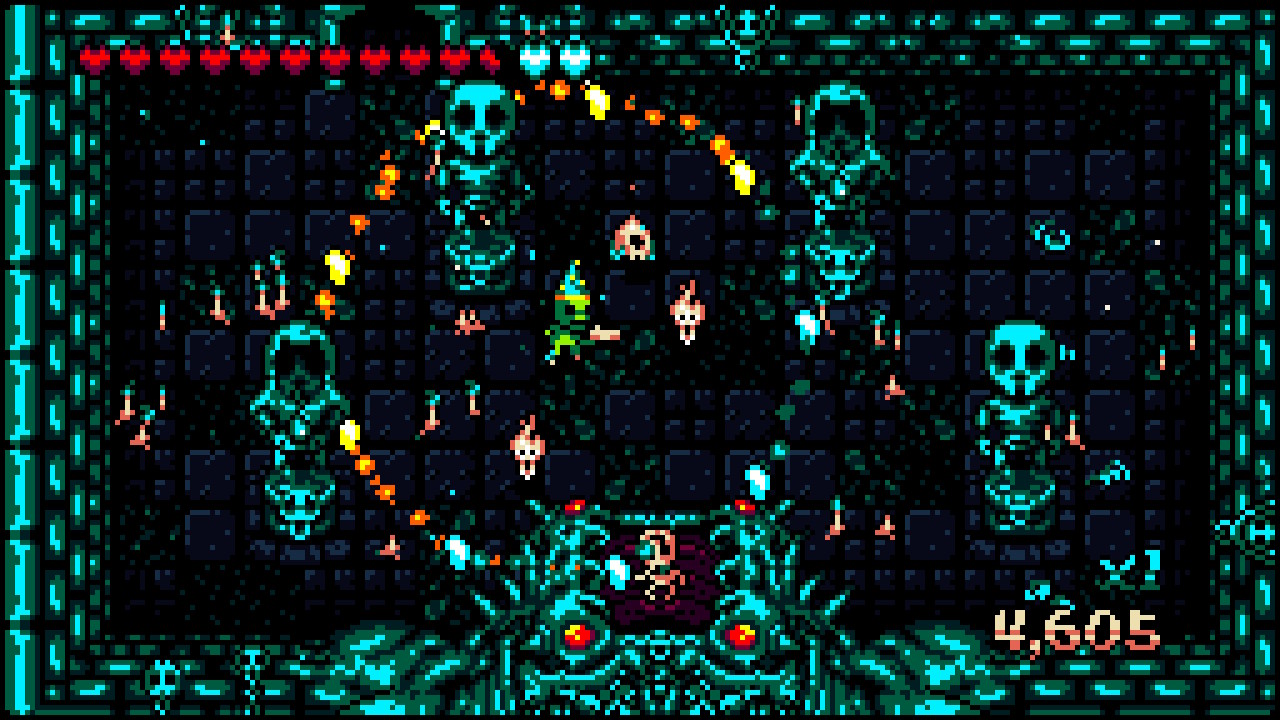 While I can appreciate Skelly Selest’s unique theme and style, I can’t help but feel that the game, as a whole, looks a bit muddied, and it doesn’t do the ideas that bore the game life justice. It’s especially apparent on the big screen, and I feel a little let down in the graphical department as a result. Certain things, like bosses, feel well done but the level design and most of the hellish monsters feel like they belong in a rainy mud puddle. 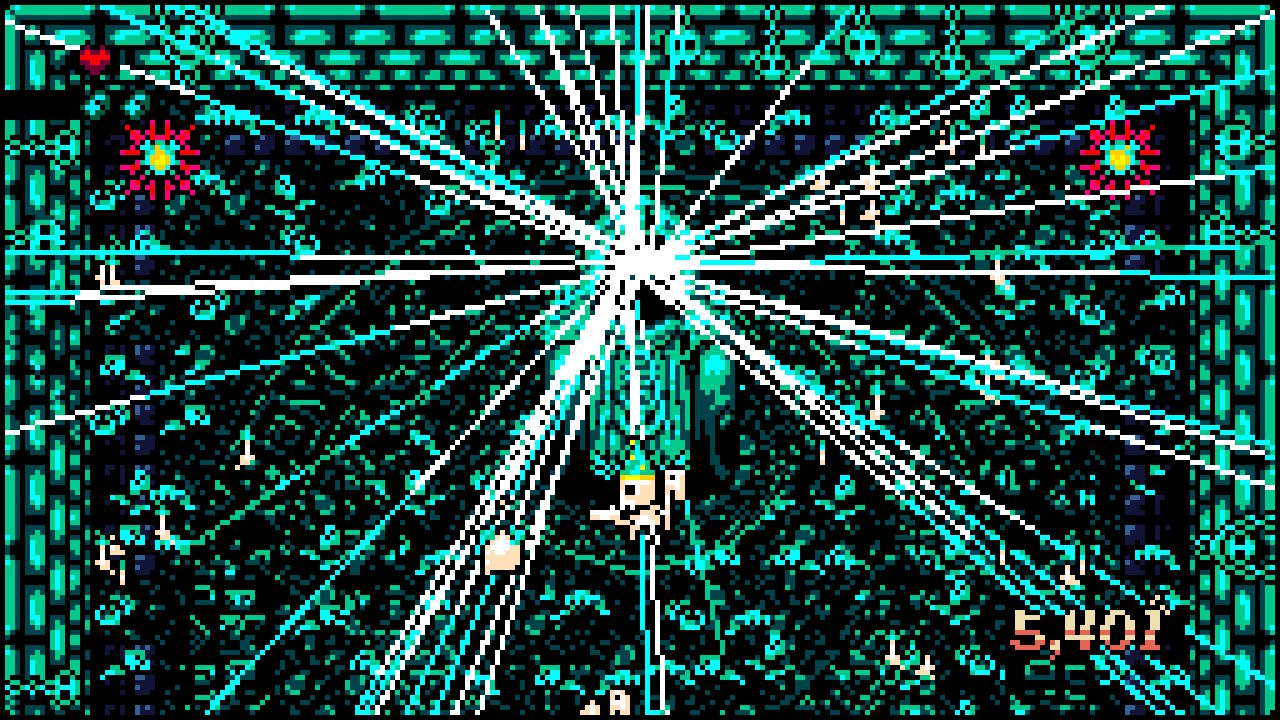 The audio tracks in Skelly Selest do not fit the game, period. While I have no bones to pick with the sound effects, the music tracks while playing the game absolutely, 100% do not fit our hellish-styled Skelly friends. I can get on board with hellishly dark levels, but not when the music says I should be out in a field farming my crops, or platforming my way to Bomb Man.

Bad To The Bone 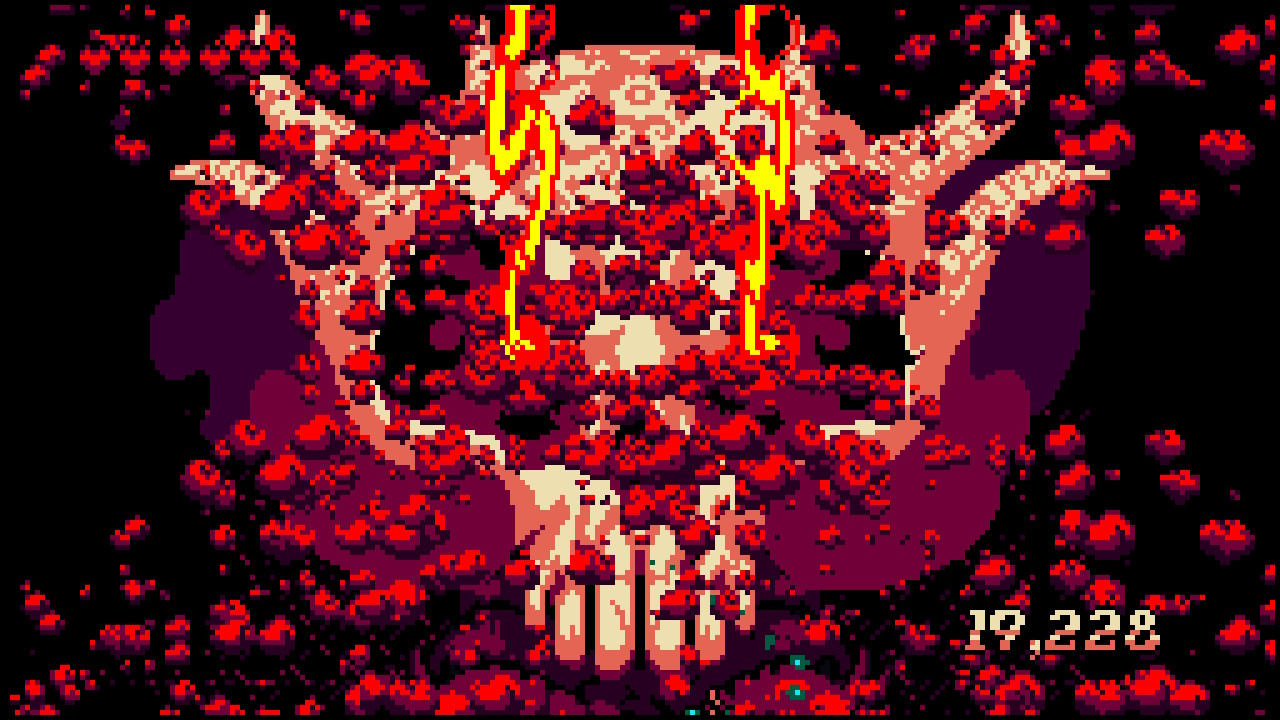 The main Skelly Selest gameplay loop is fun and there are a large variety of modes for all you rogue-like lovers to consume. It’s just a shame that some of the game’s mechanics are so poorly designed that they make you want to throw your Nintendo Switch across the room in a fit of rage. It’s almost like hell is actually being channeled through the Joy-Cons. I very much dislike the eight-way directional shooting that Skelly Selest offers. While it seems cool on paper, in reality, it just leads to bad situations which ended up in my Skelly’s demise. Enemies will approach from all directions, and what seems like a straight shot turns into a miss, resulting in you taking damage because the enemy was a “hair off” of one of the eight directions. With Skelly’s slow default swing and shooting speeds, missing a shot on an incoming enemy will, more often times than not, lead to you taking damage.

There’s also the quizzical issue of dashing and/or teleportation in Skelly Selest. You can dash your way out of harm’s way, which is highly useful except that you can’t dash through enemies or obstacles. I could let this slide, but even if you obtain the dash upgrade that allows you to teleport you still run into enemies and take damage. This just seems wrong from a player’s perspective, but I’ll let you judge that once you get into it and experience hell for yourself.

No Bones About It 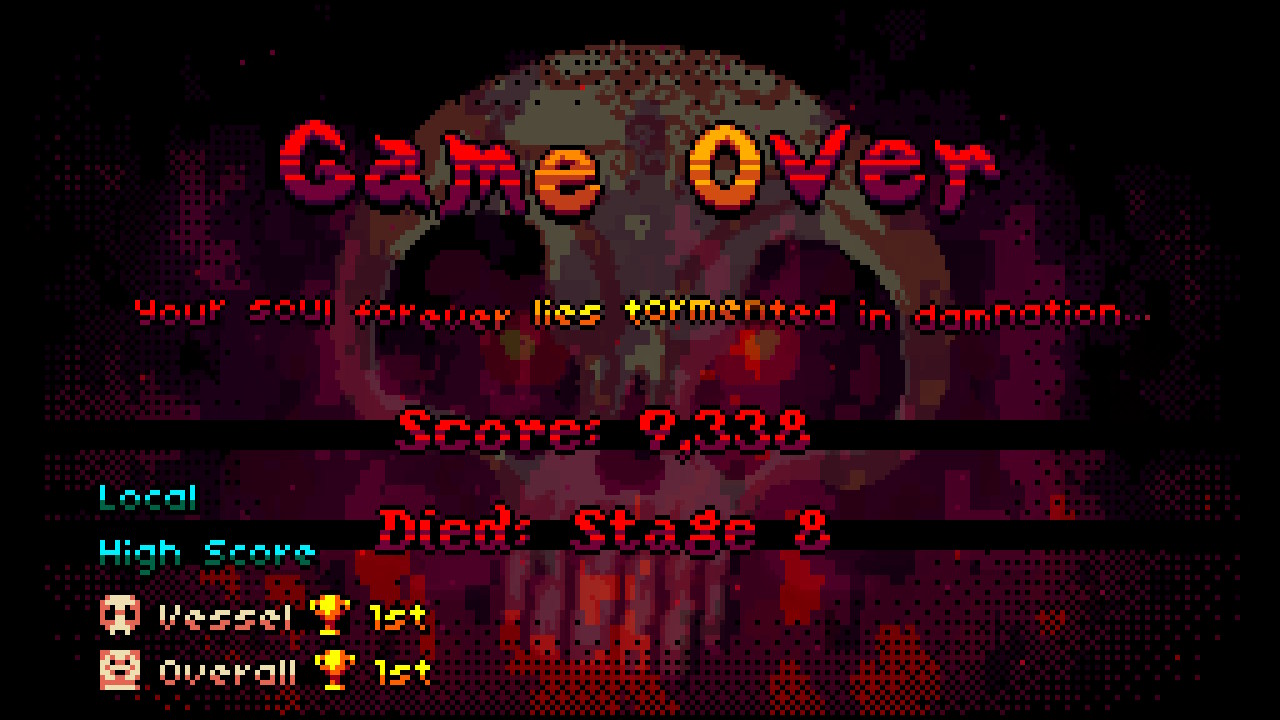 Skelly Selest could easily be a Good to Great game here at SwitchRPG if it wasn’t held back by simple game mechanics that detract from the whole experience. After about five or six hours, I knew the game well enough to start compensating for these shoddy mechanics, but that wasn’t ideal and it sure didn’t feel great. You could forgive Skelly Selest for some of these missteps if it was taking you on a gorgeous journey into the bowels of hell, but it’s not. As it stands, Skelly Selest feels like a title that should win an award for “most to be desired.” It’s fun as long as you can manage the directional combat mechanics, which should never be an issue in a game of this genre. Small gains are made with a variety of game modes, secrets, and powerful upgrades, but it’s just not enough to save Skelly Selest from eternal damnation.