Being a huge fan of action/adventure RPGs and old Zelda entries, such as A Link to the Past and Link’s Awakening, I was instantly intrigued by the news of Shalnor Legends: Sacred Lands coming to Switch. The platform already has some great top-down Zelda inspired games, like Blossom Tales, and while I wait for the Link’s Awakening remake later this year, I was looking for something to fill that void in the meantime. So, how does Shalnor Legends: Sacred Lands fare? Let’s find out. 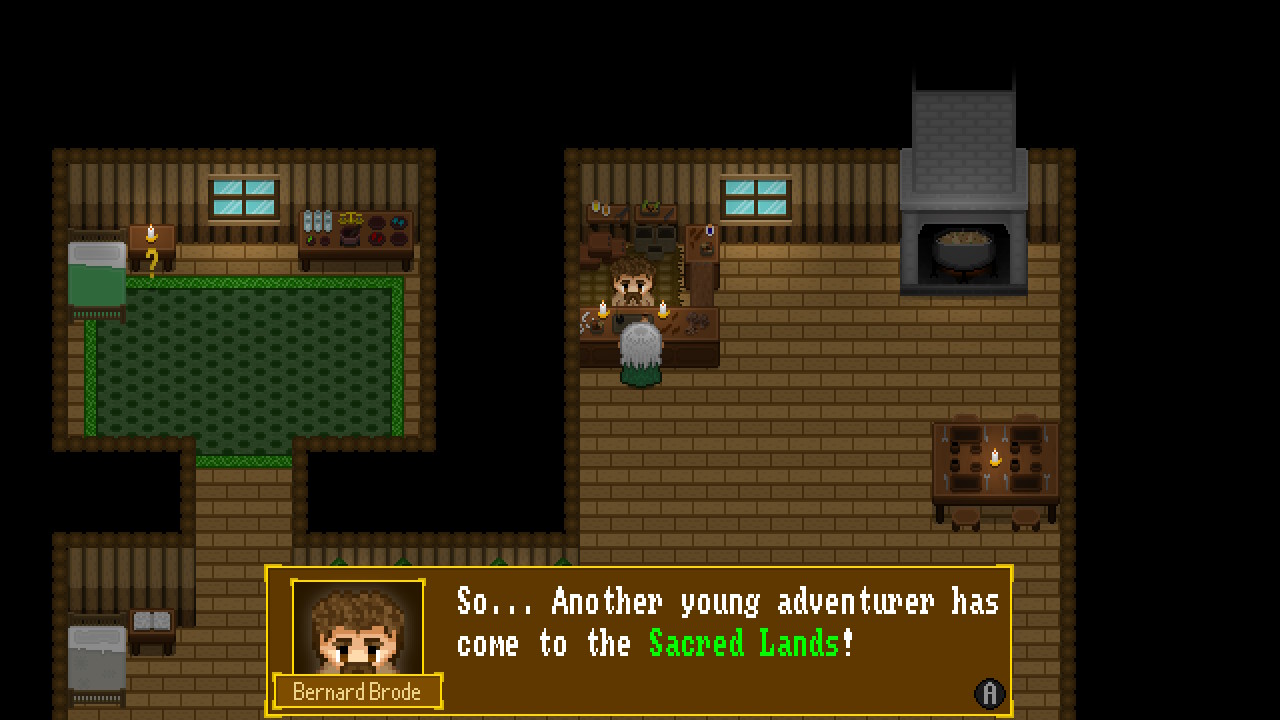 Shalnor Legends takes place in the Sacred Lands, where a young elf named Rynna is trying to overcome a mysterious trial that, unfortunately, is the only way to leave the land. Not even death will allow you to leave the sacred lands, as you will meet and interact with many apparitions, both helpful and hostile, whose demise was caused by the trial itself. Not everyone is dead though, as there are also some helpful individuals from the land of the living that provide context on what has transpired thus far, offer clues on where to go next, and where to find useful items.

As with many Zelda-inspired games, there is gear to collect, upgrades to unlock, quests to complete, dungeons to explore, and bosses to defeat. The Sacred Lands has an overworld which is broken up into areas which you can see via the in-game map. Fast travel becomes available as you explore, and after finding special tiles within certain areas. Each region has a distinct theme that is well done, varying from a desert early on to a jungle later, with the enemy designs catered towards these biomes. There are plenty of caves to explore (some optional) with puzzles to solve, rooms with obstacles you need to overcome, and areas where you simply need to clear all of the enemies. 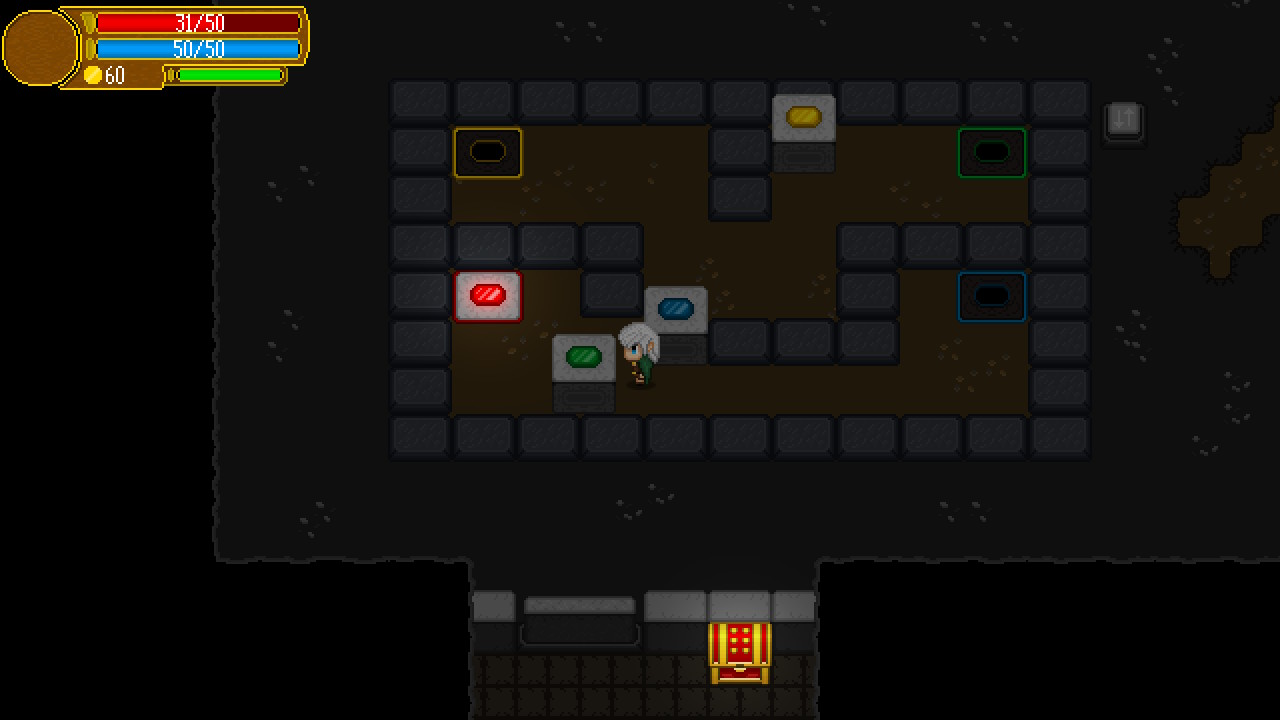 As you can tell, the game play is heavily inspired by the games that have come before it. You navigate the overworld, attacking enemies close up, or from afar with your bow. As you explore, you may find a chest with mana or life stones, and collecting three of either type will boost your mana or life by 10, respectively. The upgrade system requires you to find various materials and money, which are collected by destroying things, like grass, wooden barrels, and even enemies. Take the required items to the designated NPC and you can choose upgrades from a tree. Personally, I spent most of my time upgrading bracers so that my arrows would do more damage AND recover health as they hit, and eventually killed, enemies.

Saving is performed by sleeping in beds which are conveniently placed all over the land and in certain caves/dungeons. Make sure to sleep often, or you may find yourself having to repeat content more than you’d want to. In addition to beds, alchemy tables can be found that allow you to craft potions which restore life or mana. The number of potions you can carry at any time is limited by the size of your bag, which can be upgraded, too. 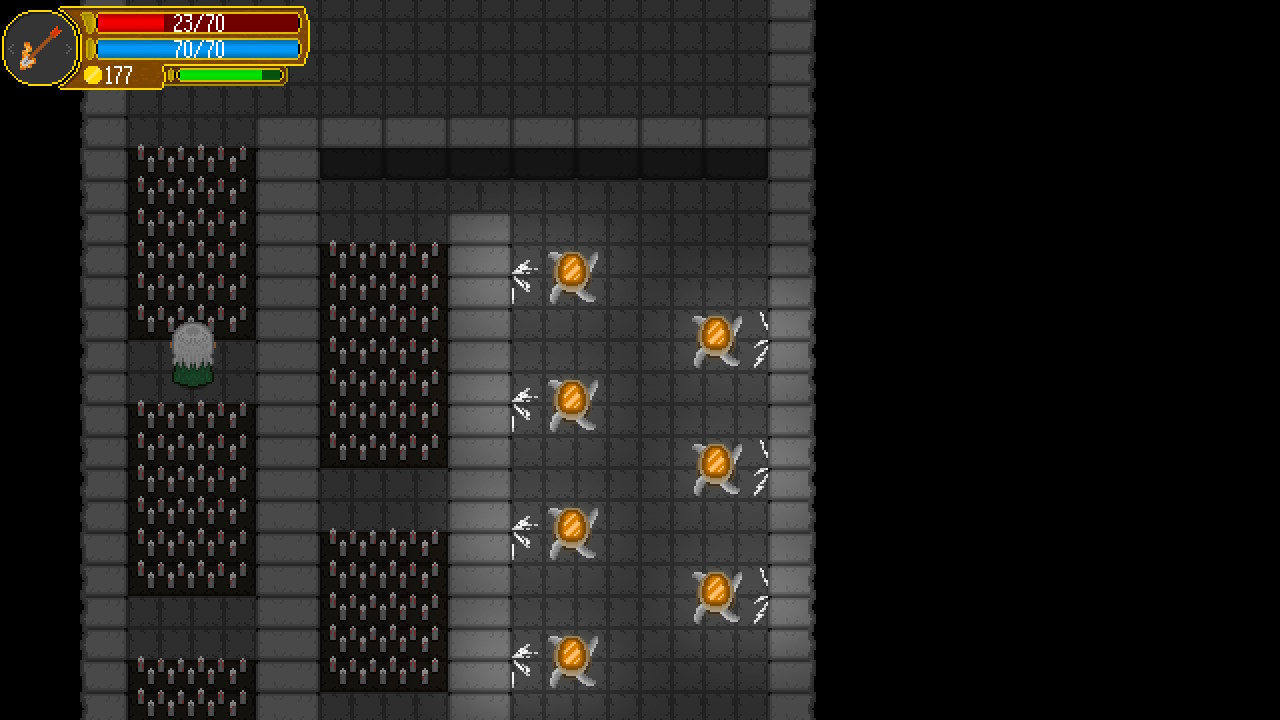 For a game that emphasizes dungeons and puzzles, both aspects become repetitive quickly. Many of the puzzles consist of moving colored bricks to their proper locations, or traversing rovers with lots of obstacles. These are fun at first, but can get boring later on when you realize they are all the same task. Some of them can be very tedious, and if you die, it’s frustrating to have to start them again from scratch.

In addition, grinding is required, especially when it comes to upgrades. Gold and materials must be collected in order to upgrade your character, but you can only hold so much at one time. This means you first must grind and collect money to buy a bigger wallet/provisions bag instead of working on character upgrades. Some of the upgrades require you to seek out a second type of currency as well. Other notable issues include occasional hit box problems, specifically on a couple boss fights.

Overall, I enjoyed my time with Shalnor Legends, which only took me around six hours to finish. I still have upgrades and collectibles to seek out whenever I feel like jumping back into the action. It’s a good game if you are craving a 2D Zelda-inspired experience on the Switch, though I would have preferred a little less grinding for the upgrade system. I would have liked to have checked out some of the other upgrade paths, but ultimately felt that they weren’t worth the theoretical time required to grind out their components.