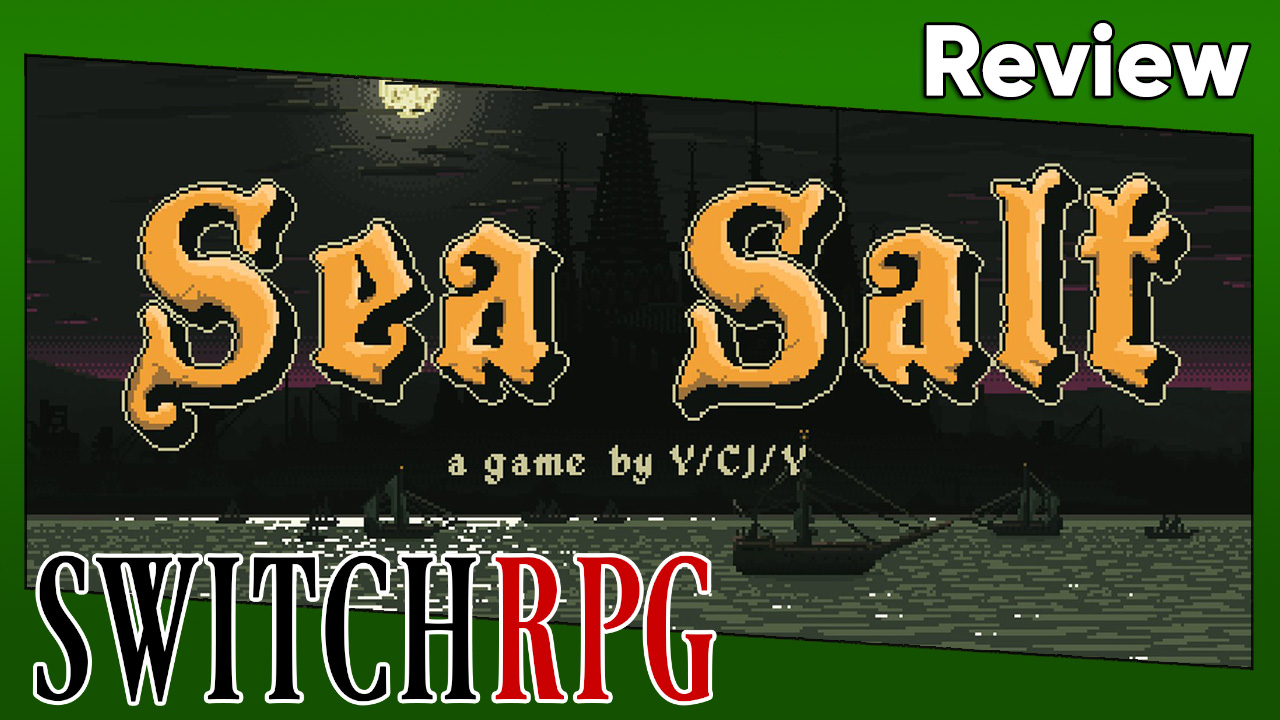 In many horror games, players are tasked to take up a role within a group of survivors to battle against the undead and otherworldly forces of hell, looking to preserve your lives against creeping, existential doom. Armed with arrows, shotguns, fire, and other defenses, you battle your way through endless hordes of increasingly grotesque abominations. Death awaits you often. At times, players will find themselves jumping from survivor to survivor, trying desperately to get just one person to safety. At others, they try to defend unarmed civilians who want only to flee and survive.

In Sea Salt, a small nation faces just such a threat. But the player, rather than taking on the role of the survivors, instead controls the demonic hordes. This flipping of the script sees the player constantly renewing their monstrous forces, swarming through villages, countrysides, and cities, seeking to enact their dark god’s judgement on an ungrateful populous. With such a unique conceit, I was excited to dive into this little indie title and see how well the developer, Y/CJ/Y Games managed to execute on their vision. 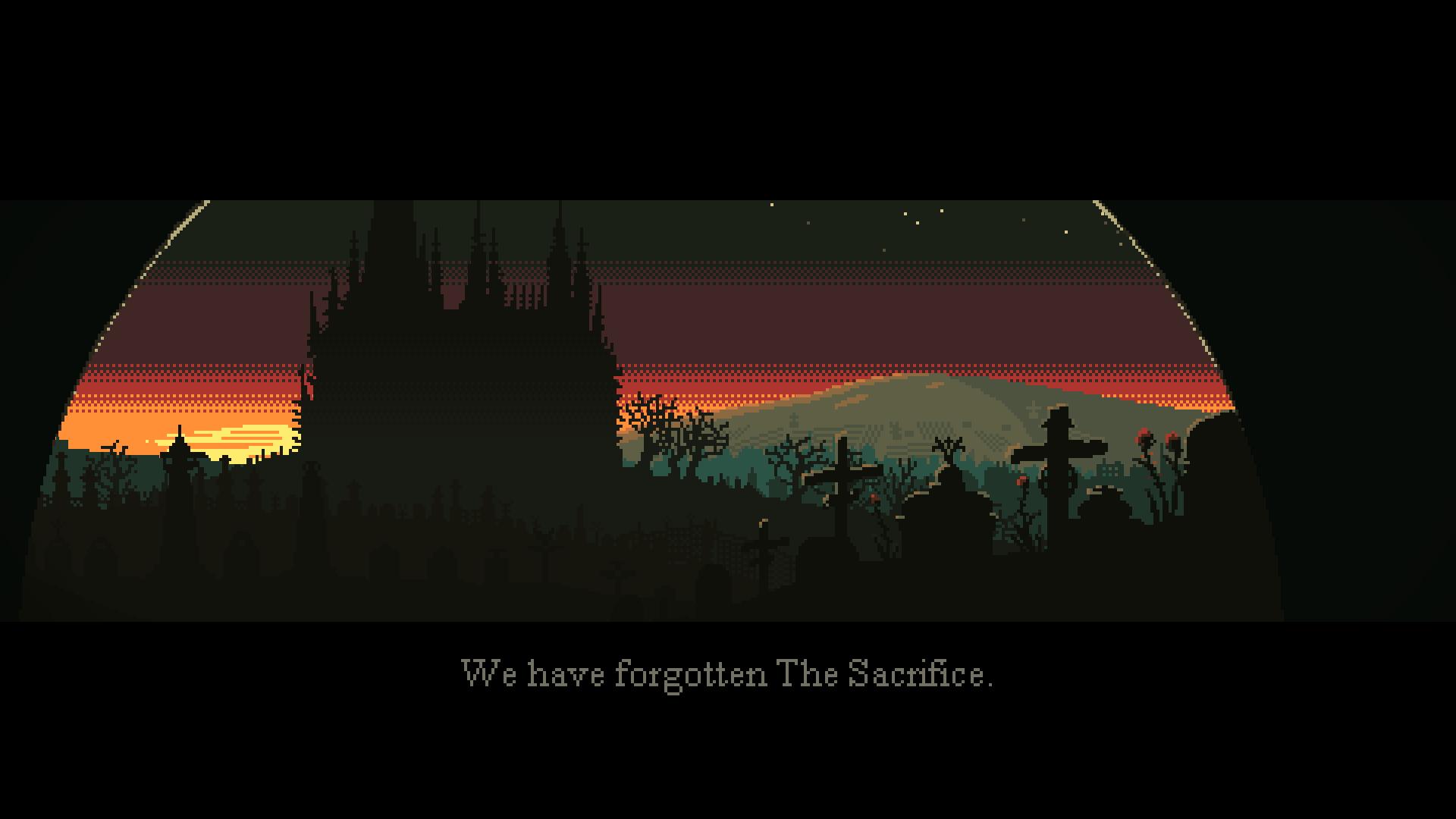 The dark god Dagon has-long blessed a sleepy, seaside nation with fair winds for their fishing vessels, content to grant their prayers in exchange for worship and sacrifice. A regular intervals, Dagon communicates with his High Priest, giving him specific instructions on what (and who) he desires as sacrifice. Men, woman, children, and animals are called by name and collected by the High Priests servants, then thrown into a pit to sate Dagon’s appetite. But one day, when Dagon asks the High Priest to offer himself as sacrifice the man balks. Surely his god must be mistaken. His work is too important to be cast aside. He is unwilling to part with his own life.

Enraged, Dagon unleashes his minions upon the country, seeking the High Priest’s blood. The game starts with the player in control of their first batch of Dagon’s minions, a swarm of worm-like creatures crawling onto the deck of a fishing vessel and picking the crew to pieces. As the horde makes landfall and begins moving across the country, individual levels are interspersed with cutscenes of the High Priest’s efforts to manage the country’s defenses – and hide the reason for Dagon’s rage.

The game is presented with simple pixelart and sprites, with a gothic style that perfectly matches the game’s story. Dialogue is delivered with muffled, incomprehensible voices over written text, and the game’s soundtrack resonates with the overall bleak tone. None of the tracks are particularly memorable, but they each accomplish their goal of setting the atmosphere. Sound effects, meanwhile, are sharp and visceral, whether it be the moaning of Dagon’s creatures, the chattering of crustaceons, screeching of cats, or the incoherent ramblings of his “prophets.” 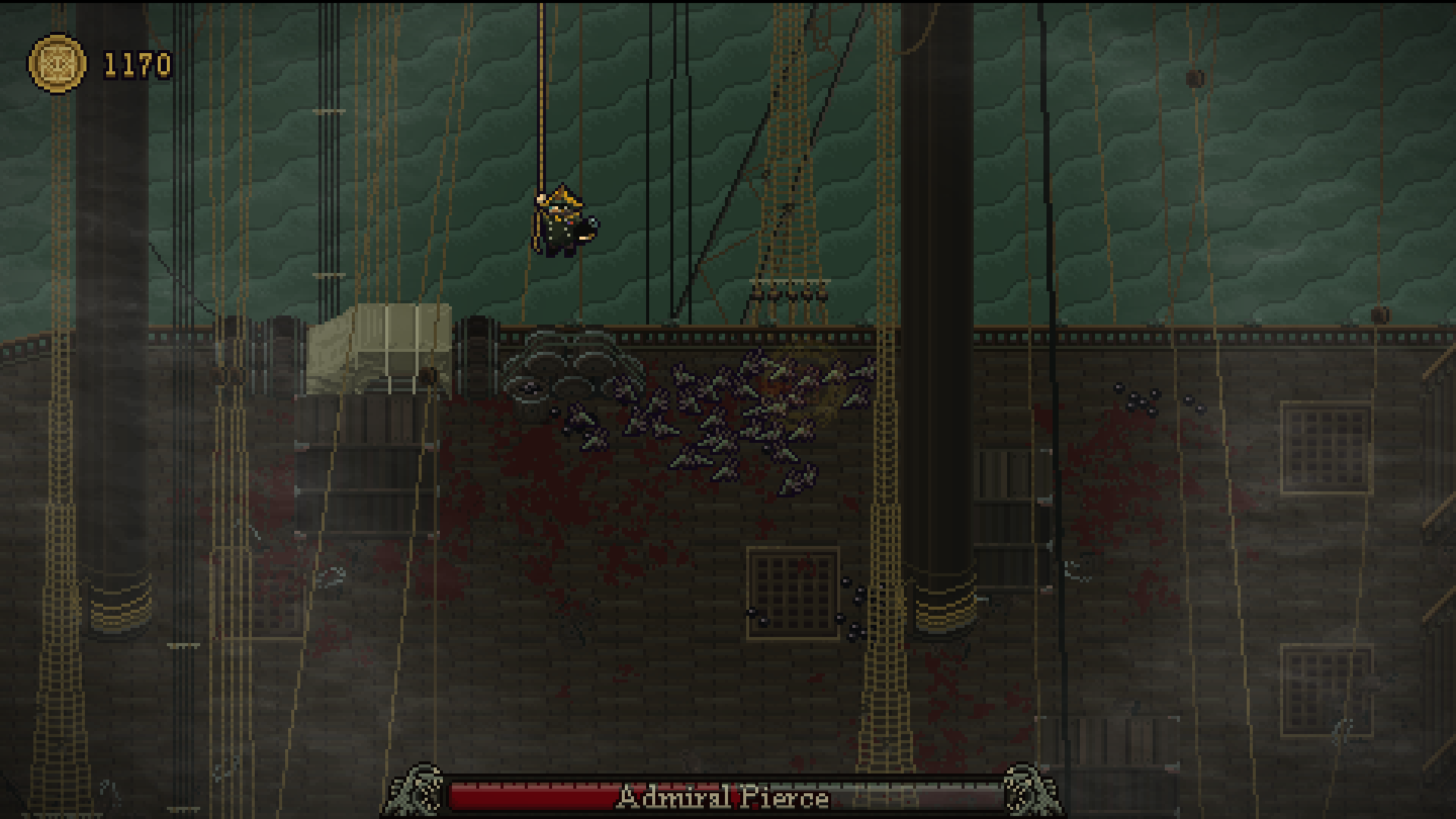 To control your mass of vile minions, the player simply moves their intended center of mass around the map. Different minions move at different speeds, so some may lag behind the group, and players will need to be careful how they navigate to ensure the AI tracking for each minion keeps the group together. Minions will automatically avoid some hazards the citizens put in front of you, including fire, so long as the player is not attacking – though this system doesn’t always offer protection. Other attacks from citizens, including shotguns blasts, canons, and arrows will still hit regardless of the attack status of your horde.

To attack, players need simply hold down a single button, and each creature you control will chase after and swarm the nearest humans. Each minion comes with their own strengths and weaknesses. Crabs are heavily armored and protected against fire and shotgun blasts, but have relatively low attack power. Acolytes move quickly and attack at range, but have few defenses. Other minions come with more customized abilities, including the lich, who will raise the dead to fight on your side, or black cats, who can leap short distances quickly to surround dangerous enemies. In all, the player can unlock 16 different types of minions, who can be summoned periodically from altars or from gathering enough coins from your enemies.

Another key attribute of each minion, beyond attack, defense, range, and special abilities, is their respectful terror rating. Humans will run in terror if your horde gets too close to them, forgetting their weapons temporarily as they try to escape. Different monsters on your team have the higher capacity to induce fear, giving you a wide range of protection from attacks. Acolytes, who appear as simple, robed humans, have very little terror, but others, such as madmen, will send huge groups of humans running. Bosses and special, high attack demon hunters who appear throughout stages are often immune to this however, forcing you to adapt your tactics. 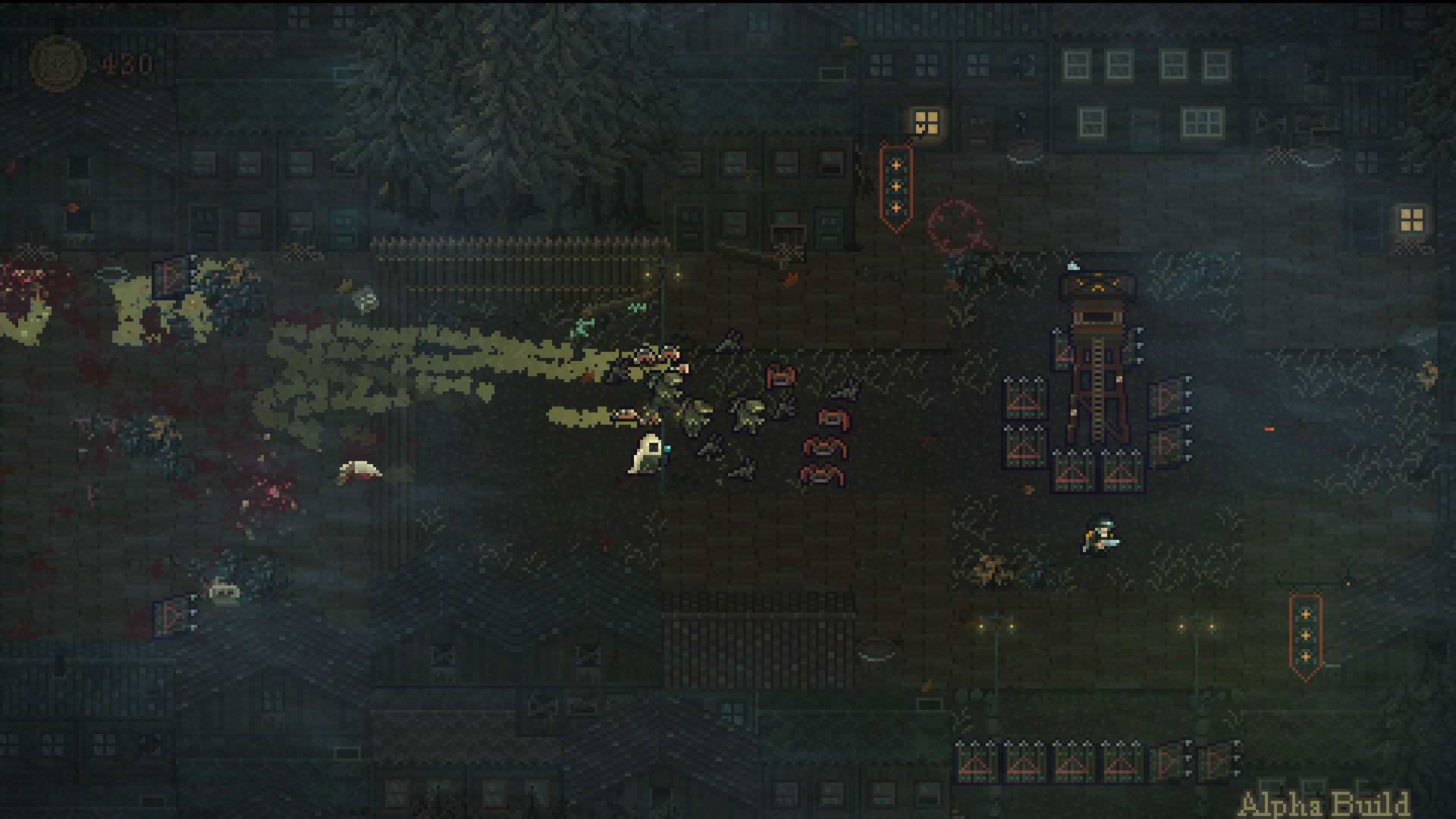 While the core mechanics of the game are solid and fun, Sea Salt doesn’t do a great job keeping balance from level to level, or even moment to moment. At times, you’ll find your horde overwhelmed and overpowered, eking out an existence and barely scraping by. At others, you’ll charge through human after human, building up a massive army of monsters and gaining momentum as the level progress. Unfortunately, it can be hard to mitigate this effect with any real strategy. No single level in the game felt like it was designed around a certain set of minions, laying out a potential strategy for players to unearth and then utilize to gain an edge.

As such, I often myself having to adapt my summoning on a moment-to-moment basis, trying to keep my horde alive as I faced off against the humans right in front of me. Many times, those same minions that kept me alive would be woefully outclassed by the next set of humans, making it difficult to gain any kind of momentum. While it was only in the later levels that this spelled certain doom for my horde, this trend was still a constant source of frustration and tension that hurt my enjoyment of the game.

Sea Salt is a unique game with a simple and unique design philosophy, but ultimately lacks the level of depth and strategy necessary to make it a truly remarkable experience. While there’s some enjoyment to be found in the gameplay and aesthetic, the game also comes with some level of frustration and monotony as well.

i liked it, wish there was a physical version.