When it comes to being accessible, puzzles games have a sort of universal appeal that makes them hard to resist. The simple language of matching a certain amount of colors and hitting a certain number of combinations is simplistic, but addictive. There are numerous variations on the match-three puzzle format, though a familiar face to the genre is Puzzle Quest. This variation on the formula has been around for more than a decade, and this installment seeks to bring the enjoyable puzzle format to the Nintendo Switch. Does it end up feeling like more of the same, or is that enough to satisfy a puzzle fiend? Read on and find out.

For those unfamiliar with the Puzzle Quest brand of gameplay, it is very similar to the now-near iconic Bejeweled- which, if you don’t know how that is played, is a match-three puzzle title. Players are able to move one colored tile per-turn in order to match a set of three, though if they should be so lucky, they may end up scoring more due to clever positioning, perhaps creating a row or column of four, or even a unique “T” or “L” shape. The other, less-predictable method of matching is via cascading- when tiles end up matching after others are cleared beneath them, causing a “falling” action that results in new combinations. Cascading is particularly difficult in Puzzle Quest due to certain skills, and another very specific element, which we’ll touch upon in a moment. 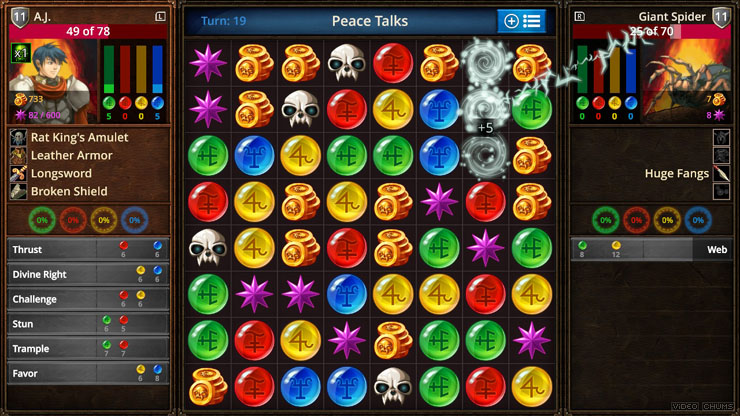 The more unique, role-playing elements in Puzzle Quest come from matching three skull tiles in order to deal damage directly to an enemy, who the player is competing against throughout each match-three board “skirmish.” If an enemy’s health bar is reduced to zero, then congratulations! You’ve won the match, and will be able to scrounge up whatever spoils the enemy offers, whether it’s experience, gold, items, or any combination of the three. The enemy can also match skull tiles to hit you back during their turn, which is the primary reason setting up specific cascades is a bit more difficult in this version of the game. You can’t plan ahead all that much if the enemy gets an equal opportunity to screw said plans up. This isn’t the only way of ensuring victory, however. Matching three or more symbols of any of the other colors will add to its respective mana pool. These mana pools can be used to cast certain spells and abilities, some of which can destroy certain amounts or types of symbols on the board, buff damage output, and inflict status effects. Of course, this is all heavily reliant on which class you end up choosing.

Puzzle Quest offers a number of character class types, each of which possessing their own equipment preferences and skill progression. If you’re looking for a tougher challenge, the game telegraphs how approachable each class can be, which is largely determined by how useful their skills will be throughout the experience. Usefulness is often defined by how often you’ll be able to utilize a skill in battle, often depending on their mana pool requirements.

Gameplay is not just centered around turn-based puzzle matches- there’s a fair bit of map traversal that you’ll need to do, and while you will sometimes engage in the occasional random encounter, this traversal is meant to get you from one location to the next. The world map is simply a guise for a number of sub-menus, each being a town or other location that has a set of quests to select from. By completing certain narrative-based quests and others, you might unlock new quests somewhere else. Finding these can be a bit of an issue, and though the prospect of having a massive list of 300-something quests might sound appealing, these are more or less just different puzzle board encounters with modified rulesets- the rulesets, of course, being the abilities and characteristics of the monsters you are fighting.

When it comes to match-three puzzle games, there’s not much one can expect from a title, and Puzzle Quest keeps its aesthetic aspirations… tame. The game uses a number of stock character portraits to communicate its plot and dialogue, and though some feel vaguely Fire Emblem-ish, others have stylistic differences that leads to a bit of visual inconsistency. In regards to the board, however, all of your information is very well-telegraphed due to the simplistic fonts and stark tile colors and shapes. Again, if you’re here for the gameplay, you aren’t going to find much issue with what’s being presented here. 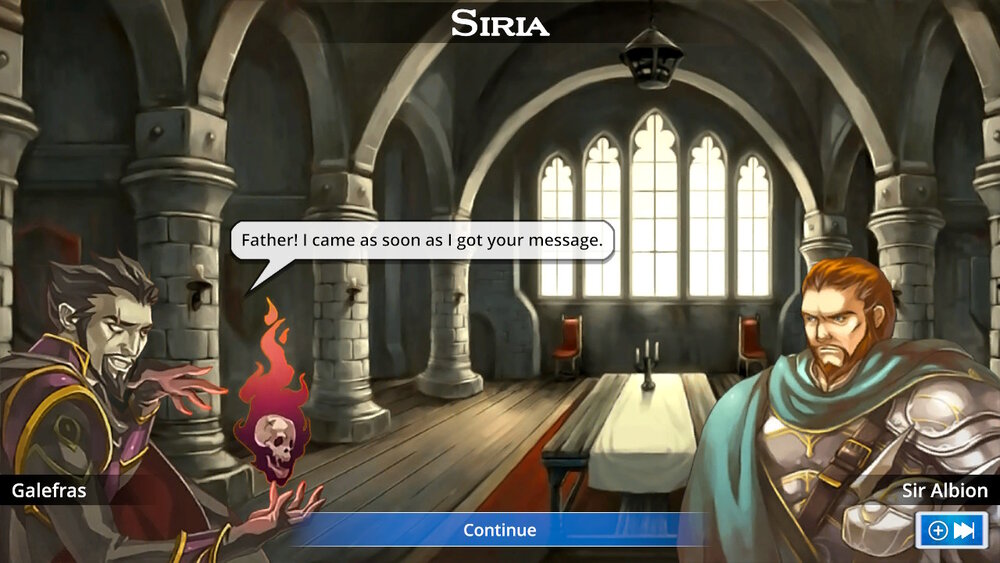 In addition to the generic fantasy veneer, you also get a fairly rote fantasy plot. To get into specifics regarding the story would feel like a waste of time, as it’s not even remotely engaging enough to distract from the core puzzle gameplay, only shepherding the player from one location to the next. There’s rumbling of imbalance in a time of peace, and as a promising individual of varying class, you are sent to figure things out the only way you know how- by way of match-three turn-based battles.

It feels dishonest to rag on the narrative and aesthetics of this title, but these are designed to melt into the background when playing Puzzle Quest. Music is present and serves its purpose as a fantasy-themed purpose, but outside of these details, there’s not much to say. Just stare at those jewels and get lost in the puzzle strategy.

If you are into match-three titles, Puzzle Quest offers a fairly traditional experience. As a fan of Puzzles and Dragons, I was initially put-off by the slow pace and highly limited nature of each turn, but it also heavily heightens the suspense of each battle… especially if you’re under-leveled. It’s always a tug of war between grinding out unwinnable puzzle scenarios until you’re overleveled, and then steamrolling your way to victory. But to complain about this aspect of an RPG is slandering the genre as a whole. If match-three puzzles are your thing, you can put on your thinking cap and navigate your way through a number of these boards, eking out victories when you can. Puzzle Quest is one of the more unique blends of gameplay genres, and it’s worth a look for that alone. But if you play RPGs for the story, art, or music, there are better puzzle games out there on the Switch, even with the amount of content on display.