Pong Quest, apparently, is “an adventure 48 years in the making” – or that is what the Nintendo eShop description would have you believe. If it took them 48 years to slap some basic RPG mechanics onto the classic game, then well done, mission accomplished, and we can all go home. Is Atari attempting to cash in on an old school retro game with just a fancy wrapping and a colorful cast? Possibly, but perhaps Pong Quest truly delivers on this epic adventure premise with new types of balls and something called “The Spooky Door.”

There’s only one way to find out. 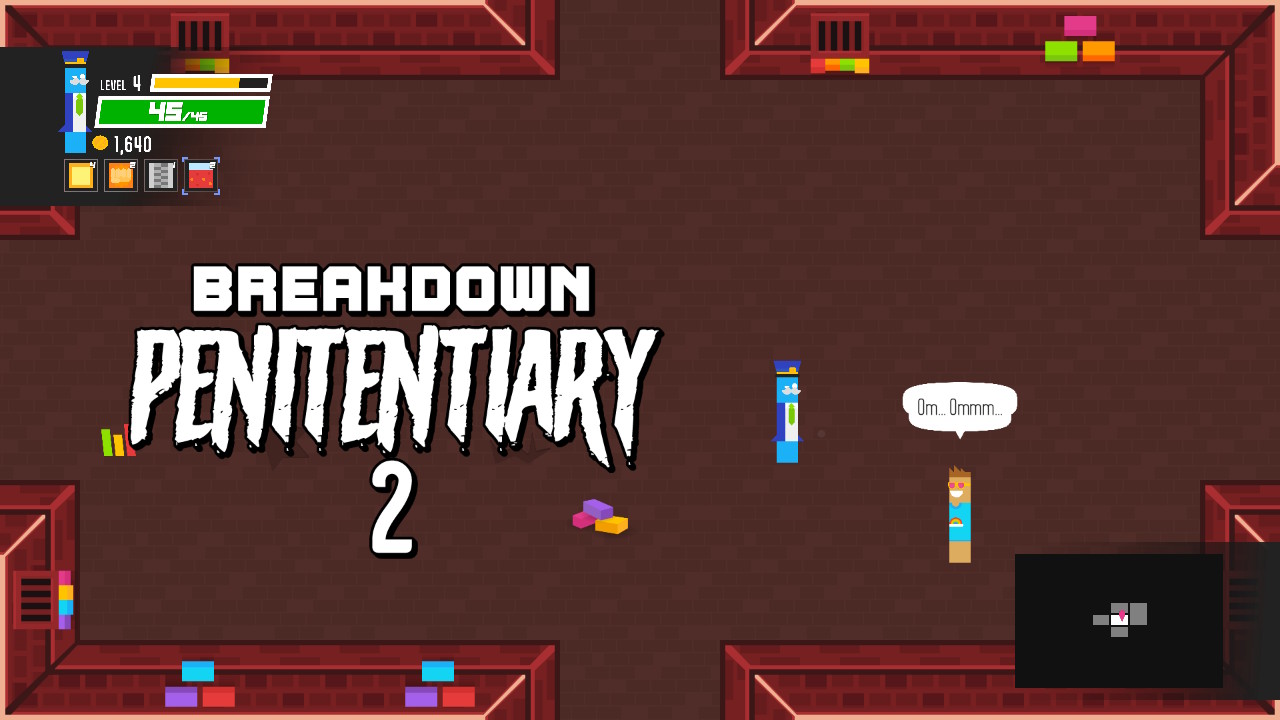 In the main “Quest Mode,” Pong Quest is played by exploring a series of multi-leveled themed dungeons in a top-down view. While exploring these dungeons you’ll encounter enemies which you’ll have to defeat in the not-so-rousing game of Pong. Pong hasn’t changed a whole lot since 1972, and this game doesn’t look to up the ante by that much.

Each themed dungeon has four different levels. To traverse these levels, you must find that portal which will teleport you to the next one in the series. Once you reach the 4th level, you’ll have to discover the location to the boss key and the boss door. Upon taking the boss key to the door, you’ll enter a Pong battle with the dungeon’s boss for the highly sought-after “orbs.” This is basically Pong Quest by the simplest, in-a-nutshell terms, but thankfully there is a little more than meets the eye here.

Pong Quest mixes things up a little bit with 58 different types of balls, 84 hats, 37 player skins, and 46 player accessories. Wow, that is a lot! Too bad it only makes a minor difference because in the end, Pong Quest is still “just Pong.” Your pong paddle will level up after you gain enough experience points, allowing you to choose an upgrade perk out of 3 random choices. These could be anything from an increase in ball carrying capacity, to an increased chance to acquire more clothing items from battles. These features are easily some of the best aspects of Pong Quest.

As you explore the dungeon levels and run into the dungeon occupants, you’ll constantly be thrust into Pong battles – enough to put you to sleep, even.  All the dungeon crawling, ball types, and stat increasing features in the world still can’t change the fact that it’s all, again, still Pong, and what Pong Quest has taught me is that playing Pong in 2020 is not all that thrilling. Most of the dungeon-crawling battles can be bypassed till you reach later levels, making the whole thing feel like a charade. It’s not until later that Pong Quest starts locking you into rooms and forcing you to battle it out. 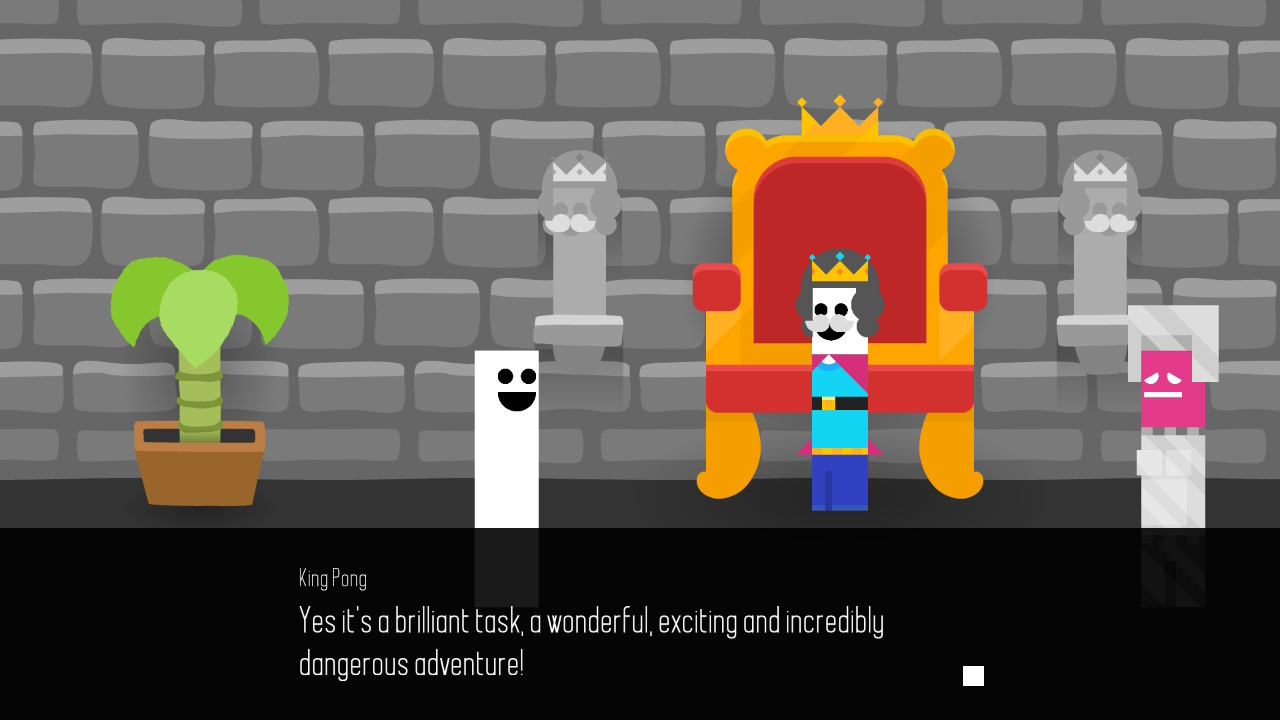 The storyline in Pong Quest is just as over the top as its aesthetics. All of the Queen’s subjects have been driven mad due to a weird and creepy door, ironically called “The Spooky Door.” Alas, The Spooky Door cannot be unlocked without first acquiring 4 precious orbs, which have been stolen away by those crazy subjects. Enter you, the young and strapping paddle who has been given the task of retrieving all the orbs and fixing whatever needs to be fixed behind the ominous Spooky Door. It’s really hard to determine if the Queen is legitimately crazy, or if the orbs are actually driving people mad. There’s only one way to find out; by slogging through a lot of Pong games. I have no real complaints about the story, however, because it’s lighthearted and fun. 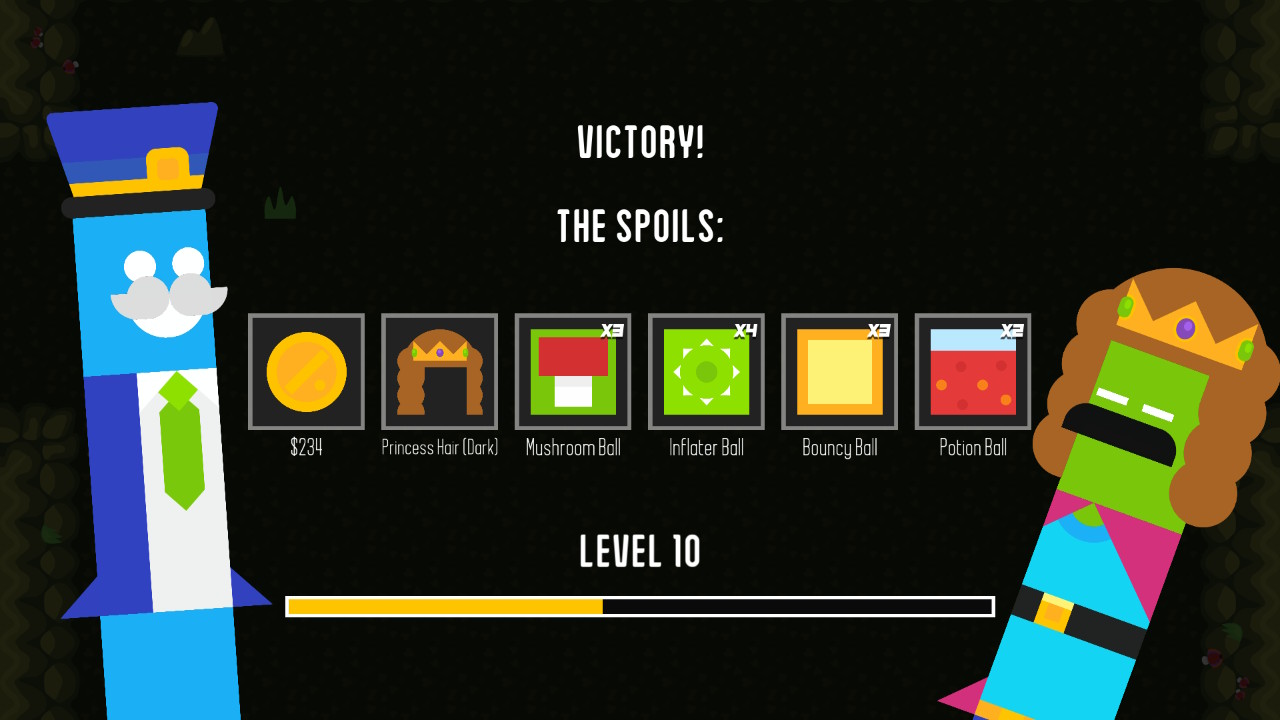 Pong Quest is done in a sort of a comedic tone. Everything from the ball types, skins, and looney characters are over the top in a playful way. The game is themed very well, and everything looks, feels, and sounds like Pong Quest. While it won’t knock anyone’s socks off, and might be considered ugly by some, it’s not bad either. The numerous skins, hats, and accessories are pretty inventive and make it so you don’t look like “just another Pong paddle.” Looking like just another Pong game is exactly the opposite of what Pong Quest needs. 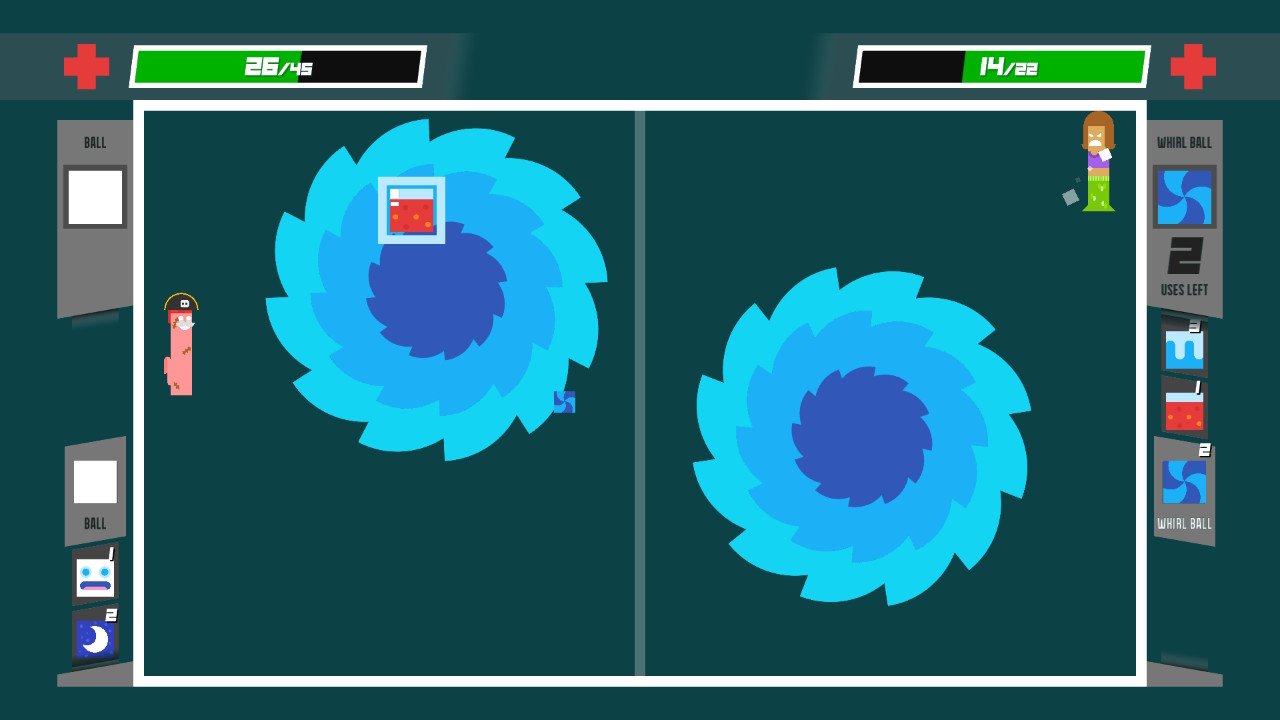 Besides Quest Mode, Pong Quest also comes with Local Battle Mode, Local Classic Mode, and Online Mode. Classic mode is straight old school Pong where you go head-to-head against one other player. Online mode is a similar head-to-head game mode but with all the new ball types and wrappings of Pong Quest. Local Battle mode can be played with up to four different players, with two on each team. There are a few different ways to play this particular mode, the best of which is “Competitive” and “Anything Goes.”

The difference here lies in the amount of money you are given to purchase balls. “Competitive” is more restrictive, making you wisely choose which balls to use while “Anything Goes” gives you enough money to load up on whatever you wish. The local modes are pretty fun to play, if you have the players available. The tension really heats up when you start to learn which balls counter other balls and start counter picking based on the opposing team’s choices.

Pong Quest could (and should) be so much more. Come on, Atari; it’s 2020, Pong came out in 1972, and all we got is a bunch of fancy balls and mostly useless dungeon crawling. There’s absolutely nothing wrong with this if you really love Pong but I suspect that most players will ultimately be let down. The aesthetics and storyline are so over the top that I’m really surprised Pong Quest didn’t advance any of the ball hitting mechanics to make them equally hilarious. Why can’t the ball actually ZOOM across the screen when hit with the edge of the paddle? Why can’t the ball physics take into account the vertical movement of the paddle when hitting? Some of this is modified based on the type of ball you’re hitting, but it’s not enough to save Pong Quest. Playing dress up and testing out all the new ball types is good and all, but Pong Quest is essentially a fancily dressed Pong with poor excuses for RPG mechanics. More importantly, Pong it’s just not that fun.