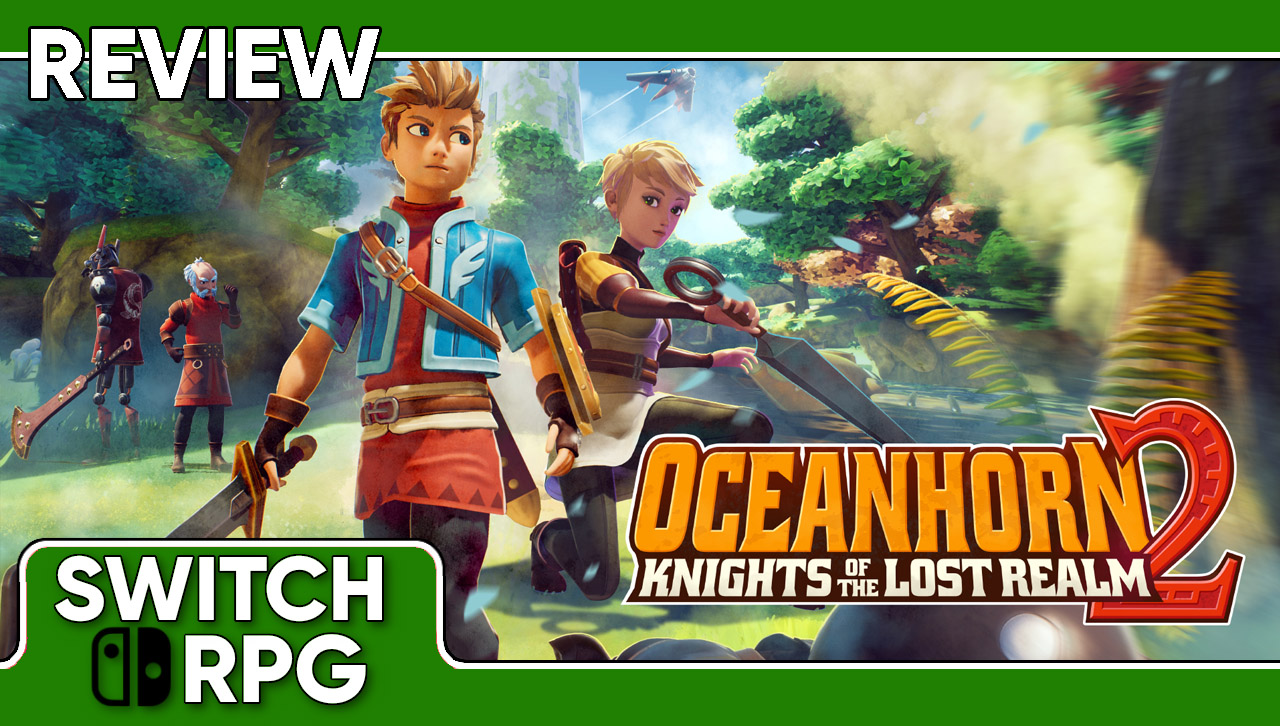 Oceanhorn 2: Knights of the Lost Realm has finally arrived on Nintendo Switch after releasing last year on Apple Arcade. The second installment in the Oceanhorn series is actually a prequel to 2013’s Oceanhorn: Monster of Uncharted Seas. When this was released on Apple Arcade last year, I checked it out for an hour or so, liked what I saw, but felt it would be a game better suited for the Switch. The wait is over, and Oceanhorn 2 is here – but was the wait worth it? Let’s dive in and see. 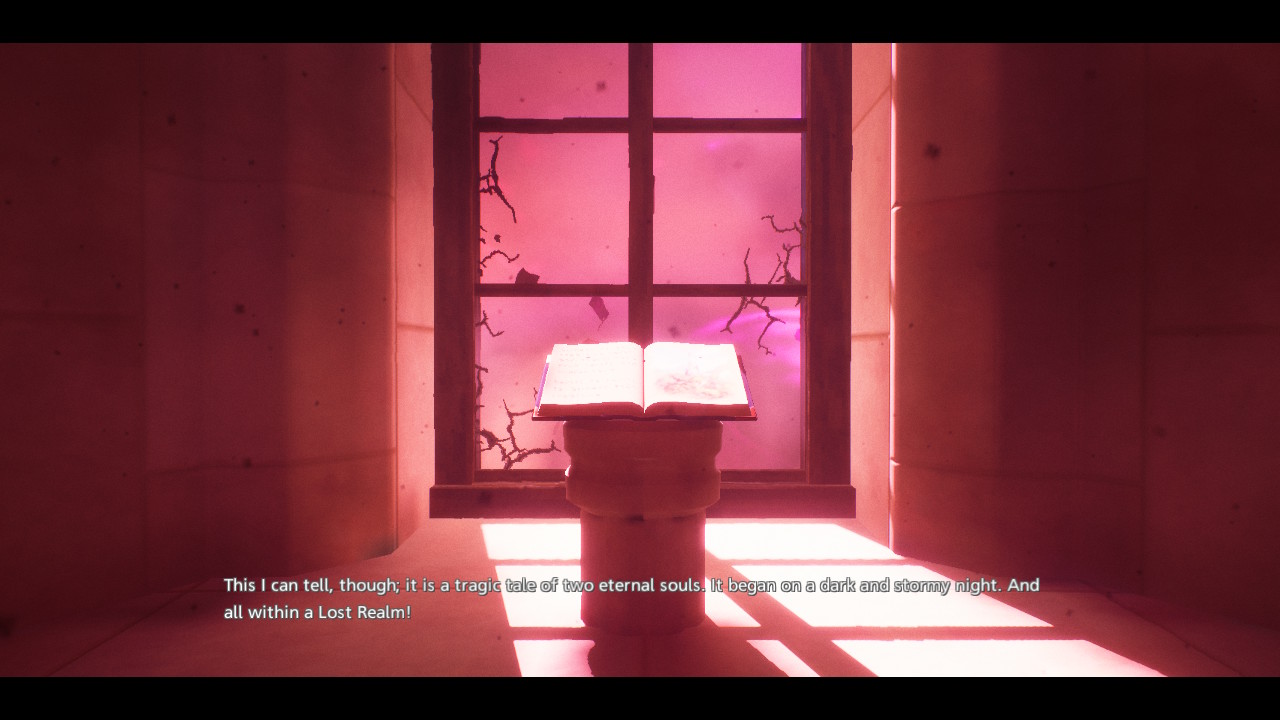 Knights of the Lost Realm is a prequel that takes place 1,000 years before the events of the first game, beginning on a stormy night where a baby (the player character) is put into the care of Master Mayfair. Years later, this unnamed hero’s first mission upon arriving at Outcast Island is to go and retrieve a lockbox from the pirate hideout. Upon completing this mission, which serves as the game’s opening tutorial, the hero then continues with his training to become a knight. Before long, an airship crashes in the distance, and Master Mayfair believes to know who was piloting the airship, tasking you with the investigation. 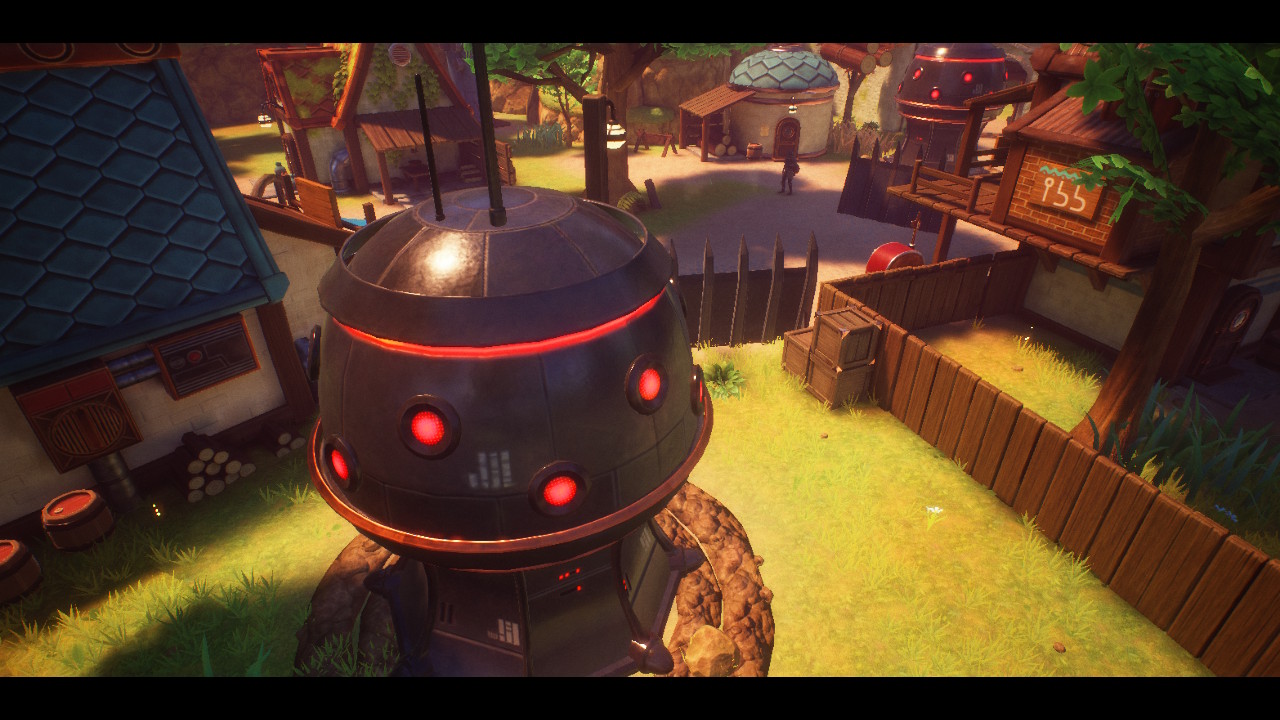 Our Hero sets out to investigate the crash with Gen, a robot companion and party member (more on that later). Upon investigating the crash site, we meet Trin, a key figure in the game and an additional party member. The trio of protagonists decide to return to the village. Upon returning to the village – in typical fashion with action adventure games – things aren’t as you left them. Dark Troopers have arrived and are threatening the village and we assume they are looking for Trin. Master Mayfair suggests the party flee towards the White City. After arriving there, and learning about other events that have taken place, the party sets out to return the three sacred emblems of Sun, Earth and Ocean. Overall, the story is good and accomplishes what it sets out to do – adding to the lore of the series while explaining the events leading up to the first game.

Oceanhorn 2 is a huge improvement over the first entry while also retaining what makes the genre great; fun combat, puzzles, big boss battles, and an open world to explore. One thing that returning players of the series will notice early on, in addition to the obvious shift to 3D, is the vast overworld map connecting all of the smaller areas, such as villages and dungeons, together. For reference, the prior game used sailing to connect all the smaller islands or areas with one another. While you can still sail, you may also fly or simply traverse the map on foot looking for bloodstones, fighting enemies, or hunting down some of the mysterious foes – the latter of which are quests you obtain from message boards in various villages. These boards will give you clues about these optional quests, but are often worth the effort for their rewards and associated challenging/clever boss fights. 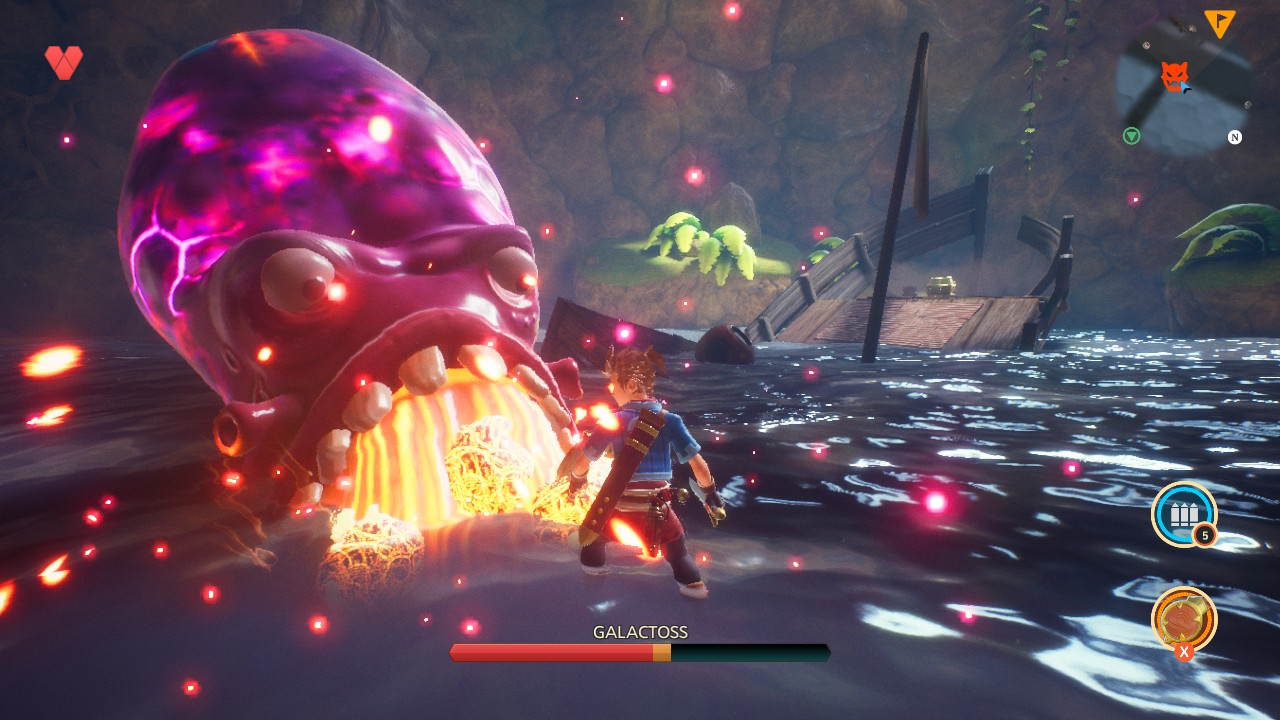 Boss battles in Oceanhorn 2 are epic – massive bosses in giant arenas to fight. Each boss is unique and requires the player to figure out (and expose) their weakness. In addition to the many boss battles the game has, standard battle opportunities abound and our hero has several ways of tackling them. In traditional fashion, the hero can run up to enemies and hack away with his sword, dodge rolling away or blocking with the shield as necessary. Our hero also has a caster gun, which is a way to use magic and can fire various forms of ammo. In addition to firing traditional ammo, it can also be loaded with fire, ice, or lightning-based shots that are handy against certain foes and even used to solve certain puzzles. 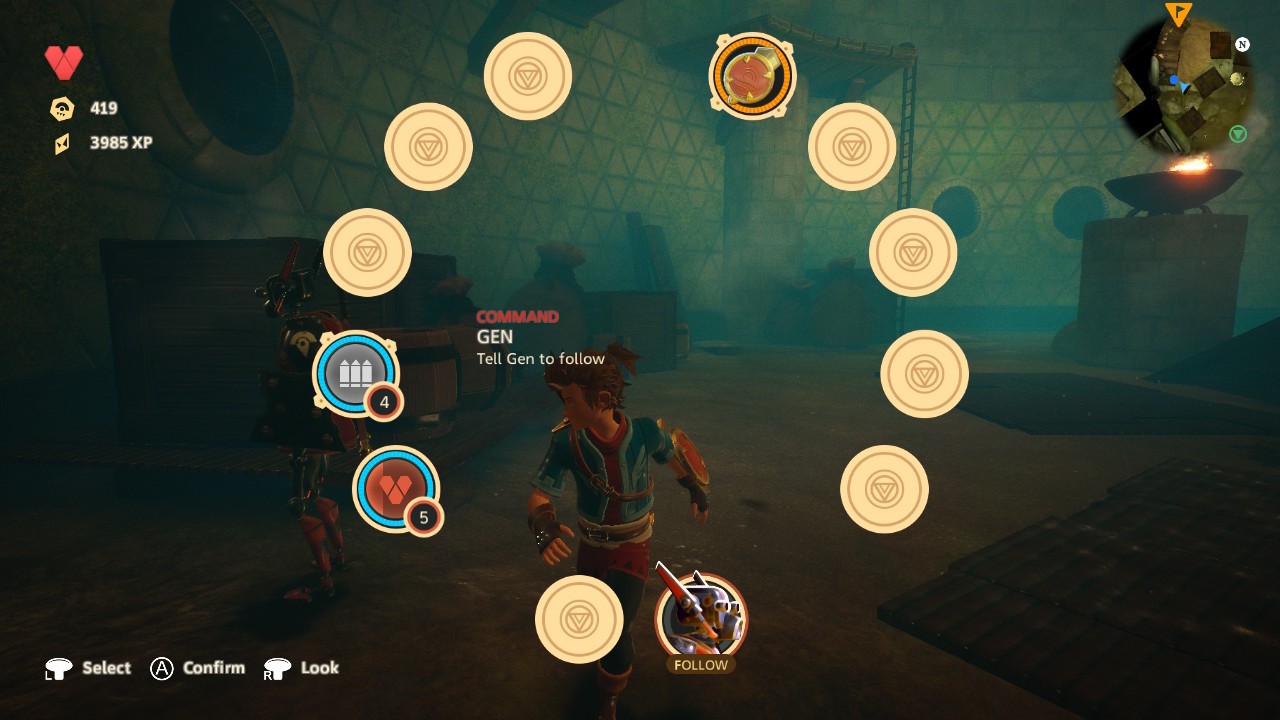 Another way to deal with combat is to command your various party members to attack foes. As previously mentioned, the hero will be supported by up to two party members, including Trin, Gen, and Master Mayfair. These additional party members cannot be micromanaged to a fine degree but can be commanded to do some basic actions. You can command them to attack, follow the hero, or even aid in solving puzzles, all of which is controlled from a handy quick select menu. The combat works well overall, but a better lock-on system would have been great considering how difficult it can be to focus in on priority targets. 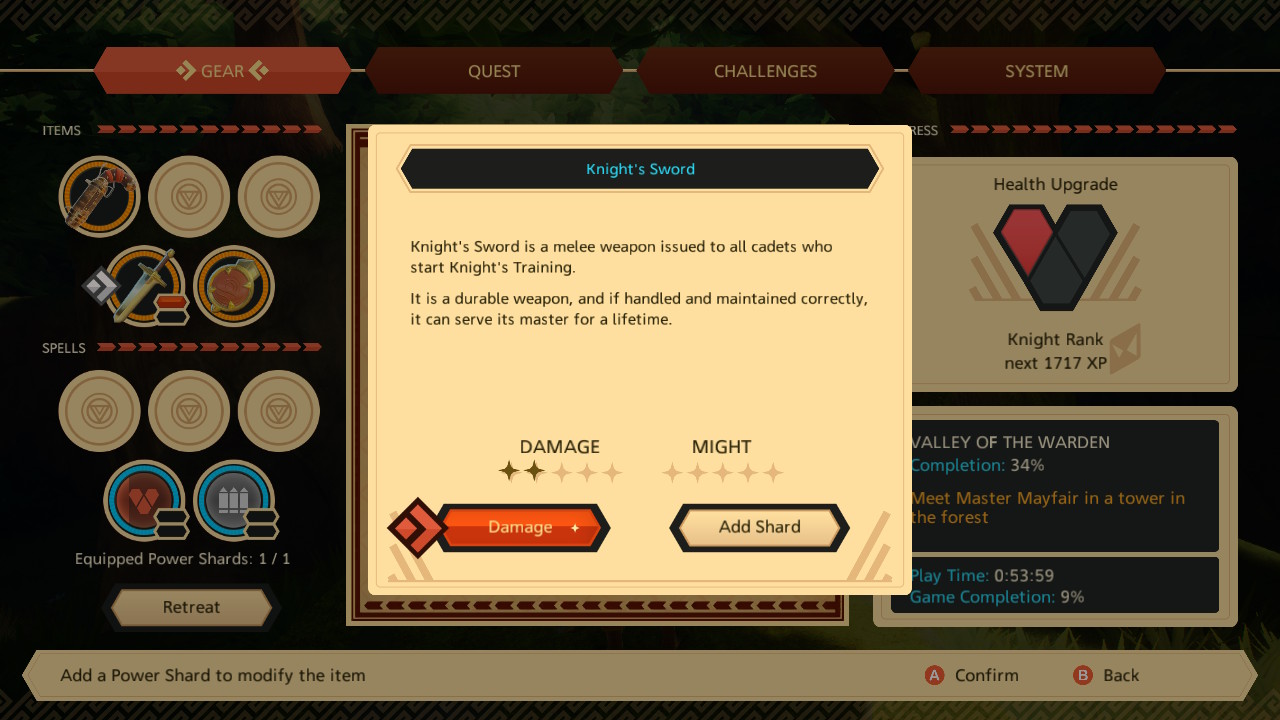 Puzzle solving is a pillar of Oceanhorn 2, and there are many of them scattered throughout the world that will require you to pull out all the stops. From using your caster gun to solve electricity-based puzzles, bombing rocks or walls to reveal switches, to commanding your party members to step on additional buttons, Oceanhorn 2 is chock-full of puzzles. Completing puzzles offer various rewards, including dungeon progression, fast travel bonuses, heart pieces, items, or shards. Shards can be used to upgrade your items, and each weapon and spell can have two shards equipped at a time. 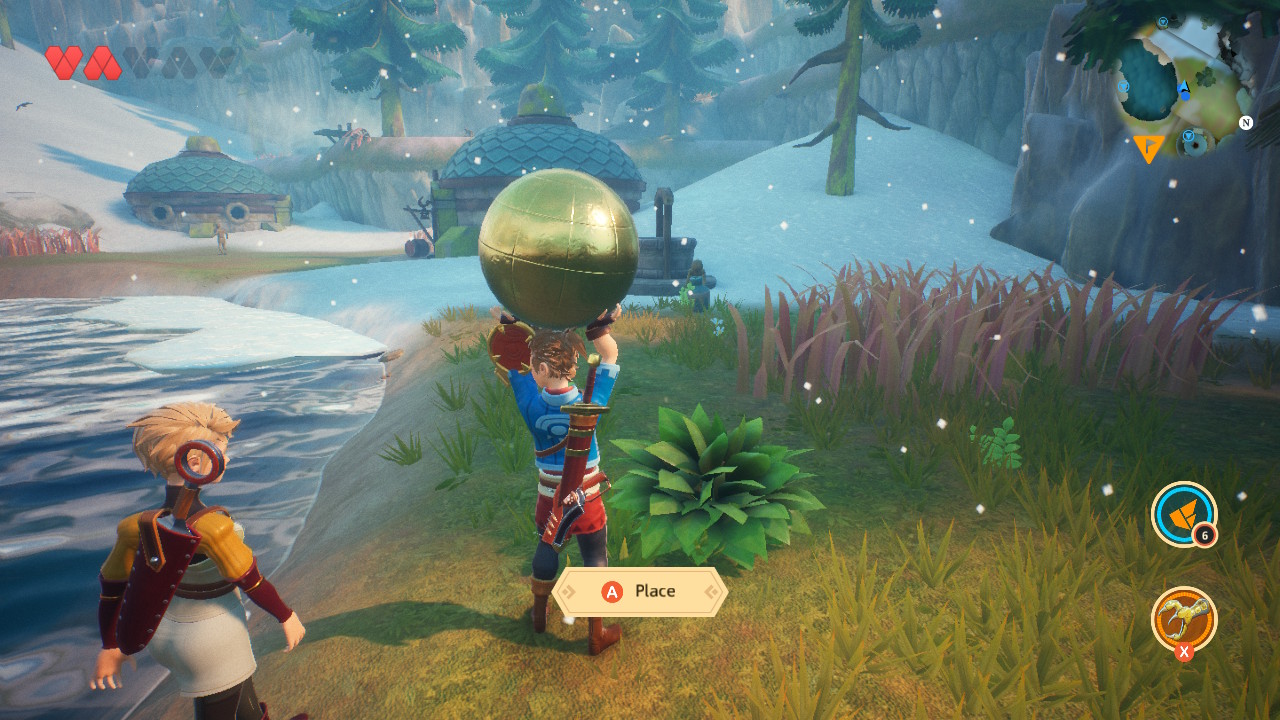 Those questioning just how “RPG” Oceanhorn 2 may be happy to know that it does have a functional (albeit limited) experience system. As you defeat enemies and they drop currency, health, or other items, they will also drop XP. Collecting this will gradually level up your hero, and each level comes with a small perk, such as being able to carry more ammo or increasing stamina. The influence of stamina, like the XP system as a whole, feels limited, as it only appears to govern how long the hero can run for. Regardless, the gameplay as a whole has been improved drastically over the first title and is at an acceptable standard for this type of game. 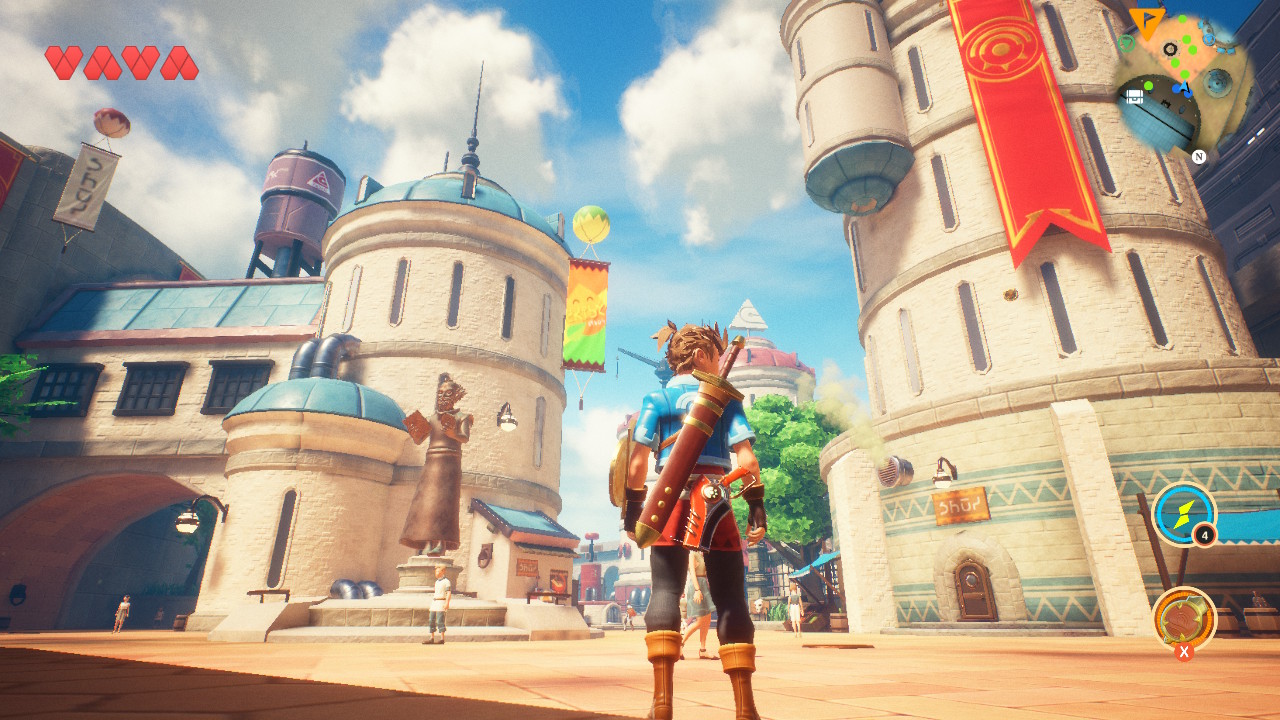 When it comes to presentation, Oceanhorn 2 continues the precedent set by the first game of being visually impressive. When you see the visuals, the tone is instantly set and it’s clear where it draws inspiration from. Each area has its own unique theme, though many lack in enemy variety. Like the visuals, the audio design is well done here.

As good as Oceanhorn 2 looks and sounds, it does have some bugs and performance issues – none of the former are game breaking, but can be frustrating to deal with. In roughly 13 hours of play, the game hard locked on me twice and forced me to reboot my Switch completely. Both instances happened in dungeons while solving a puzzle, but thanks to autosaves I lost minimal progress. I also ran into an issue with a button puzzle early on, where the game wants to teach you how to use party members to press buttons. I tried to solve this puzzle using barrels and other objects before talking to the party member and glitched the game. Thankfully, talking with the appropriate party member remedied this issue immediately. Performance-wise, Oceanhorn 2 suffers from occasional stutters and dips in the frame rate, but is relatively stable. More often than not, these types of issues occur when in the giant overworld or during transitions in and out of cutscenes. 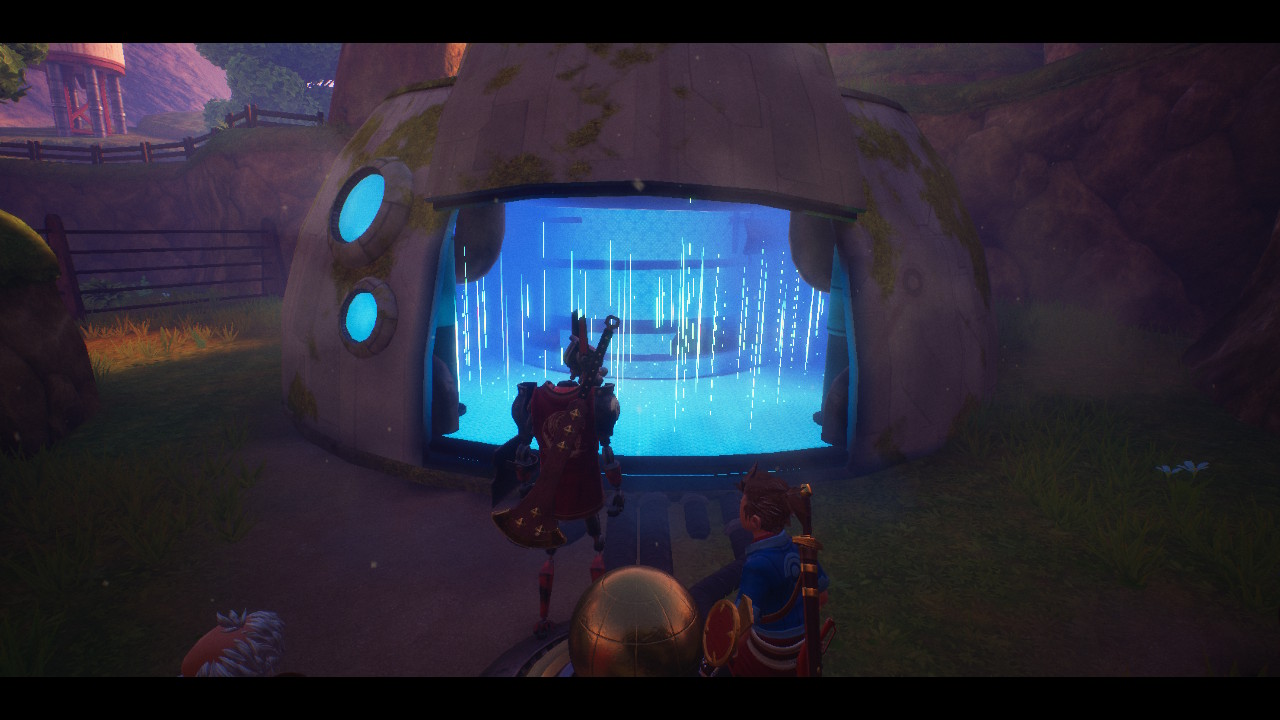 For all its faults, Oceanhorn 2 feels right at home on Switch and provides a 10-15 hour experience. I still have some side quests I would like to complete even after the 13 hour mark, and I appreciate that the game doesn’t overstay its welcome. That said, I feel that its shorter shelf life and hefty price tag for a port of an iOS game may make it tough for some to accept. It does feel immensely better on the Switch compared to mobile, and that is coming from someone that played both versions exclusively in handheld mode.

The addition of RPG elements is great, though they ultimately lack enough depth to be really meaningful (or push it fully into the RPG category). The party system is a nice addition, but more control over their A.I. would have made it better. The transition from a top-down perspective to the 3D, third-person perspective looks and feels great despite some occasional performance issues. If a third installment in this series is released – I hope – then the developers should build upon this framework and focus on fleshing out the RPG elements. Either way, if you are looking for an action-adventure game (with light RPG elements) in the same vein as other 3D Zelda games, then Oceanhorn 2 is an adventure worth sailing.

Hello. Can you please tell me where I can find the function for each button on the controller? Cannot access quest, challenges or system areas of info screen and cannot command trin or gen. Where is the “How to play” site please. Thanks

Hey, when you start the game for the first 20-30 minutes the controls are on on-screen.
https://switchrpg.com/files/2021/02/oh2_controls.jpg