When push comes to shove, Role-Playing Games are all about character progression. Whether the development of a narrative relies upon new abilities or when new skills assist in the defeat of stronger foes, we continuously pursue the increase of a single level in the hopes that it will grant us more of what we crave: opportunity. Some games are subtle about progressions, placing it in the background or interweaving it with tangible quest goals. But sometimes, the only tangible reward is progress itself, which makes games feel like more of a chore than they have the potential to be. Niffelheim is a game determined to make each new step feel less like a monumental achievement and more like another box checked off on the way towards Valhalla. Is it something to do? Certainly, and a great deal of “something to do,” at that. Ultimately, the game feels densely packed with tasks while also feeling slightly barren, at the same time. Let’s figure out why that is, precisely. 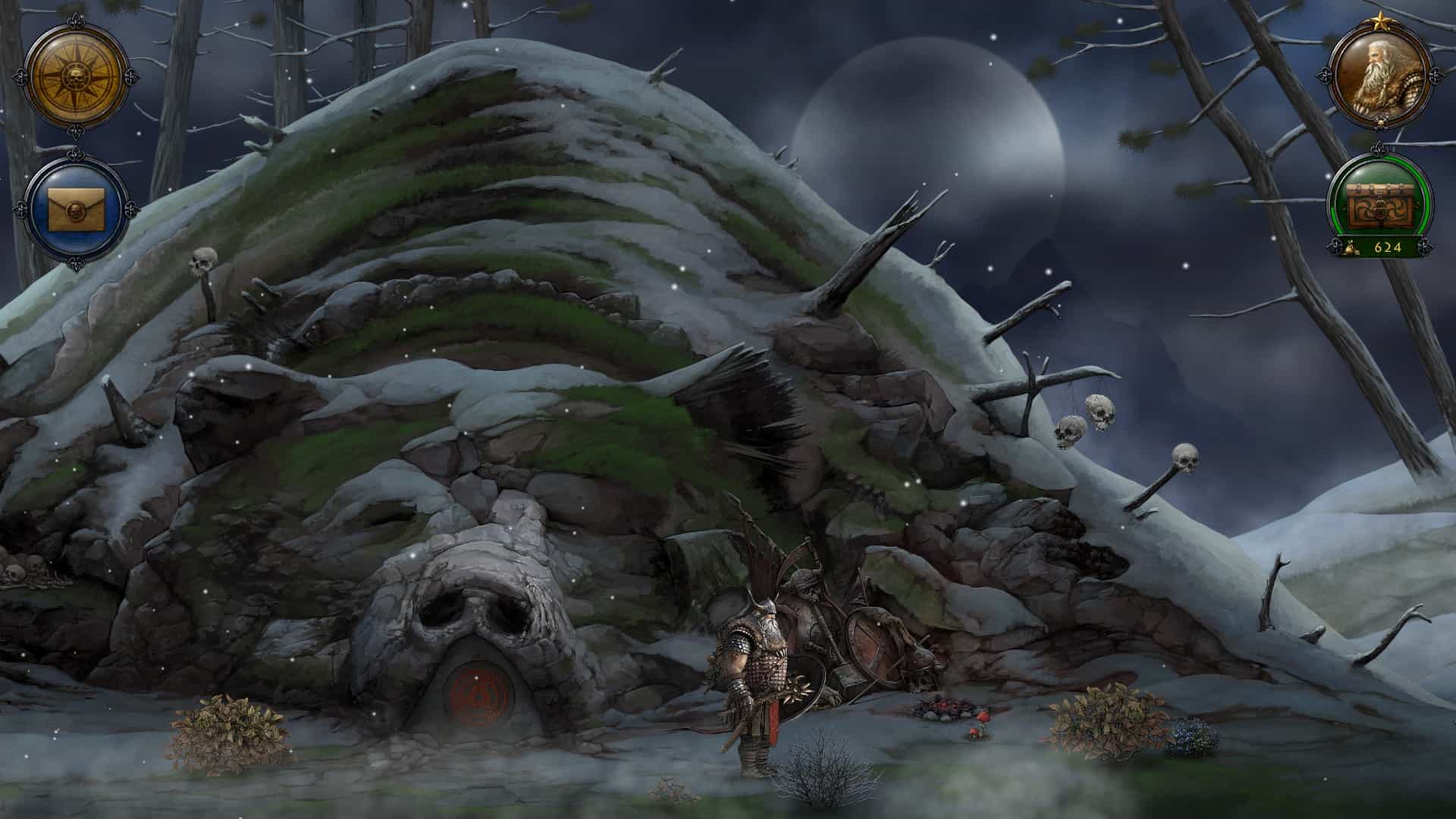 Niffelheim lays its story bare in its title sequence: you are a fallen warrior, set sail to Asgard after a long life of vicious combat, but your soul is abducted by dark forces and carried to Niffelheim, a remote and inhospitable region. You’ll have to gather resources, craft weaponry, cook food, and defend your personal hovel while also digging deep into the earth, penetrating the floors of dungeons in order to slay the bosses at their hearts and recover the artifacts needed to rebuild the portal needed to transport your soul to paradise. Survival in Niffelheim is a complex equation, as every action taken depletes your stamina bar by some amount, which can only be restored via the consumption of cooked food. Obtaining this is another matter, as you’ll need to gather the materials for a recipe before cooking, which are rarely in short reserve, but do require the player to exit the safety of their castle and traverse some distance, which in turn costs stamina. In this way, Niffelheim feels like a constant race for optimization, as there are roughly a handful of other tasks to complete.

Fortunately, the only roadblock towards progress seems to be finding the right materials, as the act of gathering is straightforward. Holding down the action button will cause the player character to automatically chop, attack, or scrounge for the resources in close proximity. While killing animals and enemies does have an additional step, where you’ll need to press the b button in order to pick up the materials they drop, but this is more or less the extent of interactivity. As you begin to dungeon crawl, you’ll find that there are enemies and obstacles that will grant status debuffs. Crafting the proper remedies will allow you to avoid their detrimental effects, but you’ll need to set them to your quick selection menu in order to immediately benefit from their effects. Combat is hardly a terribly engaging affair- you will have to switch weapons based on attack type from time to time, quickly queue up potions and other healing options, and maybe even block, should an enemy get too close, but there aren’t any complex combat maneuvers to perform. Hold down the attack button, and whatever comes in range will fall, sooner or later. Sooner, of course, depending on how aggressively you mine and gather. 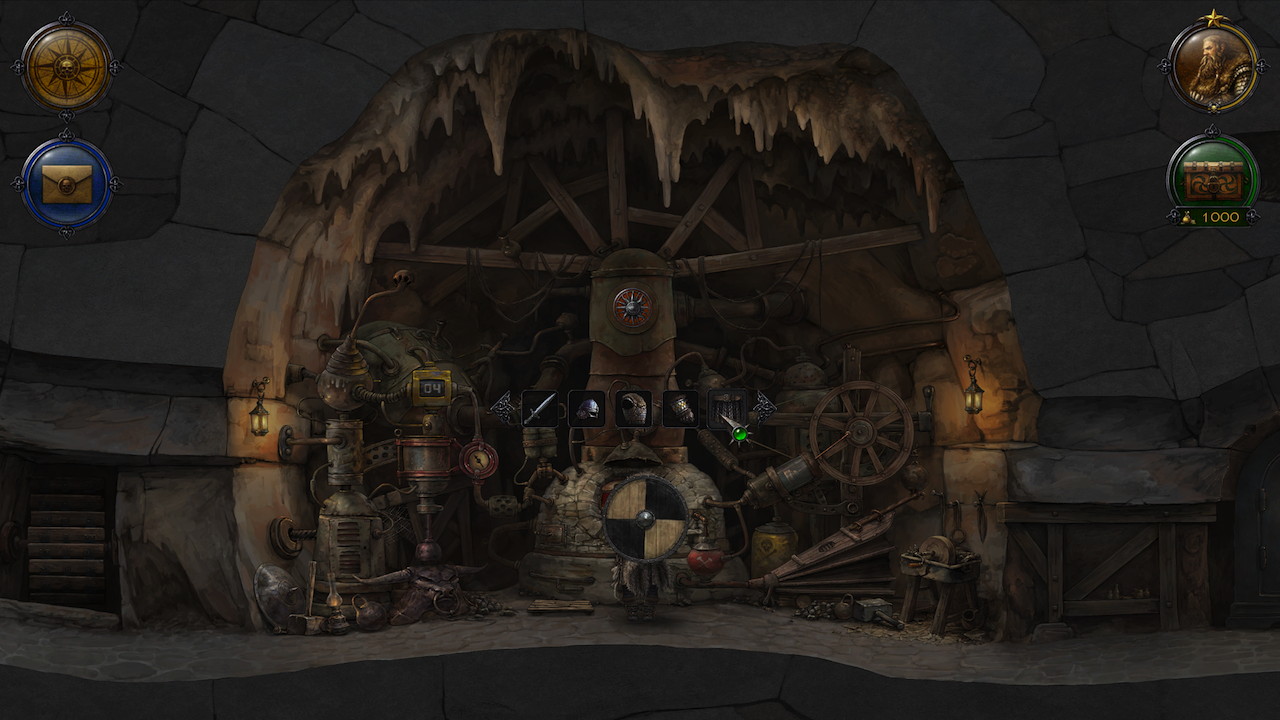 Niffelheim does succeed in painting itself in a gritty Nordic light thanks to its art design, which features some haunting looking character models and scraggly, bleak landscapes. Though the game would like to lead you to believe it is a much more colorful experience, its varied outdoor locations and shrine-like buildings hold decidedly procedural hallways that lack a great deal of detail or substance. Where Niffelheim does have unique art assets, the game looks great. However, its animations suffer from a lack of personality, with every movement in the game coming across like the jerks of a marionette as characters swing their weapons with little sense of weight or heft. It is unfortunate, but it hurts the quality of the rather impressive art quite a bit.

Though Niffelheim features a few atmospheric tracks, they’re used a bit too frequently and loop too often to remain iconic and instead come across as grating. In terms of narrative, there is little to say. The setup of the game is explicit from the opening cutscene, and there aren’t exactly any plot twists or narrative beats to be found, with only the occasional alert from one of the game’s quest list adding any sort of flavor text. You are simply a lost soul surviving on Niffelheim in an attempt to reclaim your deathright and travel to Valhalla. For some reason or another, however, even spirits must be properly fed, so your avatar will spend just as much- if not more time- scavenging for food as they do fighting, mining, and crafting. 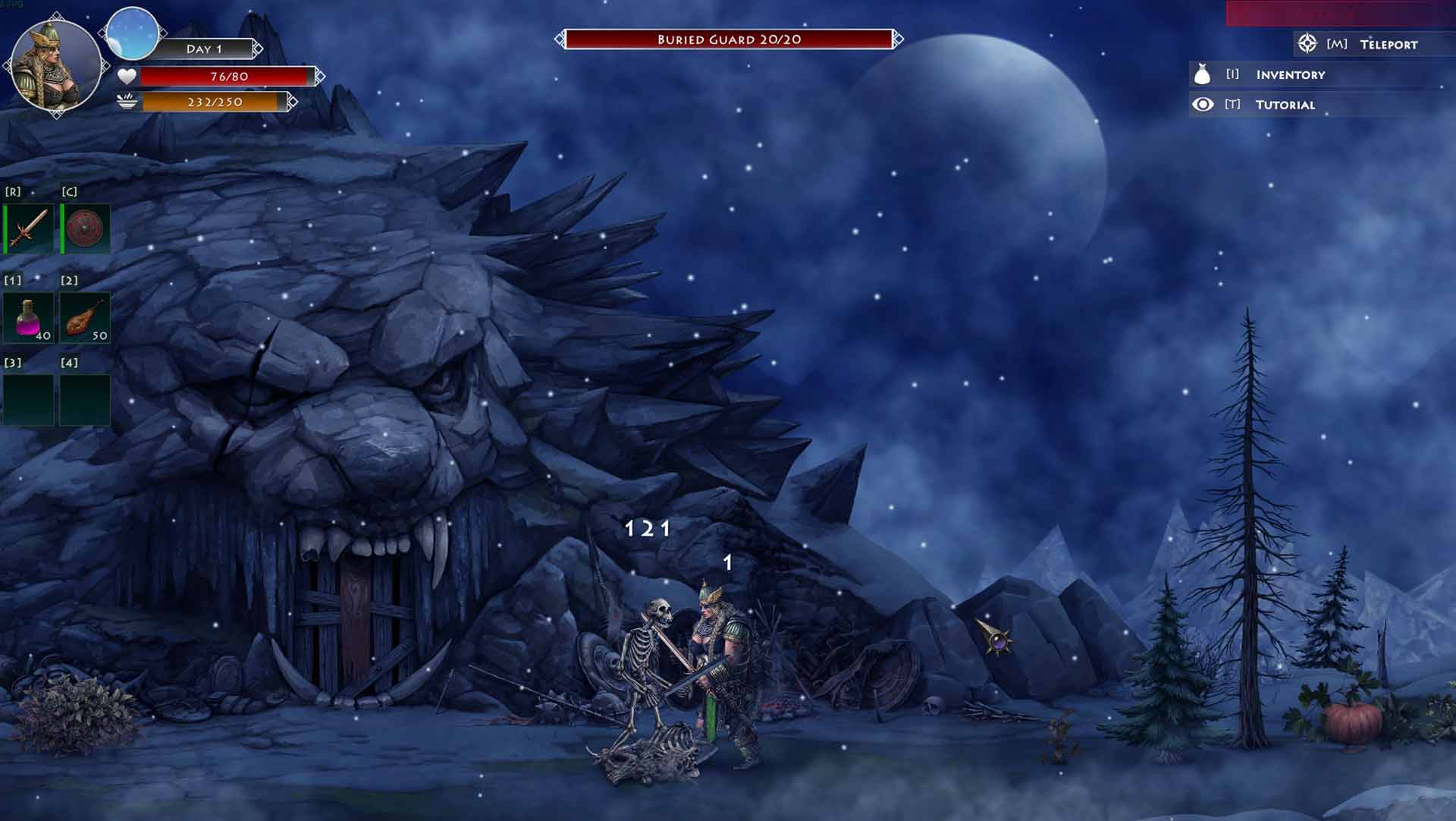 All in all, Niffelheim feels like an exercise in tedium more than an epic quest for survival. You’ll be watching gauges, crafting new items, and pushing as far as you can into tunnel-like dungeons, but all of this is far less enthralling than it sounds when the inputs to perform actions are so painfully base. It seems like there is just enough interaction required with Niffelheim to push it out of the realm of a point-and-click adventure title, but there is nothing dynamic about the action that unfolds. Given how much growth and time the game expects you to invest in a single playthrough for one of its four character archetypes (who lack some degree of variety, sadly), you’ll have exhausted your patience long before you see the end of this harrowing journey. If Niffelheim had just a bit more depth, I could see it easily being a worthwhile purchase, but as it stands now, the game just doesn’t have enough under its hood in order to justify its grind.