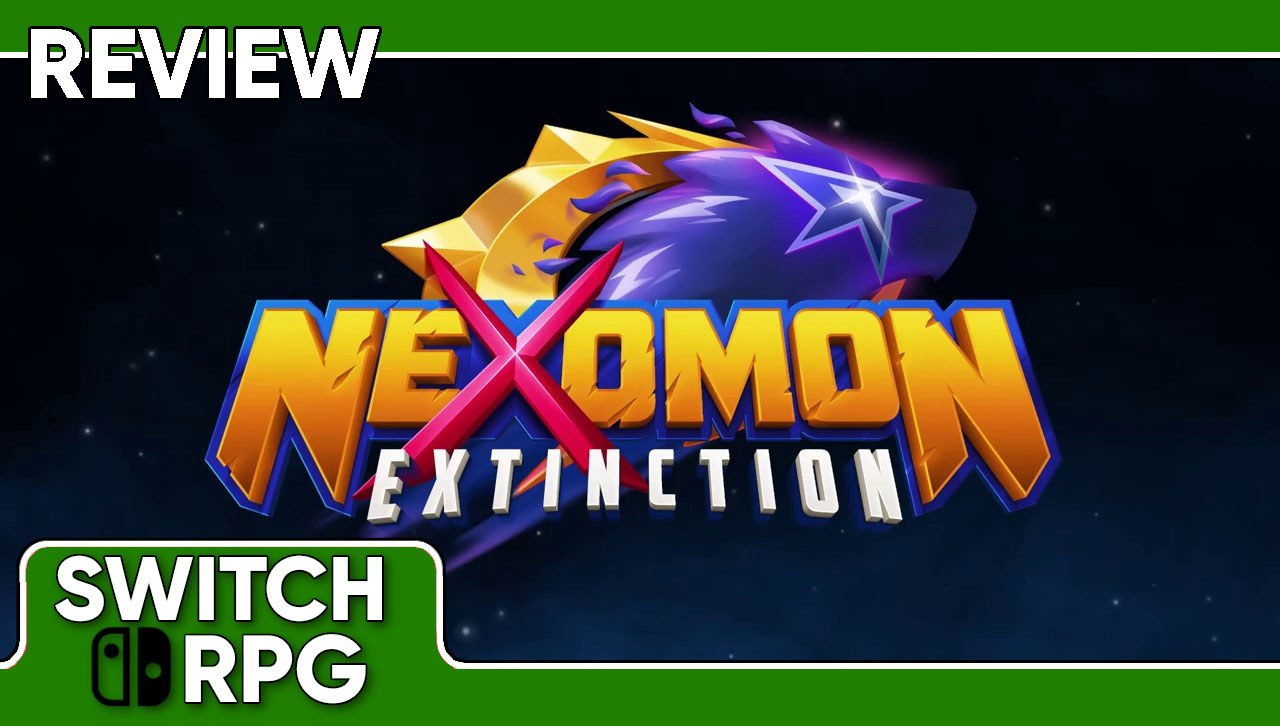 Monster battle RPGs are no stranger to Nintendo systems. Gathering a team of monsters to fight in combat is a simple enough premise, and unfortunately, they tend to be compared to a certain popular IP exclusive to Nintendo consoles. With that weight of comparison already being placed on Nexomon due to its aesthetics and presentation, is it a title worth checking out? Or is it a title that will be dubbed just another copy?

Nexomon is a turn-based RPG where you play as a young tamer and capture Nexomon for use in battle. You can carry up to six Nexomon on your character, with the rest being accessible at computers typically found at healing locations. As you navigate the world, you will come across several types of characters, and depending on who they are, they will have a certain type of icon over their head. Other tamers will have sword icons over their head, while merchants or traders will have a booth icon, and so forth. 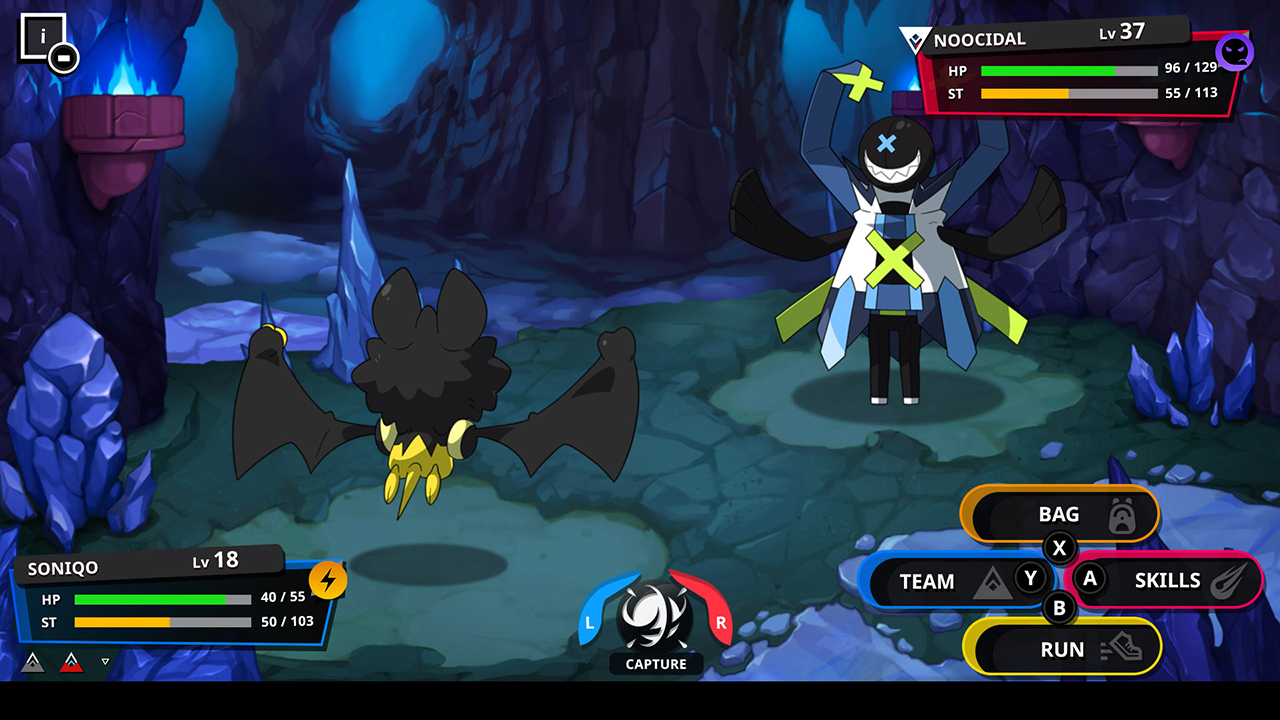 In terms of actual battling and capturing, combat operates via turn-based system, and any sort of single action, whether it’s attacking, healing, or capturing, will use up your turn. This unfortunately is also the case with your Nexomon losing, as sending out a new Nexomon will use up your turn, allowing your opponent to get a free hit. To use moves, your Nexomon will use their SP- the stronger the move, the more SP it will use up. Once their SP reaches an amount lower than the required SP of any of their move sets, they will be too tired to attack. Being too tired will generate 10 SP, but will leave your Nexomon open to attack. 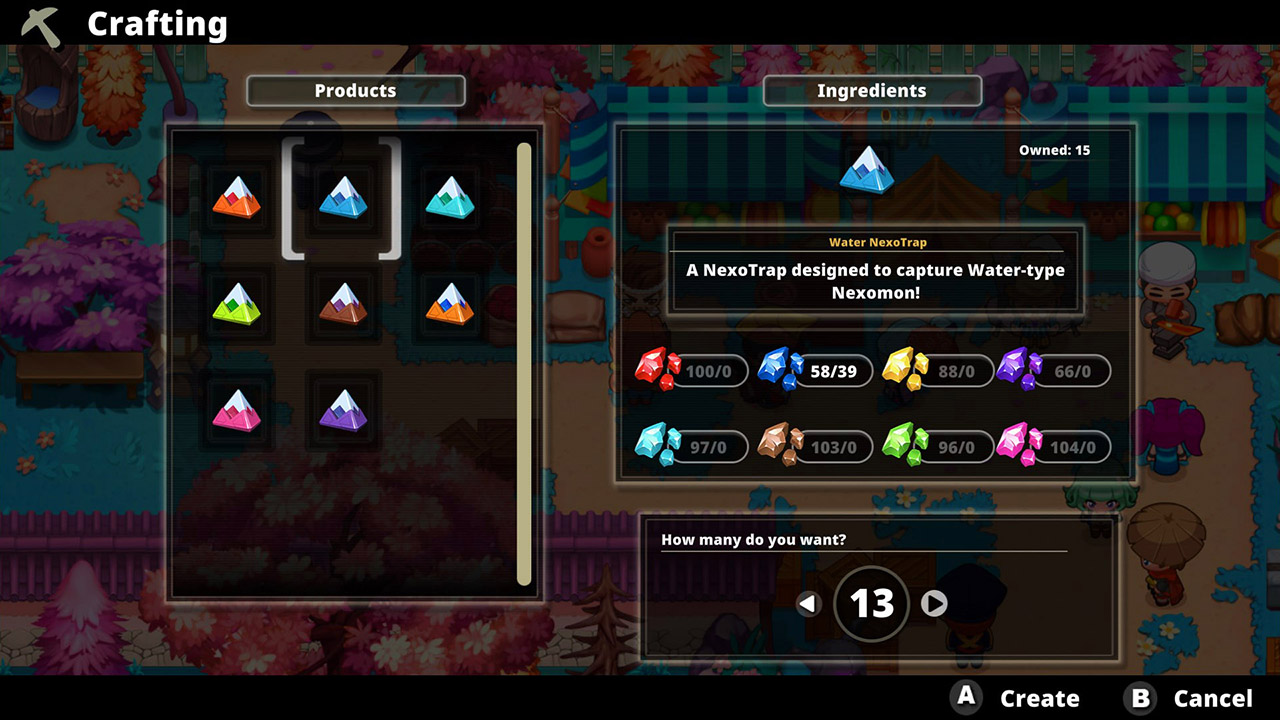 Capturing operates on a percentage based system. The higher the percentage, the more likely that the Nexomon will be captured, although it is possible to capture a Nexomon with a low percentage. This percentage can be increased by weakening it in battle, giving it food, using a specific type of NexoTrap, and other strategies. The amount of grinding is a feature that some people may dislike, as there is a level of grind that is expected in order to advance through the game. As you advance through the story, the wild Nexomon and enemy tamer levels across the region will increase, which means that going back to previous routes will end up with higher level Nexomon. If you’re looking to breeze through the game quickly, you’re in for a rough ride if you’re not constantly training up along the way.

Nexomon Extinction is actually a “sequel” to the mobile game app Nexomon, although you don’t need any knowledge of that game to get into this one. You play as a young potential tamer who sets out on their adventure with two other rivals. A strong group of Nexomon known as Tyrants have been running amok, and you’ll come across and battle against these beings as you explore. The story ramps up right from the beginning instead of trying to ease the player into the narrative and environment, which is a nice breath of fresh air. 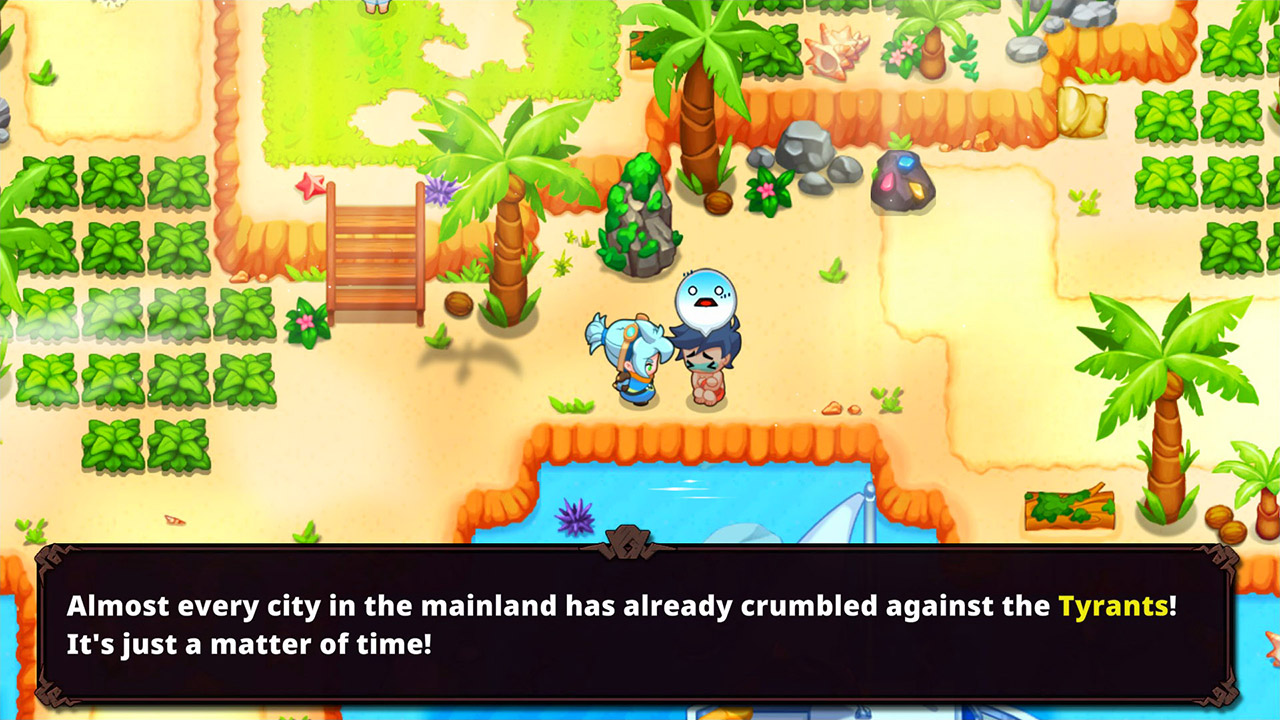 Each major character feels different from the other, almost in a way that some may read as trying too hard. There are several quips made towards other characters in the cast, and quite a few comments that break the fourth wall or poke fun at typical RPG plot devices. While some are kind of funny, it can also enter that territory of being too much. The mood of the story tends to be skewed towards humor, but there are some serious moments that can draw a player in.

The different environments of Nexomon are vibrant and full of life. Each city or civilization feels unique from one another, and this extends to the characters that live in each location. From the forest to the desert, it’s nice to see the different art that the team put together. Occasionally, higher-quality art is also shown during cutscenes, which also looks amazing. However, some of this cutscene art defaults to the promotional character depiction instead of any art reflective of the tamer that you chose at the beginning of the game. 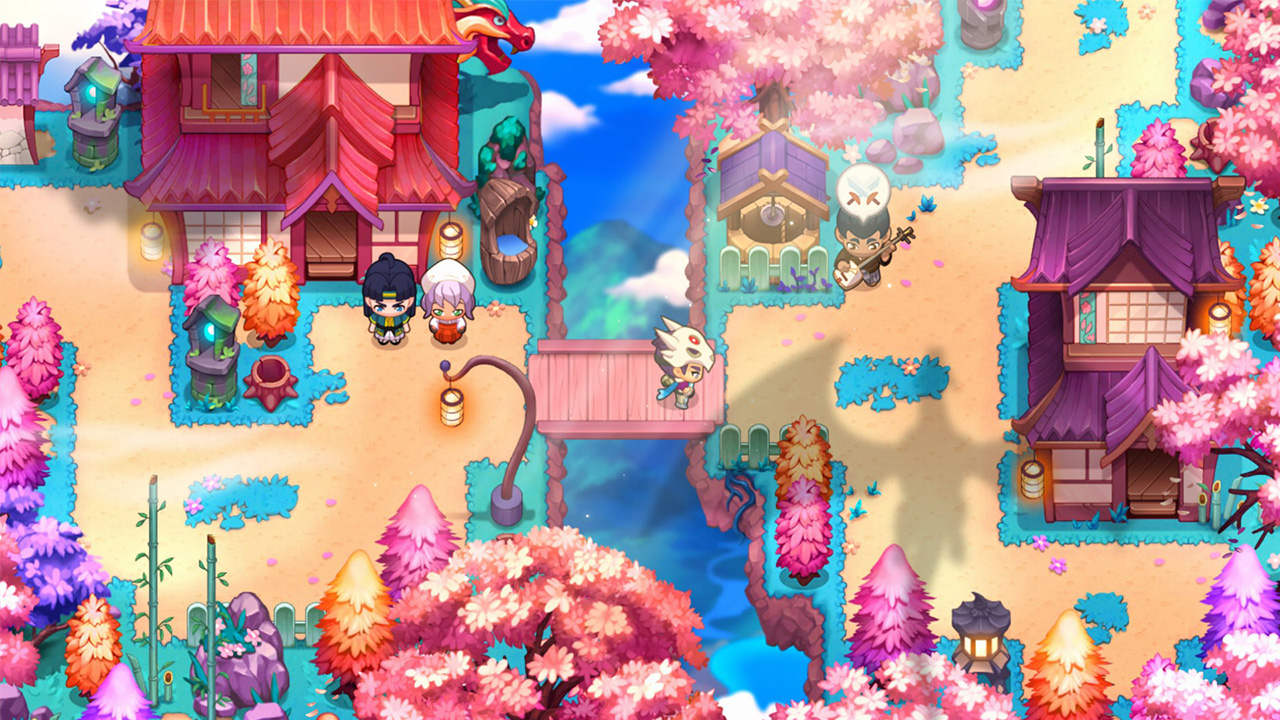 The design of the Nexomon tend to be hit of miss, with some designs looking really cool or adorable, while others are kind of questionable. However, that is the reality with monster capture RPGs: having a large amount of monsters means that every single design will not appeal to everyone. While in battle, the Nexomon are minimally animated, rocking back and forth. Their moves do have art animations, although similarly, they are fairly minimal.

In terms of how it stacks up against Pokemon (as I’m sure that is the big question), I do feel that narrative-wise, Nexomon is a pretty good contender, and in some ways, handles it’s storytelling much better. The game has its central theme (the battle between humans and Tyrants) and sticks to it, not really getting distracted by other themes or lore along the way that would muddy the narrative. The art of the locations in the overworld are also just as nice in the different city locations.

Unfortunately, the game suffers a big hiccup with its combat and the large amount of grinding needed to progress through an area. This is a hassle that remains present throughout the entire game, but it’s not as bad once you have a stable team of Nexomon. During the beginning though, it is pretty rough to get over the initial hump. Along with the other quirks during combat as well, playing through actual battles ends up feeling like a drag.

All in all, Nexomon is an okay addition to the monster capture and battle RPG lineup. If you can look past the grinding and battle mechanics, I would say give the game a chance. If this series does end up continuing onward, I do hope that they can continue to improve and build on the foundation that they’ve already laid out. It would be nice to have another monster capturing RPG series that rivals some of the bigger names to add to the mix.