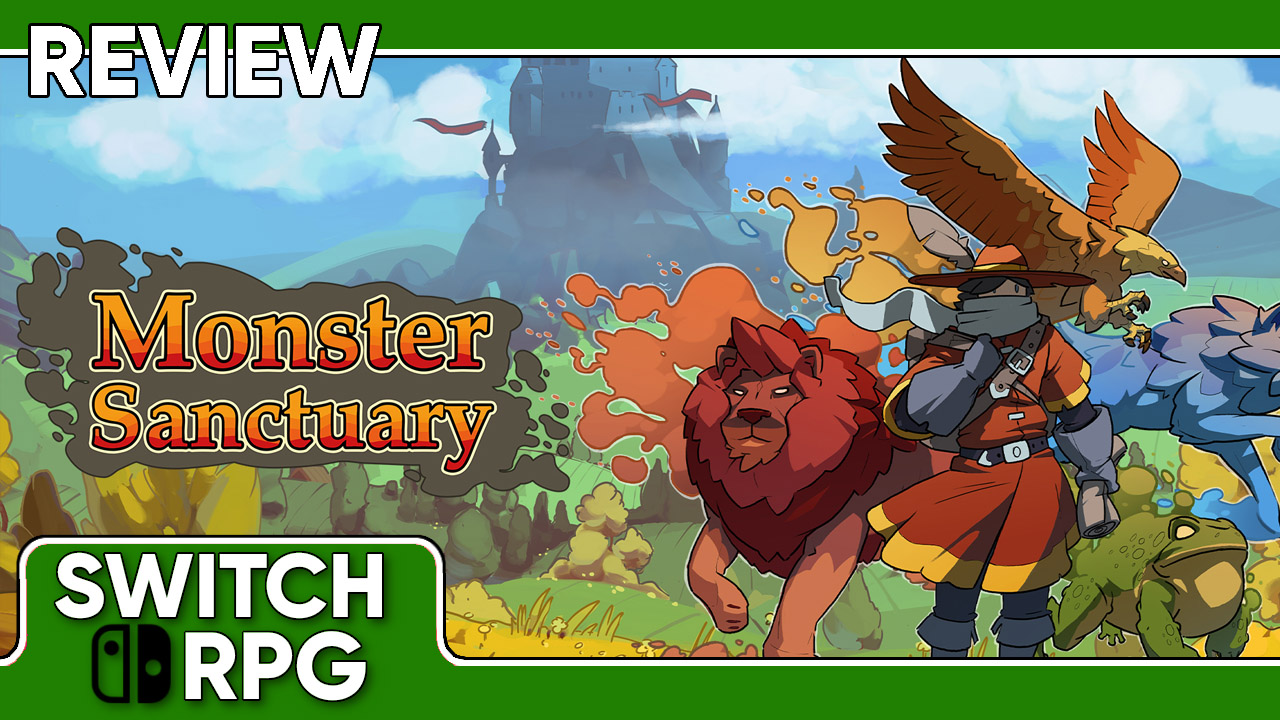 Monster Sanctuary is a very clever mix of several classic elements. It masterfully blends monster collecting, metroidvania platforming, and classic RPG elements into a single, impressive package. Add to that some engaging lore, fun artistry, and an excellent soundtrack and you have a game that will give you hours of enjoyment. Monster Sanctuary truly meshes nostalgia with originality, such as using your monsters not only to solve puzzles in the open world, but also in classic 3v3 monster battles. 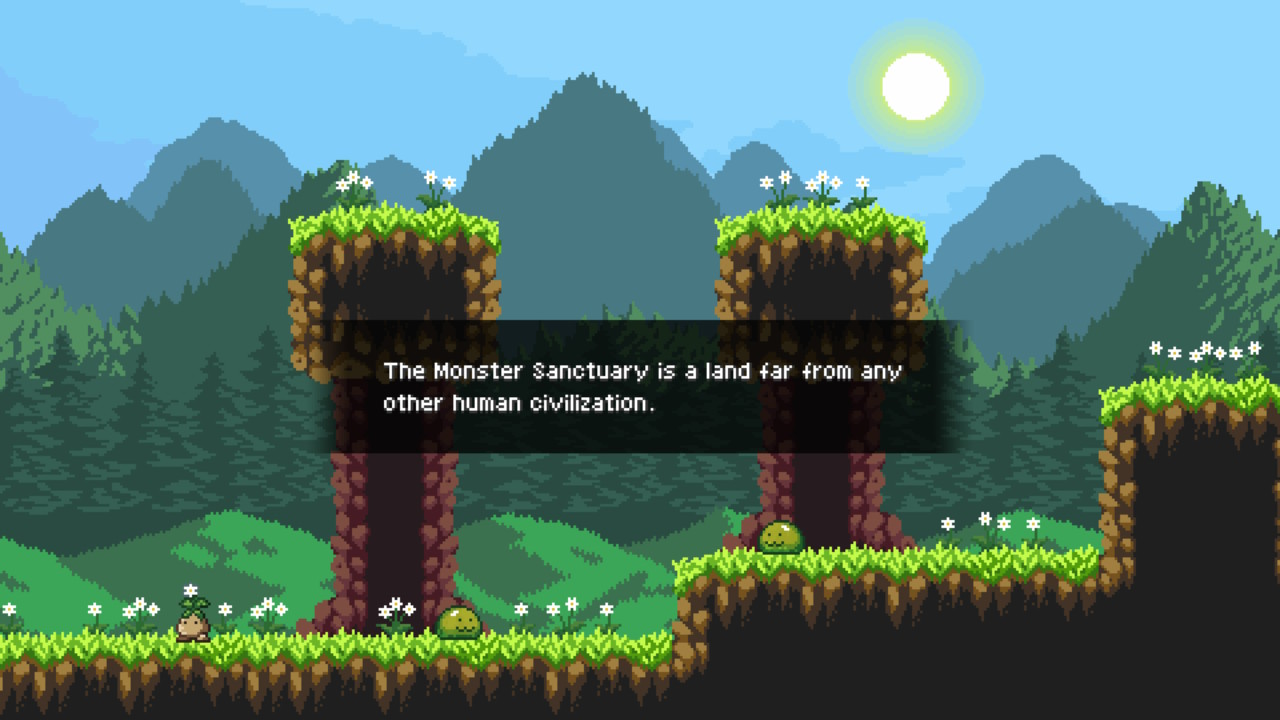 The story for Monster Sanctuary is fairly straightforward. You come from a family bloodline of Monster Keepers who helped in the original creation of Monster Sanctuary. While training to become an expert Monster Keeper yourself, you find that all is not right in the world. Strong, Champion monsters begin to mysteriously appear throughout the world and create a dangerously ominous feeling. It is up to you to discover the cause of this spreading evil and put a stop to it, while also rising through the ranks of Monster Keeper. 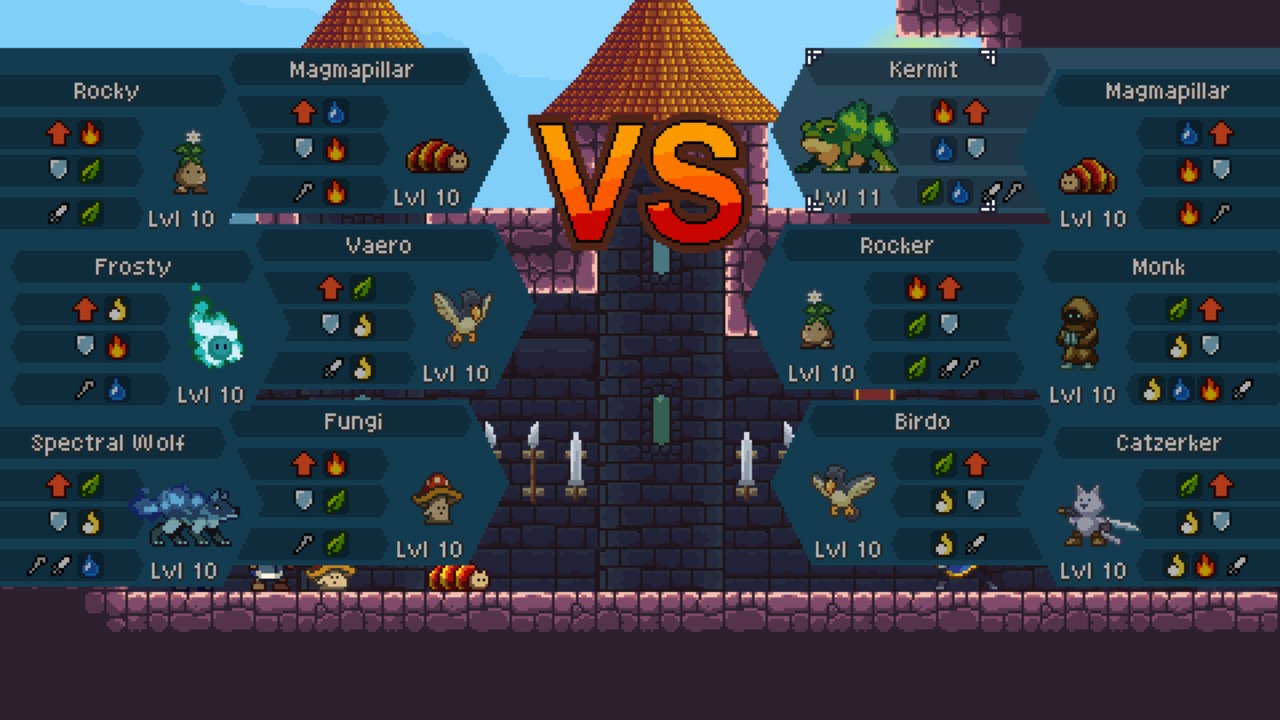 The essential gameplay for Monster Sanctuary is pretty standard for monster collecting. As you travel through a Metroidvania style world and map, you battle monsters using your own monsters. You begin the game as the newest heir coming from one of four bloodlines of Monster Keepers. Your ancestors helped to create the Monster Sanctuary and were given a Spectral Monster to be the family guardian. Depending on which bloodline you choose, you can have either the Spectral Wolf, Spectral Toad, Spectral Eagle, or Spectral Lion. These Spectral Monster’s are ageless and therefore have seen the history of Monster Sanctuary and can provide useful information as you progress through the game. 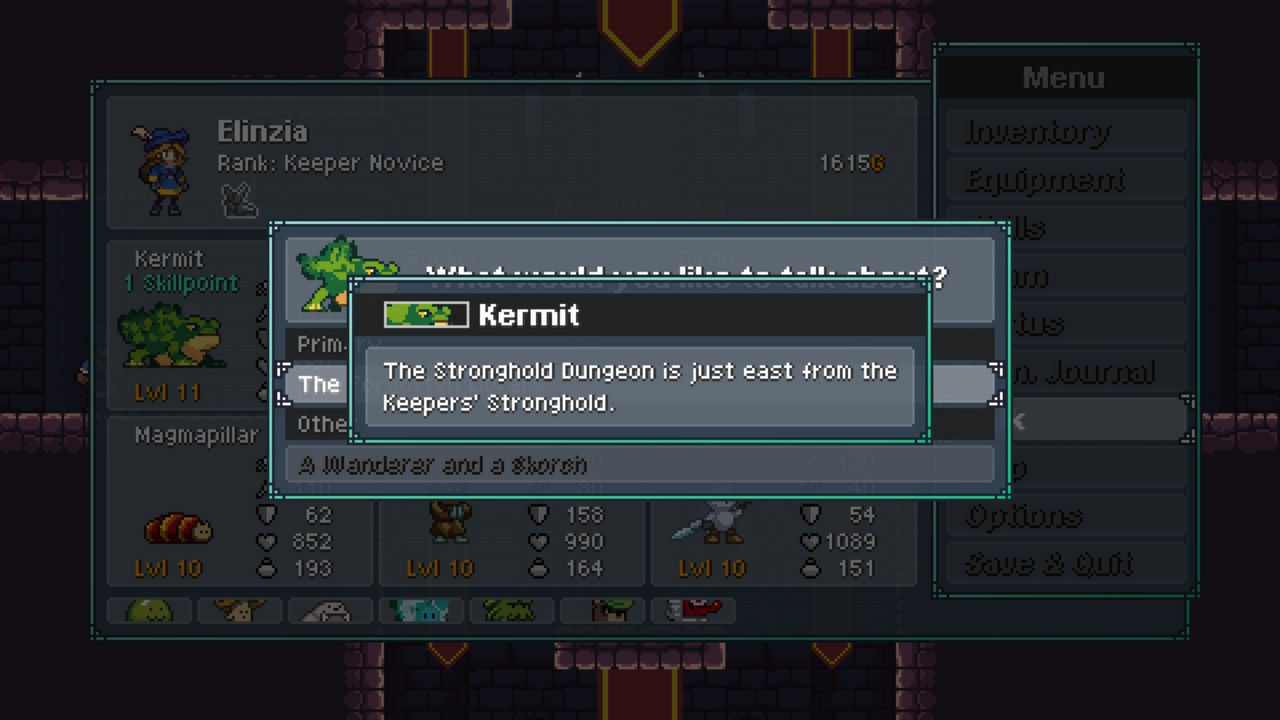 For my first playthrough I chose the Spectral Toad (and renamed him Kermit). During the game if you get confused as to what you should be doing next, you can choose to talk to your Spectral Monster and they will give you hints and direction. They will also join your party of monsters similar to any other monster and have attacks and abilities based on their skills.

As you come across monsters in the world, you will battle them using your monsters. You have the possibility of finding an egg of the monsters you defeat, which you can then choose to hatch if you wish. Once you hatch an egg of a monster type, you will then add that monster to your collection and can then level them up, assign skill points, and use them in your party to compete against other monsters. Different types of monsters also carry with them special abilities to assist you with puzzles and obstacles in the overworld. While this is fun to have a use for the monsters outside of combat, it was not always very straightforward what monster you would need for different puzzles. However, it is a good use of the monsters in the game and something that more games should utilize.

As you level up your monsters you can assign skill points for them based on each monster’s skill trees. You are only able to have a small number of monsters active in your party at once. However, monsters gain experience and level up even when not actively being used in your chosen party. The skill trees allow you to design your group based on what you have chosen for skills and what their natural abilities are, being able to face any foe you encounter or simply focus on your favorite attacks and monsters. If you are the type of person who enjoys min-maxing in games, or are fond of figuring out game systems, there will be plenty for you to look at in this game as the skill trees can get fairly involved. However, if you are not a fan of that style of play, it is simple enough to be able to choose some skills and continue playing with little difficulty.

The gameplay obviously focuses on combat situations with your monsters. While I still feel that the fights can become somewhat grind-intensive and can be longer than is enjoyable, the combat is still solid. Monster Sanctuary takes advantage of the mechanics of buffing and de-buffing party members and has several attacks that are fun to employ.

Monster Sanctuary also offers an online multiplayer PVP experience. Unfortunately, you have to play quite a while before you reach high enough rank to unlock the Online Arena, so if you are only wanting the PVP experience, be prepared. Once you have access, however, you can fight other players from all over the world to prove yourself as the true master Monster Keeper. 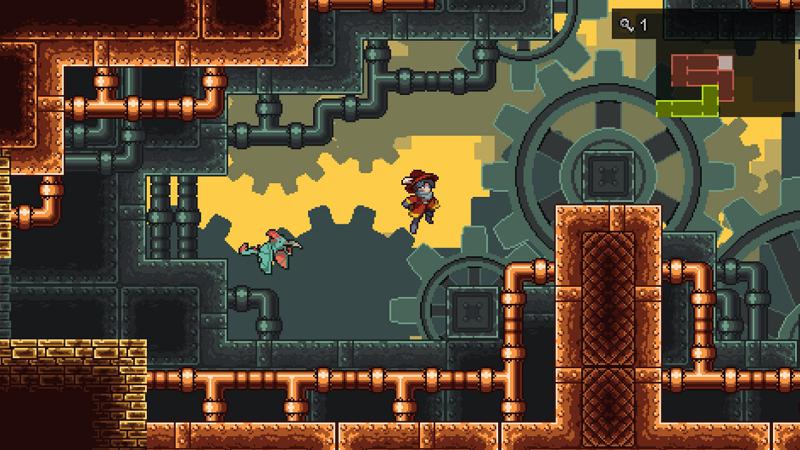 The artwork for Monster Sanctuary is reminiscent of the 16-bit Super Nintendo style of pixel quality, with bright colors and crisp design that adds a familiar yet distinctive feel to the game. In fact, it often felt comparable to Castlevania, or other games of that similar style. As I said in my first impressions, the sprites of the monsters are simply adorable – I still want to see some plush toys created for them! Many of the monster sprites are very creative and charming while others perfectly hearken back to memories of games from decades earlier.

The soundtrack to the game, with 41 separate tracks, is surprisingly good. While it is chiptune quality, it is perfectly executed. For fans of 1990’s JRPG’s, this soundtrack will offer you some nostalgic feelings despite being uniquely created for this game.

Overall, Monster Sanctuary impressed me. It captured a feeling of nostalgia with added innovation. The mechanics of the game could be quite involved if you chose to research the skill trees and monster abilities. Or, you could simply choose to select what looked fun for you and continue the story. The ability to name your monsters is also a fun side benefit, although with 100 monsters available… I stopped that outside of a few favorites. If you are a fan of monster collecting games, and are also fond of platforming RPG’s, this is a wonderful game which I would highly recommend.