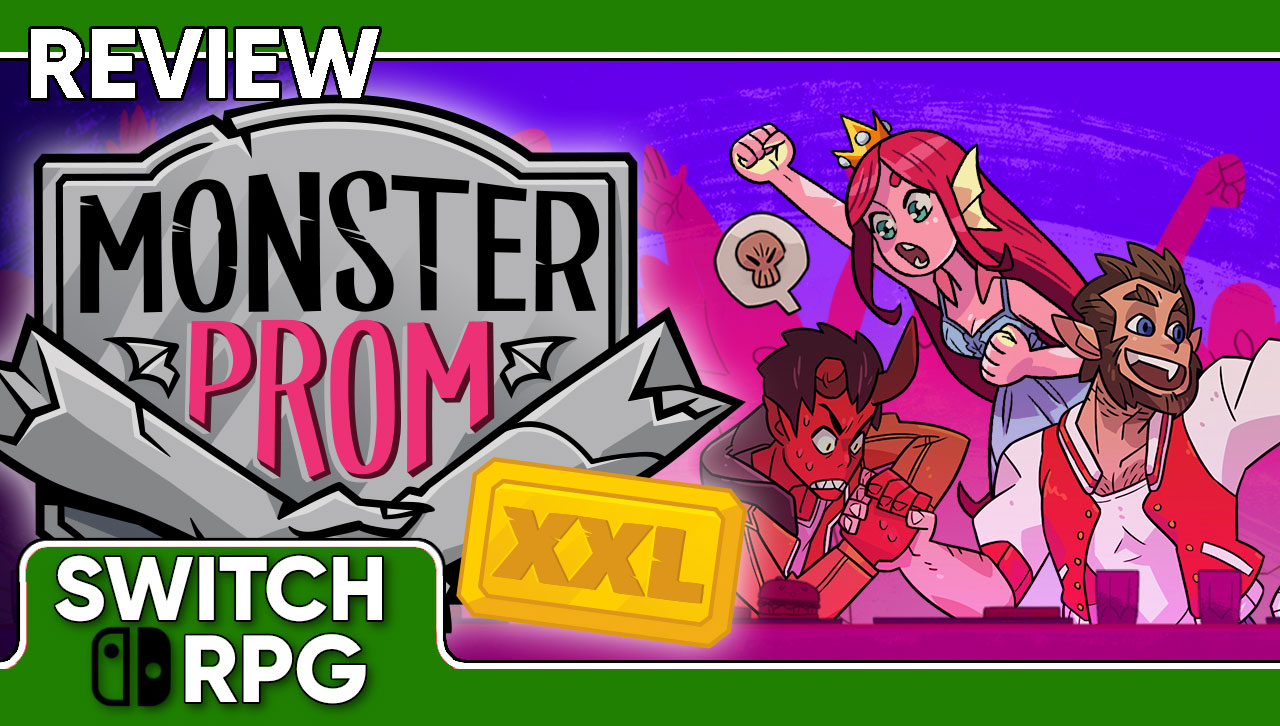 We all remember that time in school when prom was right around the corner and everyone was talking about who they were bringing, what they were wearing, and how they’d circumvent having to come into school the next day. Well, if you want to relive those high school days while also living the fantasy of romancing a monster student, then Monster Prom XXL will take you back to simpler times.

Prom is rapidly approaching, and you still don’t have a date. So what better way to spend your school days leading up to prom than aggressively trying to woo one of eight potential romance options? Monster Prom XXL comes with both the base game as well as the Second Term DLC, which adds two additional romancing options to the initial six, as well as several more scenarios, endings, and side characters. Your options for love interests include Liam the vampire, Scott the werewolf, Vera the gorgon, Miranda the mermaid, Polly the ghost, Damien the demon, Zoe the eldritch deity, and Calculester the robot. However, if you are willing to do a bit of trial and error, there are other love interests that can appear as well- or you could even decide to just take yourself to the prom. 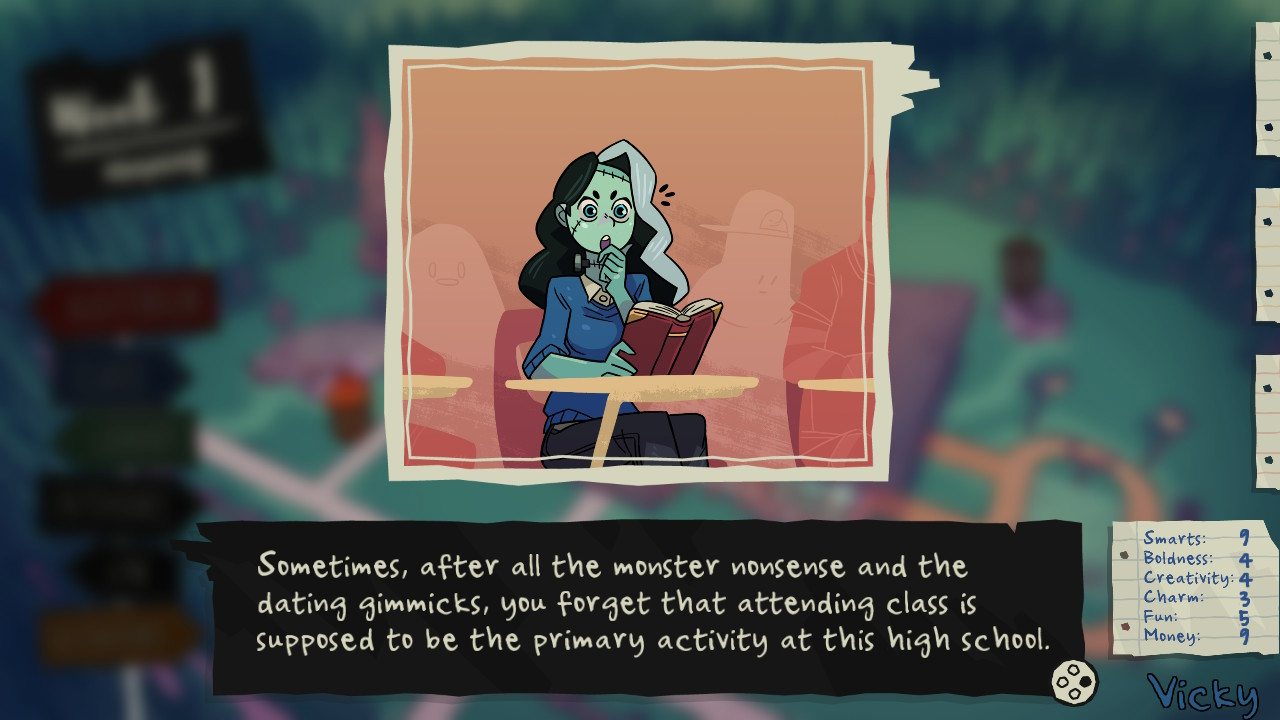 For those seeking an overarching story alongside some wacky romance, Monster Prom unfortunately does not offer that. What it does offer are wacky events contained within the single playthrough to pair with the wacky romance. In one playthrough, you may find yourself summoning an eldritch god, while in another, you’ll be discussing the finer points of dragon fan-fiction erotica. Each playthrough can yield a different set of events, and with almost 50 secret endings and over 1000+ outcomes, you’ll find yourself sinking quite some time into this game if you’re looking to 100% everything or just get a date with all of the students, whichever happens first.

Since Monster Prom is a text-based game, the gameplay is comprised of navigating to different locations in the school setting and choosing what you believe is the best answer to gain stat points. The stats do play an integral part of the game, as each response uses a stat checker to determine whether the outcome is positive (resulting in gaining stats) or negative (resulting in losing stats). Making the incorrect choice in relation to your stats won’t make or break your run, as there is a hidden affection stat, as well. However, it does help to figure out the pattern of which type of responses require a specific stat to make wooing your potential prom date easier. You can alternatively just take a guess and watch the consequences, as the scenarios of failing a stat check can get a bit crazy. 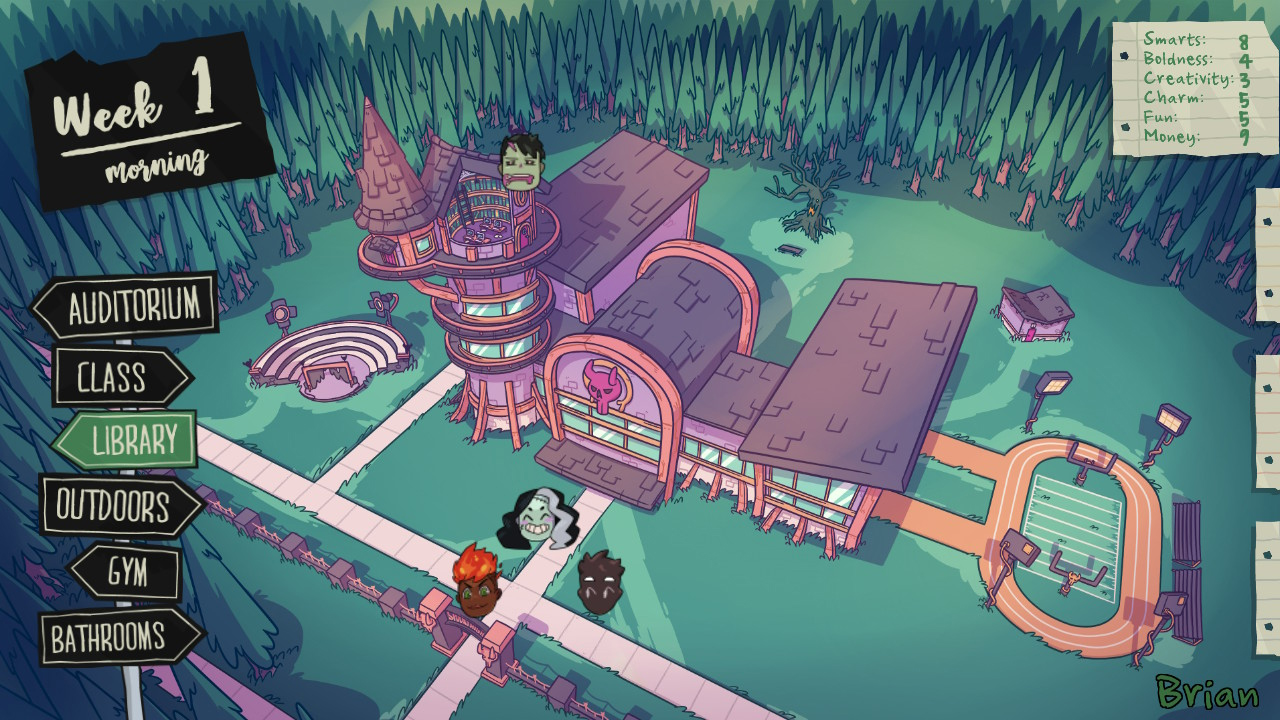 One of the things that sets this dating sim apart from others is the fact that it has multiplayer. Whether online or locally with your friends, you can play together as you race to get your prom date, helping each other along on your respective journeys to get dates, or sabotaging your friend so that only you get a date while they get rejected. If you’re going through the game multiple times trying to 100% everything (or you’re like me, and can’t seem to get Vera to accept your proposal), then you will come across the same dialogue events after a while, which is to be expected. However, the game does circumvent this somewhat by having unlockable items that appear in the store, which can prompt new events with specific characters when you buy them during a playthrough. 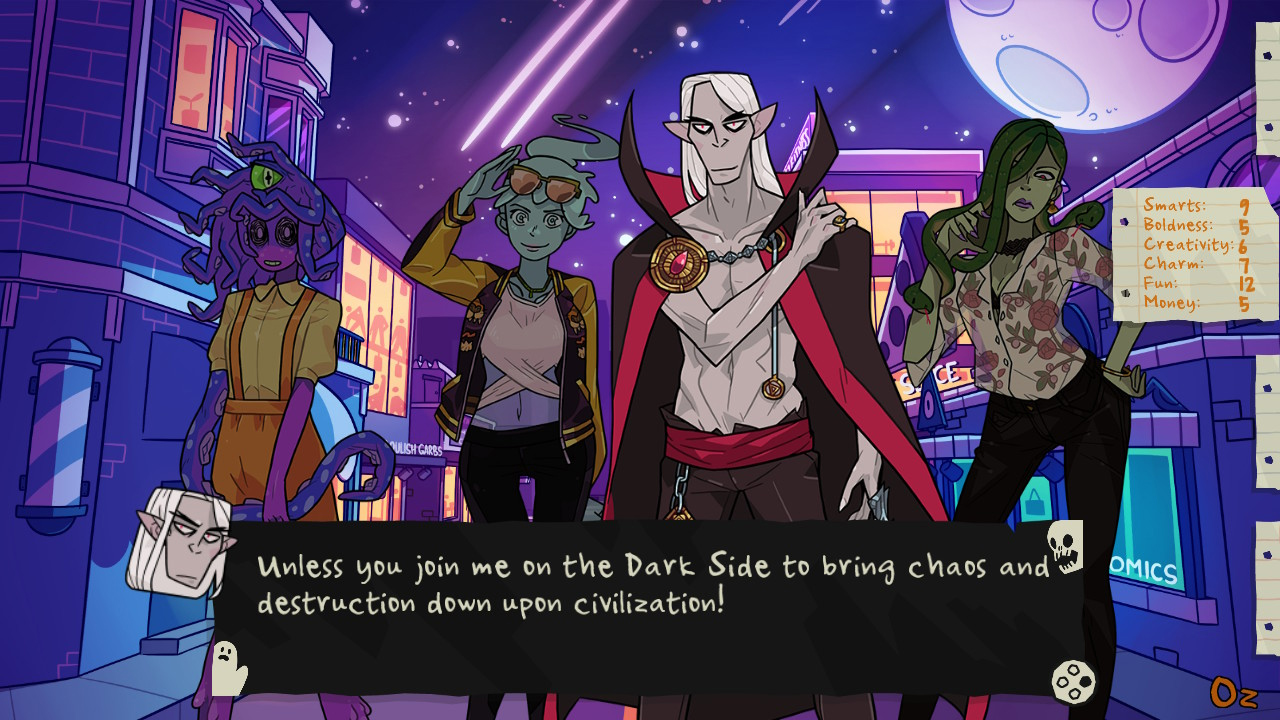 When it comes to the art, it is amazing how clean and full of life the game can be. With this being a monster game, I am glad to see that the artists went all out with the designs of the monsters. Along with giving each character multiple character graphics, each character has a variety of outfits to fit the theme of their current setting- not even just in the DLC, but the base game as well. The character graphics that unlock after obtaining the secret endings for specific characters are even more satisfying, and with each cleared campaign, you can unlock multiple images that appear in the gallery.

Monster Prom XXL is a fun, wacky game to play in-between many of the bigger titles that have released in the past few months. While it doesn’t boast a deep narrative or ground-breaking gameplay, the fun of playing to see what shenanigans the cast gets up to can take some of the stress away from life, and gaming, as well. It’s a title that’s not meant to be taken too seriously and embraces its absurdity.