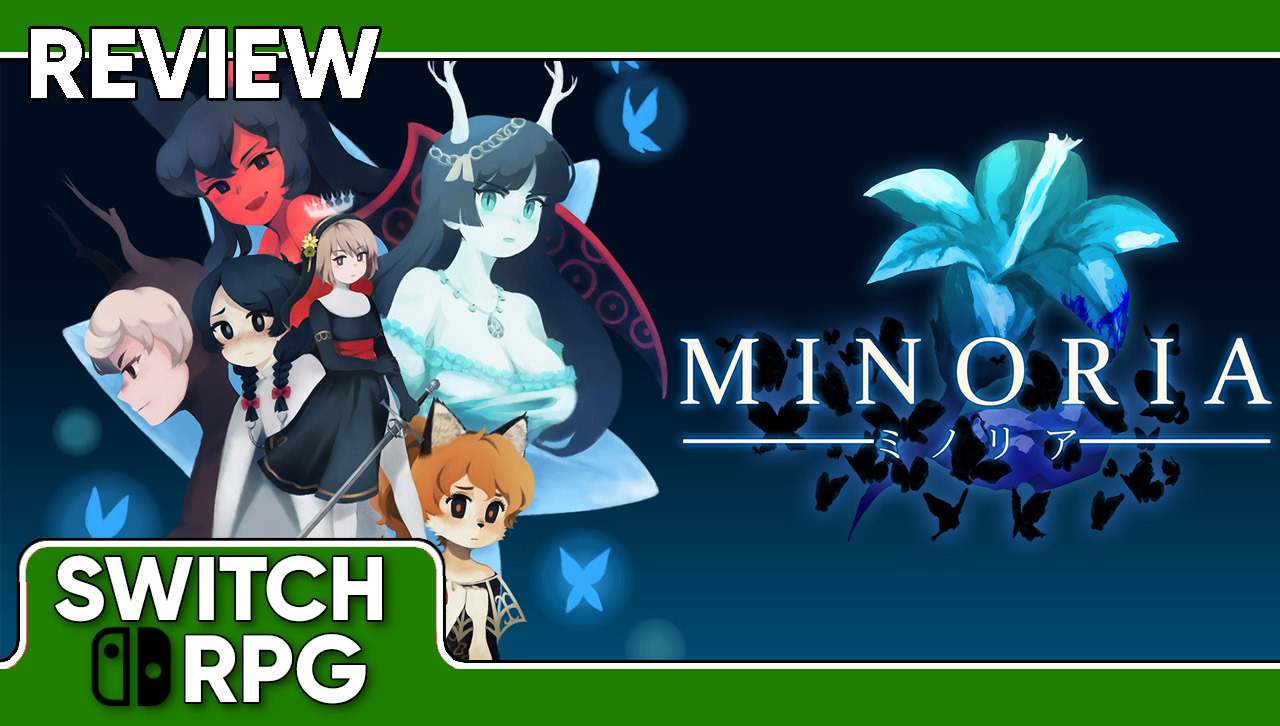 Long before the words “Dark Souls” were ever uttered in reference to a video game series, there was another series of video games with gothic roots and titanic boss battles. With Symphony of the Night, the series took a gambit with non-linear level design, equipment and level-ups, becoming the second half of the “Metroidvania” moniker. Many games have emulated this 2D style of exploration and combat, one in particular being Momodora: Reverie Under the Moonlight, a title released early in 2019 which we reviewed rather favorably. In any case, this long and winding series of connections leads now to Minoria, a spiritual sequel with an enhanced art style and… well, not much else. Does Minoria offer anything worthwhile to the genre, or is it simply more of the same?

Well, when “the same” is a damn good Metroidvania, is that a bad thing?

Minoria tasks the player with exploring an expansive environment utilizing a specific set of combat skills and a limited inventory of tools. The player can perform basic melee attacks, as well as a hugely effective parry function that will cause the player character Sister Semilla to disappear in a flurry of attacks and strike down her attacker, as well as any enemies in close enough range to get caught. The dodging system is actually rather clever, asking the player to perform a moving parry, which felt immediately intuitive despite not being tutorialized well. The player may cycle through their equipped offensive Essences with the Left and Right bumpers, executing them with the Y button. Essences are limited inventory slots that can be used to enhance attack power, perform ranged spells, and of course, heal the player when they find themselves in a pinch. 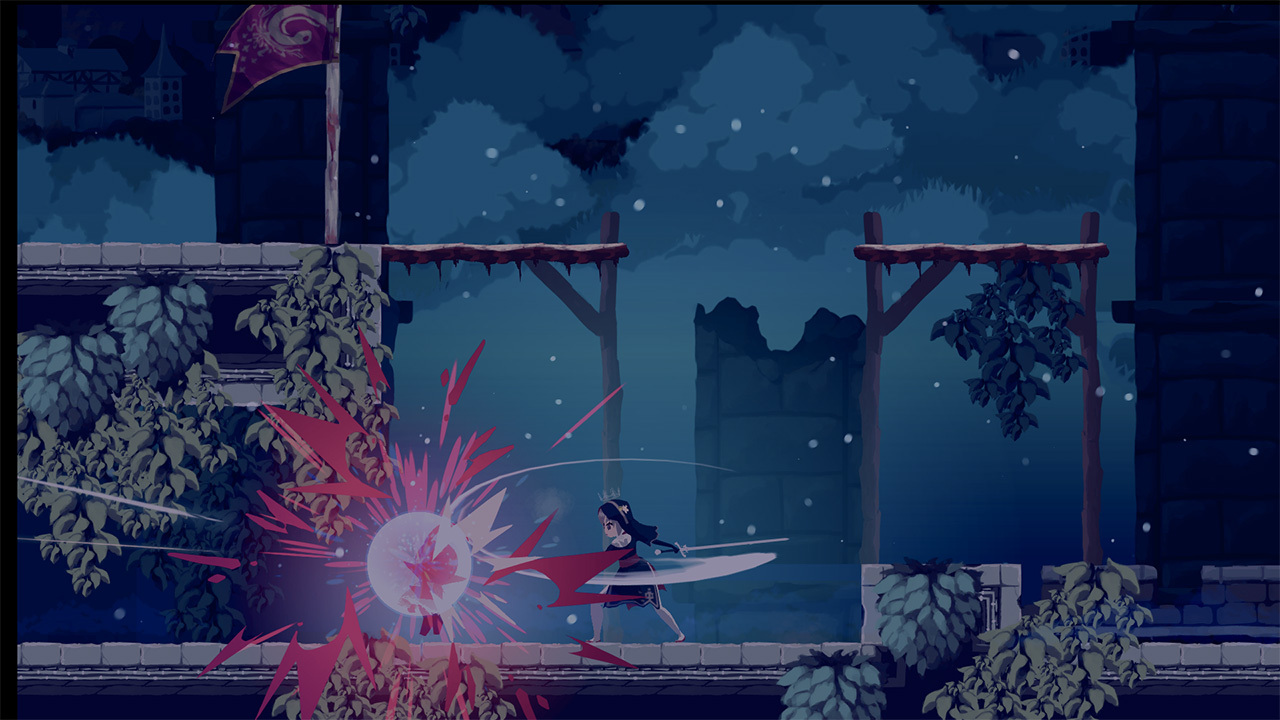 You only have three active and two passive Essence slots, so you’ll need to be wary about which abilities you equip – that is, as long as you can either find or purchase them. Obtaining Essences out in environments is never much of a search, but there are some abilities that can only be purchased via specific vendors with Silver Coins, a currency that is a bit better hidden. Pressing up against walls and keeping an eye out for odd level geometry will often yield one of forty collectibles hidden in Minoria’s world. You may not be able to purchase every Essence or item during a first run, but the New Game Plus system allows you to carry your inventory over and attempt to pick up new items.

Though Minoria features some platforming challenges that will test Sister Semilla’s increasing collection of newly acquired skills, these take second-or-maybe-third place to the other two core aspects of its gameplay loop: regular encounters and boss fights. The former is much more frequent, and can pose a serious threat if you aren’t picking up on unique enemy designs or parry timing. In truth, parrying can subvert a great deal of the danger you’ll encounter, though combinations of enemies and multiple attacks can interrupt a parry or cause some strange health reduction that doesn’t always seem intentional. These common enemies are meant to serve as barriers to your main course: the game’s punishing and fabulous boss monsters. Environmental hazards mixed with tricky enemy placements can serve as an irritant, especially when the game makes you retread a certain hallway in order to reach a specific boss encounter, but this is a main feature of the game, and much of developer Bombservice’s work has utilized a similar philosophy.

From freakish horrors of form to more intimate encounters, the bosses of Minoria all have one thing in common – if you are hit by them more than once, you can kiss your life goodbye. With a variety of attack patterns to learn, bosses are often immune to the counterattack function of your parry, so you’ll need to use it instead as a sort of temporary shield for when they unleash screen-covering attacks. While punishing and often requiring multiple runs, these bosses are more or less fair in their attack patterns, possessing specific tells that reveal their intentions and allow a brief, but attainable period for evasive maneuvers. If you’re ever feeling overwhelmed by these brutal affairs, you can always slink into a hallway and farm enemy experience to boost your health.

If there’s one thing I have learned from playing both Momodora and Minoria, it is that secondary characters are often a gamble and are hardly trustworthy. The many individuals you’ll encounter during your journey will offer up their own sad stories of misguided faith or prejudice, as the game centers around religious martyrdom, servitude, faith, and disillusionment through its cast. Sister Fran, Semilla’s partner-in-crime who mysteriously vanishes whenever there’s an enemy around, offers a tangible connection to the events unfolding, and small “party chats” allow the player an opportunity to hear the thoughts of another character every now and then. 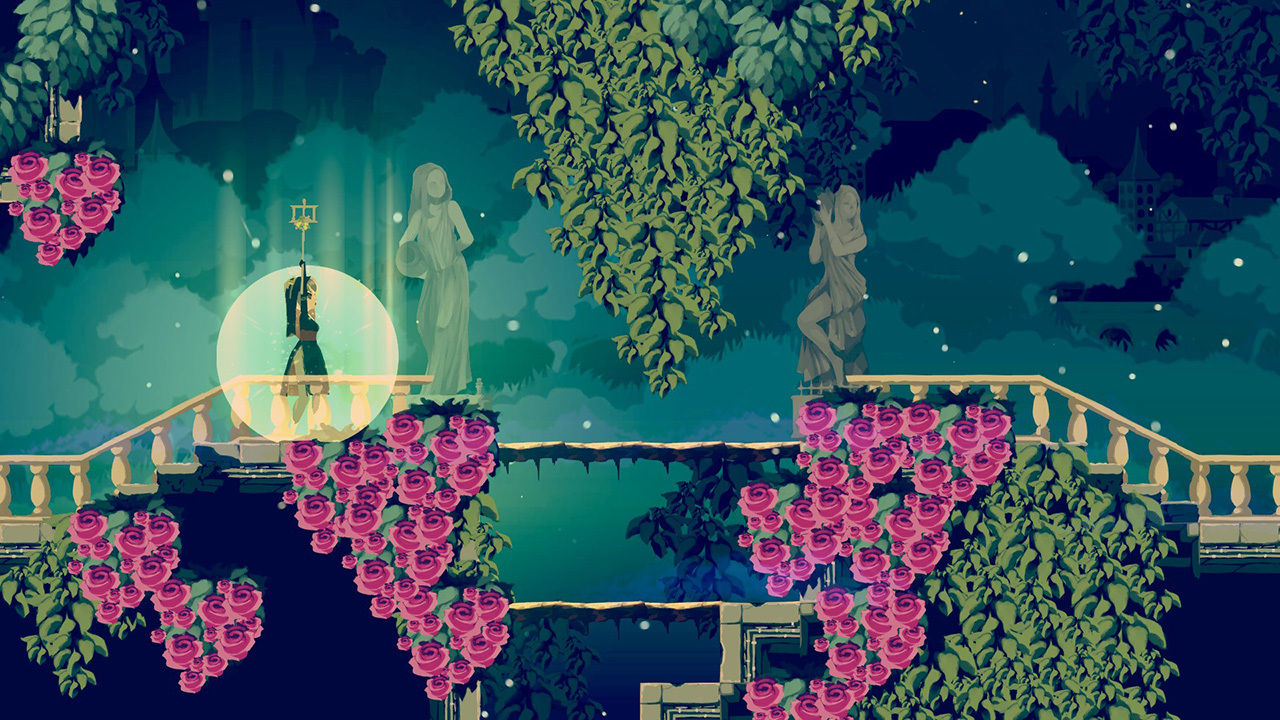 As a spiritual sequel to the Momodora titles, you’ll need no understanding of concepts or terminology upon picking up this game. With that being said, the idea that there is a larger world beyond the events that unfold within Minoria is something that always seems to come across in all of Bombservice’s titles, and it’s used to great effect here. Characters have backstories, motivations, doubts, and more – some of which you’ll be lucky enough to uncover if a particular character manages to stick around for long enough.

Minoria’s narrative is much like its art style – somber. A subdued, contemplative soundtrack echoes through the gardens, prisons, castle halls, and other vaguely medieval locales, heavily relying on morose piano lines and higher tension string sections for combat. The color palette is subdued, which seems to sharply contrast the human character design, which is once again in the style of Bombservice’s previous works. All of the characters possessing human traits are absolutely adorable, and their character art often reflects this, but even so, many are clad in browns, grays, and blacks in order to blend with the environments. Despite their cuteness, this design choice does not detract from the quiet sadness the game possesses, which is largely due to the excellent cel-shading utilized across the board for great effect. The aesthetic consistency of Minoria is not to be ignored, and though it’s far from the prettiest game on the Switch, it sells its mood and theming excellently.

Minoria possesses a bit more cinematic flair than its predecessors, largely due to the way its characters and environments are rendered, allowing for closeups and more complex animations. One pitfall of its aesthetics are its sometimes dubious particle effects, which are often translucent and don’t give a great indicator of their hitbox. If there is one aspect I found most difficult to come to grips with, it was the size of hitboxes and attack ranges, as Sister Semilla’s starting rapier seems to have deceptively long reach. Equipping new weapons with different colors and styles of animation seemed to help the issue, but it does feel as if the updated art style has resulted in an inconsistency in combat. 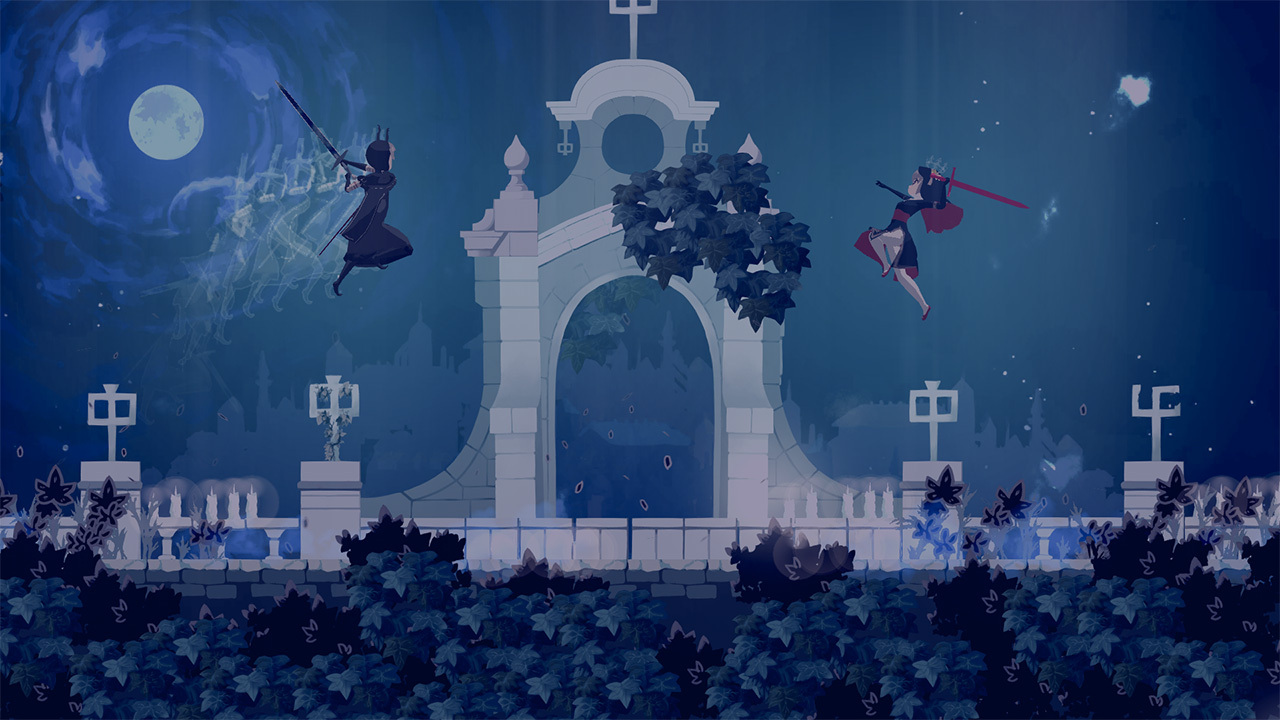 Though there are a variety of attack options in Minoria, you’ll really only find yourself taking advantage of them in boss scenarios, as regular enemies rarely take more than a simple input combo to fell. This feels like something of a wasted opportunity, as Minoria’s mobility and offensive potential begs for enemies with more complex attack patterns, albeit with a much more forgiving damage output. I could easily see smaller enemies offering up more of a challenge, in a way similar to some of Dandara’s late-game enemies, but it feels like a disservice to the present title to imagine what could exist, instead.

Minoria is a relatively short game, lasting anywhere from eight to ten hours in length, depending on how frequently you end up dying. In the spirit of the developer’s previous works, there are certain equippable bonuses you can net from defeating bosses without taking damage, which tend to flip the game’s difficulty curve on its head, though that doesn’t mean nabbing them is a simple task. While it doesn’t necessarily break much new ground in regards to the traditions of the developer, it is a lovely-looking title with plenty of unique charm. If you’re looking for a brisk Metroidvania that doesn’t overextend its welcome, Minoria is an easy recommendation. If you were looking for Bombservice to truly switch up their formula, however, you won’t find much here to appreciate, though as stated before, a competent and atmospheric Metroidvania is hardly ever a bad thing.