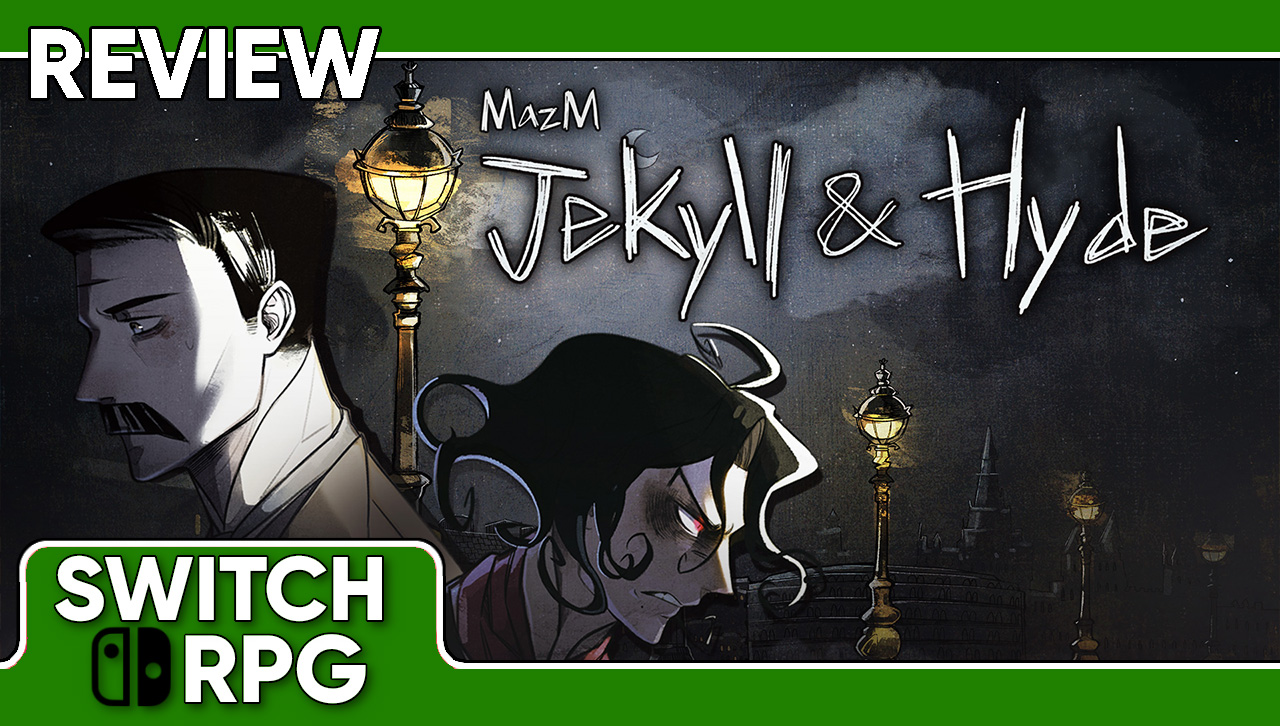 Despite being a fan of nineteenth-century fiction, I’ve never actually read The Strange Case of Doctor Jekyll and Mr. Hyde. I know of the tale, of course, but I have never seen an adaptation of the work before. According to the official site of the developers, Mazm, they wish to introduce people to classic stories via depicting these narratives through the videogame medium. After playing, I can say that I actually do have a decent sense of how the story goes, assuming that the adaptation is a reliable one. Whether this makes it an enjoyable and interesting game is another question, however. 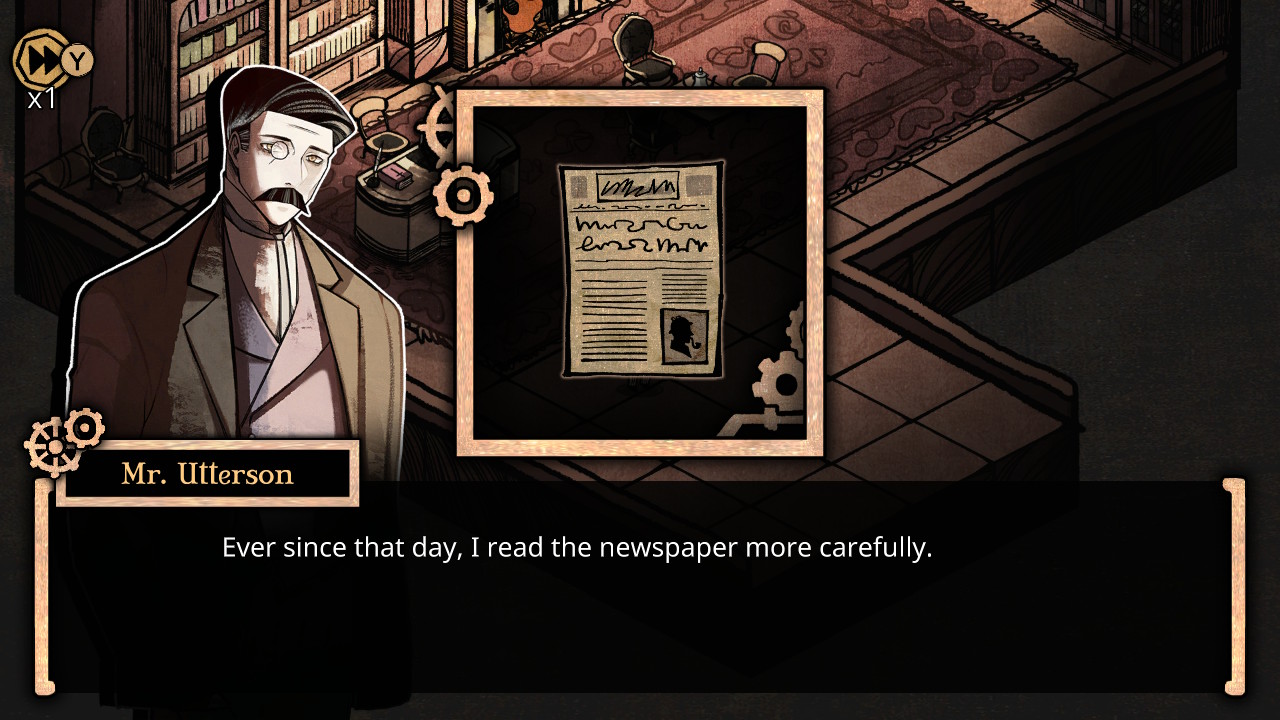 The game is set in London, 1885. You play as Gabriel John Utterson, a lawyer. As the story goes on, he grows more and more concerned about the well-being of his friend, Doctor Jekyll, a highly respected figure in society. Then, you hear about the criminal actions of Mr. Edward Hyde, someone who carries a hateful aura around him and finds it enjoyable to unleash violence. The more Utterson learns about Hyde and his connection to Jekyll, the more disturbed he becomes — I’m fairly sure most players will know what he ultimately discovers. Jekyll and Hyde has become so famous that it is now used all the time. There is no question of suspense here for most of us, so the story has to work without relying on this. Does it? Yes, to some extent. You may know the general concept behind the story, but it is still interesting to read the particular details and learn about the other characters involved, such as Utterson himself. It is also helped by the fact that you get to play as Mr. Hyde, which lends a refreshing (albeit disturbing) twist.

The game is at its most engaging when Mr. Hyde is involved. At first, one of his criminal moments actually amused me, during a ludicrous scene in a pub where he starts vandalizing the area while the owner is appalled. My amusement vanished once he moved on to a particularly disturbing murder scene. There is a sinister little chuckle that he also uses often during certain scenes, which adds to the unsettling aura.

Perhaps the biggest surprise was that his other half, Doctor Jekyll, was actually somewhat interesting, too. I expected the man that Utterson thought of — pure and kind – instead he comes across as a lot darker and devious than you might think. We see this through his interactions with a delivery person, where he rants about his experiments to divide the good and bad essences of a human. There is another good scene where he does charity work in public, and we follow his thoughts as he does so, revealing that he is doing it to put up the appearance of goodness and throw off suspicion. 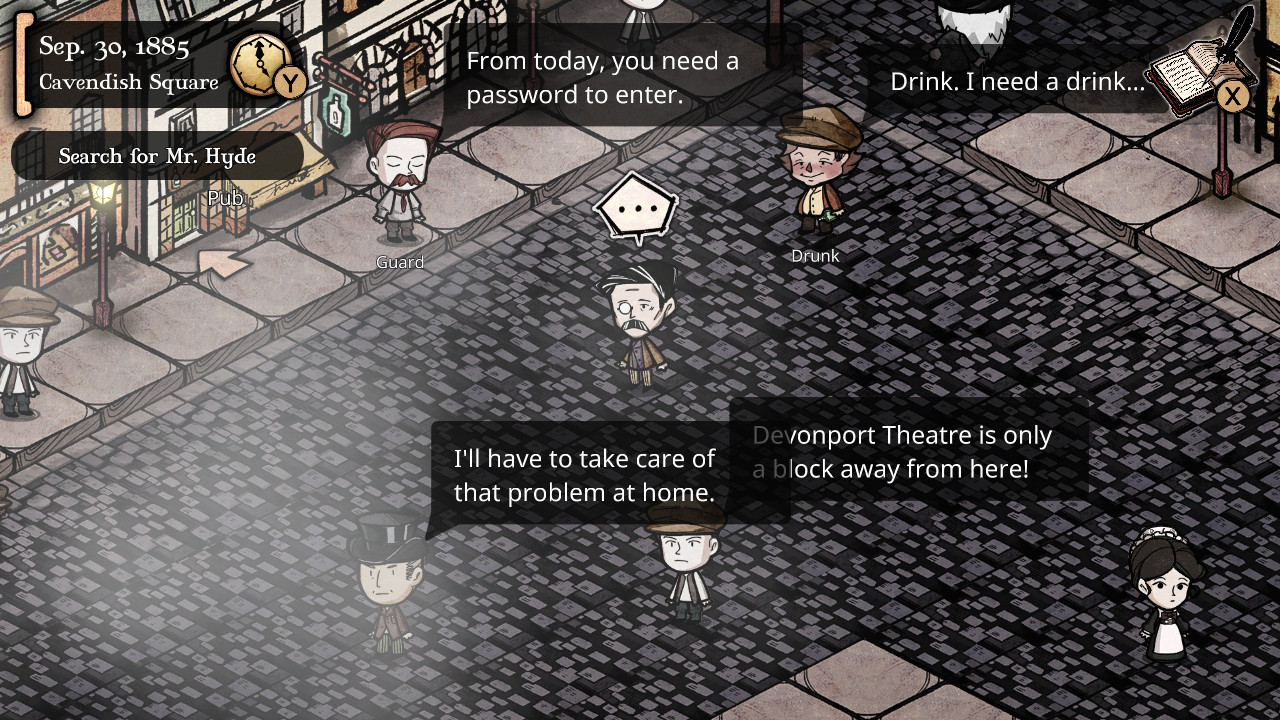 The gameplay is the weakest aspect. You mainly just walk around using the analog stick or D-pad, and tap the A button when you see an option to engage with something. There are a few little puzzles here and there, along with scenes where you have to tap a button quickly or at the correct time. The puzzle aspects can be a little fun for a few minutes, but they aren’t very difficult. It’s not a particularly replayable game either.

Perhaps the nicest touch here is that you can unlock various bits of trivia on Victorian England if you explore and engage with enough people and objects. It’s genuinely educational stuff, with reference to famous authors of the time, religion, etc., and it helps you to get into the world of the story. The game offers “optional cases” where you can play through a group of scenes that help to flesh the story out if you want (I chose to do all of these). 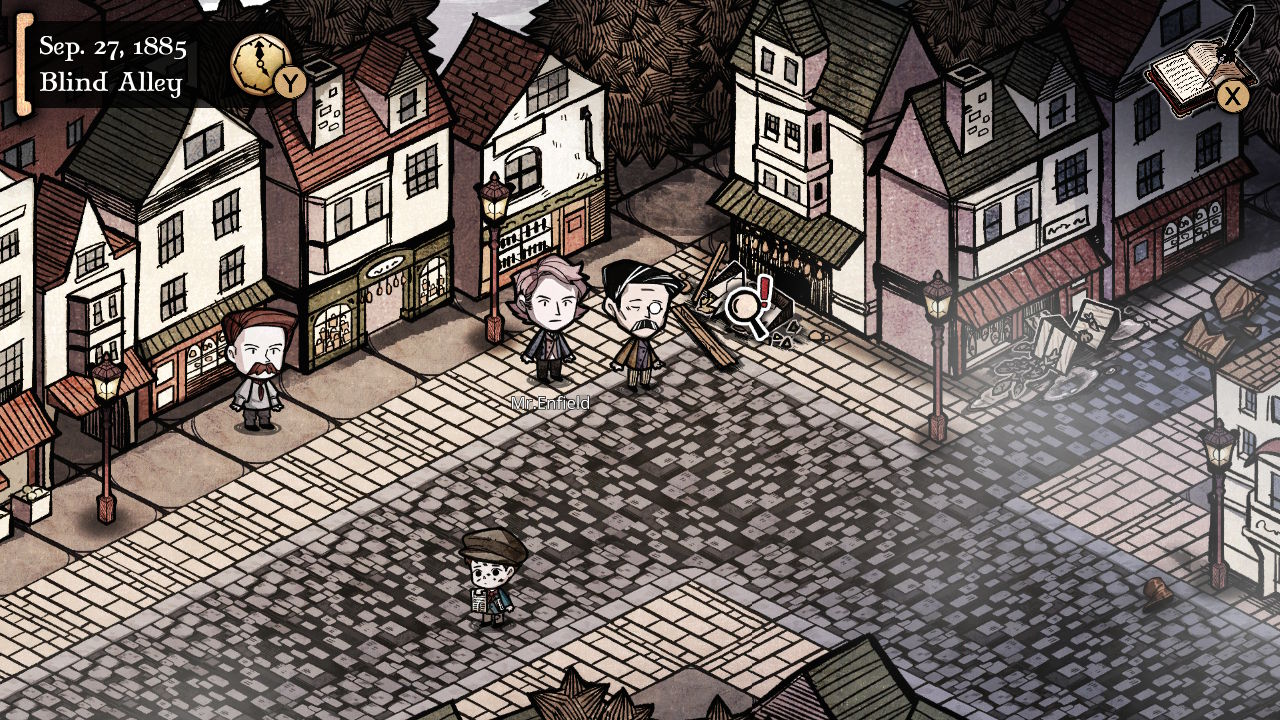 The visuals are polished; I particularly liked the character portraits that show up during dialogue. They have a great sense of detail and distinctiveness. The in-game character models are also pretty good, and I like that you can see the streaks of grey in Utterson’s hair and the wrinkles on his face. I’m not sure about the oddly large heads, though. The background and setting art are also good, like the well-lit room in Utterson’s mansion, with books and a small study table, or a grim looking depiction of Bolton Street in London. There are also “paintings” that you can see by progressing through the story — they depict significant scenes of the story, such as the first meeting between Utterson and Hyde, and they are done well. In terms of music, I can only remember one track, to be honest — although it’s a good one, with a sense of eeriness and tragedy.

MazM: Jekyll and Hyde is an interesting story, but also predictable due to its fame, and is very light on gameplay. If you’re curious about the story and don’t mind the gameplay issue, it’s not bad at all. The art is also attractive. It’s worth a look — but keep in mind the low level of gameplay and its lack of replayability.