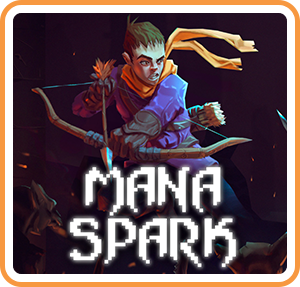 As we careen towards the end of the year, it seems only fitting that one of the final titles should be a rogue-lite, one of the more difficult genres to cover in a crunch. Mana Spark is a bit different from the rest, however, in that its currency system is far more forgiving than most, but as a result, it relies heavily on precision combat. Does this combination of mechanics end up creating a must-play entry on the Switch? Read on and find out.

Mana Spark involves a lone protagonist battling their way through a number of randomly-generated dungeons on their quest to rescue members of their village from some fiendish, ruthless orcs. These labyrinths grow in size and complexity as the player progresses further, adding in environmental traps and increasingly fierce foes. Along the way, players might find a treasure chest or two that contain a temporary buff that will boost their abilities in combat. Sound familiar? It should.

Mana Spark’s character and loadout options open up as the player progresses further into the dungeon, with a new character being unlocked with each surmounted boss battle. Every player will have to start with Ellis, the hunter, a bow and arrow wielder with slow reload and a limited dodge. This is a bit strange, seeing how he is the lesser of the two ranged characters, and upon unlocking Jasika, I cannot imagine anyone continuing to use Ellis. However, if players are looking for a challenge in their rogue-lite, they can bench Jasika and her crossbow for this more difficult play style. 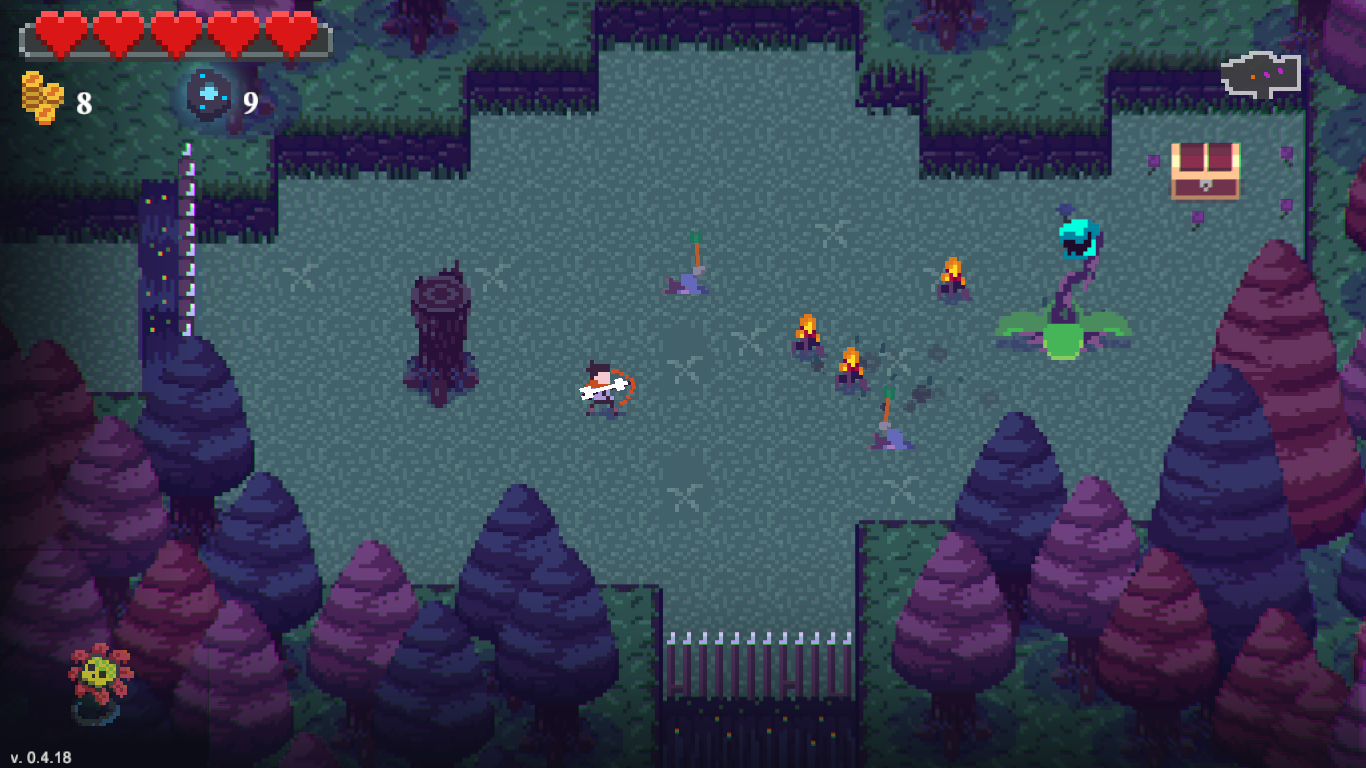 Players need to unlock every aspect of their base camp, which allows them to equip certain secondary items, give themselves a buff based on meal consumption, and research the weaknesses of enemies- which in turn makes them less effective when performing dungeon runs. All of these abilities- from each sub-weapon, to their individual tiers, each enemy type, each meal- all of these must be upgraded via Mana Runes, the currency system of the game. This currency, which is different from gold (used within the dungeon in order to buy temporary buffs), can be picked up from fallen enemies, but will not be carried back to the base camp unless collected at a Peculiar Room. These rooms function as quick save points, as well as a primary source of temporary buffs.

While the amount of currency needed to max out all of the various options in the game might seem daunting, the best option is to stick with a certain upgrade tree and follow it through until the end. Because of the difficulty of the dungeon experience, it is likely that the player will cycle through the first Peculiar Room a number of times, netting them a fair amount of Mana Runes. In other words, the tried and true method of min-maxing will grant a player access to at least one or two high-tier sub-weapons or meal loadouts relatively early in your playthrough, which might make the game far easier.

Mana Spark has a languid pace about it, with a quiet soundtrack that pulses as the action grows in intensity. Its color palette starts soft and dreamy and slowly descends into darker shades, creating a sort of ethereal mood that makes for a nice, relaxing playthrough. The actual gameplay is almost entirely the opposite, however, as the game uses methodical movement and attack options, tight corridors, and the ebb and flow and cooperative enemy AI in order to create high-tension scenarios. The last of these means that enemies beyond the first few floors of the dungeon have very small windows of vulnerability, and the main challenge of the game is positioning the player character in the opportune spot to take advantage of these vulnerable states. Of course, the more enemies that appear on screen, the less simplistic this process becomes, though it is somewhat facilitated by enemy projectiles actually dealing damage to one another.

I cannot stress enough how difficult the opening moments of the game are, as Ellis’ slow reload time and limited dodge put the player on edge whenever an enemy is within decent range, though a degree of control wrestling is also present in Mana Spark’s button layout. Because of the range-heavy nature of the game, the player cursor is mapped to the right control stick. However, its very high sensitivity causes the camera to jerk around in a manner that can prove very disorienting. This is a feature that cannot be altered in any of the game’s menus, and needs some serious dedication to overcome. It is not so overwhelming that it makes the game unplayable, but its an added layer of difficulty that doesn’t make the experience more enjoyable. 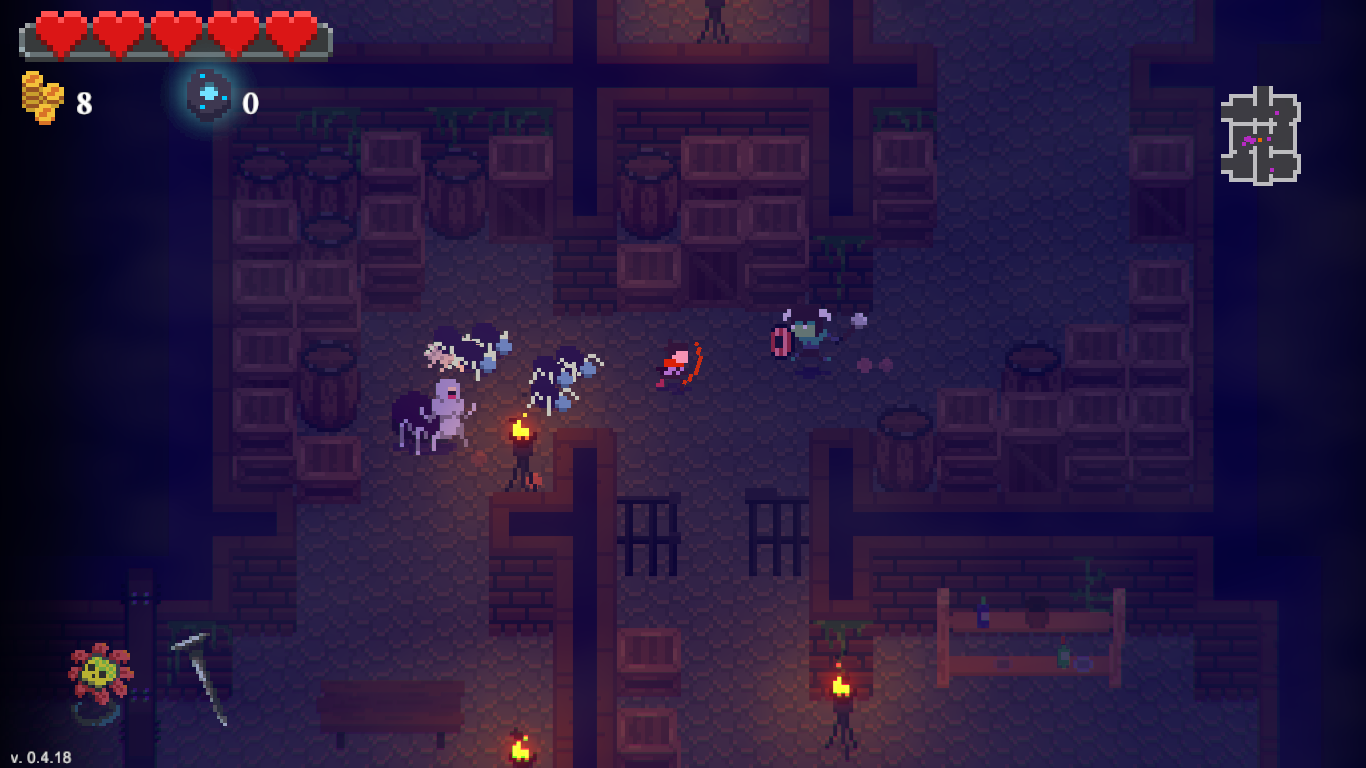 Some of Mana Spark’s obscurity lends it a mystical feel, but there are several mechanics in the game that sadly remain hidden unless a player should go out of their way to consult the internet, such as the binding system and library system. This could perhaps be intentional, as it masks the complexity of the game and may lead a player to assume that the entire experience is much deeper and lengthier than expected. Of course, this is leads us to the ultimate caveat of Mana Spark, which is that it is a relatively short title for a rogue-lite, its dungeon not going very deep. Depending on how the randomized number generator gods roll, one might find themselves with a winning loadout after only five to ten hours of gameplay. Although Mana Spark has the added benefit of three very distinct characters with different play styles, with Ellis feeling like a straight downgrade of Jasika and a third character unlocked after beating the game, getting the most out of the title will require more effort on behalf of the player rather than the game’s length and increasing challenge.

Is this necessarily a bad thing, though? In my experience over the last year, having finally been exposed to the rogue-lite genre and all its glory, it is somewhat satisfying to play a game that is a bit more straightforward with its progression. Mana Spark still boasts an impressive amount of difficulty and variety, with unique variations of its basic enemies appearing as mini-bosses, and several risk and reward elements within its dungeons that allow each run to feel markedly different from one another. If you are looking for a definitive rogue-lite experience on the Switch, there are other options out there that will give you a bit more bang for your buck, but BEHEMUTT’s title is an admirable take on a genre that can often be a bit too exhaustive for its own good.