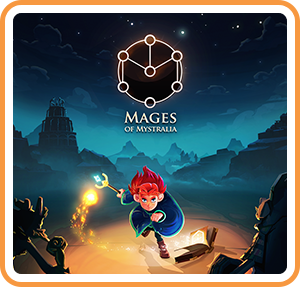 It’s not very often that games in which you roleplay as a mage actually make you feel like one. Mages of Mystralia, which released on multiple platforms in 2017 and is now headed to Switch on January 29th, is one of the rare exceptions that, I feel, truly encompasses what the concept of a real mage. An outcast, but coveted by some, powerful but frail, and only through hitting the books will you truly master your spells. But the real question is this: does actually feeling like a mage translate into genuine fun and enjoyment? Let’s find out. 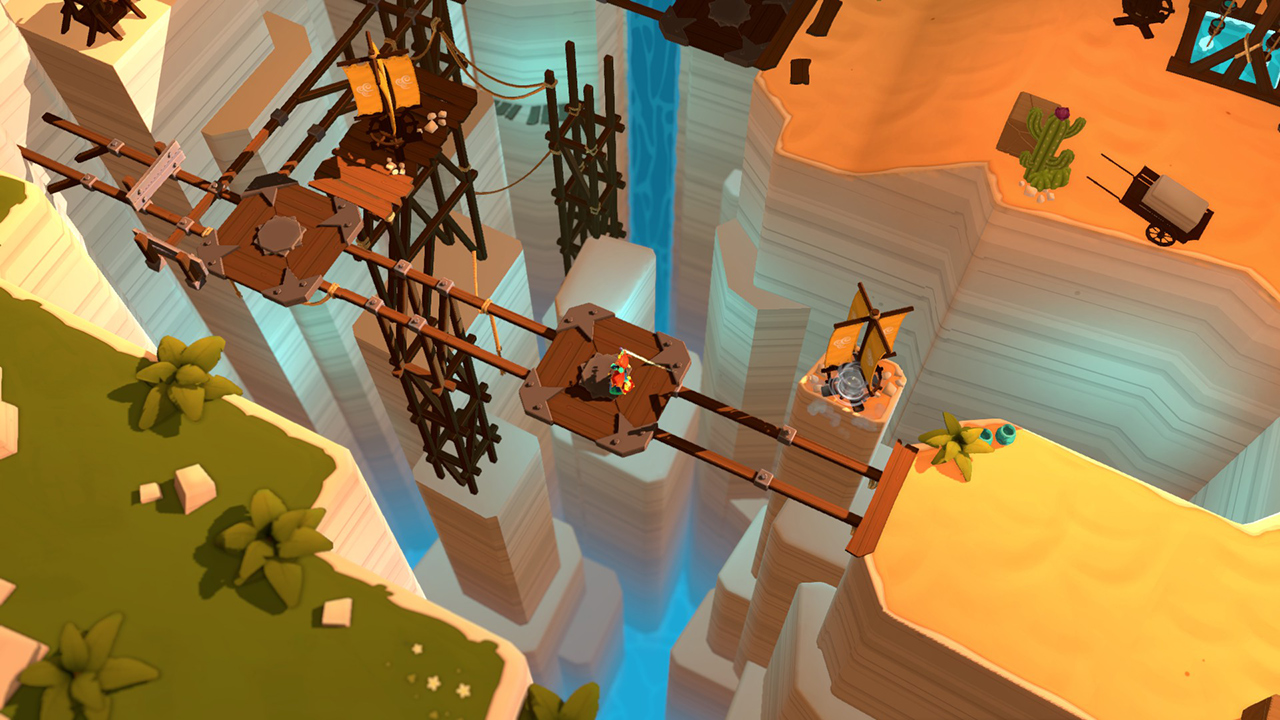 You play as Zia, a girl with a natural affinity to magic that, unfortunately, comes to realize her potential in a time where the magically-inclined are sentenced to exile. Seeking to harness her own powers, she sets out in hopes of doing just that, and hopefully finding more like herself in the process. Although she finds a hamlet of exiled mages, things quickly turn for the worse thereafter when an eclipse encompasses the sky. Although this phenomenon can be exciting to behold in our own world, it often spells doom in Mages of Mystralia. But someone has to get to the bottom of these things: is there another reason for keeping the mages in exile? Is the eclipse truly an ill sign, or is it something more this time around?

Mages of Mystralia does a great job of storytelling, and there’s plenty to dig into if you want to know more. While there are no branching dialogue paths, most NPCs can be interacted with multiple times, leading to different bits of dialogue with each conversation. This is a bit of an anomaly in lower tiered games as you’re often just lucky to have a single string of dialogue per NPC – if that. NPCS also will recognize side quest completion seamlessly – in other words, without going through their normal spiel of dialogue before having to speak again to turn in a quest. It is little things like these that make a huge difference in creating a believable world, and even though I was not overly interested in the story myself, I can see lots of potential value in it for others. 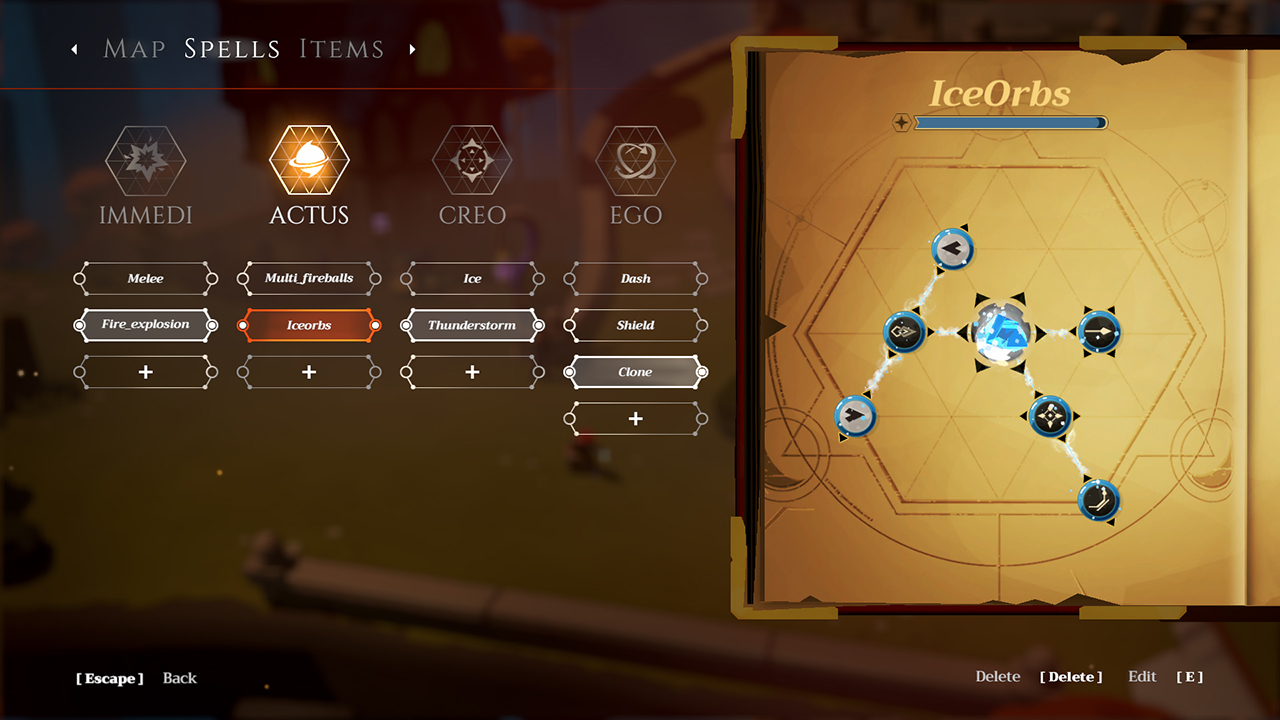 Your quest will take you down paths full of dangers, traps, and puzzles, and the only way you can expect to be successful is through mastering your spellbook. In Mages of Mystralia, you literally build your spells from the ground up. While a mere four spells at your disposal might seem like a joke at first, the amount of customization available to each of them makes your actual wizarding arsenal much larger than what meets the eye.

Across your adventure you will find runes in which you can etch into your spellbook, modifying the spell as you go. A simple fire-based trap not your idea of fun? Try a triple fireball that, upon impact, creates sheets of ice on the ground. Have no use for your damage-absorbing shield at the moment? Throw a few runes on it and create a dashing spell out of it. You can build up multiple versions of individual spells and can swap them in at any time via a very useful quickslot mechanic.

The worst part about the spell system is that it takes a quite a while to get interesting. While it certainly is more realistic to start out with nothing and build up your runes over time, it isn’t that fun in practice. But once you do start obtaining runes, the whole fantasy behind being a mage and truly “mastering” spells through experimentation really comes to life. And depending on what difficulty you chose, you will definitely want to experiment with your available toolkit. Basic enemies can be handled with ease, but only if you keep your wits about you by staying on the move, and taking the spellcasting vulnerability period into consideration. Boss battles are varied and exciting, and some will definitely test your mettle. 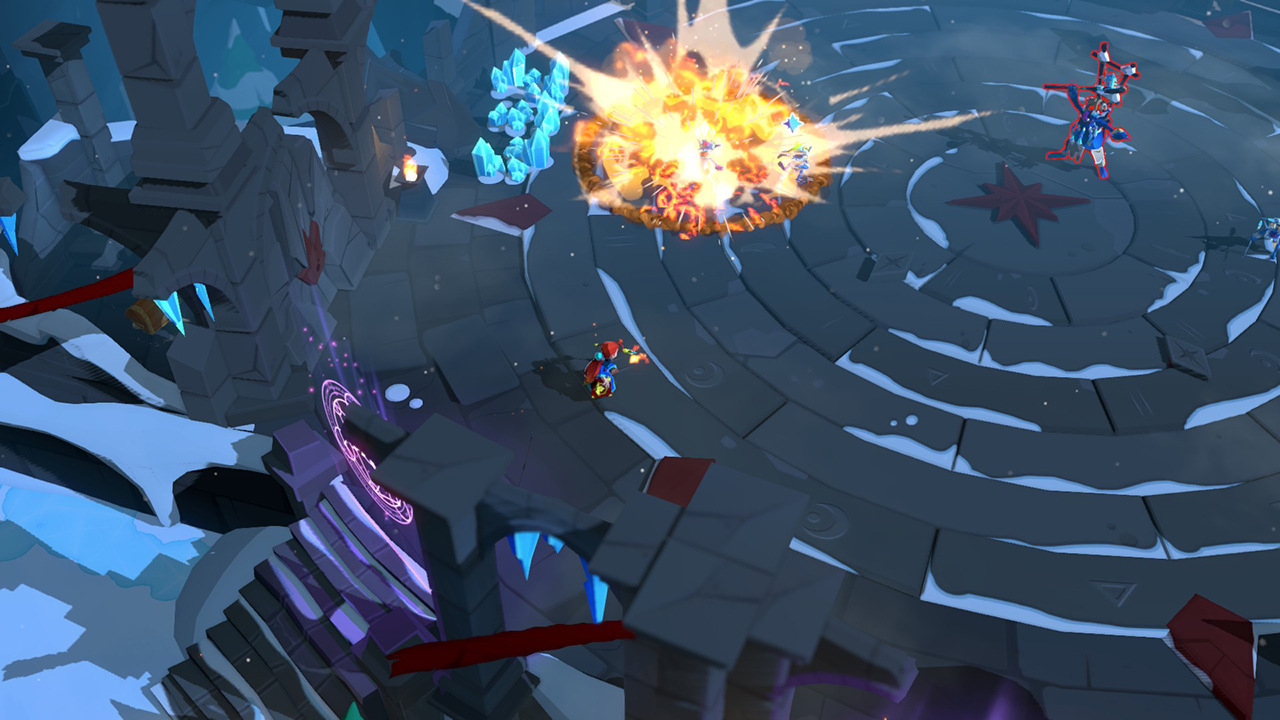 Mages of Mystralia is packed with puzzles, but the majority of them can be compiled into two categories, constellations and environmental ones. The first type has you lighting up objects in a constellation-like pattern while the environmental ones are about what you’d expect – killing enemies and/or using your magic to clear the path. None of these are overly difficult but they are all enjoyable, and the game will even warn you if you are attempting a puzzle that you are ill equipped for, saving you time and avoiding needless frustration. The only real negative to the puzzles is that they typically only have one way to be solved despite the massive amount of spell modifications available to you.

Mages of Mystralia has its own share of side content, but it suffers from one major flaw: you cannot track your progress. Perhaps you want to skip an in-progress side quest but want to come back to it later? Well you can, but good luck with keeping up with where you left off. This is further compounded if you are tasked with multiple side quests at a time. Now, I’m not asking for any sort of handholding outside of just keeping track of how many bags have been found for Rachel. Almost every game I can think of at least manages to do that, and it seems odd to leave it out entirely here.

Much like your typical Zelda-like adventure game, be prepared to hit roadblocks only to come back to them later when you have the necessary tools in hand. The game’s world isn’t overly large, and a form of limited fast travel becomes available to you pretty early on as well. Luckily, you will occasionally open up shortcuts with your new-found goodies when backtracking, so traveling really isn’t an issue whatsoever. 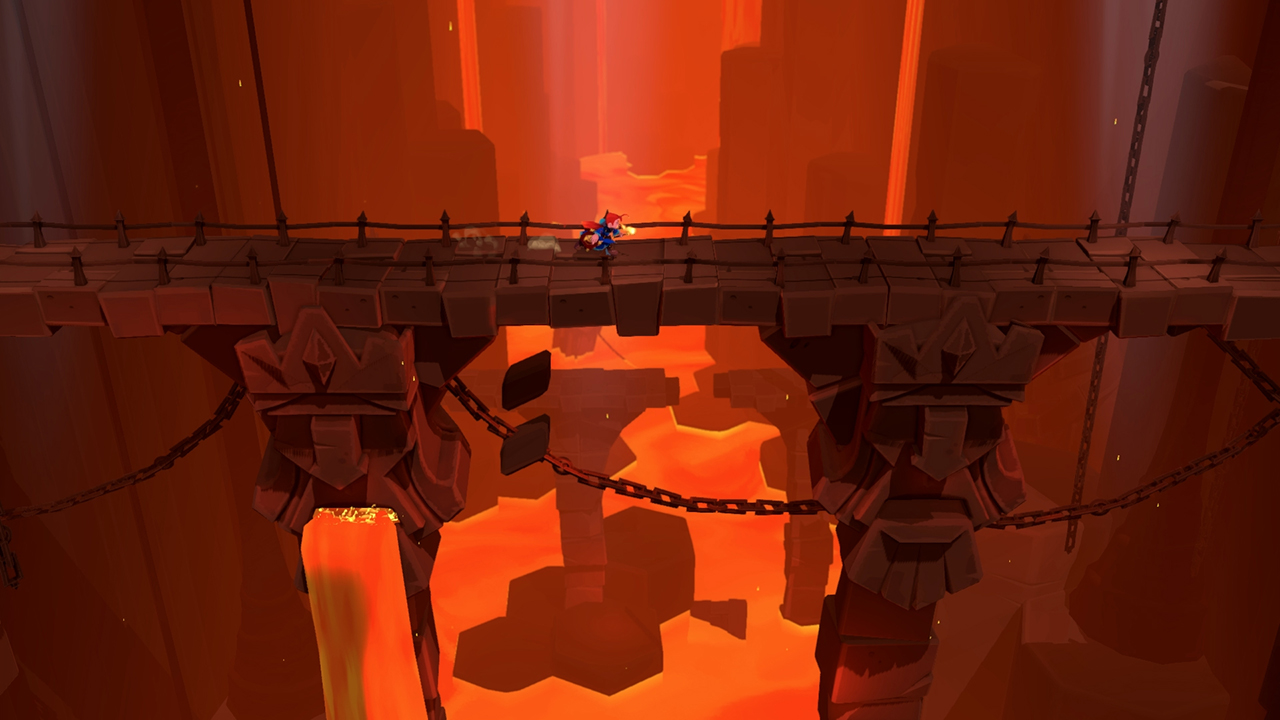 Mages of Mystralia looks and feels kind of like an N64-era game, but I mean that in the most flattering way possible. I’m a sucker for a good “cartoony” approach to graphics, and the look here is distinct and further amplified by its somewhat cel-shaded properties. The overall look just screams out to those nostalgic days of yore, when you huddled around a CRT television in hopes of getting lost in that next big adventure game (for me, Ocarina of time).

Not everything is grand aesthetically though, as there are clear issues with how shadows are populated on characters and enemies alike. While not always obvious whilst in the fray, the constant flickering is a huge detractor during the cutscenes especially. There are some instances where the framerate will bog down a bit as well, but typically only during moments of intense spellcasting or weather-effects but luckily never to the point where it becomes a hindrance to the combat itself. Perhaps these things can be fixed in a patch post-launch, but I can’t say for sure. The soundtrack, on the other hand, is simply excellent and I would highly recommend that you take a listen for yourself.

Mages of Mystralia is basically Zelda with wands, and that’s not a bad thing. Probably the worst thing about that fact is that it isn’t what I would consider an RPG, but the game was not marketed as one either. However, when I saw spellmaking my mind immediately went to Elder Scrolls: Oblivion and I simply hoped that Mystralia would end up having more elements of the RPG genre than the occasional weapon and resource upgrades. Regardless, I laid in the bed I made and found Mages of Mystralia to be a good action adventure game. The occasional dips in performance, shadow-based glitches, and lack of side quest tracking are minor annoyances, sure, but are annoyances nonetheless. And despite the story being well fleshed out, I found the combat and puzzle solving to be the more interesting parts of the game. Most importantly though, Mages of Mystralia makes you feel like an actual mage with its spell creation system, and who doesn’t want to be a freaking wizard from time to time?

But, I’m already a Wizard of Legend.

I’m really looking forward to this!