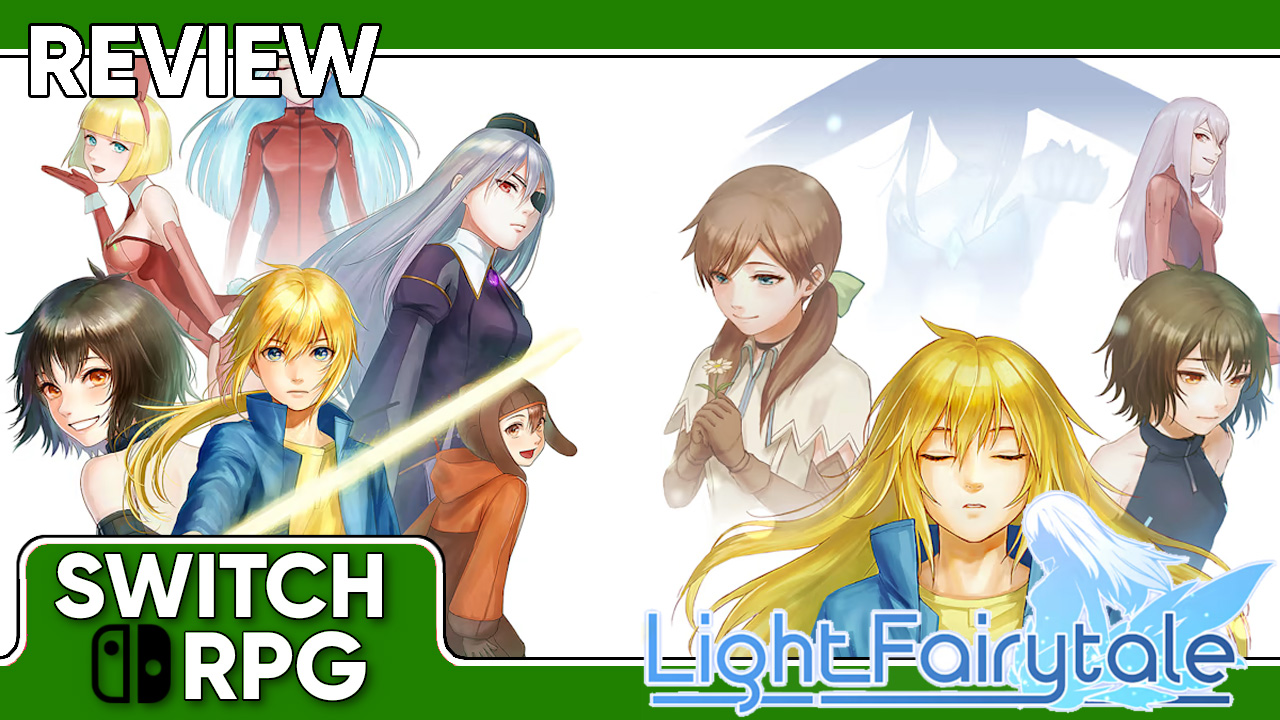 Many often regard the ‘90s as the golden age of JRPGs. It was a bittersweet time where the developers were transitioning from some of the absolute best pixel art adventures of the time (Chrono Trigger, Final Fantasy VI, etc.) to 3D/pseudo-3D experiences like Final Fantasy VII. Naturally, many developers today seek to tap into those nostalgic reserves with some modernized throwbacks to the games many of us adore from that time.

But this is often a foolhardy endeavor because one can never truly go back to “the good ‘ol days.” And despite the rather faithful presentation, the Light Fairytale series is one such example of leaning too hard into inspiration without offering much to make it stand on its own. 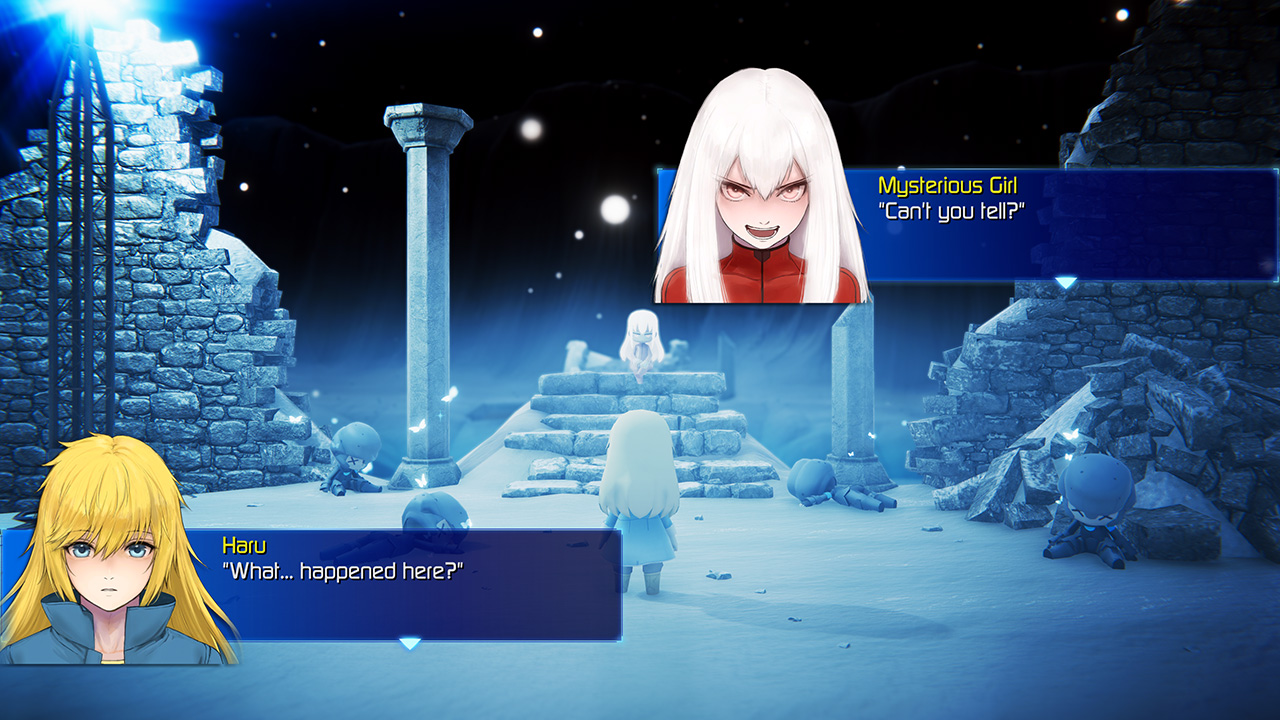 Light Fairytale is an episodic series focused on teens Haru and Kuroku. In Light Fairytale Episode 1, Haru is presented as a dreamer of sorts, with a distinct vision of sprawling fields and blue skies ingrained in his mind. Problem is, he’s never been to such a place before. Both youths live in the underbelly of a city, not so different from that of the Midgar slums in Final Fantasy VII. As Barrett once said, “it’s because of that gosh dang pizza that the people underneath are suffering.” There is no blue sky – or at least the folks below have never seen one.

But after speaking with a soothsayer, Haru is emboldened to find out the truth about this vision for himself. Unfortunately, this isn’t as cut and dry of a mission as it might seem, as an evil empire aims to make life as miserable as can be for the inhabitants of the city. After a few run-ins with them, and one peculiar general, Haru and Kuroku aim to escape the city, join the rebels, and maybe, just maybe, find that sky one day.

In an attempt to avoid spoilers, let’s just say that Light Fairytale Episode 2 picks up immediately after the events of Episode 1, though it has surprisingly far less narrative substance than the first episode did. Although both episodes allow the player to experience the story from two different perspectives – more so Episode 1 than Episode 2 – their contents don’t really add a whole lot to the overarching plot. That said, Haru, Kuroku, and a couple other notable characters are certainly likable, but these games are just so short and devoid of meaty narrative bits that it’s hard to say just how well things could eventually play out. 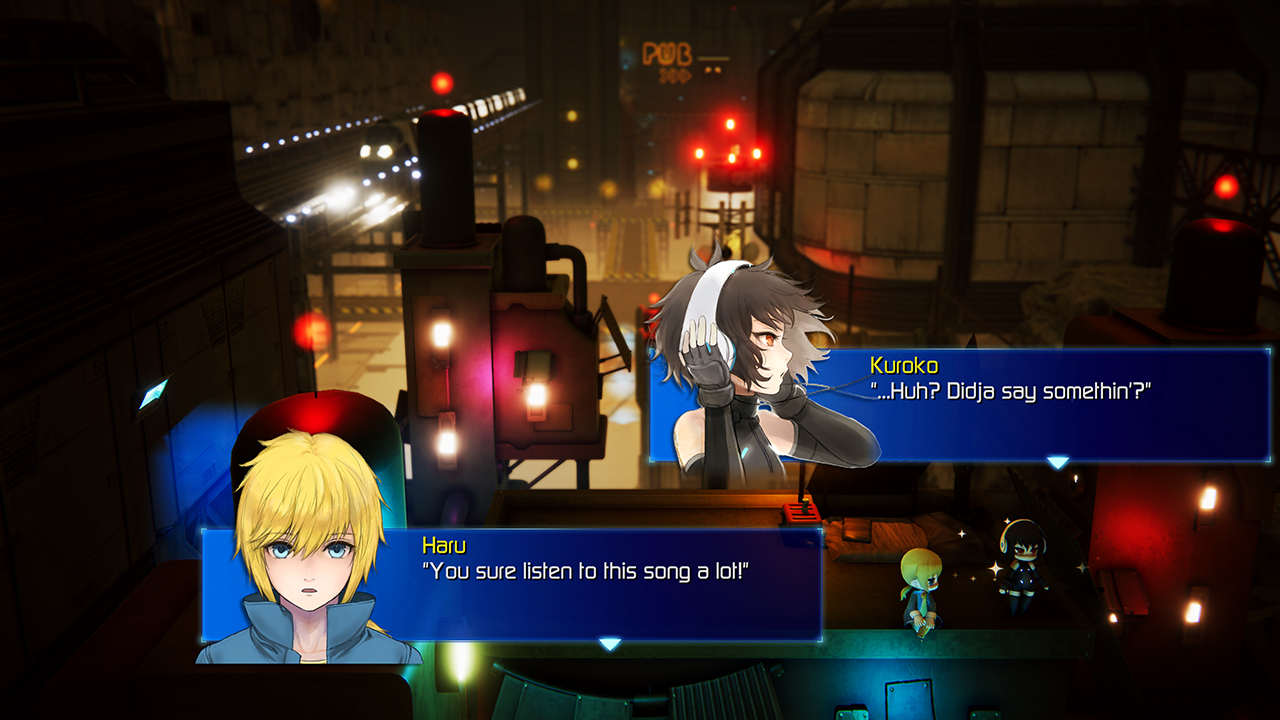 This leads to the number one issue with the Light Fairytale series: it is episodic in nature, and it just doesn’t do enough – story or otherwise – to really make it worth the multi-pronged price of entry. Episode 1 in particular narratively moves way too fast, leading to many underdeveloped moments and nonsensical situations. For example, Haru and Kuroku decide to lay low after their heated run-in with the empire general, only to turn immediately around and blow things up with bombs and want to join the resistance. Do what, mate?

Episode 2 has the opposite problem in that it just doesn’t have a whole lot of story whatsoever, instead focusing on what feels like a side story – albeit a decent one – rather than something of overarching importance. And keep in mind that we’re just two paid episodes into a story that feels like it’s not going anywhere fast. The concern here is that this adventure simply doesn’t have the narrative chops to support the episodic nature the developer chose to run with. The idea behind a sky that hasn’t been seen by normal everyday people is quite interesting, but its execution thus far is a bit concerning. After all, one must be incentivized to keep investing in this type of monetization scheme or things will turn sour quickly. Not only that, but it does feel a bit distasteful having a nostalgia-based adventure in episodic form – but maybe that’s just me. 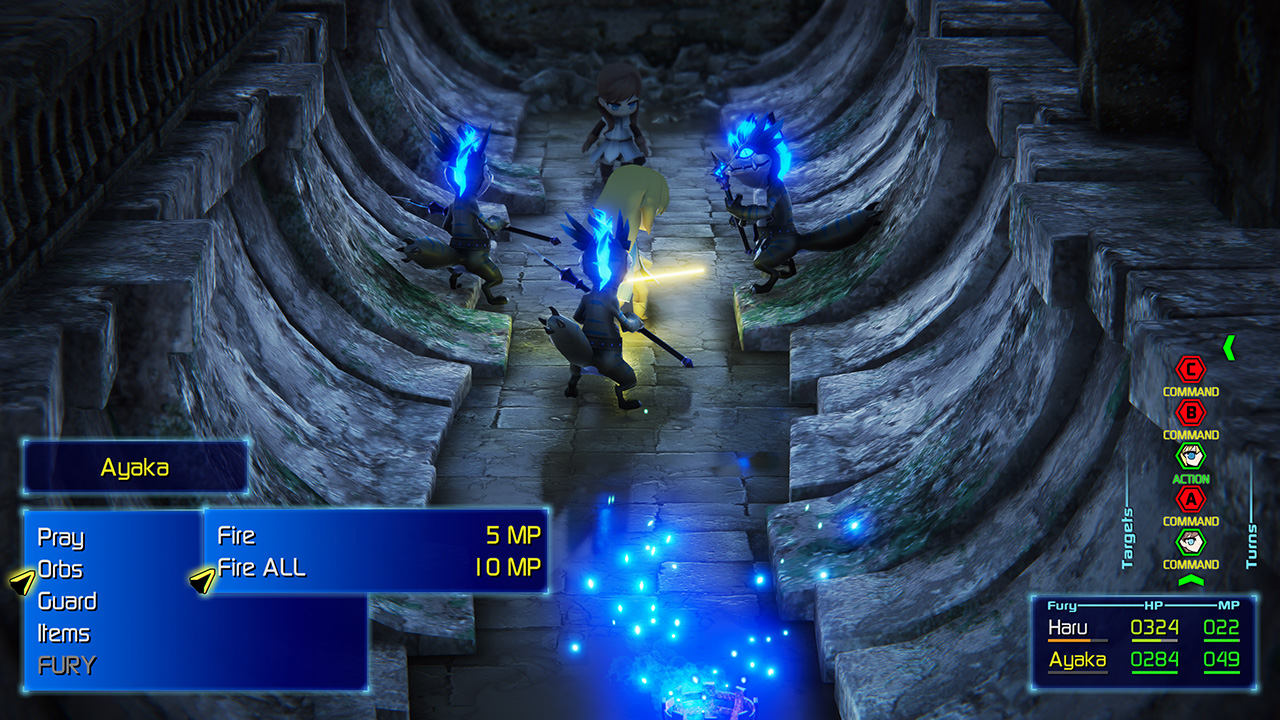 Light Fairytale Episode 1 and Light Fairytale Episode 2 are turn-based JRPGs that function similarly to Final Fantasy VII. Each player character has a primary and secondary attack based on equipment, a character-specific ability (Protect for Haru, Hack for Kuroku, etc.), orbs (or materia), and Fury, which is almost identical to limit breaks in Final Fantasy VII. Depending on the gear, orbs can be inserted into both weapons and armor for bonuses beyond simply using them in combat. Orbs attached to weapons will enhance basic attacks with the same element, but at the cost of some MP per strike, whereas armor orbs will increase the character’s resistance to that elemental school.

Unfortunately, combat is extremely basic in both Light Fairytale Episode 1 and Light Fairytale Episode 2. And despite facing a ton of different bosses, they almost always boil down to the same strategy: ignore the adds if they have them (99% of the time, they respawn), and simply nuke down the boss with the strongest available attacks. While the same could be said for a lot of ‘90s-era RPGs in terms of difficulty (or lack thereof), at least some variety still existed (in Final Fantasy VII, Guard Scorpion’s tail laser, Reno’s pyramid attack, for example) to help keep things a little fresh.

Not only that, but there’s very little experimentation with gear and orbs in both games. Haru and company will find and/or purchase very few upgrades in their adventure, which cuts down on variety of attacks even more. While we’re only two episodes into an unknown amount of episodes at this point, one would still think that a game with as many gear slots and materia-esque orb enhancements would, well, provide a little more customization at this stage. This is all exacerbated by the general flow of the games being akin to molasses, which is shocking considering the overall length of the games being just a few hours each at best. Although there is a handy speedup toggle available, it comes with some downsides that will be discussed a bit later. 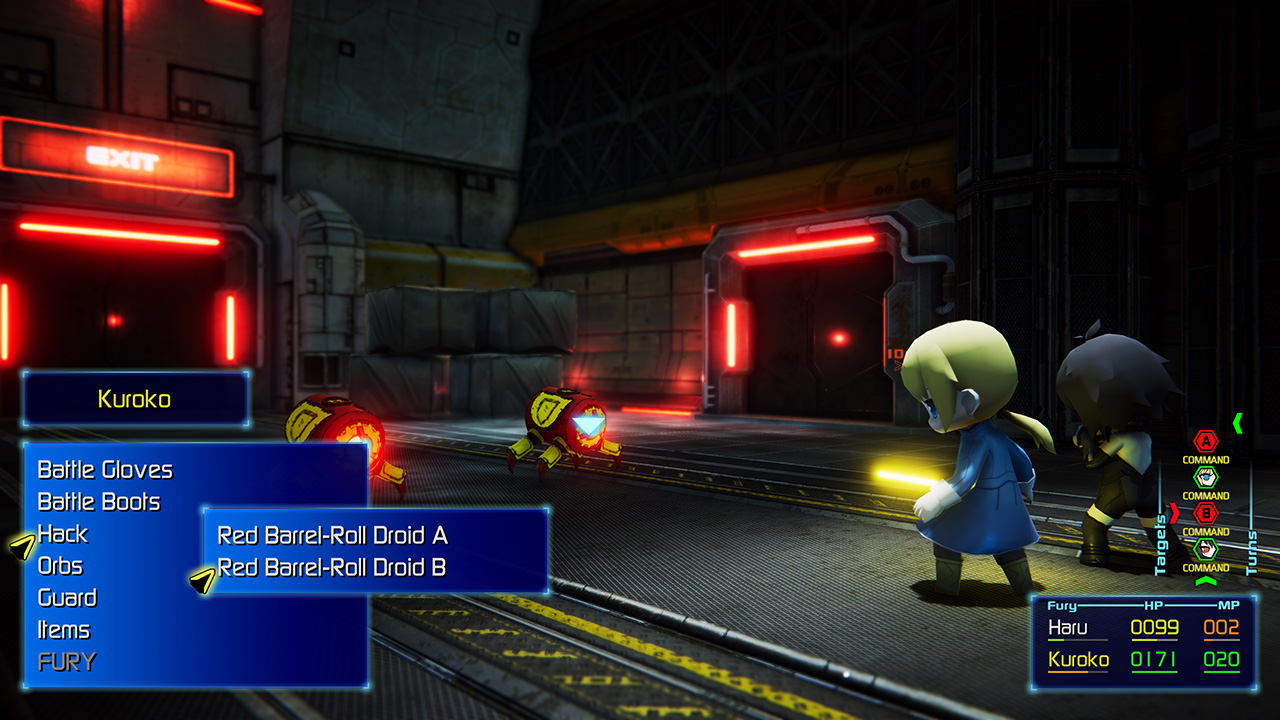 Besides fighting, there’s very little to do in Light Fairytale Episode 1 and Light Fairytale Episode 2. There are a few places off the beaten path that will provide some story flair and potentially items and/or achievements, but the bread and butter of gameplay comes in the form of conversing with townsfolk and fighting enemies. There are some minigames scattered about that do change up the pace a bit, but some of them are far too similar to the game’s inspiration (ie. avoiding guards in Shinra Tower a la Final Fantasy VII) and others are just kind of “meh” (on-rails runner avoiding boxes).

Light Fairytale Episode 2 is likely the more entertaining of the two in terms of gameplay, as Light Fairtytale Episode 1 relies on far too much backtracking to progress the plot. For example, Haru has to traverse the same warehouse four times to fulfill various story-centric objectives when one or two times at most would have been more than enough. Light Fairytale Episode 2 has a lot more combat in it, and more varied locales, which helps although most of it is just to grind to stomp one of many bosses.

All in all, the gameplay in both games just don’t feel conceptually sound, and that’s concerning when having already played through two episodes now. Things should really start popping off in the theoretical Episode 3 or else there will only be problems ahead. 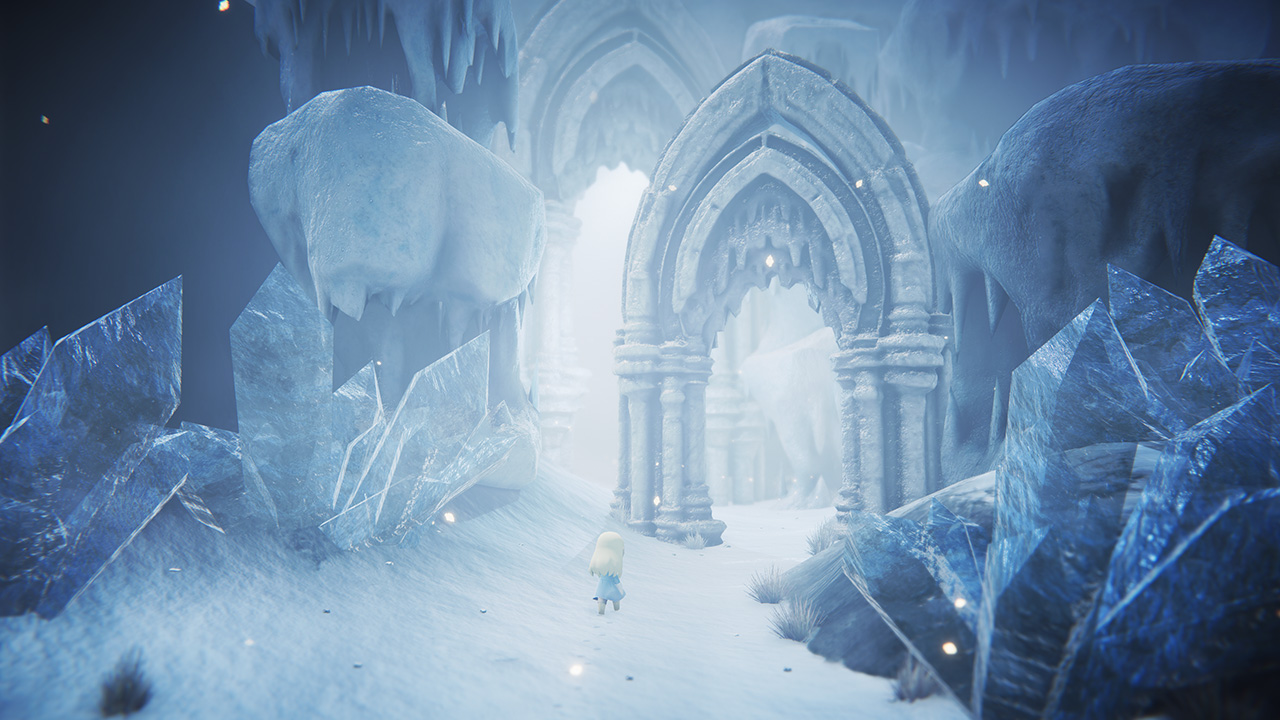 If there’s one thing that the Light Fairytale series wholeheartedly succeeds at, it is creating a nostalgic world with some modernized effects. Fans of the Midgar’s cyberpunk vibes will feel right at home in this world, with neon lights scattered about tall buildings and machinery. Then there’s the desolate, rime-encrusted deeplands below that may or may not provide a glimpse of “the world that once was.” These games have undeniable early 3D vibes with the added bonus of some modern effects, and I’m all here for it.

This is all backed by excellent anime cutscenes and a superb soundtrack, though it’s particularly difficult to enjoy the latter since it speeds up alongside everything else when using the all-but-mandatory speed toggle. Light Fairytale Episode 1 and Light Fairytale Episode 2 both generally run at a solid framerate, but are prone to some glitches and even the occasional game-breaking bug. There were instances in both games where enemies and allies alike wouldn’t load in properly into a battlefield, but this may or may not be tied to the game’s speed toggle (which I used pretty much all the time). Even worse, Haru can occasionally get stuck in walls which require reloading to rectify.

Even still, the Light Fairytale series definitely succeeds in the presentation department. 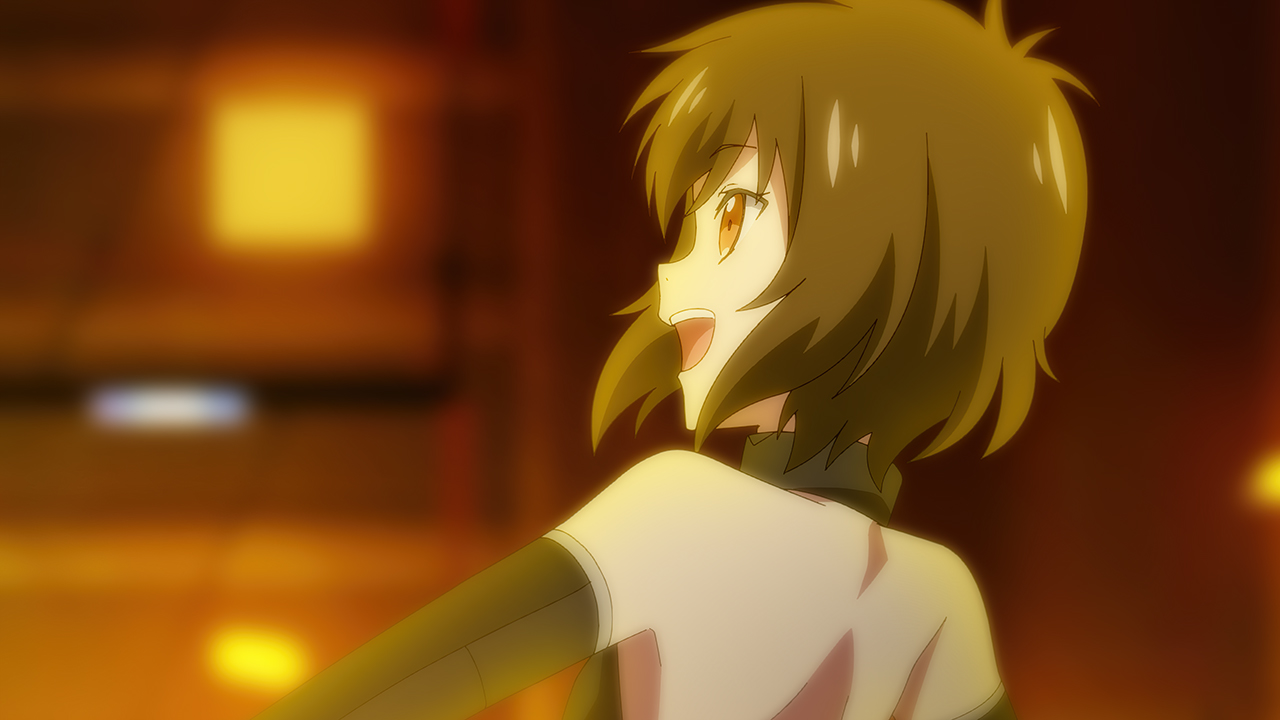 The Light Fairytale series may be steeped in passion for the JRPGs of old, but its short, barebones execution and episodic nature are cause for concern. Collectively, the whole experience can be beaten – not 100%ed – in around five hours, and very little is done to excite players for the eventual episode 3 and beyond. While I don’t think the developers should give up on the project entirely, they will really need to up the ante in the next release in order to create some much-needed buzz for the adventure.

As it stands, the Light Fairytale series is difficult to recommend without a discount…but I do hope that is not always the case.