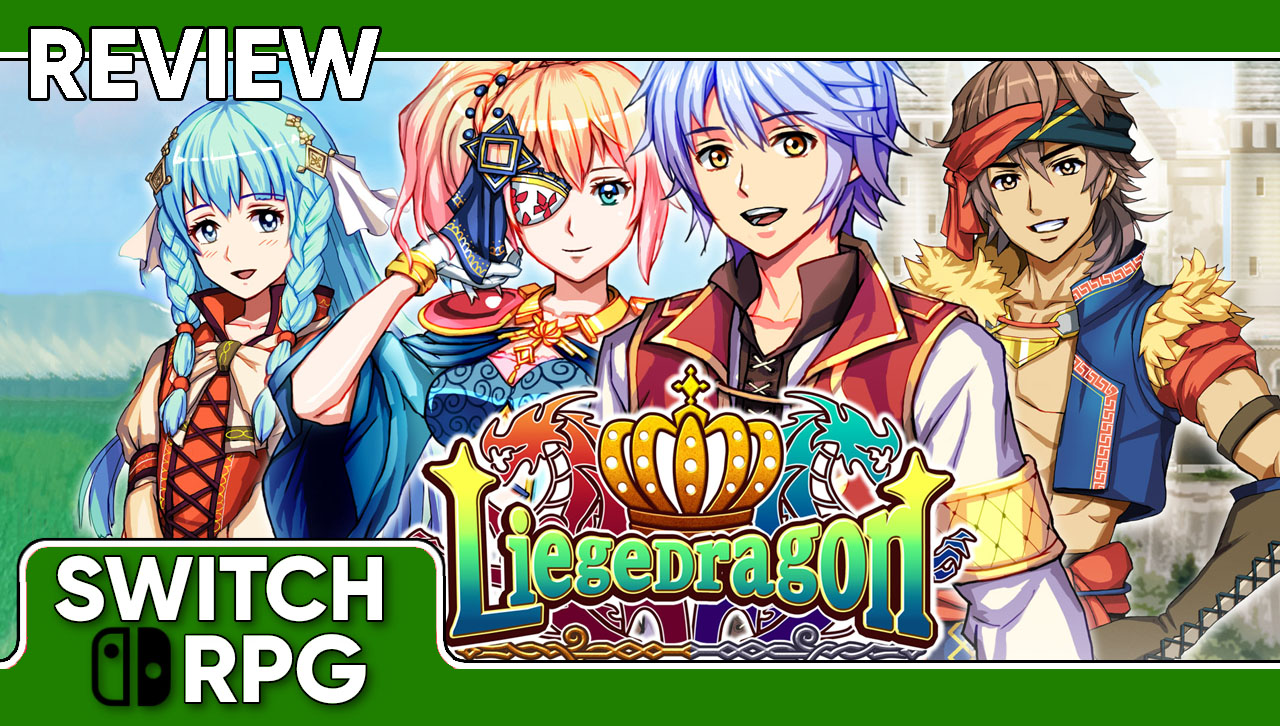 One of the most interesting aspects of reviewing numerous KEMCO-published RPGs is watching as their development partners continually refine their game systems. EXE Create, the developer most people think of when they think ‘KEMCO,’ churns out RPGs like candy, releasing 3-4 new games each year. Each new EXE Create release builds on the games that came before, using the same graphics engine, menus, combat systems, dungeon design, and more. At the same time, each release also builds on those systems, bringing little innovations and refinements that have built over time to take you from the shakier entries of years past (such as Asdivine Hearts or Fernz Gate) to the much more impressive titles of today, like Miden Tower.

Liege Dragon, which hit the Switch this fall, takes a step back from that common lineage to deliver something different. Liege Dragon brings forward a game from deep in the EXE Create archives, one of their earliest turn-based RPGs, and modernizes the graphics, systems, and sound to be more in line with more recent releases. What we are left with is a game that looks as polished as games developed in 2020, but with a core gameplay rooted deeply in the past. The question is, are these modern updates enough to elevate the game to the same heights as EXE Create’s most successful outings? 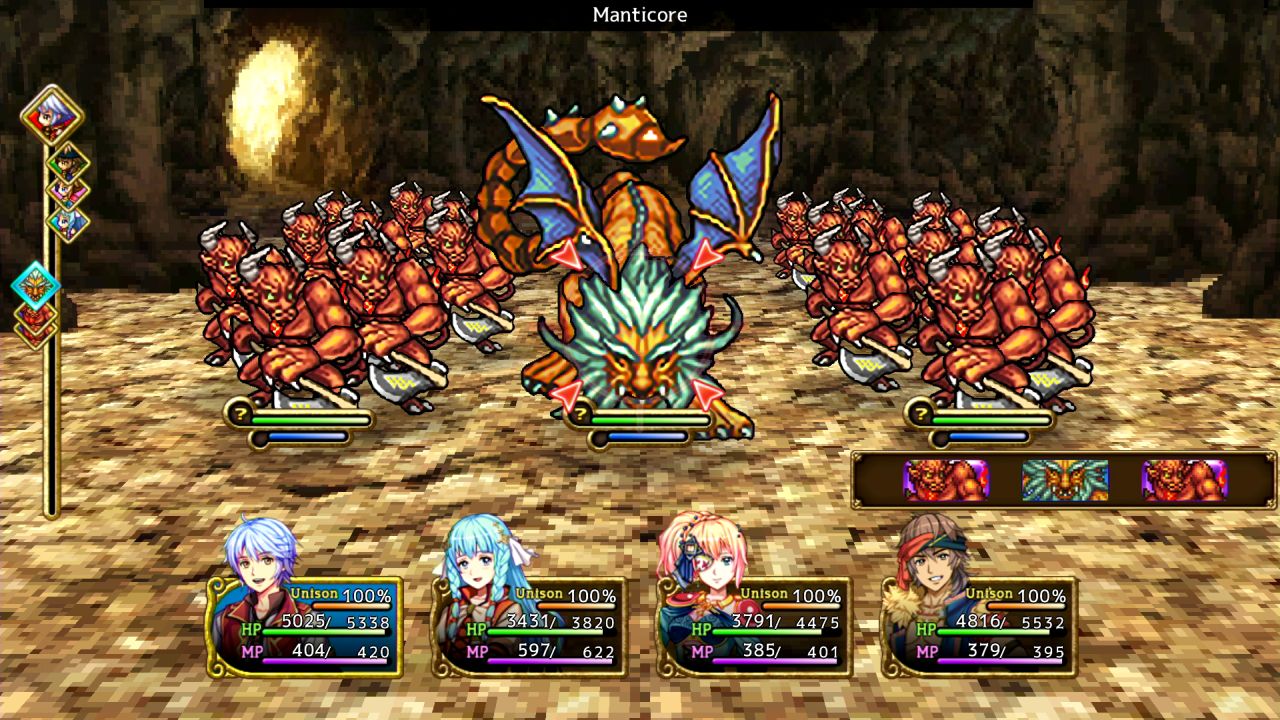 Unfortunately for Liege Dragon, the best innovations to come out of EXE Create’s continuous improvement / publication cycle comes down to gameplay. The grid-based combat systems seen in many of their titles, whether they be 2×2 or 3×3, bring a wealth of depth to their games, which simply cannot be matched by Liege’s Dragon’s stringently traditional approach.

In Liege Dragon, the player lines up their four heroes in a straight line, first person perspective, fighting enemies in basic, no-frills, turn-based combat. Player abilities may alter party or enemy battle stats, inflict status effects, and inflict elemental damage, but no other form of nuance is present. A simple limit-break system, which requires multiple characters to fill a “unison” gauge, allows powerful attacks to be used back to back by each member of your party who has a full meter. Unfortunately, building the meter is slow, and you can easily play through the entire game without ever bothering to use the system.

Character progression unfolds through basic experience gains, with character-specific abilities unlocked by leveling up. Magic attacks may be learned in one of four elemental schools (fire, water, earth, and wind) by using special currency gained after each battle. This brings some level of customization to each of your characters, though in general you’ll find yourself spending the majority of these points on your two party members with magic-friendly stats. Other forms of progression come from stat boosting items and a familiar equipment upgrade/synthesis system (seen in many other EXE Create titles).

One final mode of progression, and the one that seemed the most original in my eyes, was the in-game bestiary, called the “Monpledes.” As you defeat enemies in each area, the number of each monster you have killed will be recorded in the Monpledes, with specific rewards being unlocked for defeating certain numbers. These rewards may be accessories or equipment, and in some cases, elemental abilities that will be rewarded to each of your characters. This system provides another track to getting elemental attacks on your non-magical characters, and incentivizes light grinding to keep your levels on par with the unfolding story. By any measure, the Monpledes is a quaint and welcome addition that I hope proliferates into future EXE Create titles. 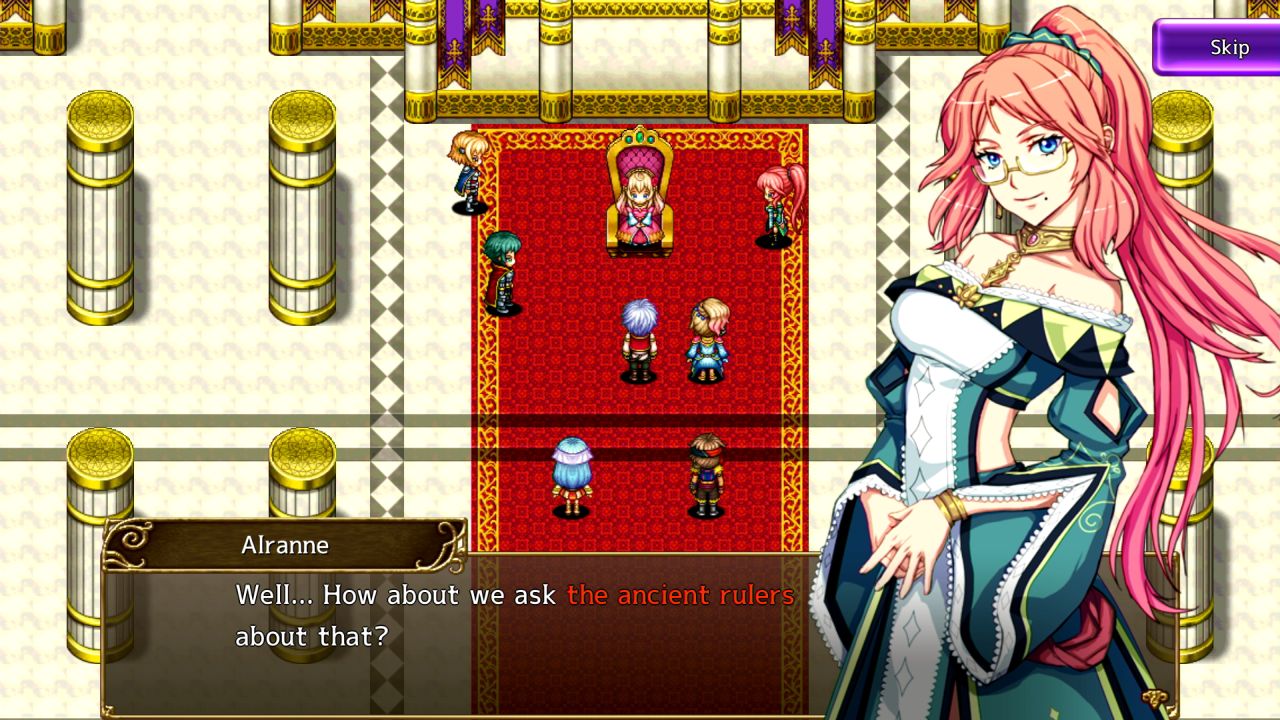 The story of Liege Dragon, meanwhile, seems to have been brewed in an alchemy pot fed with some of the most cliched tropes in RPG history. Add one amnesiatic hero, two powerful dragons born from the good and evil of mankind, mistaken and disguised identities, and a quest to uncover the relics of three ancient heroes, who founded the great nations of the world, and use them to slay the ultimate evil once and for all. Sprinkle in a poorly explained relationship system and a series of inconsequential side quests, and you’ve successfully recreated the story of Liege Dragon.

All that isn’t to say that the story and characters are without charm – EXE Create games always manage to pepper in some campy humor, no matter how original or cliched their central story – but ultimately there were very few twists or turns in Liege Dragon that aren’t broadcasted to the player from a mile away. The game is devoid of dramatic tension. As such, the player has little reason to stay invested in the ongoing narrative for its own sake, and when paired with an uninspired combat system, you’re left feeling a large amount of malaise when stepping back into the game. Honestly, if it weren’t for the Monpledes, I would have found it very hard to find a consistent rhythm with this game. 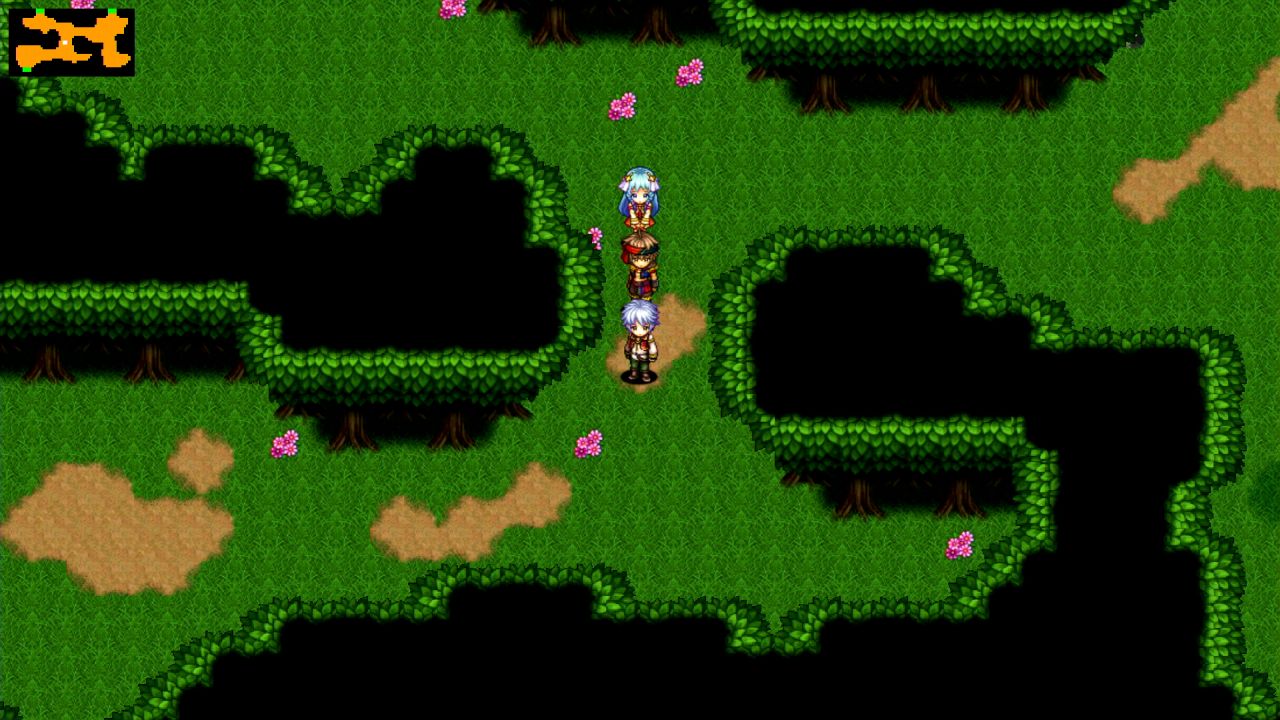 The mediocrity continues as you get to the game’s aesthetics, as well. While EXE Create has certainly gotten better at utilizing its simple, RPG Maker-esque game engine over the years – making environments more lifelike and dynamic with their limited assets – that does little to change the simplicity that makes up the heart of Liege Dragon. While modern EXE Create games find ways of making their towns and dungeons a little more interesting with hidden pathways and the like, you’ll find nothing like that here. Most areas are made up of simple pathways with little visual flair or complexity beyond some well placed props.

Musically, the game is passable, but suffers from a severe lack of track diversity that will leave you sick of hearing the same tunes over and over again across the 15-20 hour adventure. The tracks themselves aren’t bad, but even if they were incredible masterpieces, you’d still grow tired of them with enough repetition.

Despite their best efforts to modernize this nearly 10-year-old title, EXE Create fails to deliver an RPG that is anything but by-the-numbers. While the game can be moderately enjoyable and shows a few sparks of creativity, on the whole it fails to deliver the core level of quality necessary to recommend the game to anyone but KEMCO superfans. If you are looking for a solid budget RPG, the Switch (and KEMCO) offer a plethora of options that are superior to Liege Dragon.