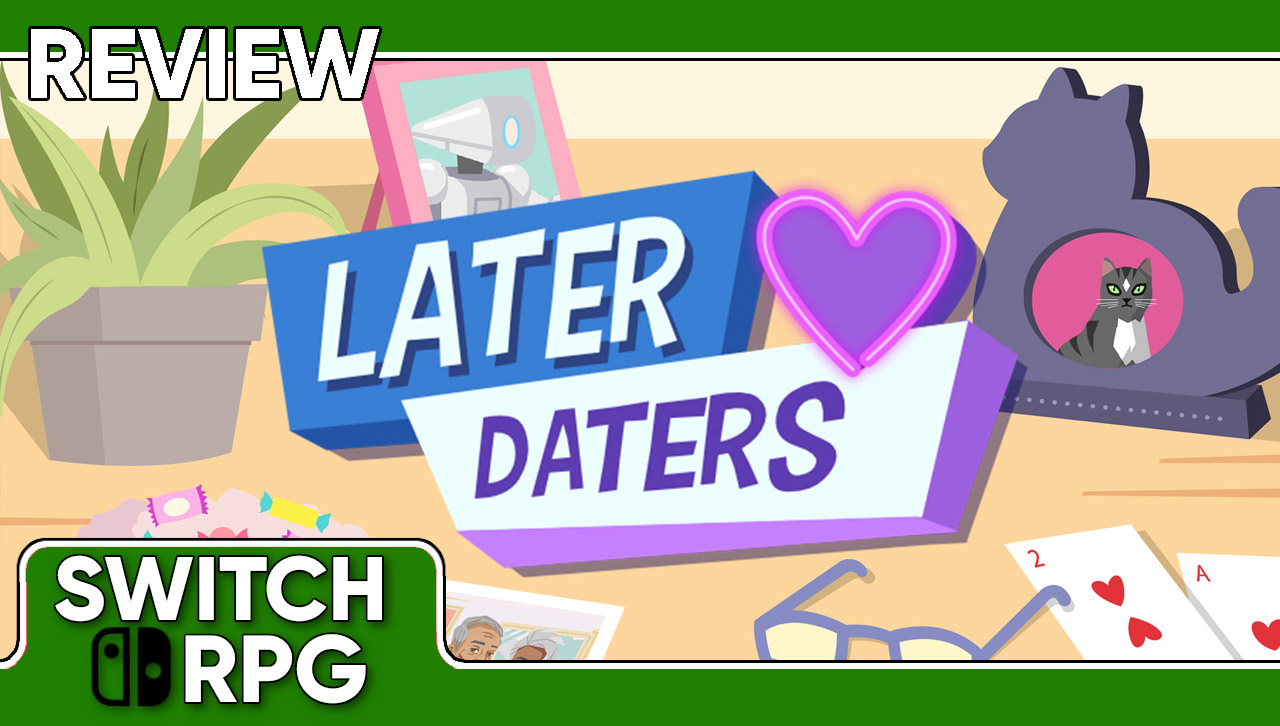 Dating can be hard, especially the older you get. On one hand, you know exactly what you want in a relationship. But on the other, why stress about the complications of relationships when you can just let loose and go with the flow? Later Daters is a dating sim, but with a unique twist. As the title suggests, all of the characters are in the later parts of their lives, and are looking for love or companionship. But does this twist add anything to the dating sim genre?

Later Daters is a dating sim through and through. By this, I mean that the game is purely a visual novel and as you select choices throughout the game, you end up in a relationship with one (or several) of the characters. As with a few of the other dating sim options on the Switch, there aren’t any “bad endings.” So, this is another dating sim option for those looking for one where you don’t have to worry about making the wrong choices that may end in tragedy. 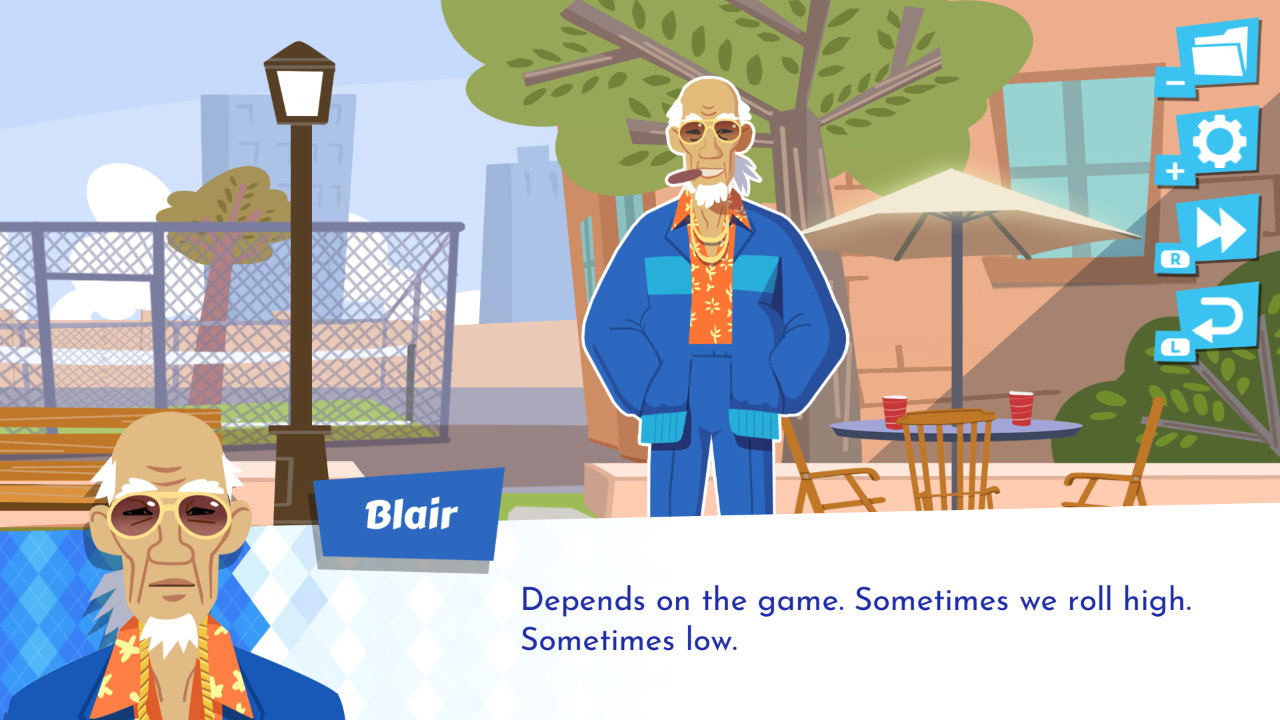 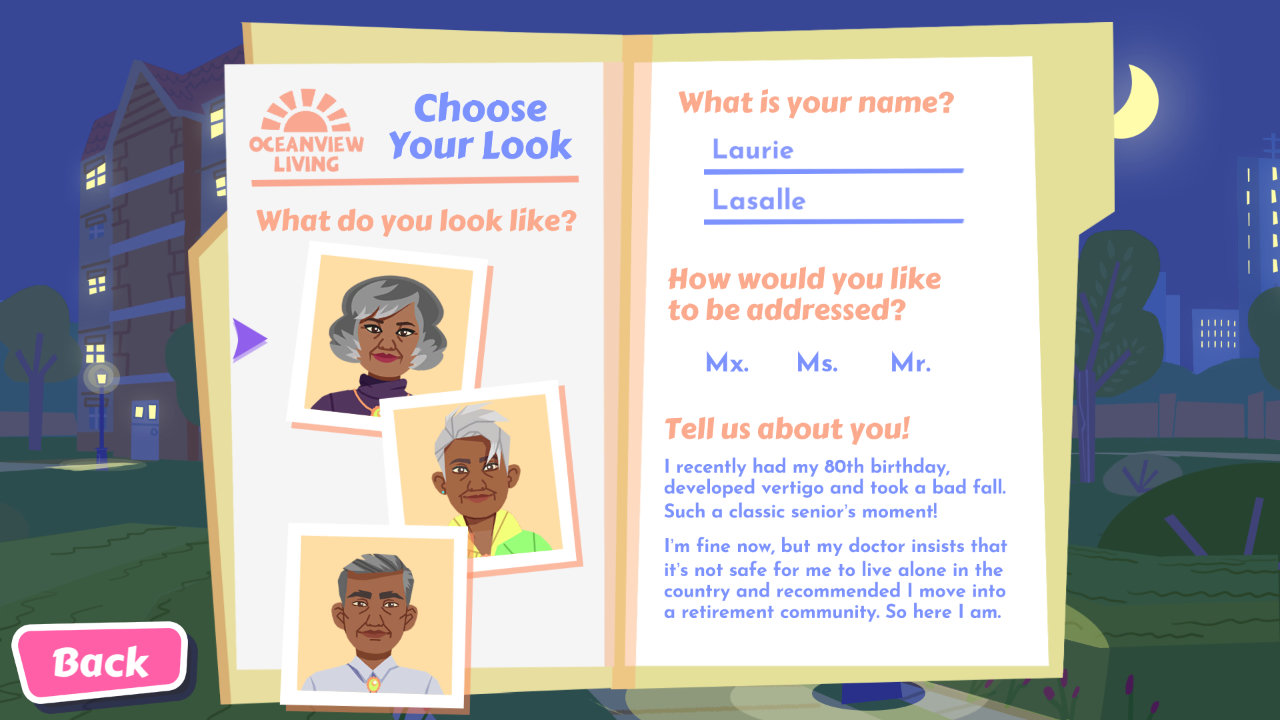 There are seven episodes that you can play through, and with the different dating options, it’ll take more than one playthrough to fully explore everything that can possibly happen during a single episode. And if you need something to take your mind off the excitement of flirting with the characters, there is also a cribbage mini game.

One thing that sets Later Daters apart from other dating sims is that the relationships all revolve around elderly people. But don’t mistake that as meaning the dating is any less exciting, because it isn’t! You start off the game moving into a community living complex called Ye Olde, after a recommendation from your doctor after a bout with vertigo. And soon after moving in, you meet the rest of the residents in the building, each with their own hardships. 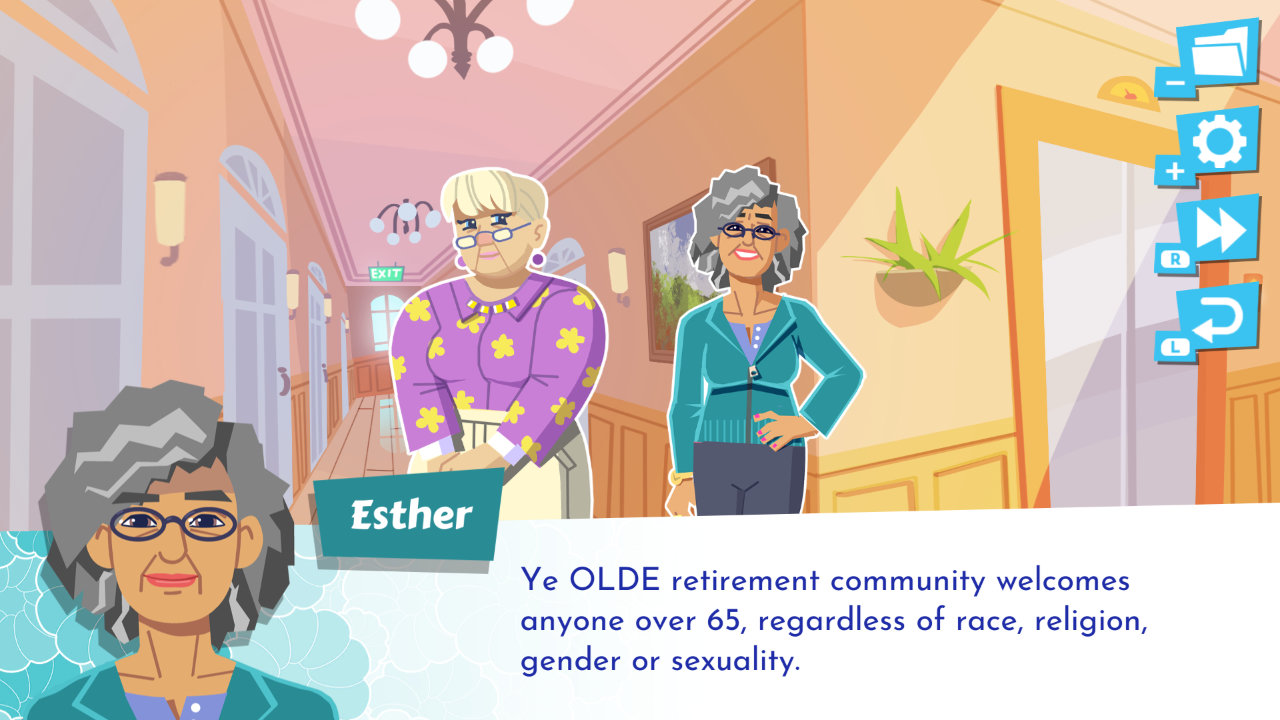 Each episode has its own theme, whether it’s first day introductions, being blasted off to space, or movie night, you can rest assured that something interesting will happen. Of course, though, that means that there isn’t exactly a major plot that stretches across all of the episodes – just character plots that may or may not be mentioned later down the road. Due to all of the characters being elderly, there are plenty of conversations related to grief and loss. Each character handles their own stories differently, some more guarded than others. And as you get to know them, you’ll learn their backstories about why they are currently living in a shared community and their past relationships. 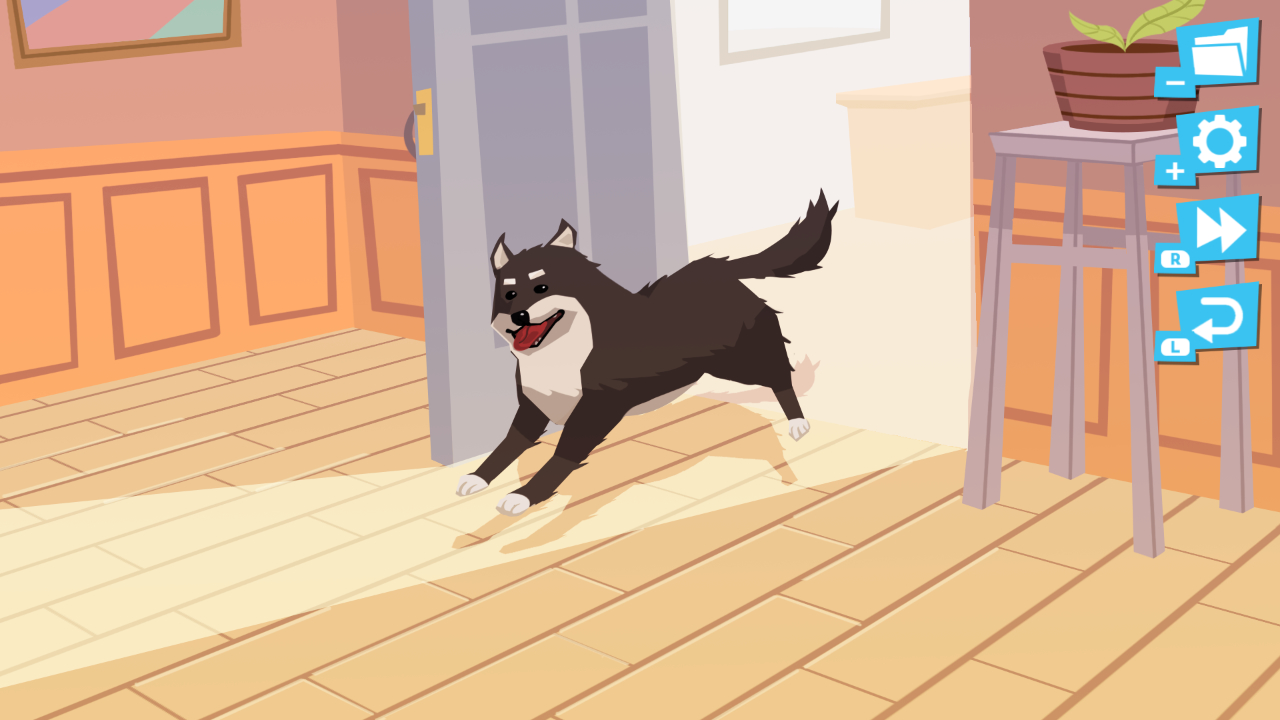 The art for this game is very charming, with character models for each character, as well as portraits with multiple expressions that properly portray whatever emotion the character is feeling. There are CGs of specific moments in the game, both romantic and non-romantic. And the music is just as charming, giving off a feeling of both background music you would hear in a public setting as well as music you’d probably hear in a sitcom. There’s also a nice song called Superlove, that is sung by one of the characters throughout the game. You can also find an animated MV of the song on Bloom Digital’s Youtube channel.

It seems as though I have become the unofficial dating sim reviewer of this site, with Later Daters joining the expanding list of dating sims on the Switch. And I’m glad that Later Daters decided to take on another angle with dating. The majority of dating sims – not just on the Switch, but in general – feature a younger cast. Having a dating sim with older characters gives another world view that hasn’t really been covered. 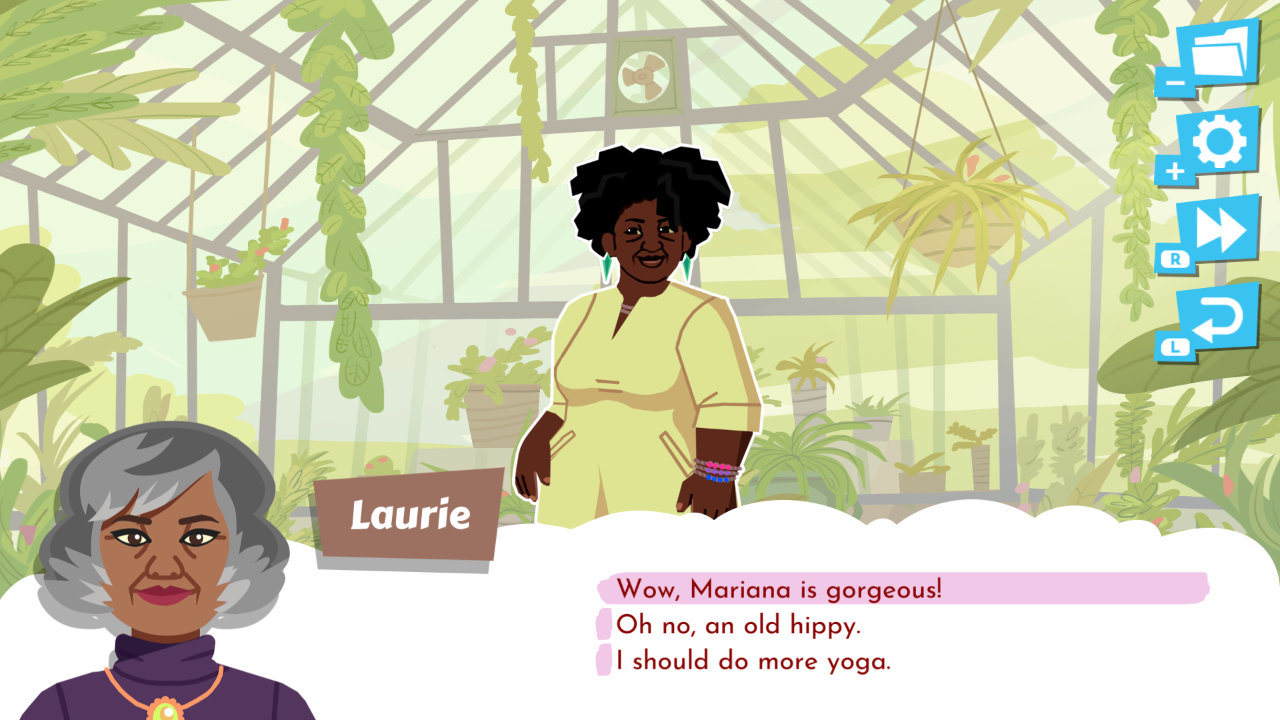 I am especially pleased with the increasing amount of LGBTQ+ dating sims that are appearing, especially on the Switch. The way that the game handles the complexities of sexuality, grief, and life is really nice to see. Tied with that, it’s also nice to see these topics talked about with a sense of normality.

I will say for anyone interested in the game, you’ll want to get both parts because the first part leaves you wanting for more. Thankfully, the second part released recently, so you will be able to enjoy all of the episodes instead of having to wait. I had an enjoyable time playing through the episodes, with several moments either bringing a smile to my face or dredging up feelings of sadness. For dating sim fans, I would definitely say to check this game out.