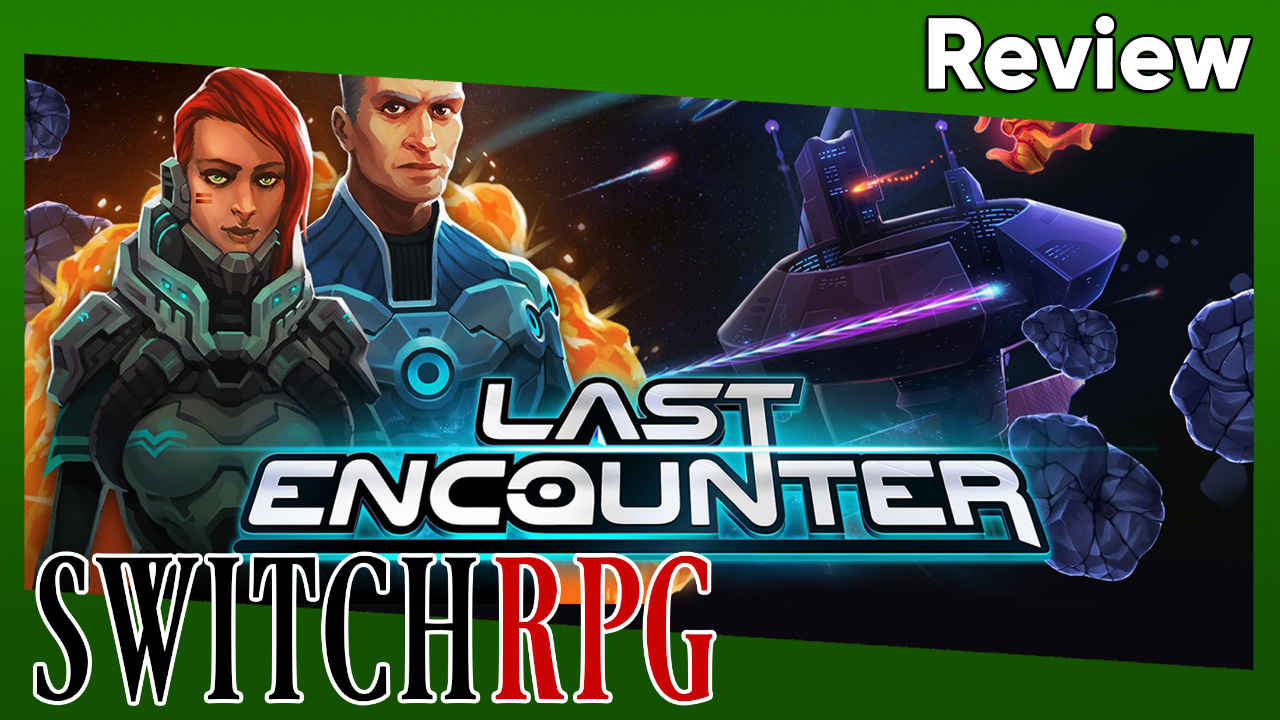 Top-down, twin-stick shooters are quite the novelty. While I don’t normally find myself all that enamored with the genre, I can see how its frenetic arcade action can appeal to many. Enter the Gungeon was the first twin-stick shooter to truly win my heart, and that’s because its zany premise merged with roguelike sensibilities to create a very addictive experience. Before playing that, however, I really only dabbled in Nano Assault, the lovely Shin’en shooter that had players taking on microscopic threats up close and personal. Sure, there are titles like Geometry Wars, Ikaruga, and my new go-to twin-stick darling Assault Android Cactus, but even the most Rogue-ish of these titles give into the precepts of the arcade cabinet- you only get so many tries before it’s game over.

That’s why a roguelike with a central narrative thrust like Last Encounter seems so surprising, at first. Offering multiple pilot and vehicle classes, Last Encounter wants its basic currency to be applicable in any and all scenarios, both as meta-driving research and in-game shop segments. Beyond this, however, there’s not much to love about Last Encounter, unless you’re a big fan of the genre: chances are, if I tell you that it’s a multiplayer roguelike twin-stick shooter, you’re already sold.

You’re a ship and you shoot other ships.

Okay, well, you shoot a bunch of other ships. The way that you shoot them is very specific, however, and it relies heavily on the pilot and spacecraft you’ve chosen. Both of these options start with a relatively small pool of choice, but they can be expanded via research into various parts of your home base. The component system of the game offers additional choice- you can either swap out your base attack component, or pick up a number of temporary components, many of which will eventually break and become useless. These are added to your basic evasive/defensive options and a special ability- for some, it’s the ability to tank damage, for others, its a buff to firing speed and damage output. 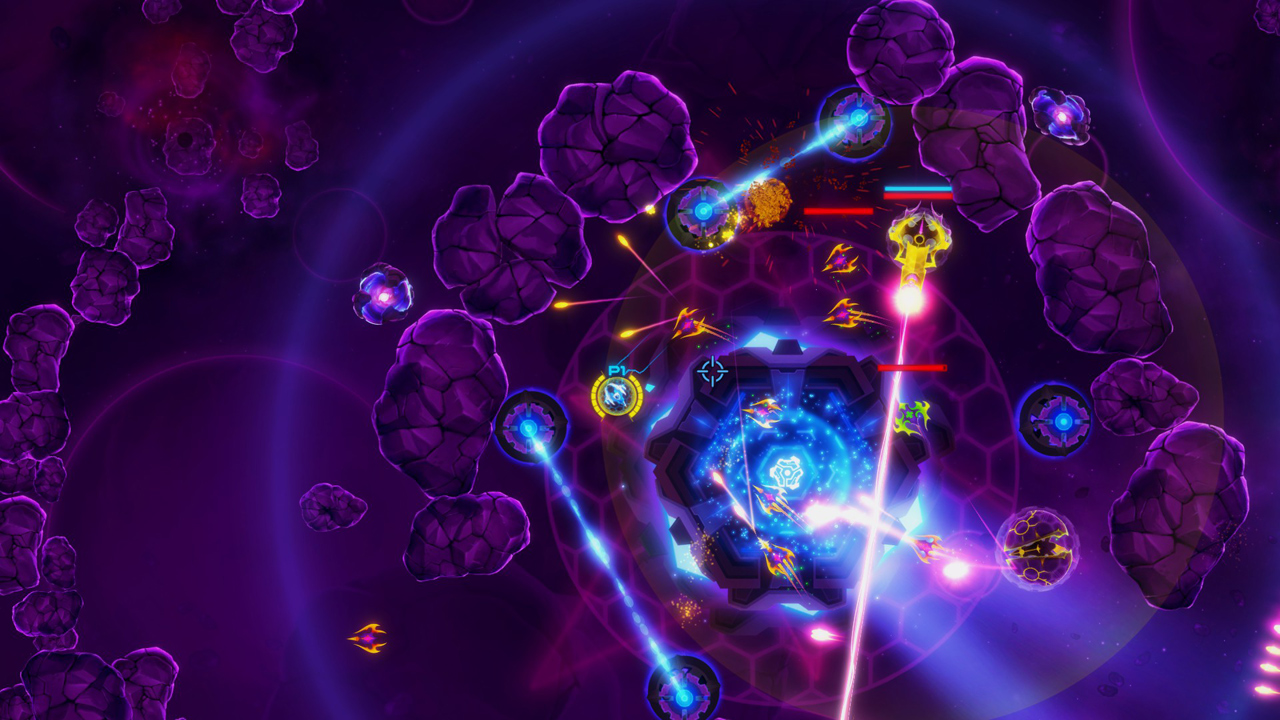 The primary means of traveling from one place to the next is by collecting portal keys, which will warp you to the next “floor” of the dungeon. However, you’ll also have to jump between rooms of each procedurally generated floor, which helps balance Last Encounter’s floor size and overall risk. Keys will be scattered across several rooms, meaning players will have to go from one area to the next in order to see if a key exists there. If you venture outside of the immediate “starting zone” of each jump or if you engage enemies, you won’t be able to jump back to another room, so each jump is a calculated risk. Since the map is never clear as to where portal keys are hiding, one can’t necessarily predict and develop strategies one way or the other.

Some floors will have a shop, where you can spend your hard-earned cash, but it’s often just as viable and preferable to save your cash for the tech lab back at your home base. You can unlock all sorts of temporary and permanent components for a single run, or you can unlock new ships and abilities for future success.

I’ll give Last Encounter credit- they truly attempt to sell the logic behind the roguelike systems present. Apparently, the transfer of human consciousness and essential immortality is a thing, except some bad aliens have showed up to kick around the human race. Just because, I suppose. Humanity lashes back with a desperate attempt to send their own ships deep into enemy territory to attempt to take down the foe from within. You’ll get some cutscenes and snippets of dialogue as you penetrate deeper into the unknown, and the landscapes will become increasingly bizarre. This dialogue is not all that compelling, and I wouldn’t expect much from a game with a sole focus on ship blasting. Many other roguelikes manage to weave their own unique charms into item descriptions and character dialogue, however, so the writing here doesn’t really stick the landing. 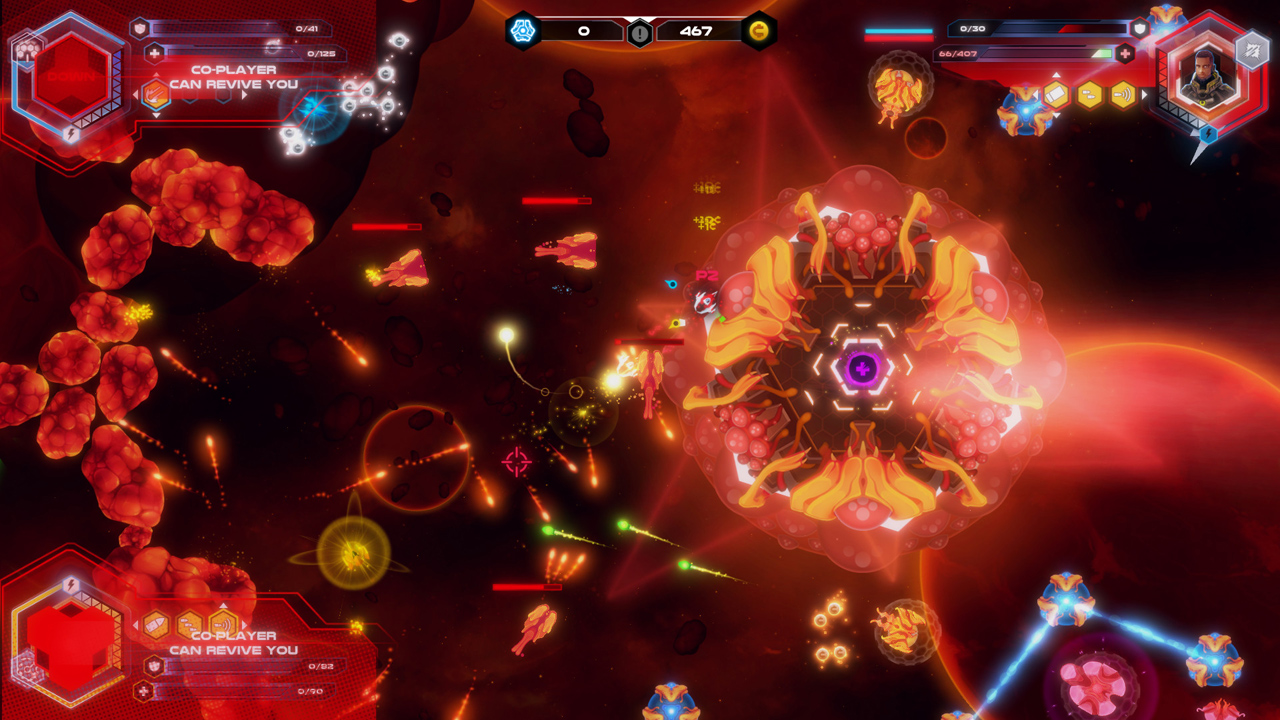 In terms of visuals, Last Encounter is just about as top-down as they come. Asteroids and planetoids litter the screen, many of which are destructible in some way, and certain galaxies exude their environmental atmosphere simply through their color palette and detailing. There are some environmental hazards that add to the feel of each unique biome, but with all things considered, the environmental design amounts to barriers backdrops, hardly anything all that unique. There are also some interactive features in a few areas, but the design of the floors is hardly maze-like, as rooms are divided into hexagonal designs that fall into a few categories of design. You’ll either encounter a portal room, a key room, a shop, or a hallway, and that gets a bit old, fast. The music is serviceable, though hardly memorable, evoking its science fiction theming with suitable tension when necessary.

If my lack of enthusiasm seems palpable, it’s because Last Encounter is likely at its best when you’re not playing solo, which I never had the chance to experiment with. Even its single player campaign feels balanced for multiple ships, though that could also be a means of increasing the amount of grind. Speaking of which, the components you can buy in the main hub last a single run only, meaning you’ll need to rack up some more in-game currency in order to take advantage of them again. These can prove useful, but they give only a slight advantage to the earlier stages. 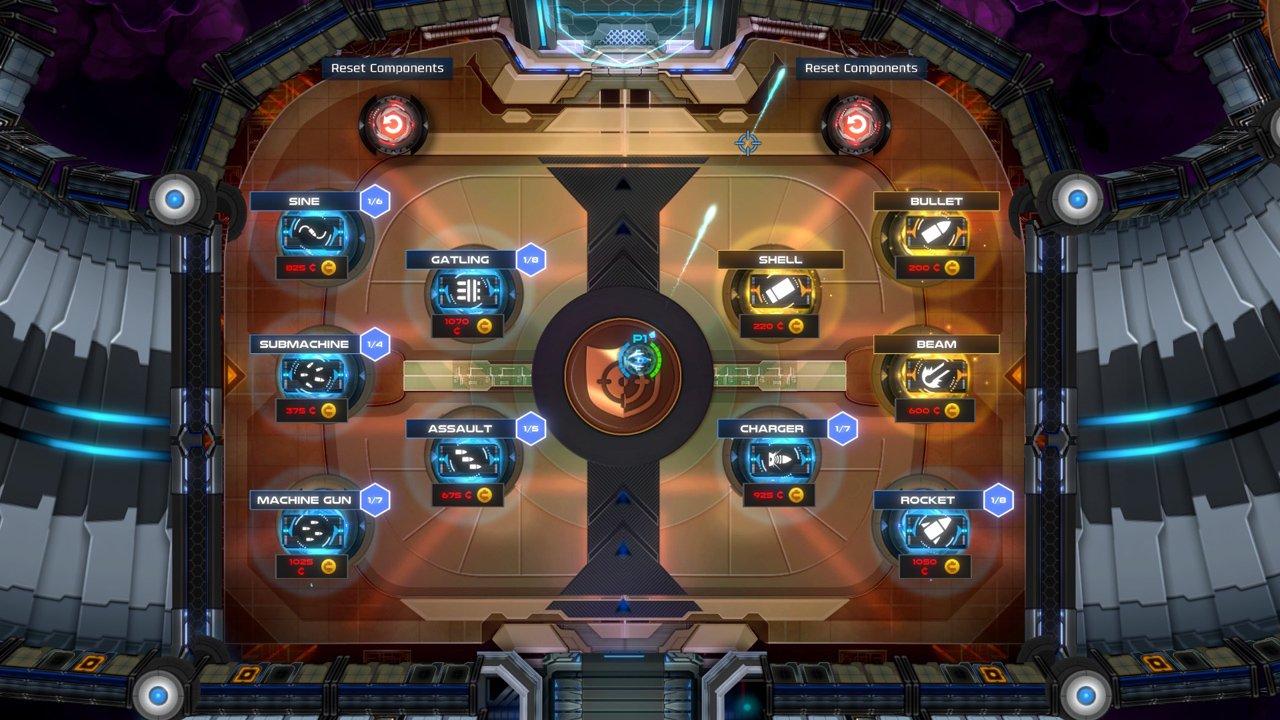 In co-op, you can revive downed players and share a collective wallet for currency, which can lead to some tough choices regarding what components certain players should pick up and buy throughout each run. It genuinely sounds like fun, especially since many of the spaceships are built around co-operative and team-oriented play. If you’re a fan of the top-down twinstick, you’ll likely find that Last Encounter delivers what it aims to do, offering hectic twin-stick action mixed with roguelike gameplay. If you aren’t sold on either genre, however, I don’t think that Last Encounter would appeal to you much, unless you’re looking for an arcade multiplayer experience. Even so, there are other twin-stick titles just as there are roguelikes that achieve a memorable and engaging gameplay formula more effectively. This isn’t to say that Last Encounter is bad by any means- it’s extremely competent, but lacks a unique enough aesthetic or mechanic to stand out against the varied roguelike market.