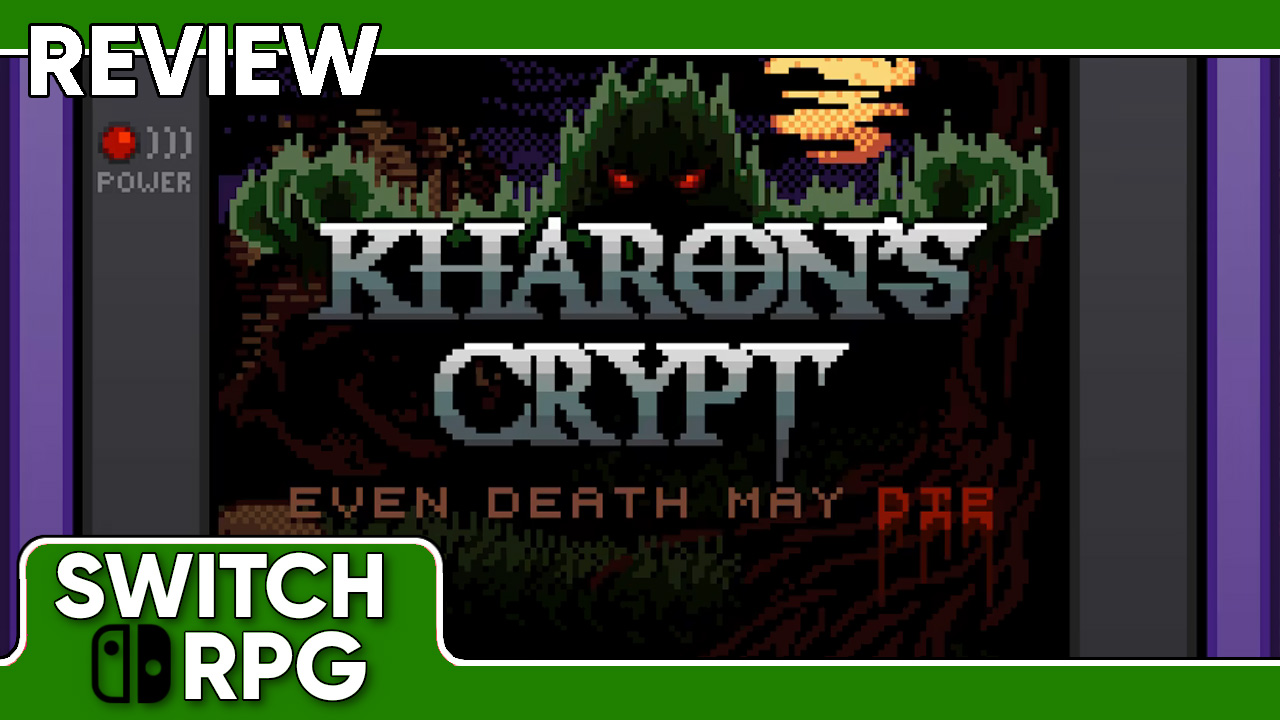 I’ll be the first to admit it – horror games are not always for me. While certain colorful explorations of the horror aesthetic can be amusing – we’re looking at you Disgaea – the more straightforward implementations are often only appealing to a very specific type of audience. If these games aren’t throwing jump scares at you every few minutes, then they are instead finely tuned to massacre your characters over. . . and over. . . and over again. Horror games often drift into souls-like territory, where you can find yourself forgetting the terrifying aesthetics entirely, focusing solely on how maybe on this 17th try you’ll finally beat this boss.

And yet, there’s still something appealing about horror-themed games, titles that hearken back to a child’s affinity for Halloween and to the idea that fear – and more specifically, macabre concepts like death, torture, and the afterlife – can be fun.

Kharon’s Crypt – Even Death May Die attempts to bridge the gap between these worlds, offering a horror-themed, isometric dungeon crawler that never shies away from its source material, both in terms of gameplay and narrative. The developers behind Kharon’s Crypt even describe the game as being a mashup of 2D Zelda and Dark Souls, creating a smorgasbord of appealing game elements for a variety of different players. The real trick is seeing if all these different elements fit together into an appetizing package. 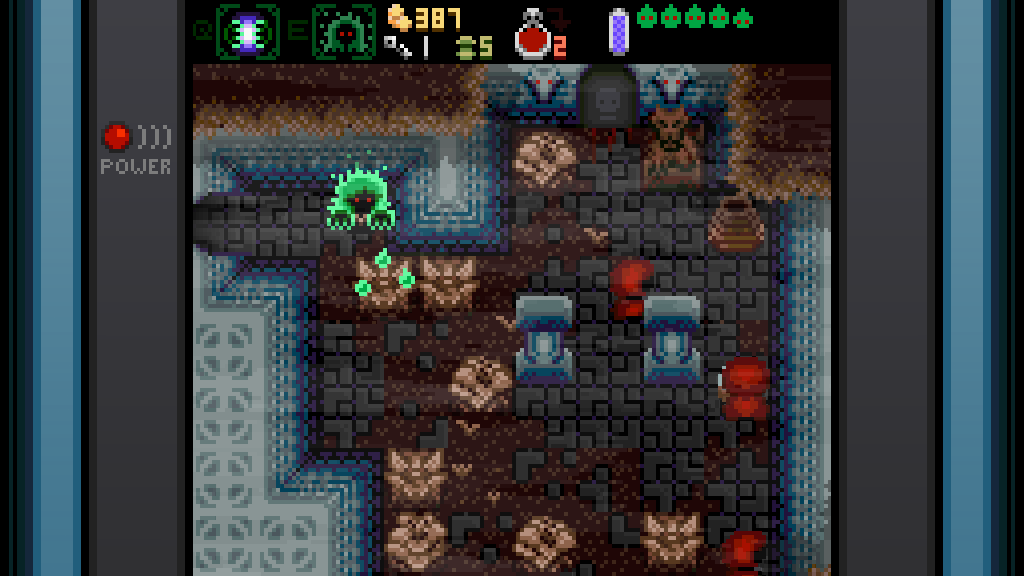 To set the experience off on the right tone, the game opens by telling you a ghost story. A king from a bygone land ruled his kingdom for decades, reveling in the power and prestige of his high position. As his reign continued and the king saw that he had less time ahead of him than he had behind, he hatched a plan that would doom the very kingdom he ruled. He put all the resources of his realm to work on a single project – how do we stave off death. No magic was too taboo and no ritual too vile to stop him from pursuing this goal. His kingdom languished. The people suffered. And still, the king’s scholars and mages worked on. Eventually, they discovered a way to trap the spirit of death itself, locking it away in an urn and burying it deep within the dungeons beneath the kingdom.

But imprisoning Death had consequences, as the kingdom would soon learn. Decades went by, and the king lived on. But his kingdom was transformed from a land of prosperity to one of horrors unimagined. Dark magics worked their way into the land and its inhabitants, creating horrors only whispered about in the outside world.

Death is a necessary part of life, and so it was that finally, after much suffering, Death was freed from his prison, embarking on a quest to escape the dungeons and the many horrors that have grown there, to reclaim its place in the world above. 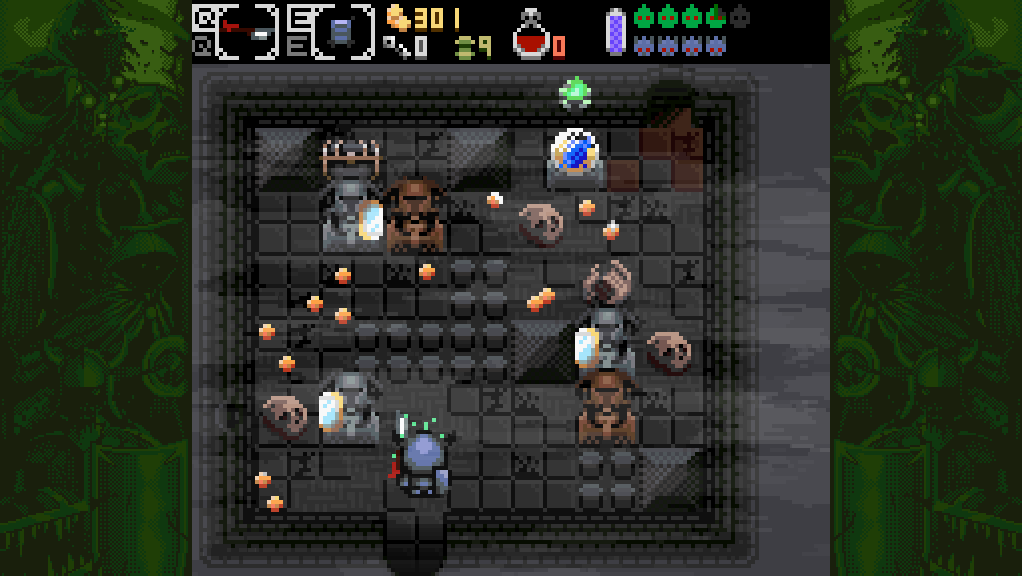 As the story concludes, the player takes on the role of this spirit of death, slowly making their way through the twisted ruins and many floors of the kingdom’s dungeons. The ghostly figure does not possess its full power after its long imprisonment, and must rely on a limited set of abilities to escape being reimprisoned. While in control of the spirit, players may fire “ectoplasm balls” at monsters within the dungeon and, with enough hits, put them into a stunned state. The spirit may also use an ability to turn immaterial and increase their movement speed, passing through certain obstacles and enemies, as well as to fly over pits. However, the spirit lacks a fully physical form. They cannot open doors or chests, cut down foliage, or interact with most of the physical objects in the world at all.

To fully explore the dungeons, the player must possess the bodies of stunned enemies. This monster capture mechanic is where the gameplay of Kharon’s Crypt truly comes into its own, as each monster comes with its own set of strengths and weaknesses. Bats can move quickly and fly over obstacles, rats can fit through tight holes to discover new areas, and blobs can push their way through certain barriers to unlock switches. Meanwhile, humanoid enemies like mummies and naga must be possessed in order to open doors and chests (you need hands!), as well as to wield the many forms of equipment that can be picked up throughout the game. By mixing and matching between these various enemies, players will be able to navigate the dungeon, solve puzzles, and defeat the game’s many bosses along the way.

Speaking of the bosses, this is the one place in the game where the developers souls-like moniker actually holds true. Exploration through the dungeon can be difficult, but not to a ridiculous degree. The bosses, however, are another story. As the game progresses, you’ll find “Nintendo-hard” enemy encounters that will challenge both your strategic and tactical mind to defeat. Memorizing patterns is one part of finding success here, but so is knowing when to blitz the boss and let your possessed body soak up damage. The spirit and individual bodies have separate life bars, and most boss attack patterns include moments where humanoid monsters attack, providing you a refreshed body to work with in the process. That one minor blessing keeps many bosses from being outright impossible. That being said, each boss provides a progressively more difficult challenge that may have gamers looking for a more casual dungeon crawling experience turning tail and moving on.

Overall, the combat and movement elements in Kharon’s Crypt are quite satisfying, though you may find yourself frustrated at points when a body you need to progress gets killed and you have to double back for another one – a situation that happens with increasing likelihood as you progress the dungeon’s many floors. 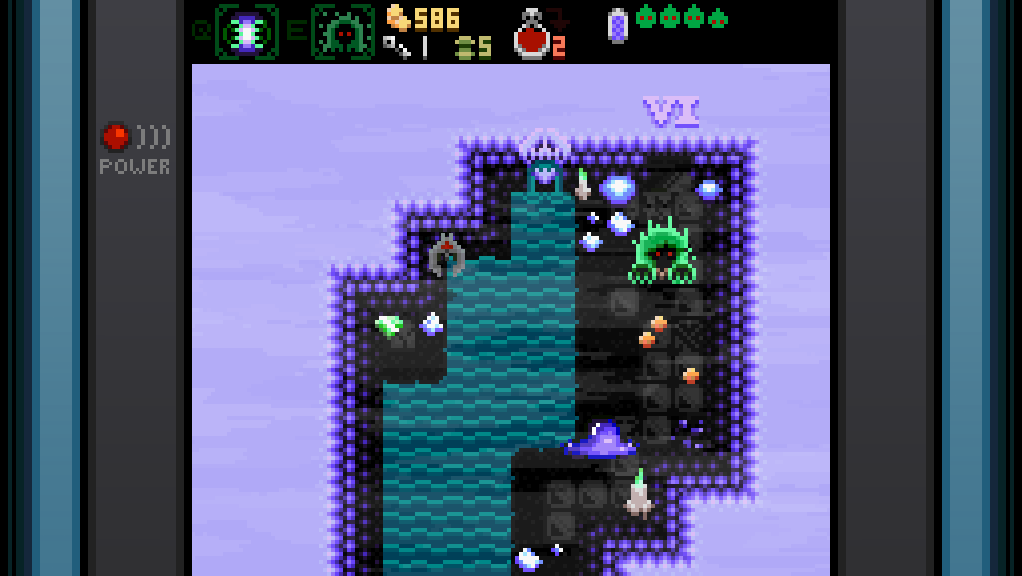 Running through the various floors of the dungeon themselves provides players with the other major pillar of gameplay. While the game is Zelda-inspired in its perspective, control, and combat mechanics, it turns up the size and difficulty of the dungeons up considerably. Think of what Nintendo would do with a Zelda game that lacks an overworld and is instead all dungeon crawling, add in a splash of sadomasochism, and slap a fresh coat of horror-themed paint over it all, and you’ll have some idea of what exploration is like. We’re definitely in metroidvania territory.

The game generally lumps a few dungeon floors together into a single unit, though each floor has its own flavor and theme. One might be covered in dank undergrowth, while another is shrouded in darkness and covered in poisonous water. The puzzles associated with each floor are varied in scope and scale, from covering pressure plates, redirecting rays of light, defeating specific enemies, or digging up keys and items that allow you to progress further. Early puzzles shouldn’t give seasoned players too much trouble, but by the midgame you may find yourself scratching your head on what to do next.

Thankfully, the game provides a few hints on how to progress. The game’s minimap typically puts a marker on the next location you need to move forward, though it offers no details on HOW to get there or WHAT to do when you arrive. At the same time, little bits of gold will appear in doorways that take you in the right direction. The game never TELLS you these things are happening, but it’s once you pick up on the pattern, you’ll find yourself moving a bit more quickly through the dungeon.

Rewards for this exploration – beyond simply moving to higher and higher floors – include gold (which can be used to restock consumable items), new bodies to inhabit and equipment to wield, and, of course, magic items that increase your capabilities and allow you to unlock new areas. Beyond these staples, though, are little fragments of paper, each of which triggers the ability to read a piece of a short horror story related to your segment of the dungeon. These stories appear to be original, though inspired by classic folklore, and are probably the place where the game’s horror aesthetic hits home the strongest. Elder gamers who might have children interested in playing the game should be wary. The stories are well written and are truly horrifying reads, so use your discretion with little eyes and ears about.

Taken all together, the game is wildly successful in implementing its premise. Kharon’s Crypt is dark, challenging, creative, and most importantly – fun. While the specific genre and aesthetics at work here may not be for everyone, there’s no denying the game is solidly made and a great play from start to finish.