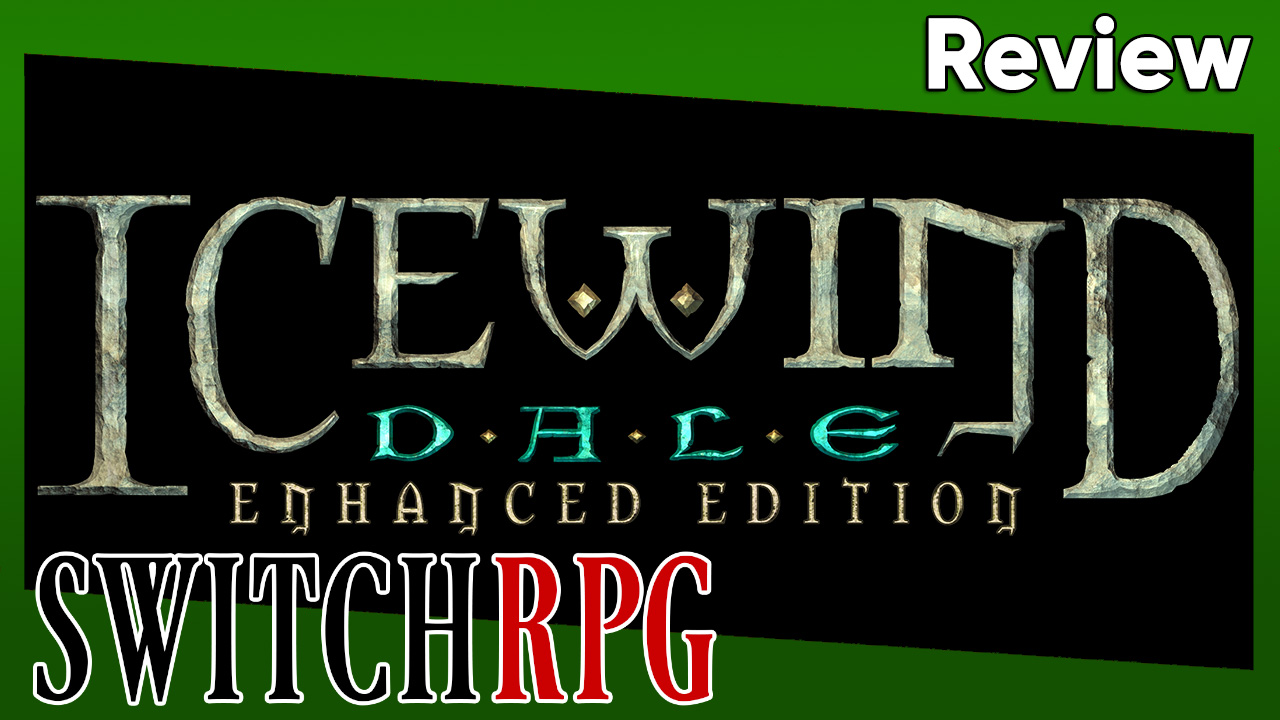 Icewind Dale is one of many enhanced edition CRPGs to be ported to Switch late in 2019, presented together in a package alongside Planescape: Torment. Both of these games, upon their original releases back in the late ’90s / early 2000’s, were scored rather positively, with Planescape: Torment being a particularly well-regarded, high-ranking RPG when compared across all gaming platforms at the time. Given their prestigious history, is the Switch version of Icewind Dale a proper representation of the “classic,” and does it still retain the fun and magic that fueled its accolades from 20 years ago? Let’s find out. 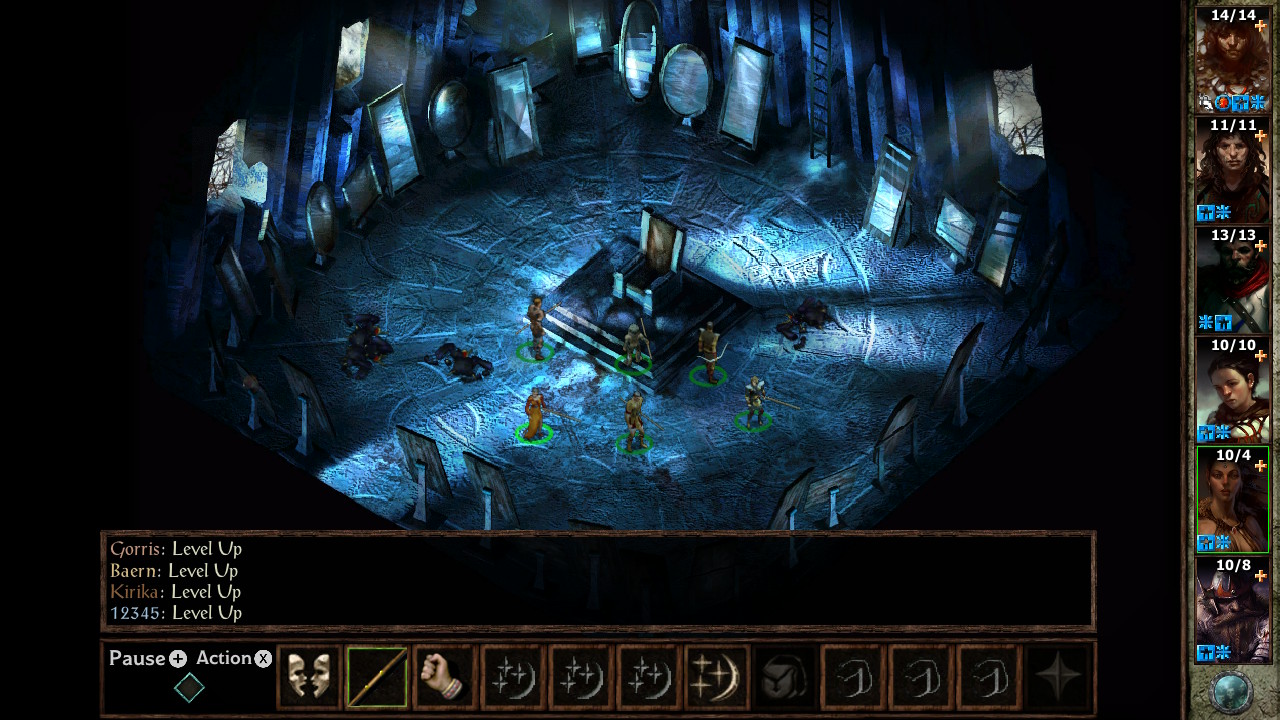 Icewind Dale: Enhanced Edition has aged very poorly in many aspects, including gameplay. You’ll be spending half of your time clicking through the environments and dialog trees to progress the story, and the other half in-combat – the former offers some degree of reward for obsessively searching through the environment, but that reward is hardly ever satisfying, or meaningful. The main dialog exchanges are voiced, but don’t expect an interesting story or engaging plot here. The storyline isn’t bad, but is certainly a rather generic adventure setup. It does get points for having a cold, but lore-dense world.

The core of the combat experience has some severe flaws that, by today’s standards, are simply unredeemable. It feels clunky due to the initial pause-and-click design, which requires severe micromanagement of your six party members. If you forego the second-by-second pausing of the action, then you’ll find yourself at the mercy of a simplistic hit-things-with-a-stick AI. Depending on the characters you initially selected, or rolled, they can have spells or abilities that can be used in combat. Whatever limited abilities you get access to, one or two per character, won’t influence the end result of combat very much, and those that are useful can easily be exploited through resting outside of battle.

For the sake of brevity, here is a rundown of other detracting gameplay elements: the loot system is cumbersome, and drops loads of useless items after each engagement. The controls, although adapted with a character-drive control scheme, is still unintuitive and a constant struggle. The visuals are highly dated, blurry, and difficult to discern between objects, both up close and far away. The audio, ambient background noises, and voices are all low quality. Worst of all, leveling up lacks that sense of reward and excitement that so many others games put front and center. I’ve leveled each of my characters, numerous times through, and have been rewarded with seemingly nothing beyond paltry stat bonuses. The old D&D mechanics that this game is based on are confusing to understand, poorly explained, and useless to the underlying gameplay – even after comprehending them. 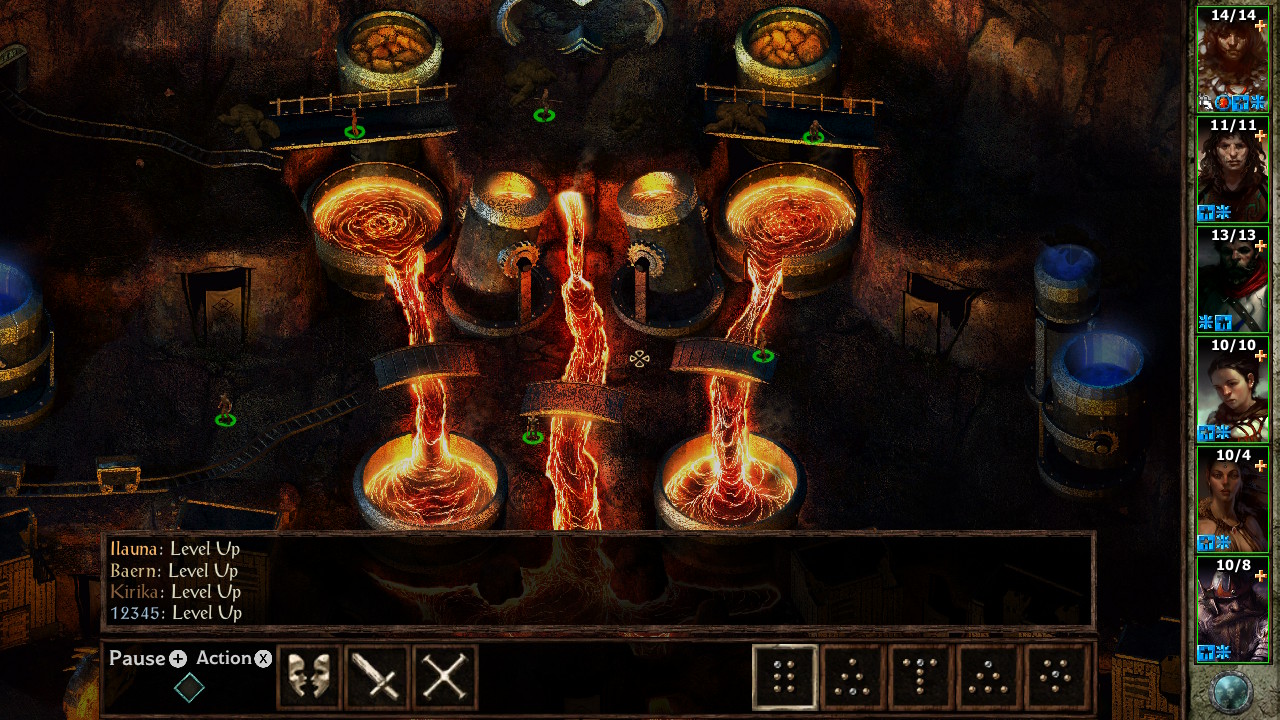 Icewind Dale wasn’t an innovative game 20 years ago – it was a byproduct of Baldur’s Gate‘s success. Alongside Planescape: Torment, they each provided their own iterative spin on the beloved Dungeons & Dragons franchise. It is a shame that Icewind Dale decided to play it safe, and to a boringly generic fault. Playing through this game, and being cognizant of the other RPGs available during this 1999-2000 time period, I find it baffling that Icewind Dale is held in such high regard.

This is a time period where truly great RPGs – Diablo II, System Shock 2, Ogre Battle 64: Person of Lordly Caliber, and Deus Ex – were releasing alongside older, yet timeless classics, like Chrono Trigger. Icewind Dale: Enhanced Edition was a mediocre game in 2000, and has proven to be a BAD game to play in 2020. Unless you have a fond nostalgic memory of playing through this game, I recommend that you save your money – more importantly, your time – by avoiding it.

Co-host of the SwitchRPG Podcast.

haha somehow I put 70 hours into this and enjoyed it 🙂
it was very tactical and for that I liked it.
I kind of used it a s a training ground for prepping myself for BG1&2.

still in hindsight, it would have been a lot easier using M&KB controls.
fumbling around in the inventory with a controller was very time intensive..

“Worst of all, leveling up lacks that sense of reward and excitement that so many others games put front and center.” ROFL… i implore everyone not to take this “review” seriously…