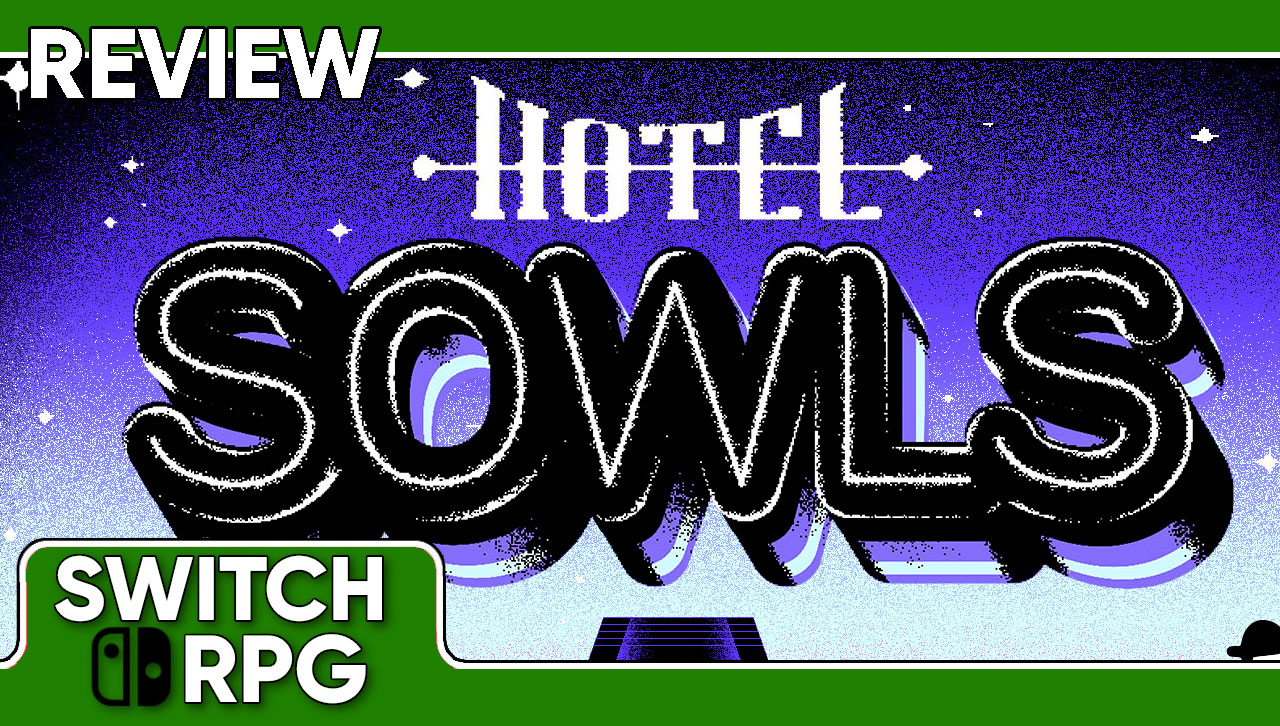 In the time where graphics and gameplay are going above and beyond in their presentation, point-and-click games seem almost like a relic of the past. Between interacting with anything and everything in the desperate hope that you haven’t missed that one specific item that leads to the true ending, point-and-clicks are a mixture of exasperating and charming game design (but mostly exasperating). Does Hotel Sowls bring back that nostalgic feeling of our childhood?

Hotel Sowls is a 2D point-and-click adventure game where you navigate a hotel- surprise, surprise- over the course of five days. During gameplay, you use the left analog or the d pad to move your character while using the right analog to control the “mouse cursor” that is used to interact with other NPCs and items in the world. 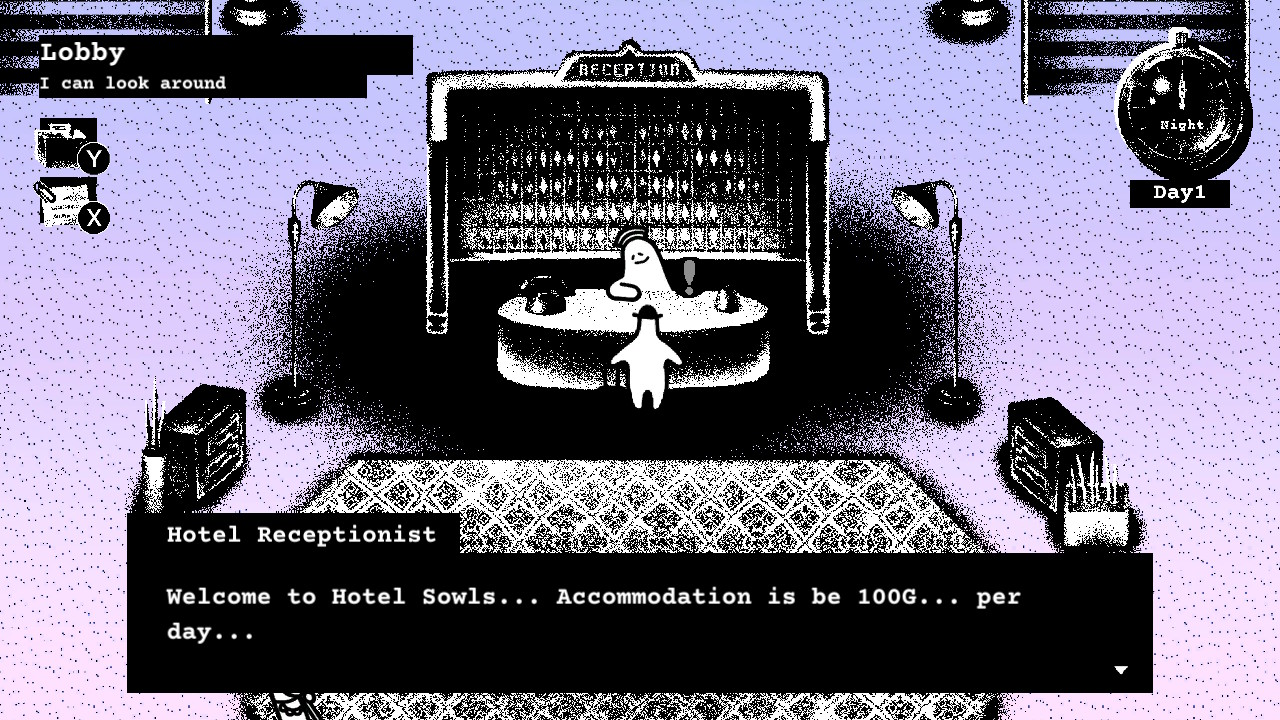 In typical point-and-click fashion, you’ll want to interact with and pick up everything, and I mean everything. Most of the items picked up are used to progress the story, and the game is nice enough to keep areas open so that you can collect the items when you need them. This does make the final part of the game easier to get through if you pick everything up when you see it, instead of waiting until the last moment to track down all of the items. 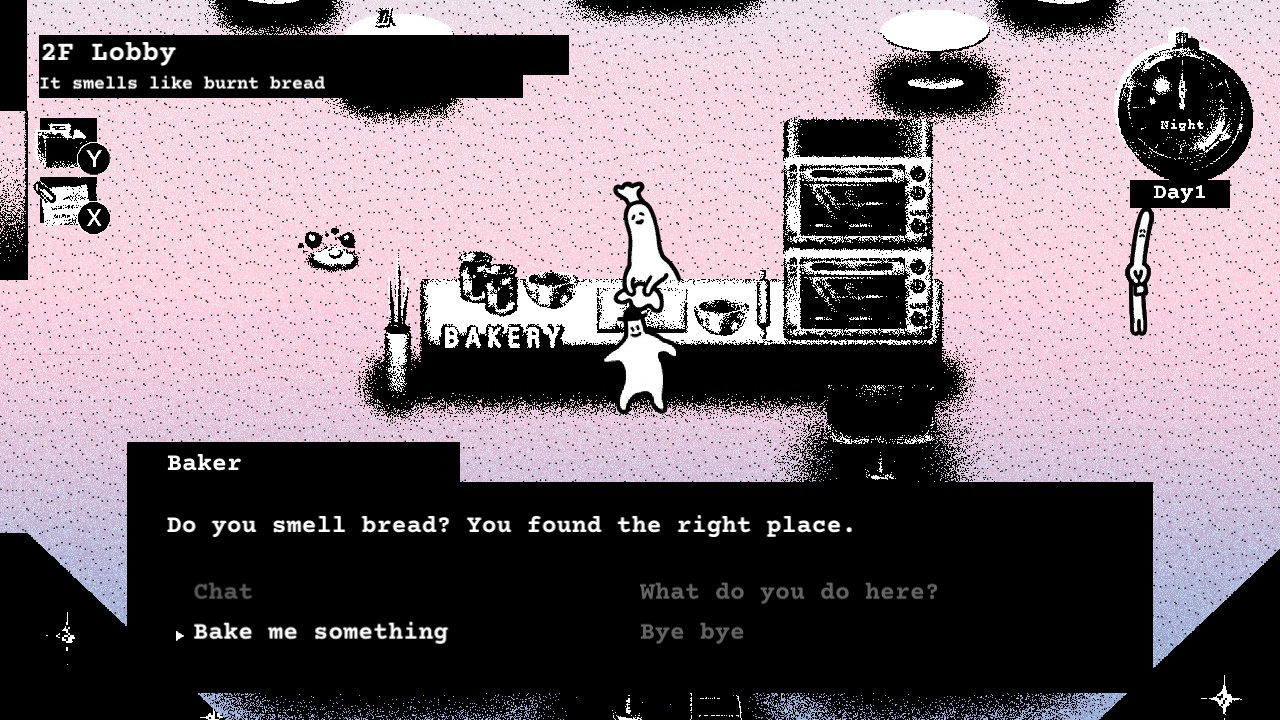 There are up to eight endings that can be unlocked, giving some players a reason to go through the game again. However, there are no save slots to reference back on, so players will either have to reload their save file from a pivotal part of the game to get the other endings, or they’ll have to replay the game from the beginning each time. While the latter is not that bad given how short the game is, the main story is the same every time you play, so replaying the game multiple times can get tedious after a while if you’re just farming for the endings.

In Hotel Sowls, the player takes the role of a pharmacologist who has recently found a rare stone, which if used for their research could result in the acquisition of the esteemed Nobal Prize (not to be confused with the Nobel Prize). Your stay at the Hotel Sowls for five nights, and during the first night, the stone ends up being stolen. Your job is to figure out who stole your stone, and why they did so, though as you explore the game, you’ll find that there are many more mysteries surrounding the hotel and its inhabitants. 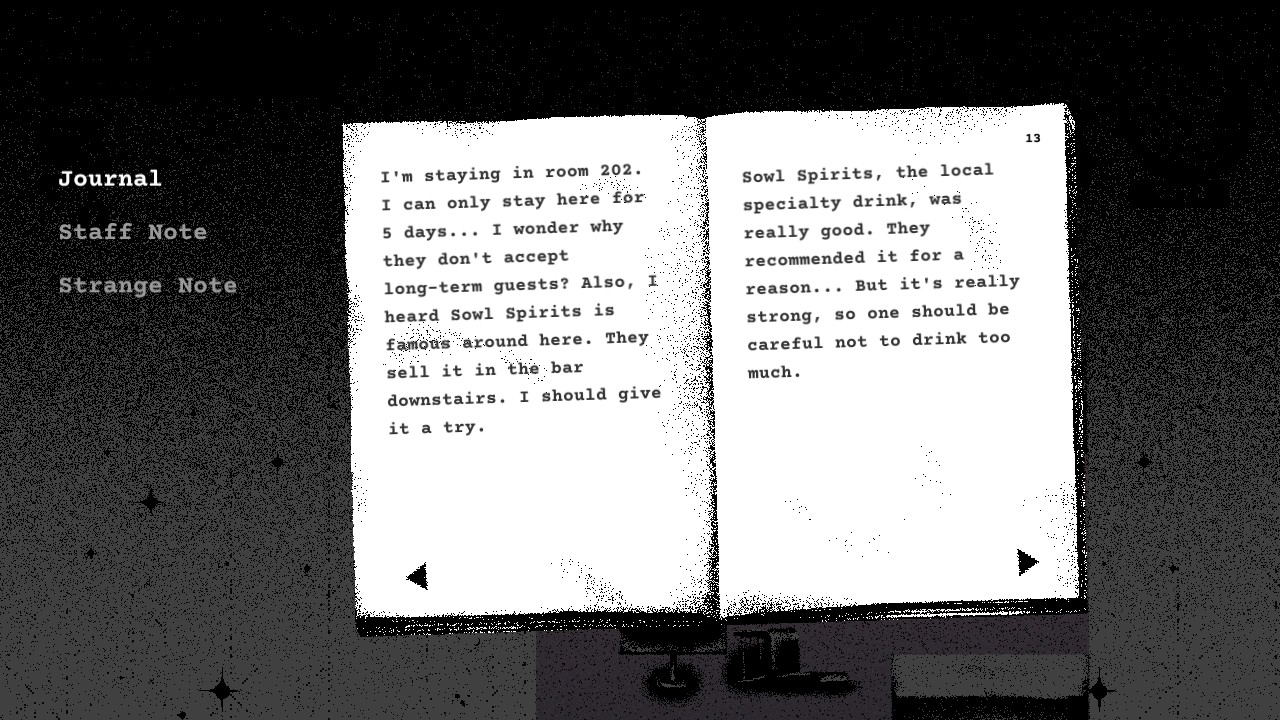 The deeper plot of the story is fairly straightforward, and is pieced together as you collect notes and speak to staff across the entire hotel. Each of the NPCs have their own personalities, and as you progress through the story, their attitudes towards you will change in kind. With each major plot point discovered, new dialogue options will appear for you to ask hotel staff, adding to the notes that you collect about each NPC. It ends up adding to the strange and in some ways, creepy atmosphere. 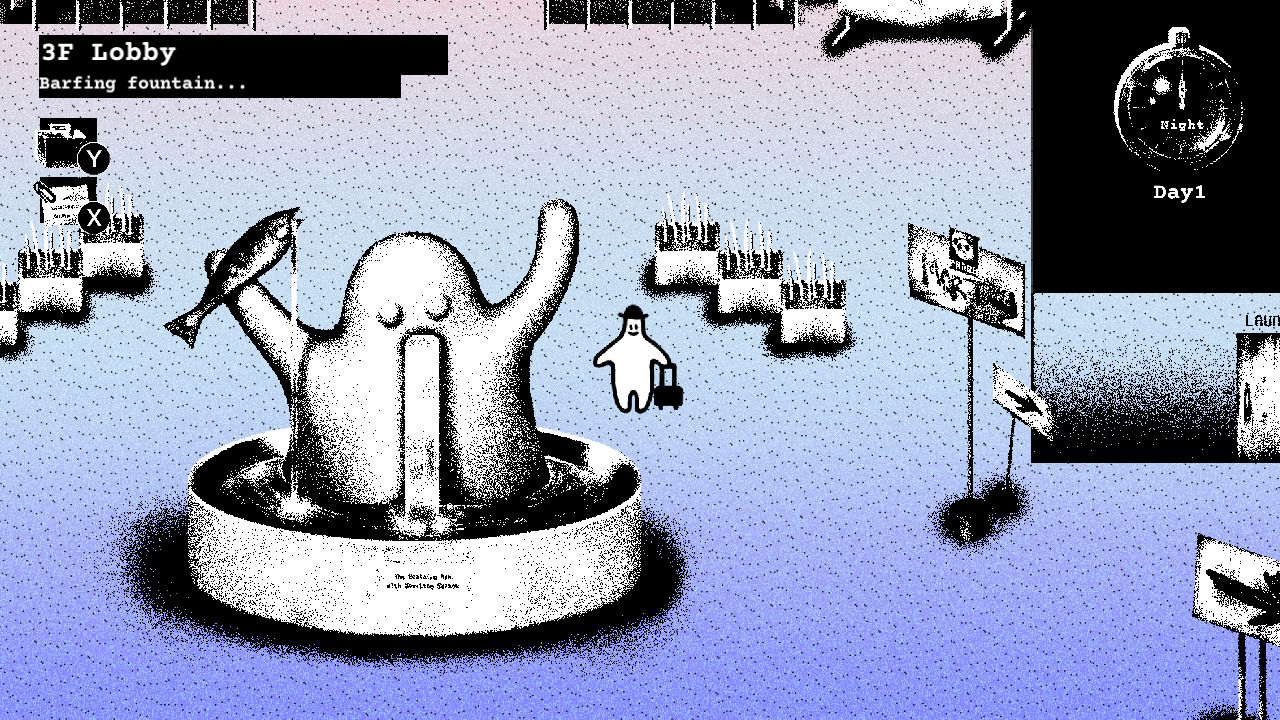 All of the art of the game is 2D, using a grainy, dot-style shading for shadows and dimension. All of the characters possess blob-like forms and are animated in an uncharacteristic way that adds to the strangeness of the game. There is a surprising attention to detail with some of the environments, such as the basement and the kitchen. The music feels like a mix between the jazzy stylings of elevator music- exactly the kind you’d hear in a hotel lobby- and retro game music, blending together very nicely to set the mood.

With all this said, Hotel Sowls is both strange and frustrating. As someone who did not grow up on point-and-click games, I didn’t truly realize how intensive the interactions had to be in order to actually progress through the game. What do you mean, I need to put these three seemingly unrelated items together in order to unlock the next night? I also didn’t expect the sudden creepy undertones to appear like they did, despite a small part of me (a very small part) actually wishing the game went deeper with the creepiness. I’d like there to be more of a threat against my character, but just as quickly as the narrative dips its feet into this territory, you’re pulled right back to relative safety.

Outside of a few quirks, Hotel Sowls is a nice, quick experience for those looking to dip their toes into the point-and-click genre. The characters are quirky and the plot really starts to pull at your heartstrings at one point. It’s an experience that I wouldn’t have normally sought out to appreciate or enjoy, but I’d say it’s worth checking out.