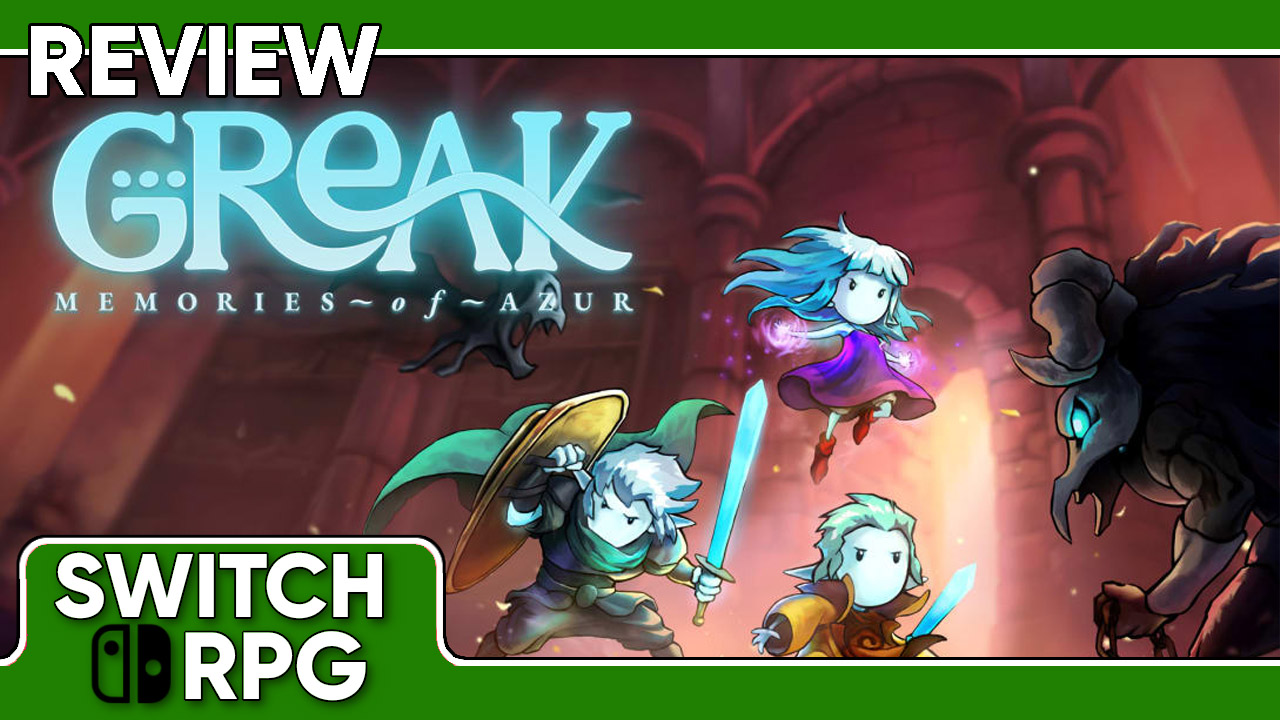 Another day, another side scrolling action-adventure game drops on the Nintendo Switch, right? Yep! And today, we are taking a look at Team17’s published game, Greak: Memories of Azur. If you have seen the trailer for Navegante’s game, then you should already know about the beautifully drawn game we are going to examine. 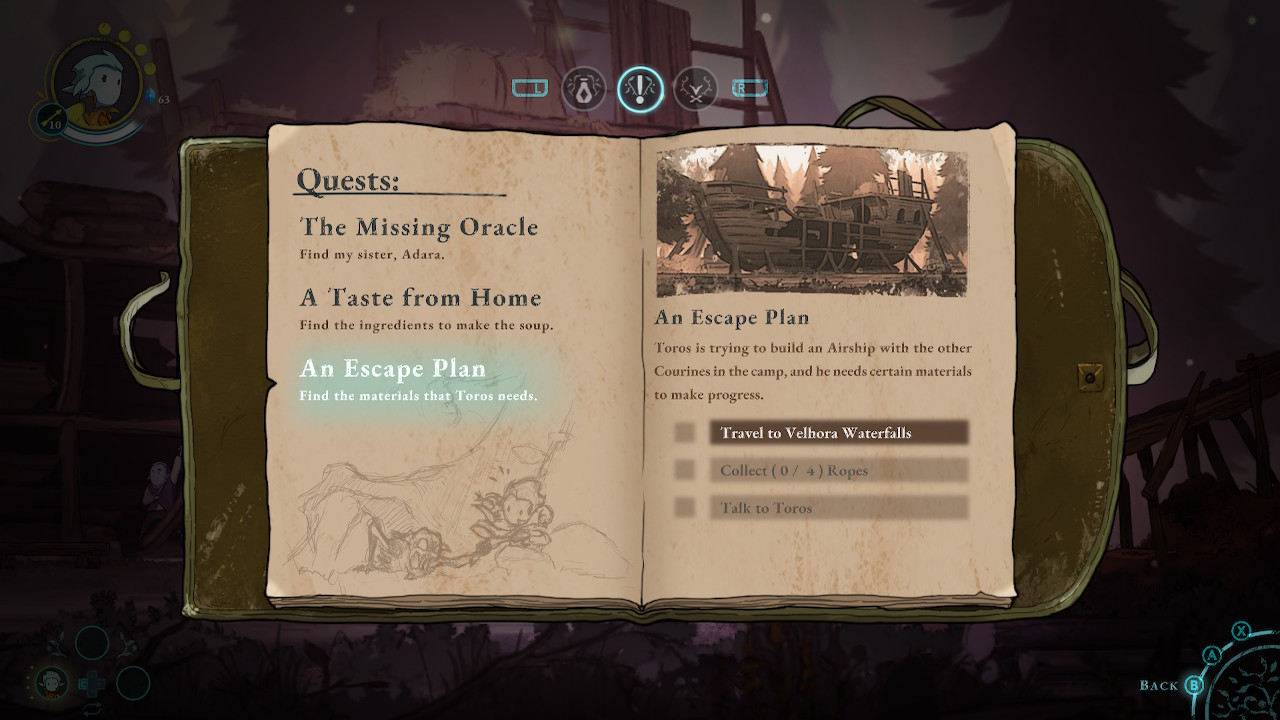 Greak: Memories of Azur begins with Greak, one of three siblings who have been separated and now must search the land of Azur to find each other and also flee. The land of Azur is under war and Greak makes it one of the last standing Courine camps. As Greak awakes in the camp after falling and being rescued, he comes to realize the Courines are fleeing – they are scrambling to build an airship. The land of Azur is being ravaged by a rival race called the Urlags.

Greak wants to find his siblings, Adara and Rydel, and unite with them so they can escape together. So Greak talks to Toros, who is leading the construction of the airship and is tasked to collect some materials, first being rope. Toros tells Greak to search the Velhora Waterfalls for the rope. There he hopes to find the necessary materials and some hints to Adara’s whereabouts. As Greak sets out, he also speaks to Zack, who is willing to train Greak to be a better fighter. In return for completing certain tasks, Zack agrees to teach Greak new techniques. 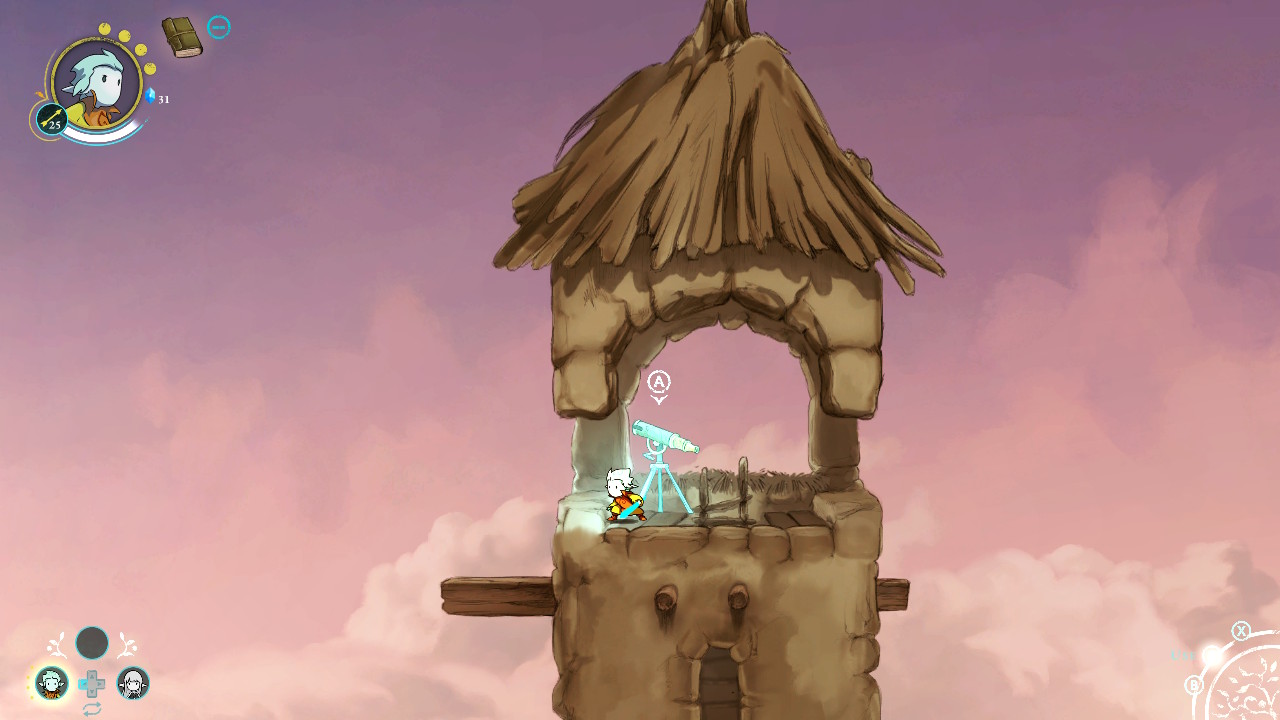 While the premise might seem simple – find your siblings and aid in the competition of the airship – there is plenty of lore and backstory available for the player to discover. Talking to the various NPCs of Raven’s Road Camp and checking the various bookcases throughout the world provides plenty of backstory into the people and events that are unfolding with the Urlags. 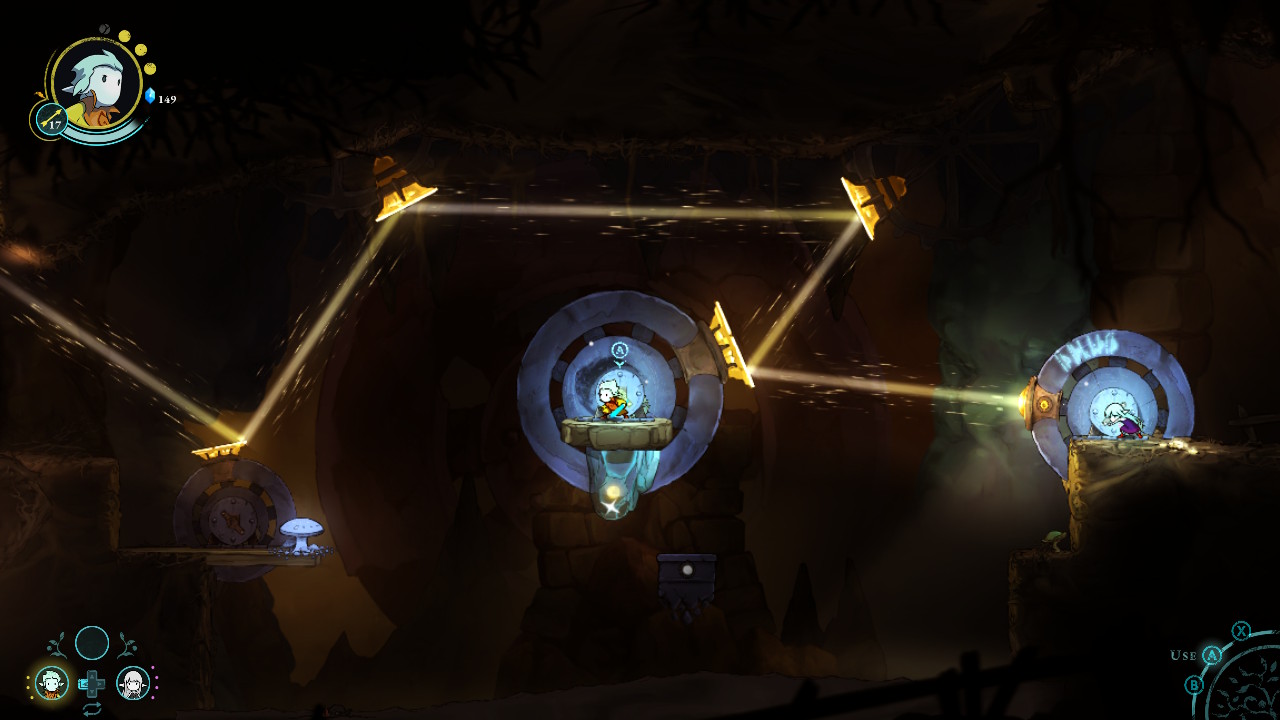 Greak: Memories of Azur is a side scrolling action adventure game where you control up to three characters at one time. You can choose to control all 3 at once with a primary one selected and the other 2 passively following as you hold down the button or alternate between each. This allows the user to traverse the map getting each of the respective characters to the destination. For the most part you need to bring all of the party members to the destination. You can leave a party member alone and if they are being threatened, you will get an on-screen alert to notify you to switch to them before they perish.

If you die, you will revert to your last save point. The game does not have an auto-save system so it’s on the user to save at each of the respective points. The game for the most part is very generous on the amount of save points available. While the save locations don’t act as fast travel points, there are similar looking pedestals that do serve that function. These allow you to fast travel between one another for a nominal fee (10 of the in-game currency). 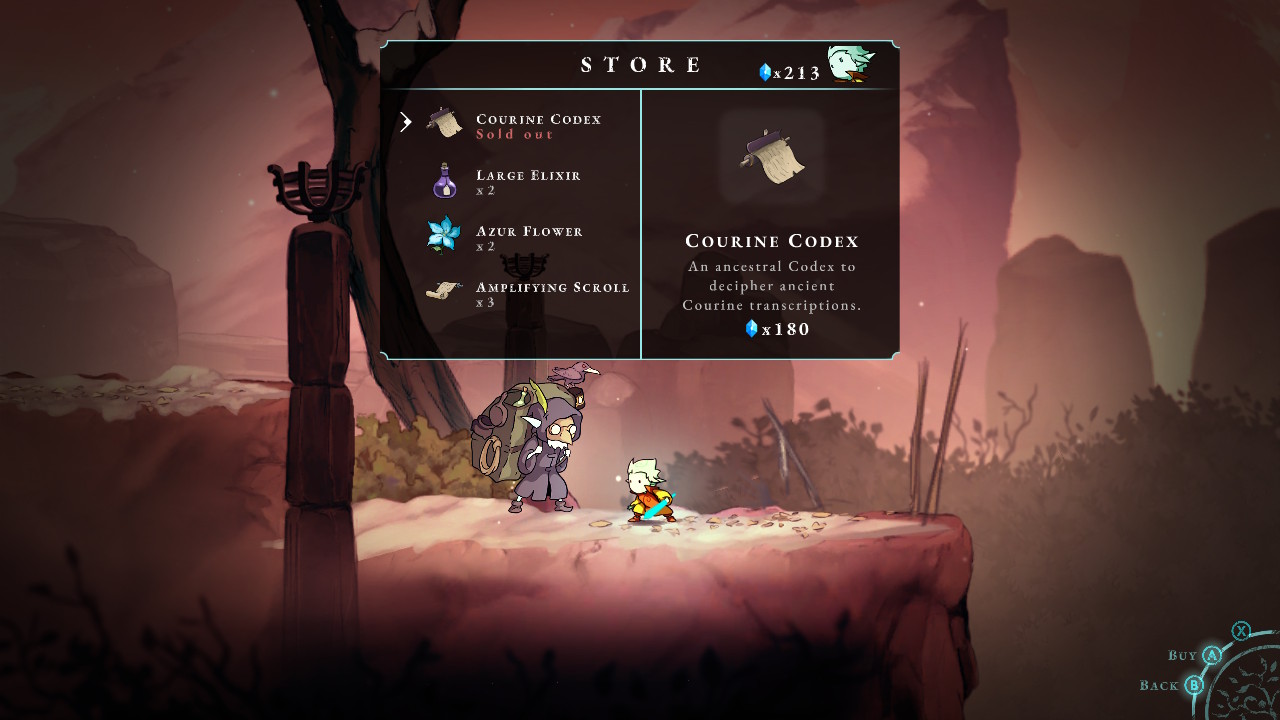 As you traverse the world you will encounter a variety of Urlags. These encounters for the most part involve hitting the attack button or using the jump button to evade. The combat isn’t very complex – Greak eventually does learn to do some simple combos, like pressing down plus the attack button to do a downward attack, but it doesn’t get much deeper than that. Each character handles differently in combat: Greak has a faster, yet small sword, Adara has the ability to shoot a projectile, and Rydel has a heavy sword.

As you progress in combat, you will come across several boss fights, many of which I found to be disappointing. Early on when you only have one party member you have to focus on the bosses timing, but after filling your party, defeating foes is usually as simple as spamming the attack button. You will also find that some enemies drop crafting materials or you can collect them from the various plants or chests scattered around the map. Some of these items have a temporary effect increasing your damage output while others can be used to heal. If you have three of the same items at campfires found across the map, you can cook and combine them into a more powerful healing item.
Some items picked up are only good to sell back to the shopkeeper in camp. Doing so will allow you to gain enough currency to purchase elixirs or inventory upgrades. Each character has their own inventory, so you need to plan and manage accordingly who is carrying what. Other items you find are used to solve quests or complete puzzles. 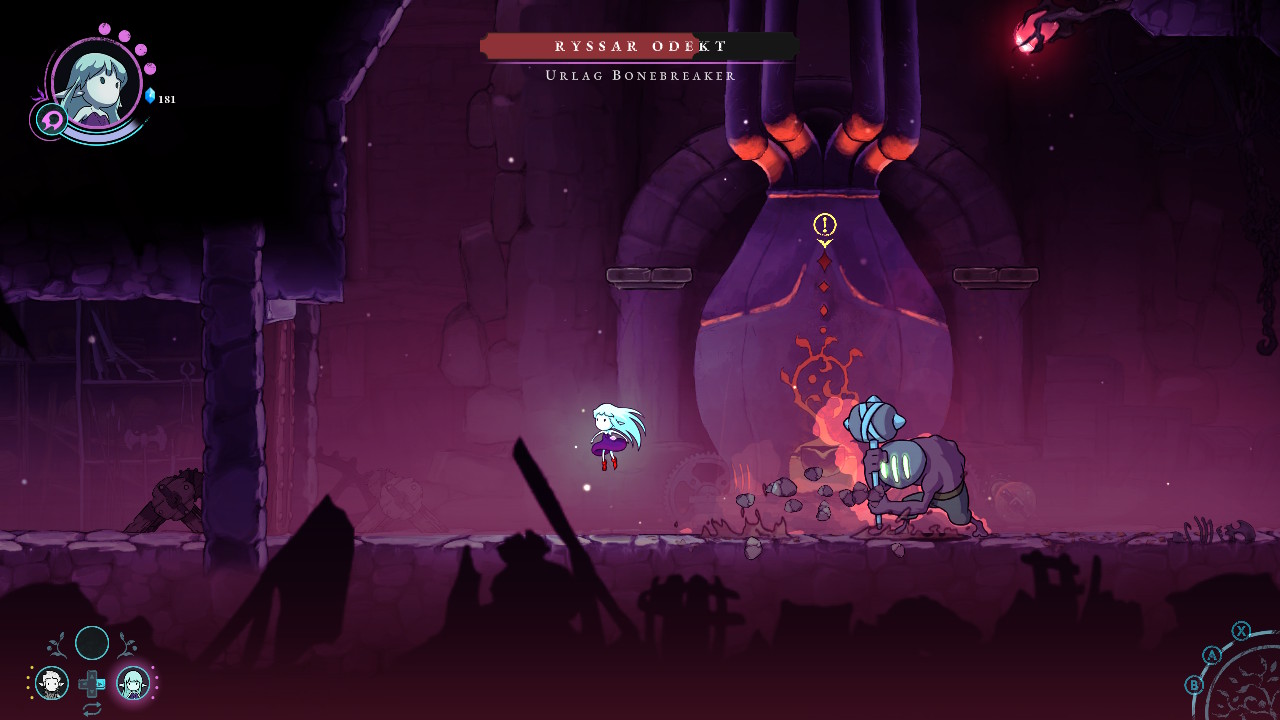 One of the game’s strengths is its puzzle design, where it follows the aforementioned example of making combat unique between party members by doing the exact same with puzzles. Greak is small, so he can fit through tunnels while Adara can hover for a limited amount of time and can swim for a longer amount of time. Greak can swim for a short amount of time and Rydel can’t swim at all, but has a grappling hook type item which allows him to reach areas the other two cannot. You can even find an optional relic which grants Adara unlimited time under water which is useful as you solve complex puzzles to get Rydel across water areas. All of this combines for a very clever and fun puzzle system.

In addition to the main scenario, optional side quests are available, like fixing a broken telescope and challenge rooms. At first when you enter these you will see a tomb in each with some writing you can’t make out, but later on you can find an item to translate it. Once I was able to read the text I was able to figure out what I needed to use and what needed to be done to complete the room. Completing it netted the selected character an increase to their total health. I wish the game offered a better map system as I knew there were areas early on I could access and an additional challenge room I missed, but I forgot where it was and the lack of a detailed map left me with no desire to wonder and try and find them. 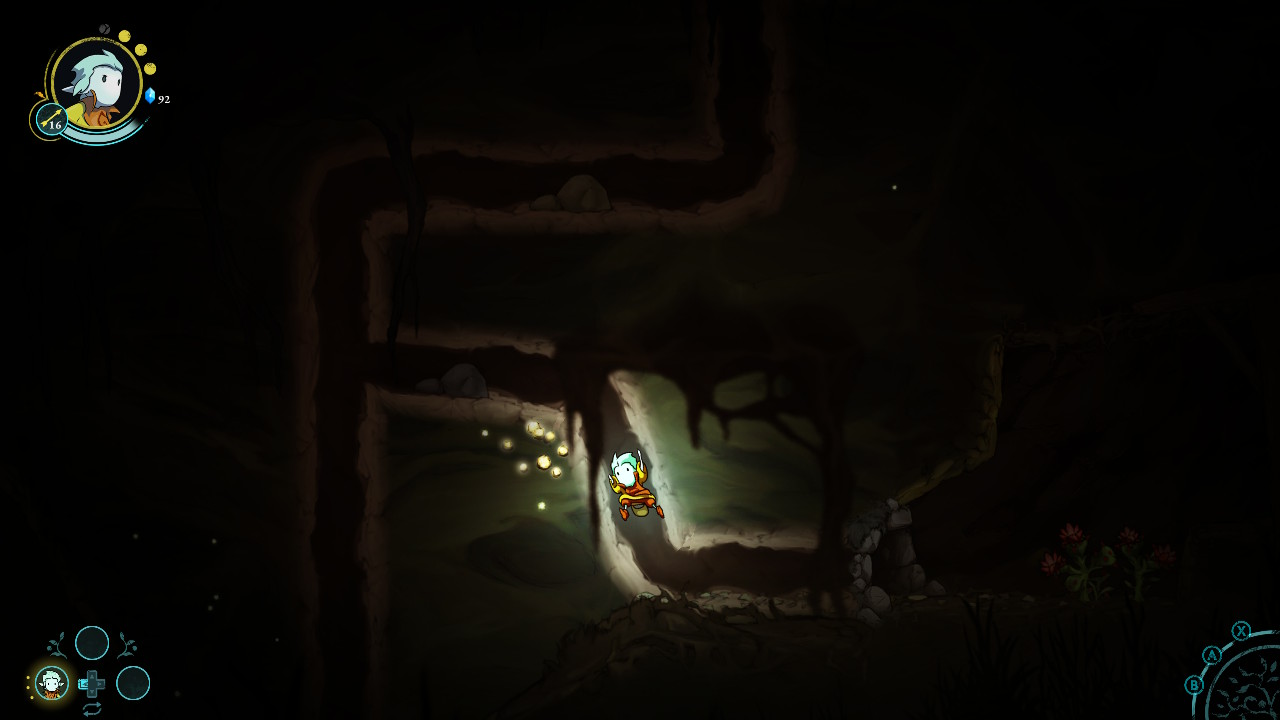 As I said in the open, Greak: Memories of Azur is stunning to look at. I was immediately interested in the game based on the type of game and how it looked from the trailer. The game has a beautifully hand-drawn visual presentation backed by amazing lighting. Navegante nailed the visuals as the style and look they went with looks great in both screenshots and in-motion, carrying over seamlessly to the game’s more anime-inspired cutscenes. 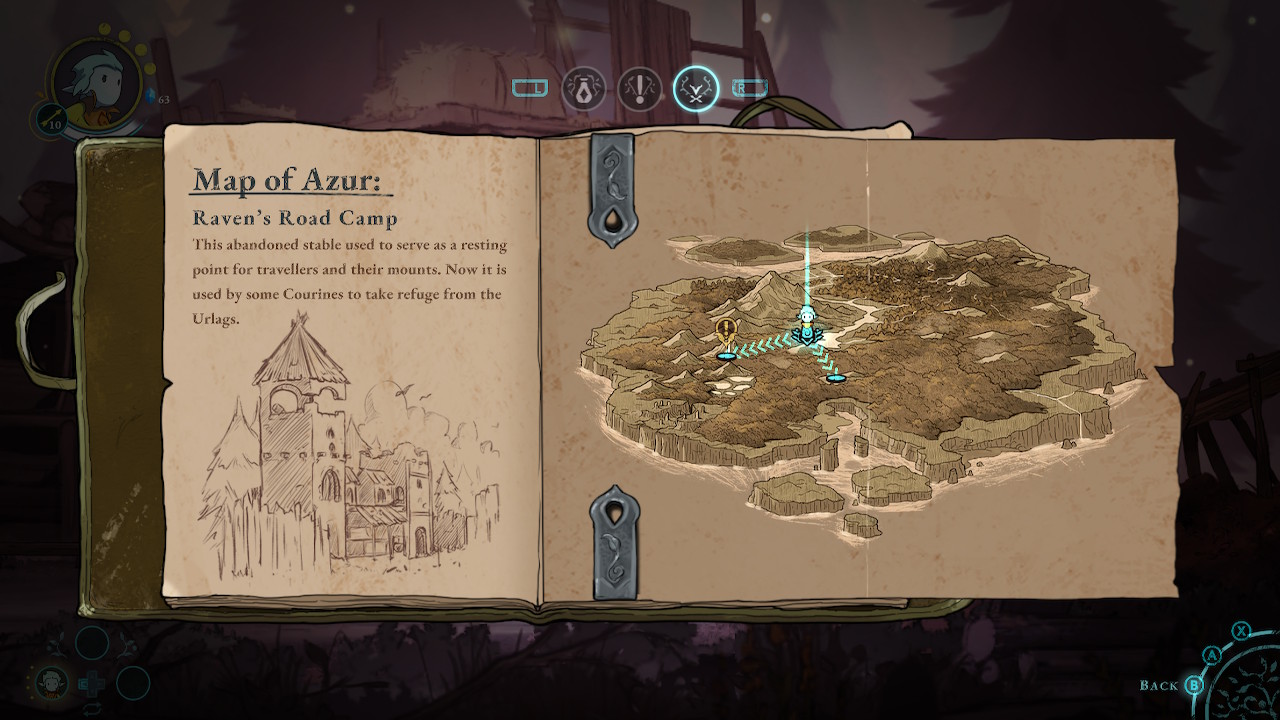 To accompany the great visuals is a fully orchestrated soundtrack. The music is paired perfectly and goes well with the vibes they are trying to create. As you explore the creepy marshes or the deep caves the tones and sounds work perfectly to capture and set the mood. The only setback to this is the lack of a dynamic camera; players can move the camera around using the right stick, but only to check around the active character’s surroundings. A little bit more control with the camera would have been preferred.

There is no denying Greak: Memories of Azur looks fantastic on Switch; I can’t wait to go back and play it on the OLED model. However, while the game looks and sounds amazing, I do have some issues with the gameplay. The switching between characters is an interesting mechanic and creates some creative traversal and puzzles, but I found several times I was mistakenly switching to another character when I didn’t want to. As previously mentioned, you need to bring all of your party members with you to each destination, which can be cumbersome at times and begs the question: why no local co-op? Drop in/out local co-op would be a great addition to the game, and hopefully they decide to patch it in as I feel the lack of it is a missed opportunity and this game is just dying to be played in co-op.

Several times I found the combat to not be as tight and responsive as I would like. Trying to pull off a combo is when I found myself sometimes switching characters unintentionally and other times I found if I kept all party members together, I could just spam the attack button and I could take down bosses with ease.

My last gripe with the game is when I felt like it was really hitting its stride by using all three party members to solve puzzles, my adventures were over. I was able to complete the game in about 10 hours. I am missing a few relics and health upgrades, but the lack of a map system with modern QoL features, such as the ability to leave markers to show level detail made going back and hunting those down not worth it for me. 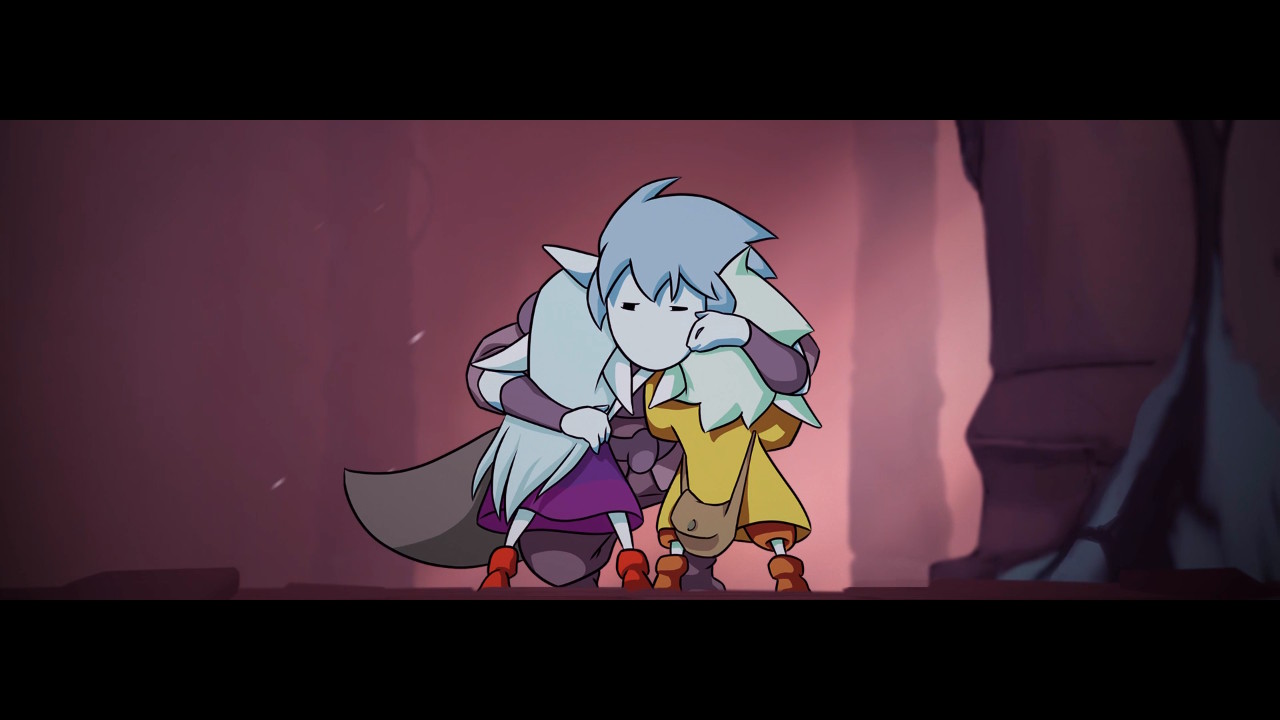 Overall, it’s clear the team poured a lot of passion into making this ambitious project and, for the most part, I enjoyed my time with it despite its flaws. Games in this genre need to do something unique and different to stand out from the pack, like the Ori series or Monster Boy and the Cursed Kingdom – that key defining hook just wasn’t there for me here. Sadly, if it’s an epic side scrolling adventure you’re looking for, this isn’t it.