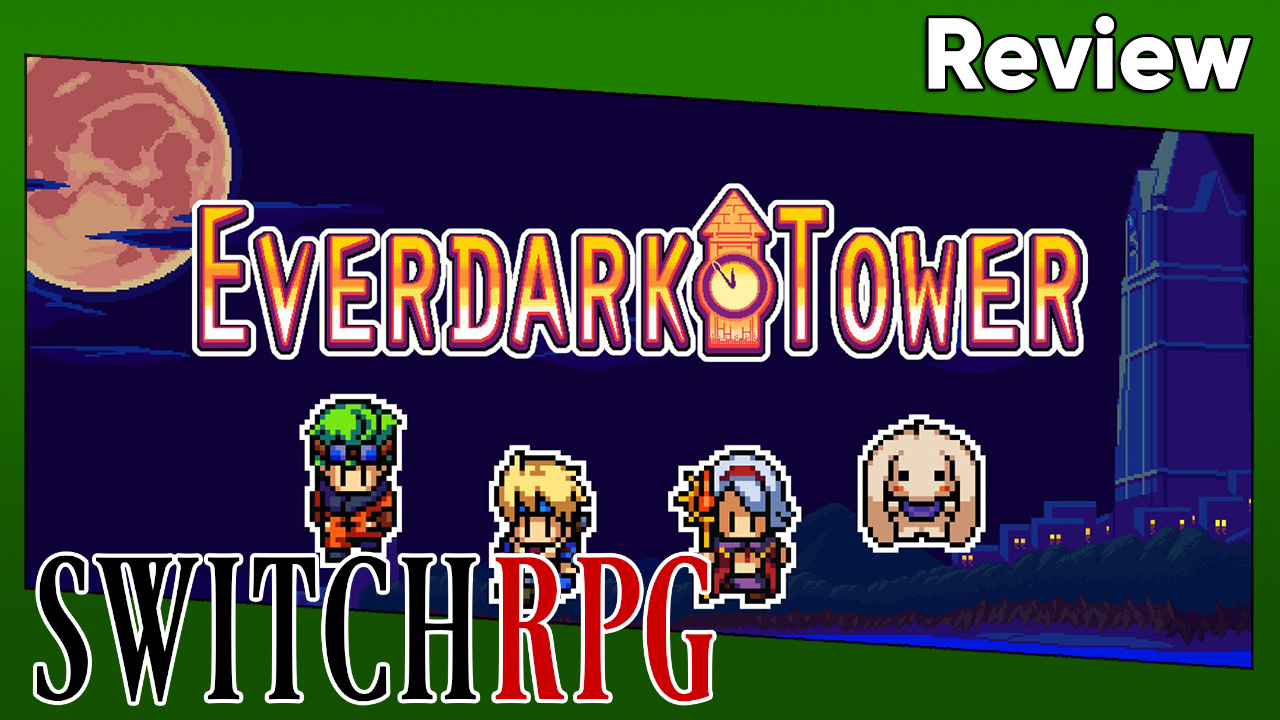 In the back half of 2019, KEMCO published two new RPGs from developer Hit Point Co., both billed as self-aware, bite-sized experiences. The first, Archlion Saga, hit in July, and managed to deliver on its promise, presenting a well-balanced experience that felt fit for its value, a five dollar price tag. All the core RPG elements were there, but stripped down to the bare essentials, showing that even in the most minimal of forms, these core RPG features make for compelling and fun gameplay. You can find our review of Archlion Saga here.

The second game in this series, Everdark Tower, released in August, is built in the same engine. Today, weto see if it manages to live up to the expectations of its predecessor. 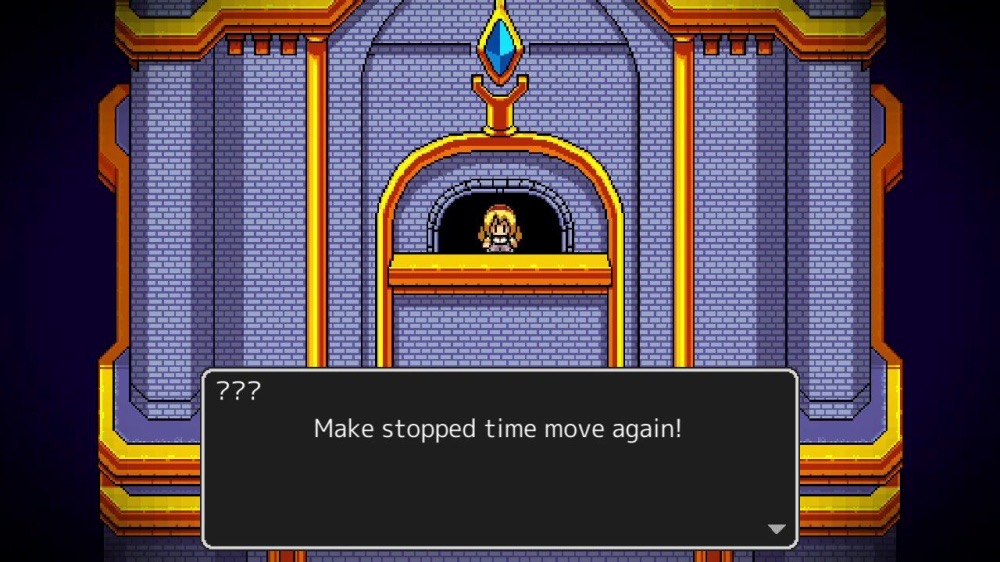 Everdark Tower tells the story of a world where time has stopped. An eternal night blankets a secluded island, where monsters – usually banished by the daylight – make repeated forays into human territory. Towns and villages live in constant fear, their children unable to leave the protective walls of their settlements, travel and trade becoming ever more dangerous. Every day, the monsters grow in strength, threatening to overrun the people’s defenses. They know not what caused the flow of time to stop, and hope is fading fast.

A traveling adventurer arrives, beckoned to the island by the dream of a maiden trapped in a tower. Upon landing, the adventurer begins his journey to the eponymous tower, where his dreams tell him a solution may be found. Along the way, he gathers a small band of companions, who work together to solve the mystery of the island’s fate and restart the flow of time.

Like Archlion Saga before it, Everdark Tower bills itself as a bite-sized RPG, with stripped down mechanics, a short, streamlined story, and a run time of only a few hours. But where Archlion Saga managed to make each character feel unique, flawed, and interesting, Everdark Tower offers up generic heroes with very little to endear them to the player. The strongest part of the story comes from the mystery of the maiden who haunts our protagonists dream, a girl whose story quickly turns the plot from the expected, world-saving tale into one far more personal. Ultimately, the story falls mostly flat, as the writing for Everdark Tower fails to be as economical or effective as its predecessor. 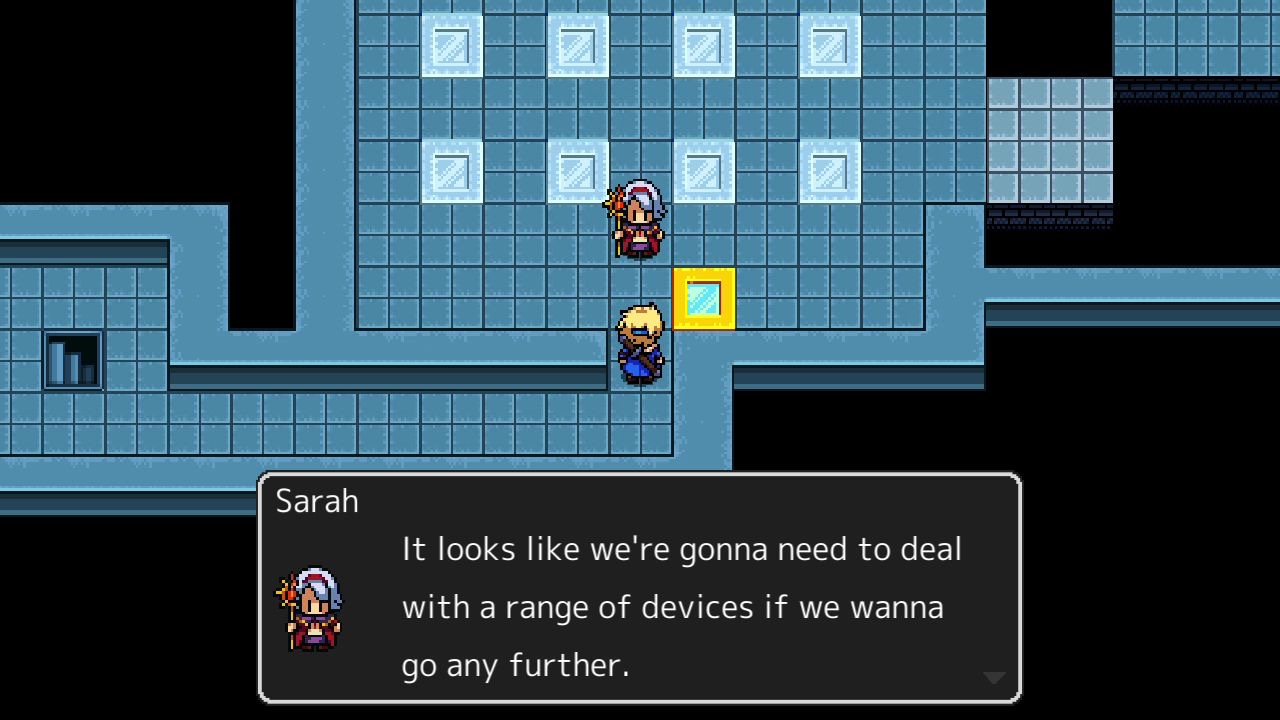 Following in the footsteps of Archlion Saga, Everdark Tower follows a simple, five-chapter structure. A short introductory chapter provides an exposition dump, while the remaining chapters are structured to give a short bit of story, exploration, and then a dungeon area to complete. Everdark Tower wastes no time throwing you into some classic, JRPG dungeon puzzles – some rote, others original. You’ll be moving platforms, identifying patterns, and flicking switches all throughout your adventure. Each chapter also introduces you to a new member of your party, giving them a short character spotlight before having them join our hero on his quest to restart time.

During the story segment of each chapter, the player can, with a simple button press, highlight the route to their next objective. This allows players to keep plowing through a story bits without missing a beat, and is one of the main selling points of the game. It’s a novel concept that can instantly relieve frustration, though relying on it too much can take some of the impact out of the story. Wisely, this pathing feature is disabled in dungeon areas, forcing players to solve the various puzzles with nothing more than their wits.

Also littered throughout each chapter are a series of little star tokens, which can be used for a variety of functions. You can spend them to open special chests with powerful items and gear, double your experience gains after battle, and open doors required to progress the story. The game gives you plenty of these stars to work with, so you shouldn’t find yourself without one when the story demands it; even when using them smartly can help you stave off any significant grinding. Presumably, these stars play into the mobile edition’s DLC content, giving you a means of accelerating your game even faster – but they work just fine as a secondary currency on the console. 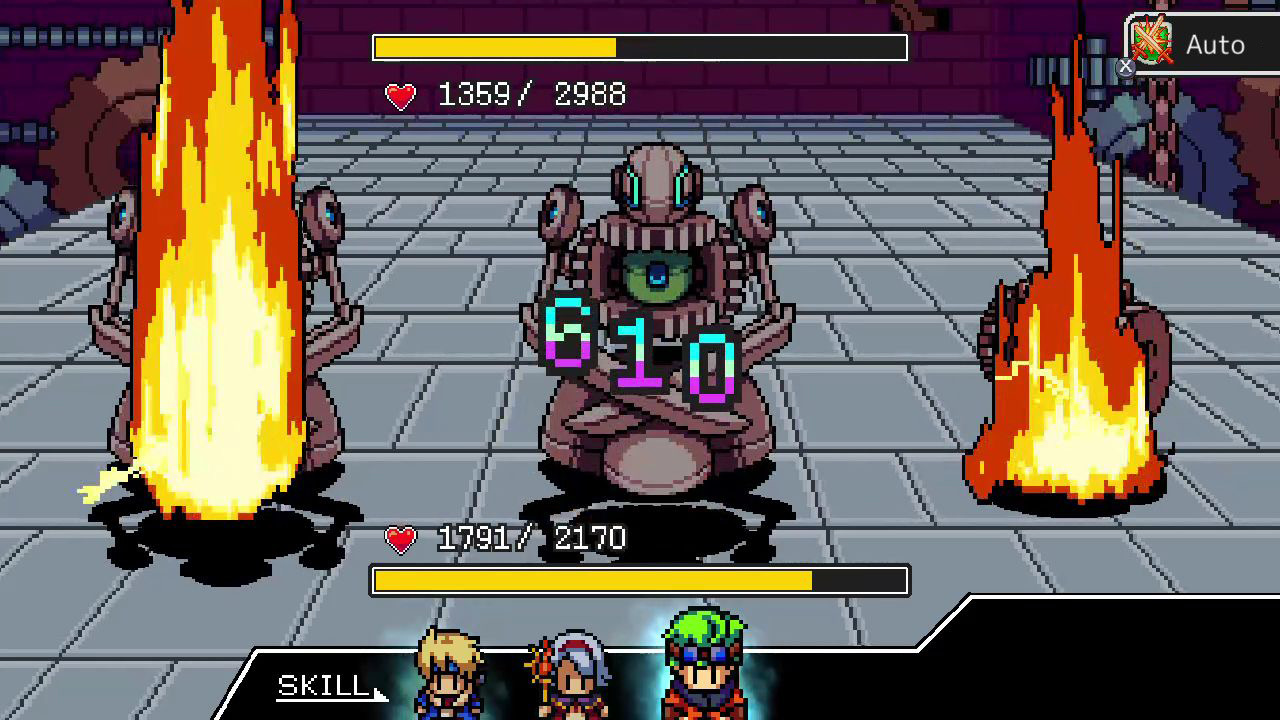 Battles in Everdark Tower are essentially turn-based, one on one affairs. I say essentially, because while your entire party does line up against a team of monsters, each group actually acts as a single unit, making one action each turn. Your party shares a HP pool, combining their strength and defense stats together. Special abilities are character specific, but choosing one will use up the entire party’s action for that turn. Each ability comes with a ‘trigger’ that must be met for the skill to be usable – whether it be having a certain amount of HP, allowing a certain number of turns to go by, or being afflicted with a specific status effect. Learning how to dole out our abilities and pace battles is an essential part to being successful.

In terms of challenge, Everdark Tower operates on a nice curve. Enemies hit hard and grow in strength from chapter to chapter, forcing players to make good use of their abilities and limited recovery items. Gold gains are also paced out nicely, as you’ll need to be econominc to keep your party equipped, but at the same time you’ll also rarely feel totally under-equipped or outmatched. When you do find yourself facing off against particularly difficult foes, you’ll find the experience gains scale very well – especially when combined with double experience from the star tokens. In this way, the game stays challenging while still moving at a fast clip.

Finally, boss encounters in Everdark Tower are generally well-executed, though they tend to drift into HP-sponge territory a little too often. Some boss battles are truly strategic affairs, as several will deploy highly specific tactics centered around certain status effects (or the negation thereof), forcing players to think hard about how to overcome them. Again, as with the standard battles, the challenge is tuned to just the right amount of difficulty – providing a real threat without ever being unfair or overwhelming. 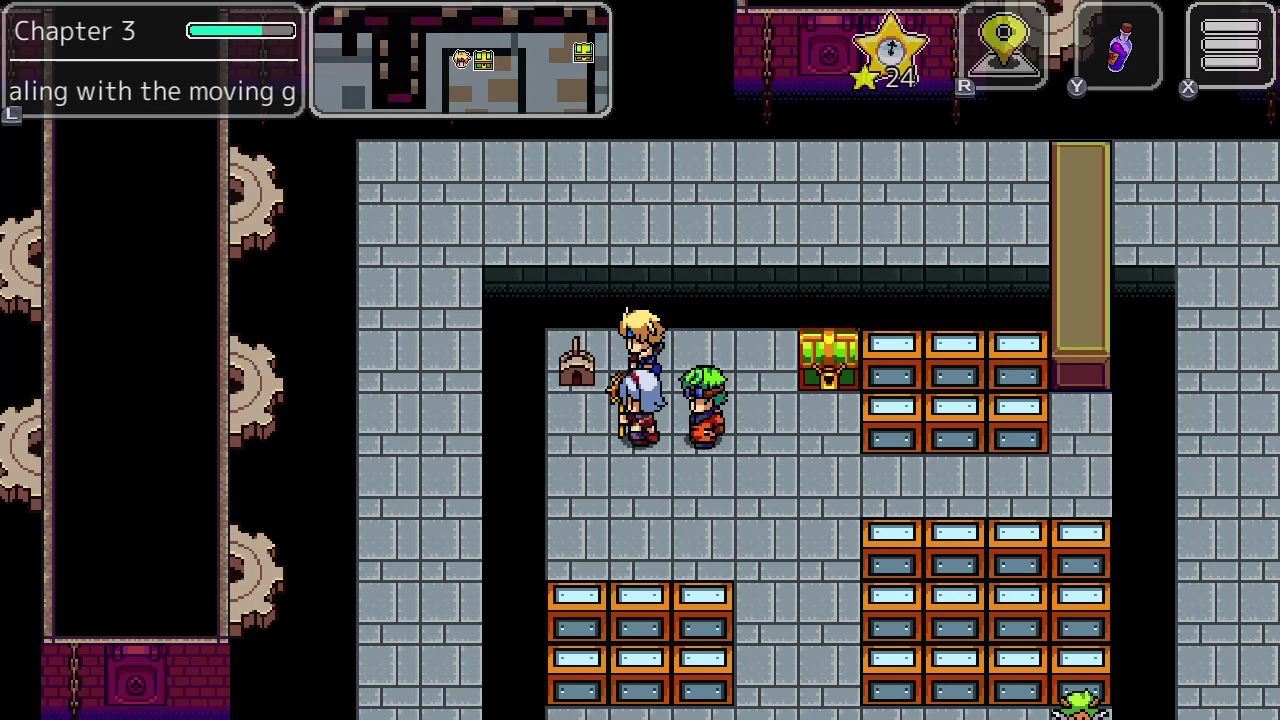 Unfortunately, despite being built on the solid foundation set by Archlion Saga, Everdark Tower falls short in several areas. Besides the story being lackluster in comparison, I also found the game had some odd performance issues. Movement in Everdark Tower is strangely sluggish, with some input delay on character movement and action buttons. After about an hour of play, I went back and booted up Archlion Saga to see if I was just having some issues with controller, but the game ran just fine. I can’t imagine what the developers could have done in their implementation of Everdark Tower to cause these issues, but whatever the cause, this slow movement was a constant thorn in my side throughout the adventure.

Outside of these issues, Everdark Tower just wasn’t quite as well-paced or well-designed. Characters had less clearly defined archtypes in their abilities, the progression from chapter to chapter had less impact, and the final dungeon didn’t have the same oomph. From start to finish, it was an inferior experience, which is disappointing, considering what a solid little RPG Archlion Saga turned out to be. If you are looking for a solid budget RPG for under five dollars, give Archlion Saga a try, and only loop back around on Everdark Tower afterwards- but prepare to be disappointed in the long run.