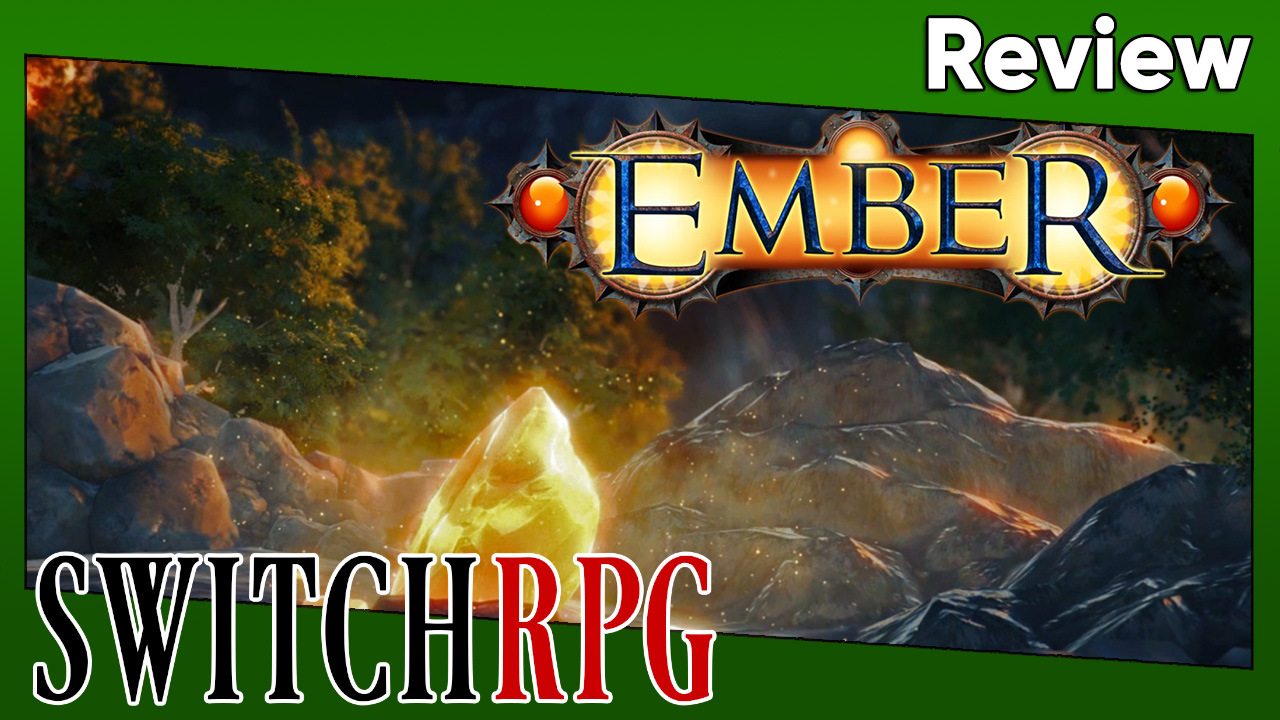 The official Nintendo page for Ember describes it as a “homage to classic role-playing games,” and this certainly seems to be the case once you’ve played it. As a fan of older RPGs, I appreciated this approach, and found myself mostly enjoying my time with the game. With that said, the game does have an Achilles heel… 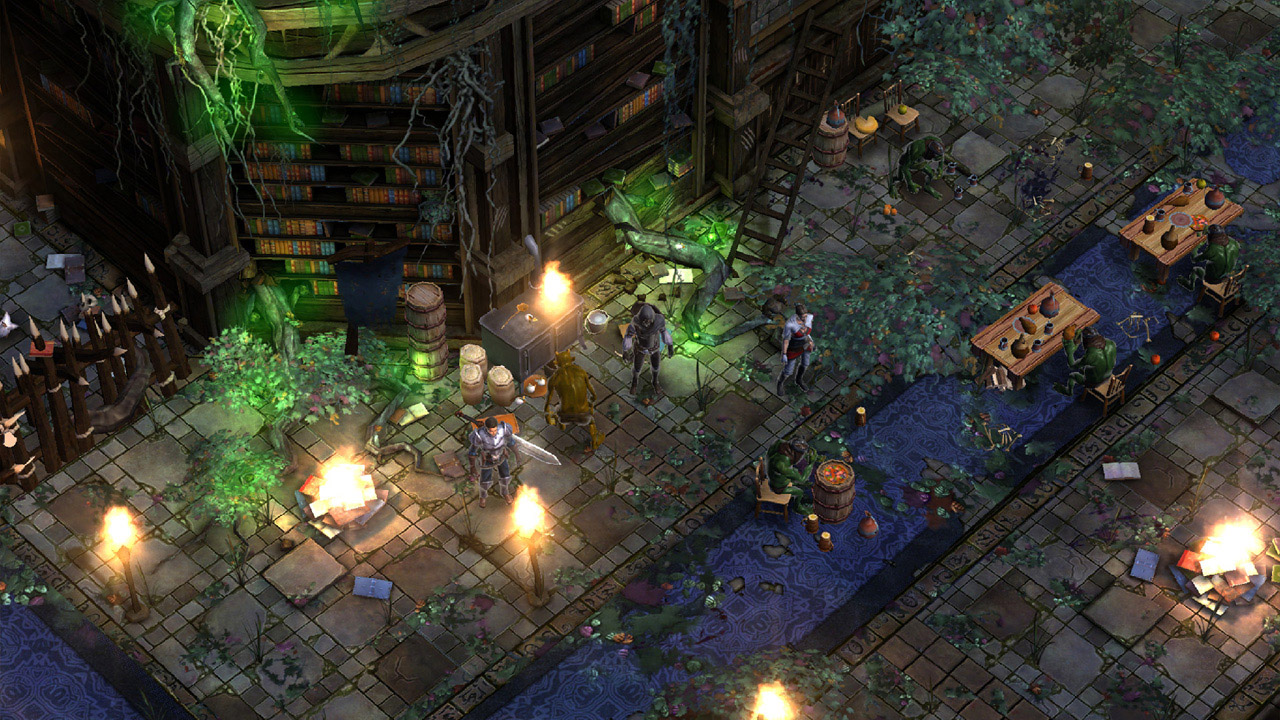 Ember’s plot focuses on a fantasy world generally explained in the opening cutscene, with a voice-over narration reminiscent of Cate Blanchett’s opening lines in The Fellowship of the Ring– even the tone of voice and delivery seem like mimicry. The world is populated by The Three Races: Dwarves, Humans, and Elves, though there are also Giants and other beings. The most significant part of the world, however, are the “Embers;” sentient, glowing beings that are often misused by the other races. An order of monks, concerned by this abuse, decide to resurrect a famous “Lightbringer” (Lightbringers were honorable knights and friend to Embers, but they were wiped out by The Three Races) to rectify the situation. You play as this resurrected, amnesiac Lightbringer.

There is a touch of Star Wars here, especially when you consider that your apparent enemy is named “Darkbringer.” It’s the Ember aspect that I feel is the most original, and probably most interesting part of the story; they are a misunderstood sentient race that are often treated as if they were mere objects. The plot as a whole isn’t bad, and there are a couple of nice surprises here and there — I was particularly taken with a mission involving a massive library that had been overtaken by Goblins. I wandered around observing the mayhem within and encountered a Goblin chef, an intellectual Goblin King and even a group of Goblins frantically doing star-jumps and pushups for their demanding commander. 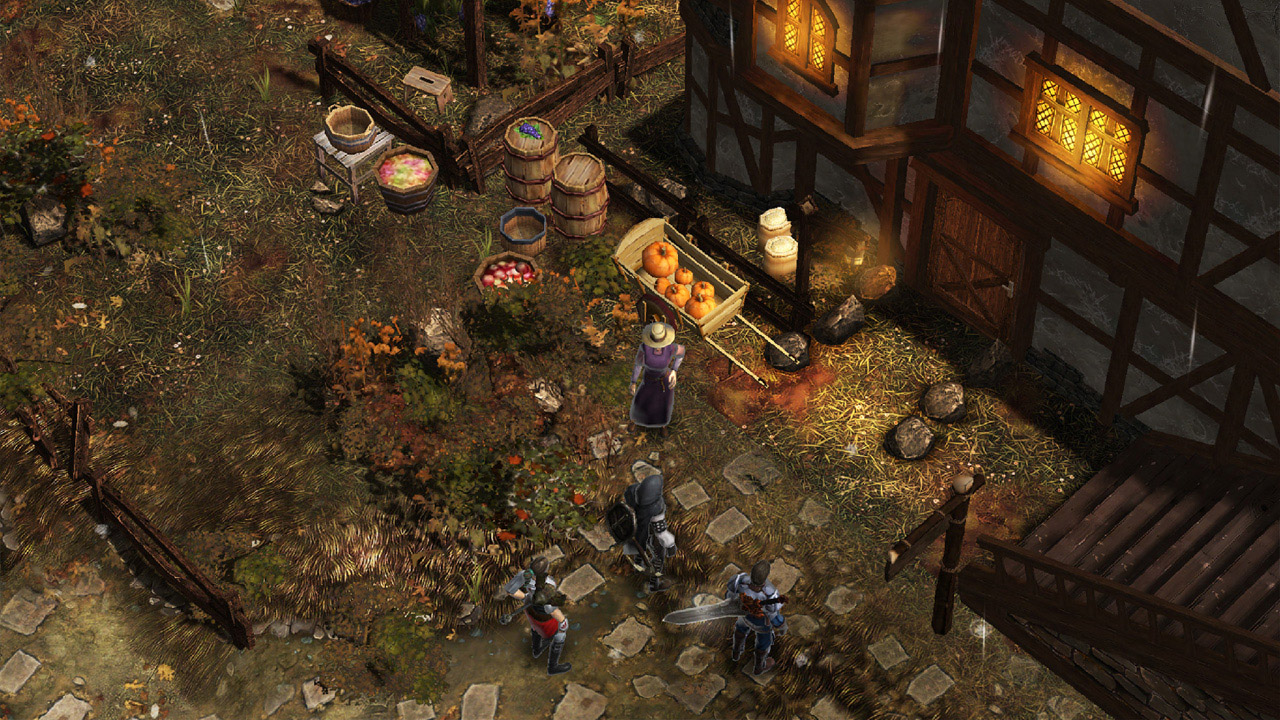 The locations featured here are engaging in general, you’ll end up passing through a bustling city, an icy land of Giants, a temple of monks, and many others. The visuals and music are both solid, with my personal favorite musical theme actually being the one used for the menu screen, although the fight/battle music did get stuck in my head. In regard to visuals, there are various areas of the game that caught my eye. I liked the look of the aforementioned Goblin Library, but even just walking around the fields was surprisingly pleasant. You’ll also see an arctic area with thick, shining ice underneath your feet, houses with stained glass windows, elegant sculptures in shrines, and so on.

You also get the chance to make some narrative choices too — these are mainly small, apart from a big one at the end. Unfortunately, there is a significant flaw with the game’s writing.

My favorite part of a story is usually the character material (which is probably why I adored To the Moon in my previous review). The characters in this game are startlingly underdeveloped. I encountered three main party members throughout my time playing, and all three were disappointing; there aren’t many times where you actually converse with them, and they simply feel rather dull on the whole, even though their introductions have potential.

Despite this, I did become fond of other characters, like the guardian Ember for my Lightbringer, Fia — the voice actor does very well with the role too, helping the character come across as endearing and cheery. I also found Darkbringer to be an interesting figure as I neared the end of the game. Both of these characters, however, also feel as if they could have been utilized more. The rest of the game is strong enough to keep you playing despite this character issue, but the shame of it is that there’s a lack of detail, rather than an abundance. 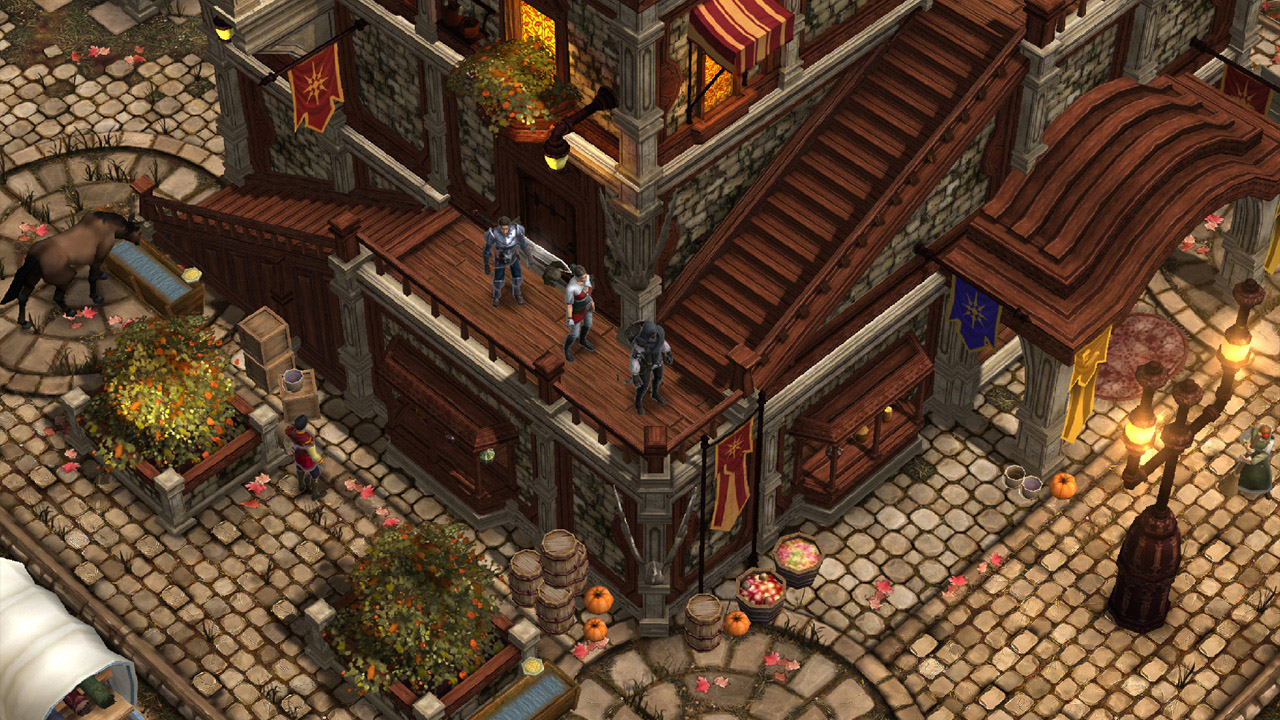 Ember focuses on exploring, fighting, and choosing dialogue and action options here and there. Exploring is done via the left analog stick, while the A button allows you to interact with things and people. Combat is real time with pause, where you can select each party member and choose how you wish to jave them attack. There are many books you can loot and read to get a better perspective of the history of the world, although they unfortunately each count as an item, meaning that they can clog your inventory. On the positive side, there is a method of expanding inventory space using small bags.

Character stats are divided into strength (melee damage), dexterity (ranged damage and critical strike chance), intellect (magic damage), and vitality (HP). Special abilities are actually tied into your gear, so that equipping different pieces can change how you attack and heal. Gear also requires base stats to be at certain levels, so you really need to pay attention to character progression.

Experience points are also handled in an unusual way — you get a bigger boost if you wait and fight for a while after each time you rest, rather than resting constantly. I found it particularly important to conserve my energy bar, as without this you cannot use your special attacks or healing spells, which can be mitigated with potions and/or rest.

I barely encountered any bugs, aside from one that allowed me to heal endlessly — I contacted the developer regarding this and they have confirmed a fix for it that will go out in the next update. (There was also a small side quest involving a raven that seemed broken for me, although it’s possible that I simply overlooked something.)

Ember is by no means a bad RPG. The gameplay, music, visuals, and plot are all decent, at the very least. Unfortunately, the character material is a significant problem; there are no relationships to actually care about here, aside from the one between the Lightbringer and Fia, and wen this isn’t really fleshed out. If you don’t mind a lack of dialogue in a traditionally lore- and character-focused gameplay format, you may actually like this game quite a bit. It’s not something that will blow you away, but it makes for a mostly enjoyable time.